Incredible Bioluminescent Sea Sparkles Cause a Glowing Shore in Wales 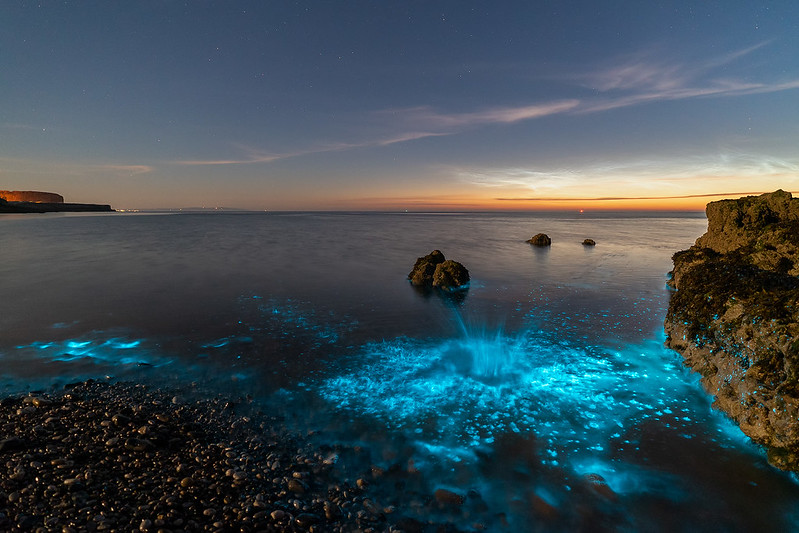 No, your eyes are not deceiving you. The glowing sea isn't the result of Photoshop, but some of nature's smallest organisms. Captured off the coast of North Wales by photographer Kris Williams, the phenomenon is caused by bioluminescent plankton. Though typically found in the warm waters of the Caribbean or Southeast Asia, the glow is a defense mechanism that Williams first spotted at Penmon Point beach on the island Anglesey a few weeks ago.

Bioluminescence is when living organisms produce and emit light. It's used by both marine and terrestrial vertebrates and invertebrates for a variety of purposes—camouflage, mimicry, communication, and defense. In the case of Noctiluca scintillans or sea sparkle, the glow is a defense for the plankton, who make their predators more vulnerable to larger predators due to the light. The bioluminescence is evident when the water is disturbed by waves—or photographers trying to get a good shot.

“I've been fortunate enough to witness the bioluminescence on the Welsh coast many times over the past five years, both in North and South Wales,” Williams shares. “You can scoop the water up in your hands and see the plankton covering your fingers like tiny stars, or swim in the water and watch as the waves light up where you swim through them. It really is something magical to see and experience!”

Aside from incredible still photographs—which are available for purchase by contacting the photographer—Williams also recorded live video of the natural phenomenon over the course of two nights. In the footage, it's amazing to see how the natural light show dances along the water. 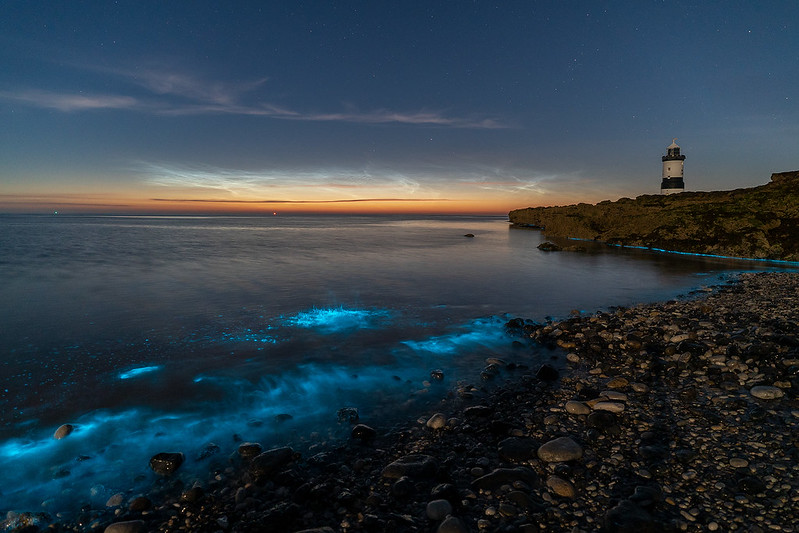 Watch this incredible video footage of bioluminescent plankton off the coast of Wales.

All images via Kris Williams.