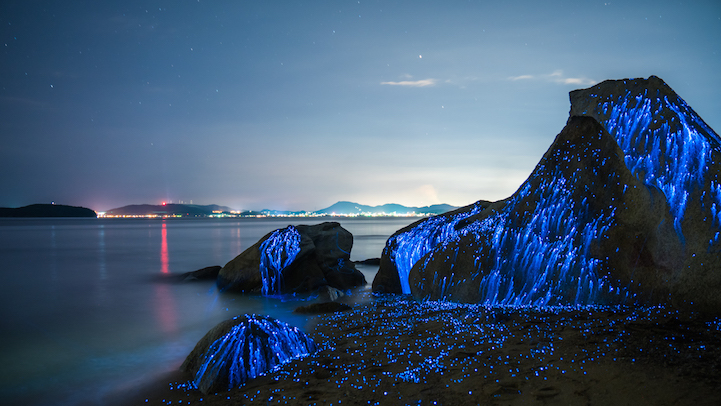 Like shimmering blue diamonds glowing amidst the night sky, The Weeping Stones, a photo series by Tdub Photo, captures the stunning glow of rare and beautiful bioluminescent shrimp against the sands of the Seto Inland Sea in Japan.

The inspiration for the series originated in 2015, when Tdub Photo—a Japanese video and photography company started by Trevor Williams and Jonathan Galione—filmed sea fireflies for the first time. The duo had shot fireflies before and took a similar approach with these subjects. “The images we shot were OK, but there was a feeling that something more could be done,” the team shared in a blog post. “This urge to do more is what drove us to create this year’s set. This set was created by pouring the ‘sea fireflies’ over rocks and points along the shore to give the impression that the stones were ‘weeping.’”

The scientific name for the species is Vargula Hilgendorfii, but the tiny 3mm shrimp are more commonly referred to as sea fireflies, and called “umihotaru” by Japanese locals. They live in the sand and shallow sea water, and actively feed at night by swimming close to shore during the high and low tides. Their glow lasts for 20-30 minutes and reignites when water is poured on them over and over again.

Tbud Photo has provided a detailed tutorial on how they created The Weeping Stones, along with instructions on how to safely capture and return the sea fireflies in their natural habitat of Okayama, Japan. 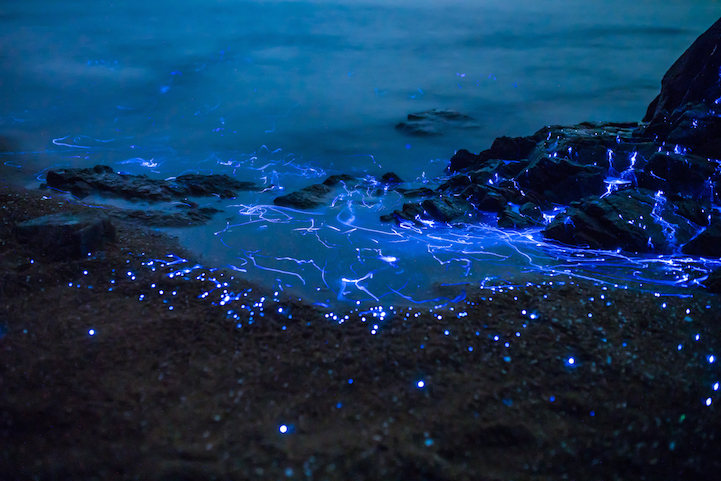 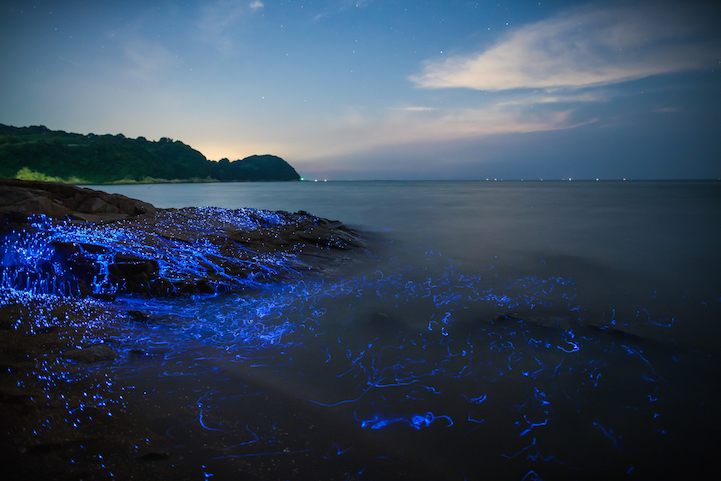 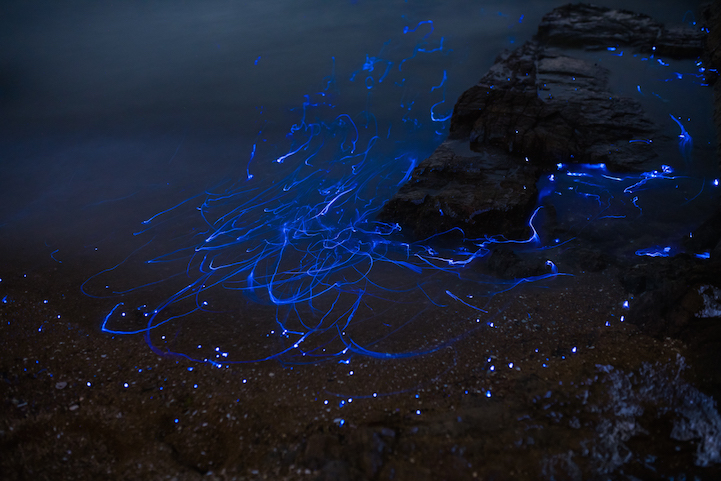 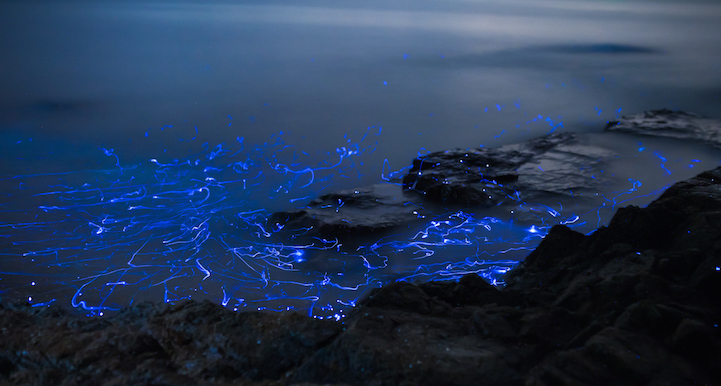 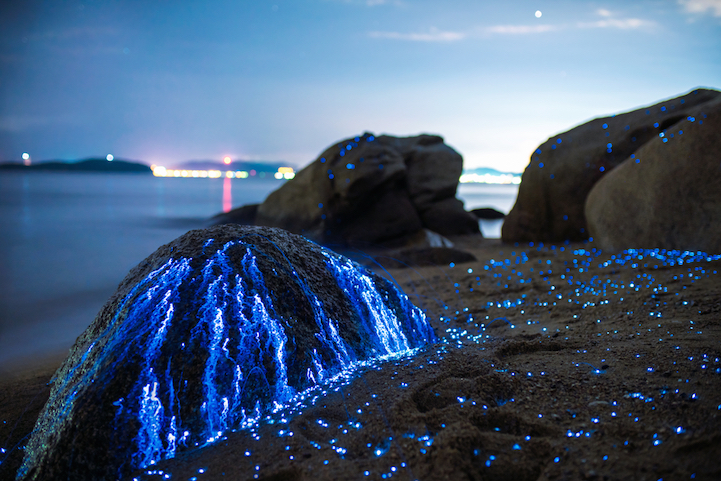 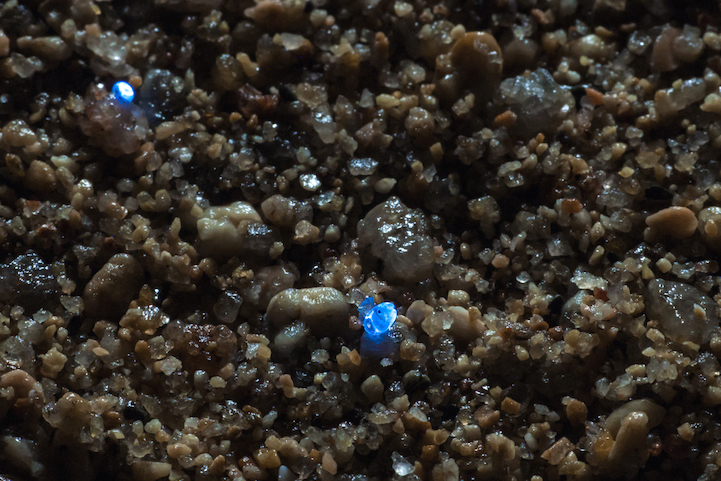 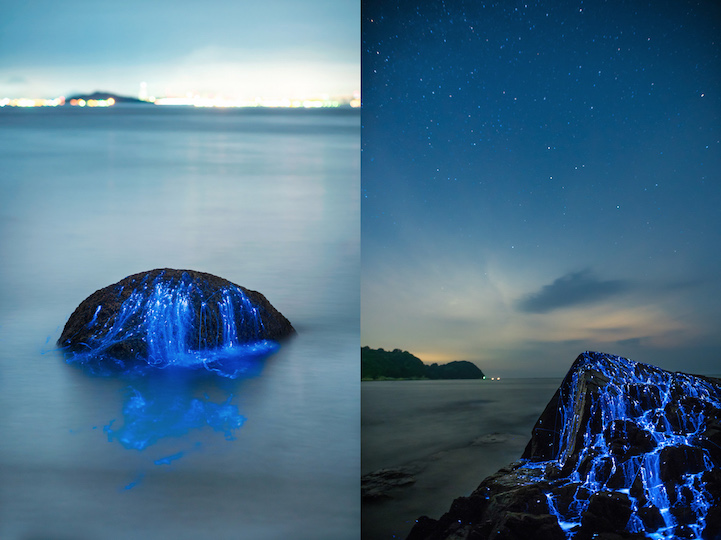 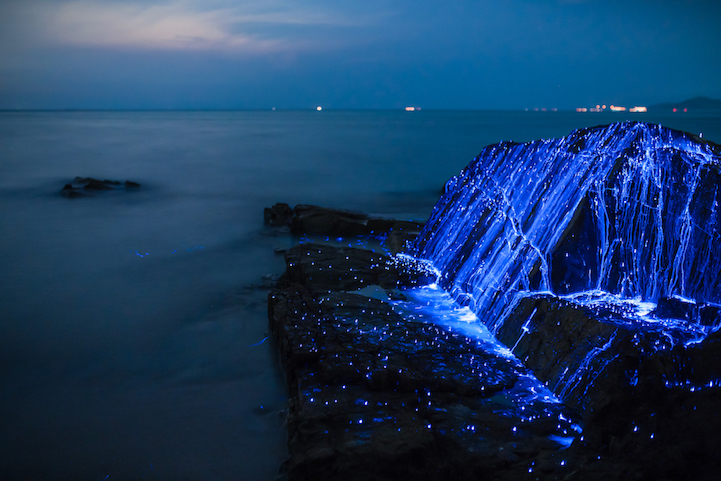 All images via Tbud Photo.