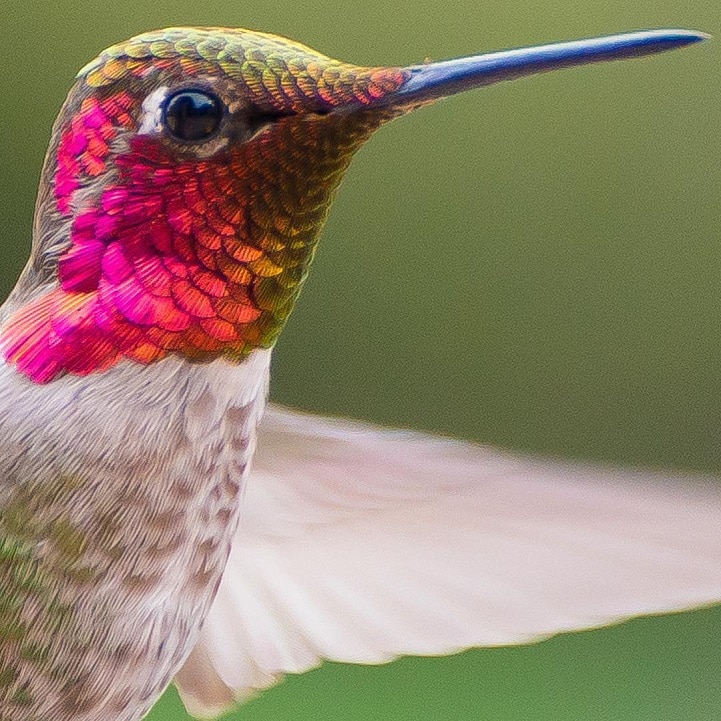 During her time at the University of California, Los Angeles, assistant researcher Melanie Barboni has made many notable contributions to the Earth, Planetary, and Space Sciences program. While most of these accomplishments are academic and directly relate to her field of work, there is one that stands out among the rest: her reputation as resident “hummingbird whisperer.”

Every day, Barboni is greeted by a group of 200 hummingbirds. At first, the birds paid occasional visits to a network of nectar-filled bird-feeders installed by Barboni outside of her office. Two years later, however, and the flittering feathered friends call the college campus “home.” In fact, they have made themselves so comfortable that they even complain if Barboni does not feed them on time! “They are so demanding,” she says, “but they know I will give them everything.”

On top of nectar and company, “everything” includes adorable, personalized names. So far, Barboni can recognize and identify 50 of the birds by name, including Squeak—her “first friend at UCLA”—and Stardust, and Zircon, her chicks. Today, Squeak and Barboni remain particularly close. The little bird will perch on her finger, visit her in her office, and even sleep on her computer monitor to keep warm. “That is where she spends her nights when it is cold or windy outside,” she explains.

While Barboni has had a lifelong fascination with hummingbirds, it wasn't until her time in California that she encountered them. Originally from Switzerland, her experiences with the tiny birds were limited to what she had read and observed in books. “My dearest dream as a child was to see hummingbirds,” she recalls. “Imagine my joy when I found out that my next job assignment would bring me to Los Angeles, where hummingbirds live year-round.”

Now, Barboni is surrounded by the shimmering creatures, who continue to inspire her with their beauty, brains, and friendship. “They are just so cute, and so smart! They remember you. They get to know you, and then they interact with you,” she says. “I cannot go to a place where they are not there. This is cheesy, but I have seen them help people. They make my life happy. Having a crappy day? Who cares — there are hummingbirds around. Having a good day? Hummingbirds make it better.”

Melanie Barboni, a “bird whisperer” and researcher at UCLA, has formed an unbreakable bond with 200 hummingbirds. 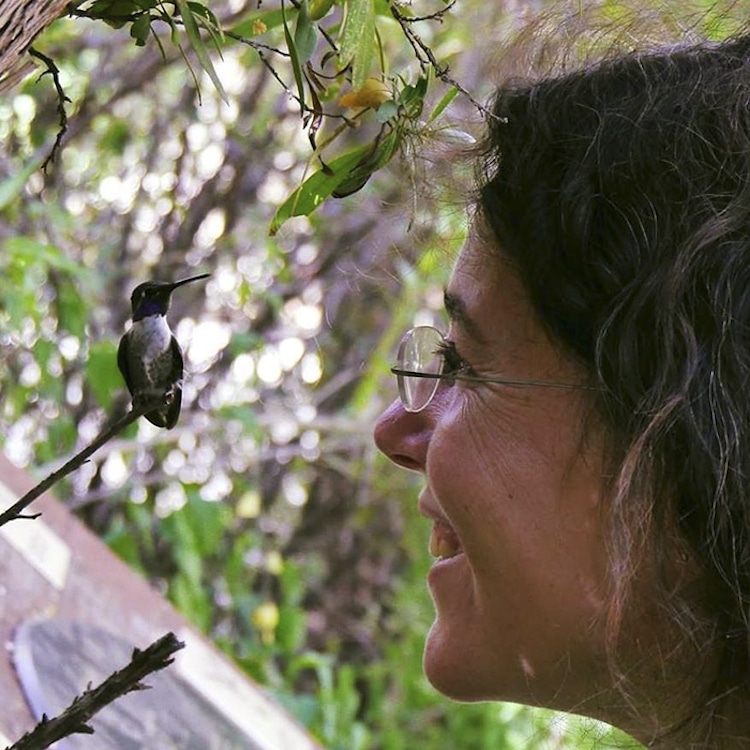 She initially attracted the hummingbirds by hanging bird-feeders outside of her office. 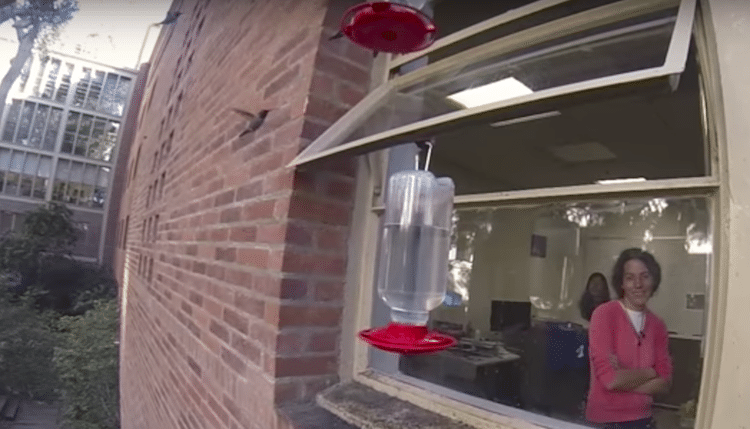 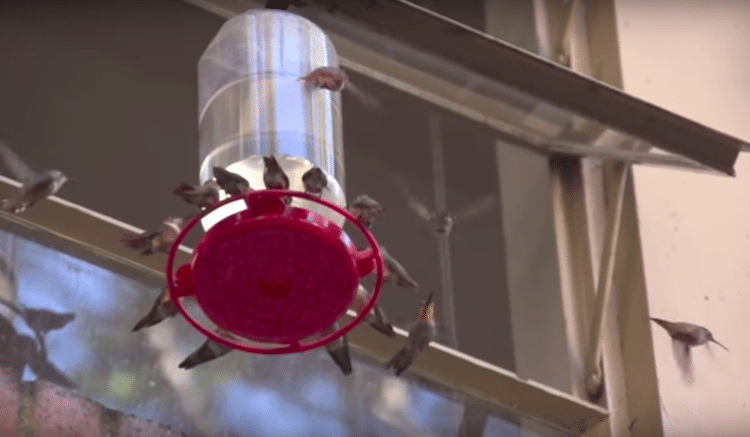 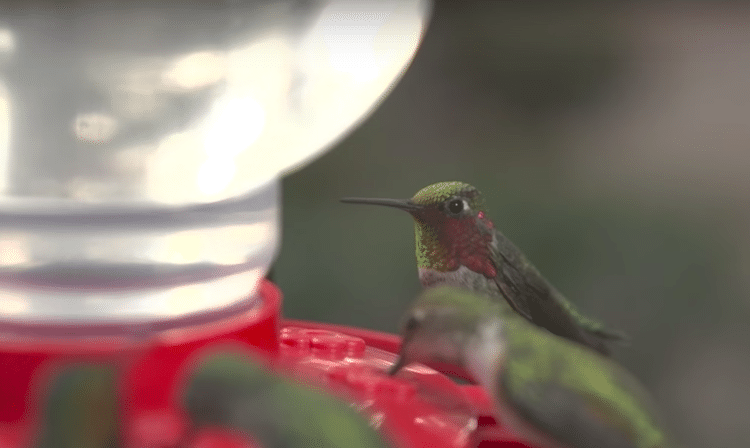 Now, she is friends with the birds, who she has even named. 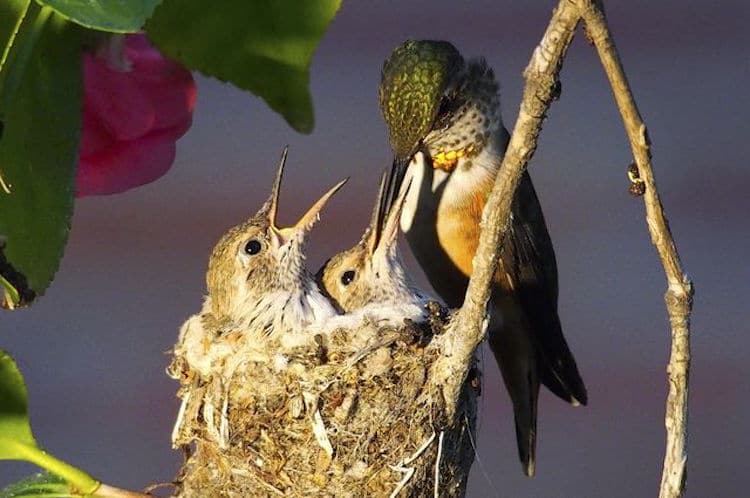 Find out more about their feathery friendship in the video below.

All images via UCLA unless otherwise stated.