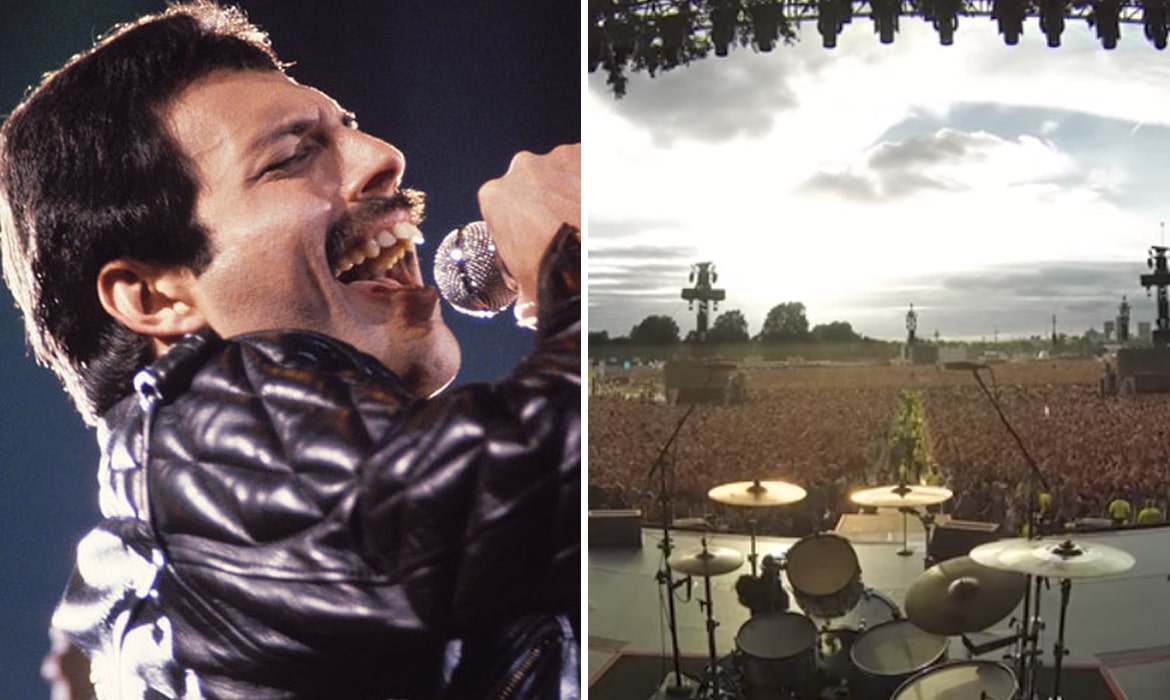 When you’re at a concert, waiting for your favorite performer to take the stage can be a bore—even with other music playing over the loudspeakers. Most of the time, these ambient tunes are ignored. After all, you’re there to see a live act, not listen to the radio. During a recent Green Day concert in London, however, this pre-show ritual might’ve been better than the main performance. A crowd of 65,000 fans broke into a giant, all-encompassing singalong when Queen’s iconic single Bohemian Rhapsody started to play.

The entire song was captured on video—start to finish—from the behind the drum kit of Tré Cool. It shows an empty stage but beyond that, every inch of Hyde Park occupied by people. Together, the attendees' voices grow louder as they realize how many folks are joining in. The climax of the spontaneous performance hits during Brian May's unforgettable guitar solo. At that point, people can’t stand still; they start jumping around, celebrating the greatness that is Bohemian Rhapsody.

With a energetic response like that, it’s no wonder that Freddie Mercury is one of the best singers of all time. Watch the entire video below. We bet you’ll start to singing along too!

Queen's iconic single Bohemian Rhapsody is one of the greatest singalong songs of all time. Need proof? Watch a crowd of 65,000 London concert goers perform it while waiting for Green Day to take the stage.