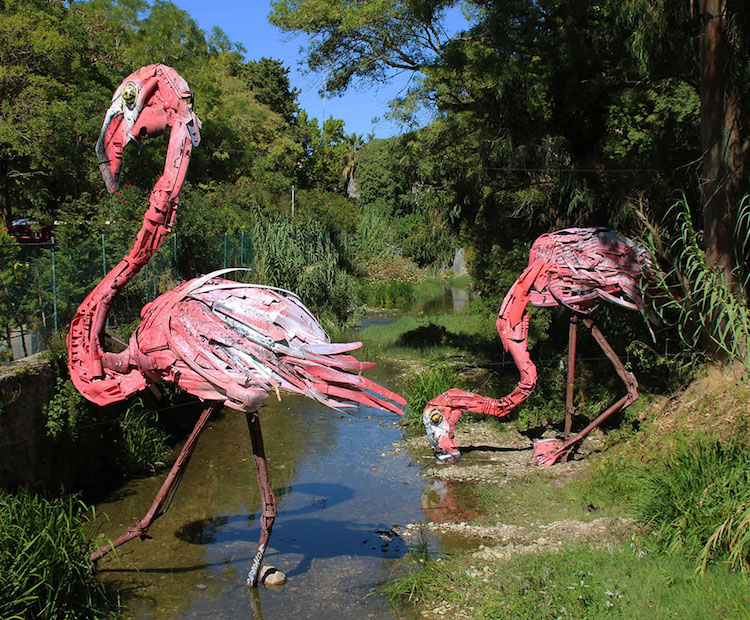 Portuguese artist Bordalo II has had a busy summer as he sped from Aruba to Estonia installing his animal sculptures in public locations. A close look unveils the fact that these creatures are uniquely formed from reclaimed materials. In the hands of Bordalo, tires, car bumpers, door panels, and entire vehicles are cut and shaped to create the final sculpture. While many artists' first stop in town may be an art supply store, he instead makes his way to the local junkyard, sourcing material in a manner that shows his visionary eye for what these scraps can become.

The media itself is central to Bordalo's mission. “The idea is to depict nature itself, in this case animals, out of materials that are responsible for [their] destruction,” he shares. “Sometimes people don’t recognize that their simple routines are too much, we are using too many resources too fast and turning them into trash, waste, and pollution.”

In addition to a stop in Arkansas for The Unexpected, the artist completed several works in Aruba for the Aruba Art Fair. A brown pelican—an animal removed from the endangered species list in 2009—is affixed to a rusting ship and bobs in the clear waters, mirroring the plethora of pelicans found on the Caribbean Island. In Estonia, the artist created a flying squirrel—a rare mammal in Europe that is only found in Finland and Estonia. In recent decades, the flying squirrel has seen its habitat disappear due to deforestation, causing an alarming decrease in the population. Thus, Bordalo's public sculptures provoke the viewer beyond their aesthetic beauty, pushing contemplation about how human actions impact local fauna. 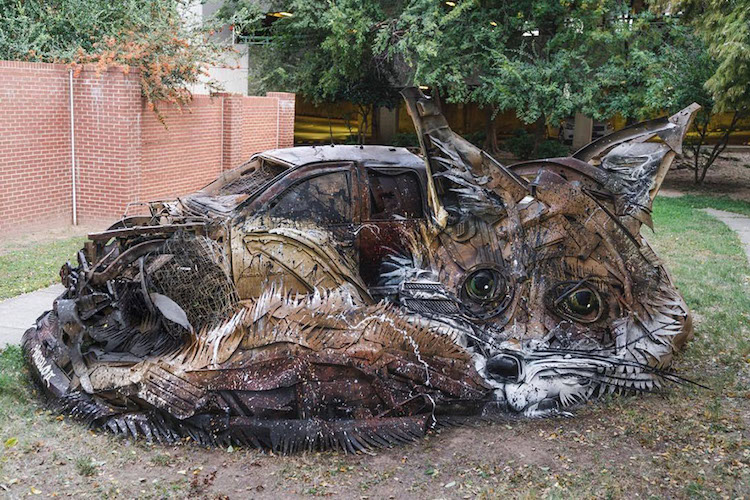 Fox in Forth Smith, Arkansas for The Unexpected Festival 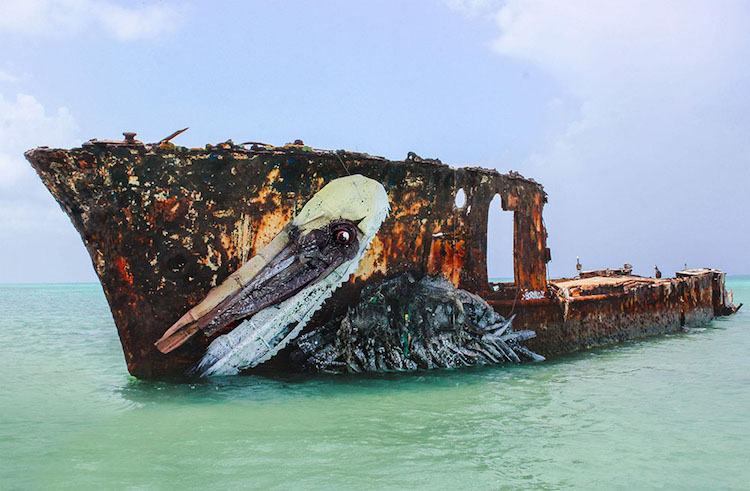 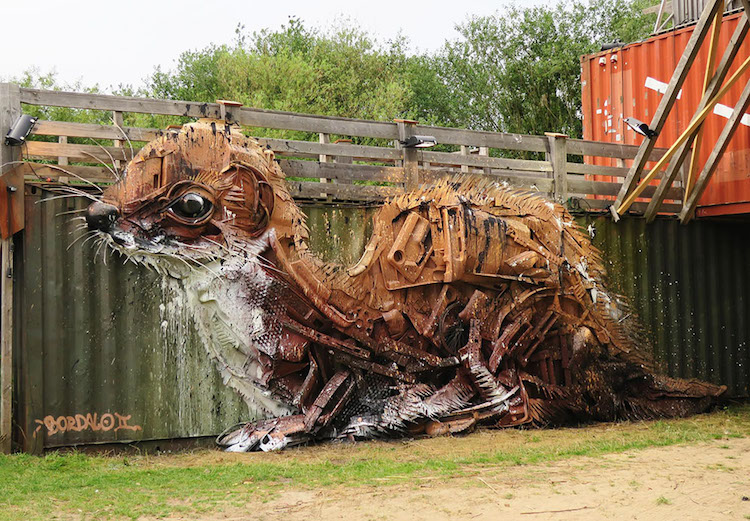 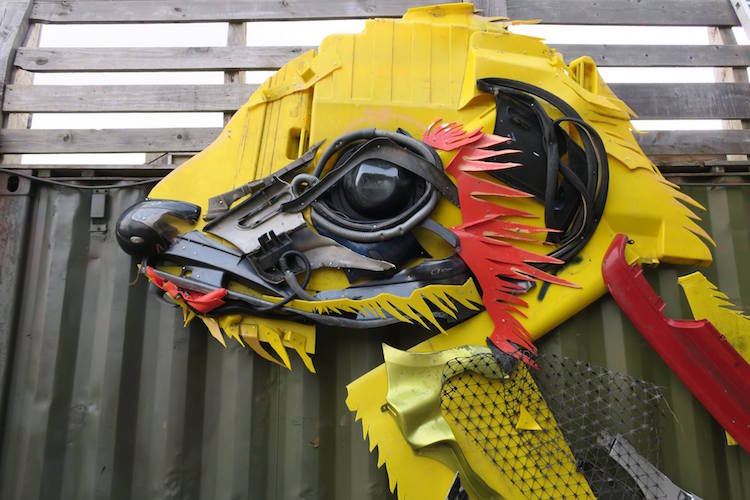 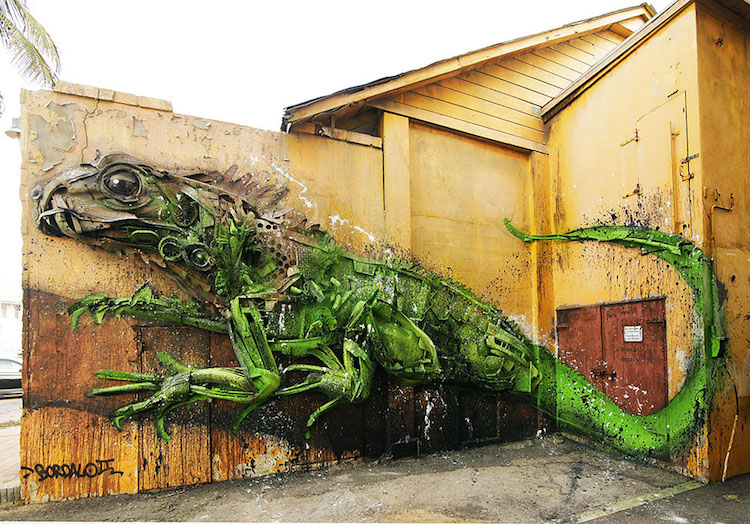 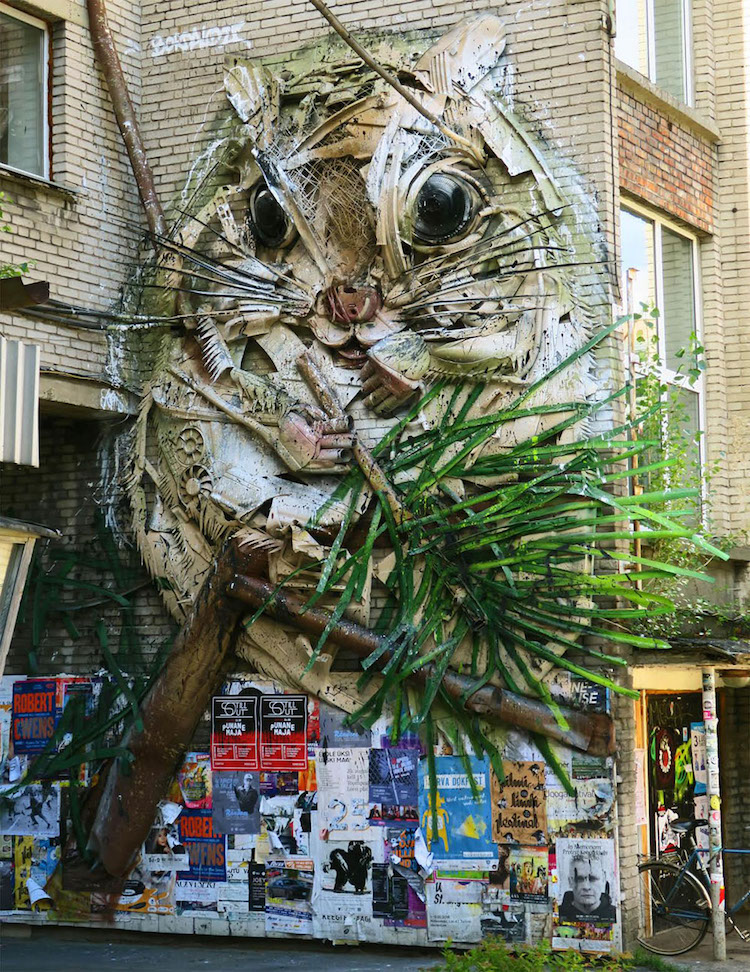