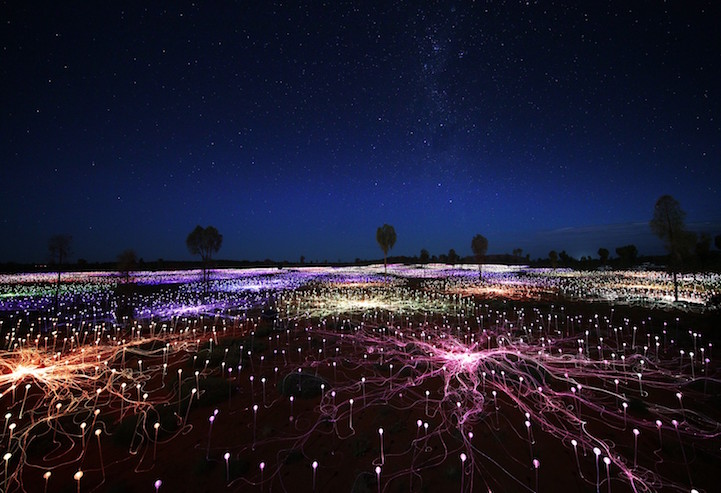 In 1992, British artist Bruce Munro made a trek to central Australia's Uluru sandstone through the Red Desert. During his journey, Munro felt a deep bond with the “energy, heat, and brightness of the desert landscape” and recorded the experience in his sketchbook. Over the course of the next decade, he developed the Field of Light installation as an embodiment of what he saw and perceived. Munro explained, “I wanted to create an illuminated field of stems that, like the dormant seed in a dry desert, would burst into bloom at dusk with gentle rhythms of light under a blazing blanket of stars.” This first iteration was displayed behind his family home in Wiltshire, England.

Since its initial showing, Field of Light has been reproduced in various locales around the world, from Scotland to England to the United States. Now, it's finally in Uluru, the place that first inspired such a compelling, otherworldly visual. This site-specific piece is part of Munro's overall light series, but takes on a different name–it's called Tili Wiru Tjuta Nyakutjaku, meaning “looking at lots of beautiful lights” in Pitjantjatjara–the local language of the Aboriginal people who live in the region. Visitors to the spectacular installation will certainly experience this as they stand among thousands of small orbs whose colors ebb and flow across the landscape.

Tili Wiru Tjuta Nyakutjaku will be on view from April 1, 2016 through March 31 of next year. 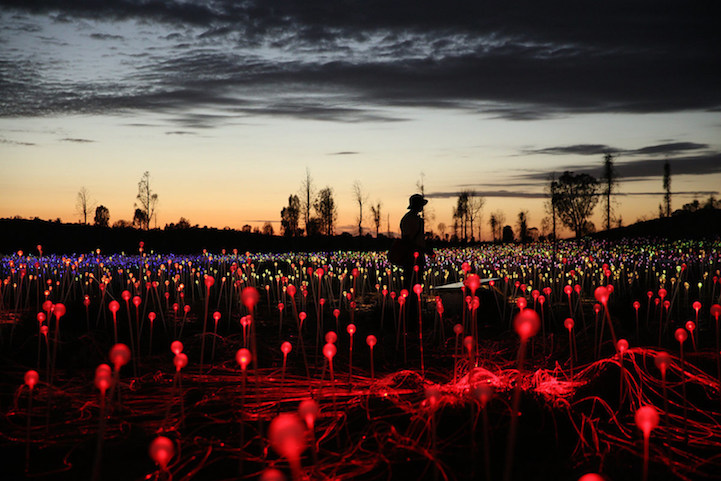 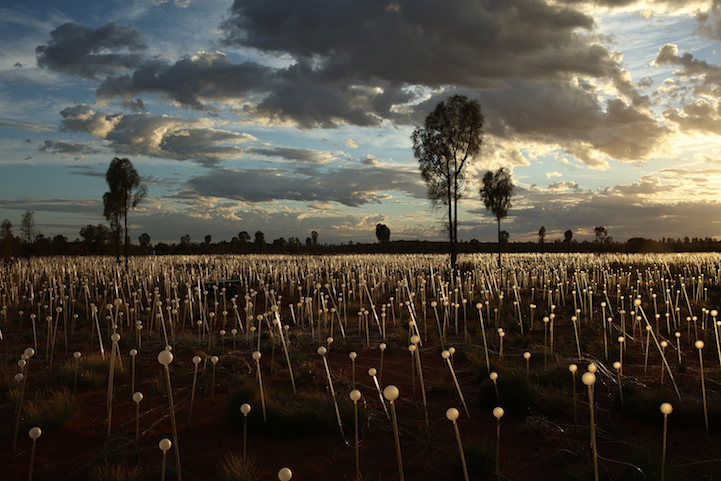 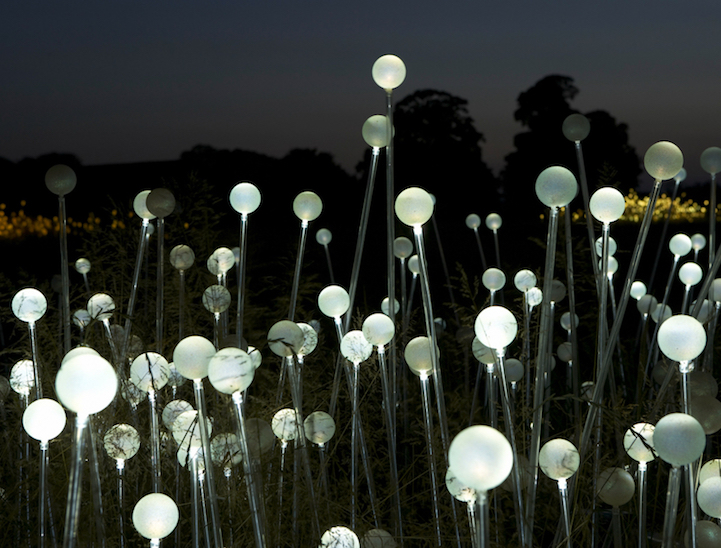 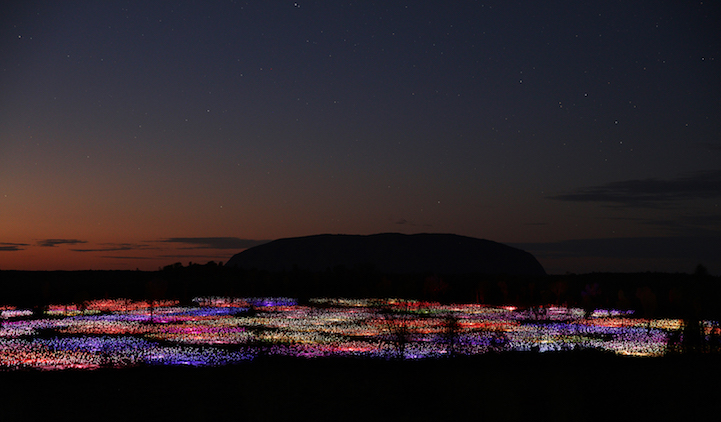 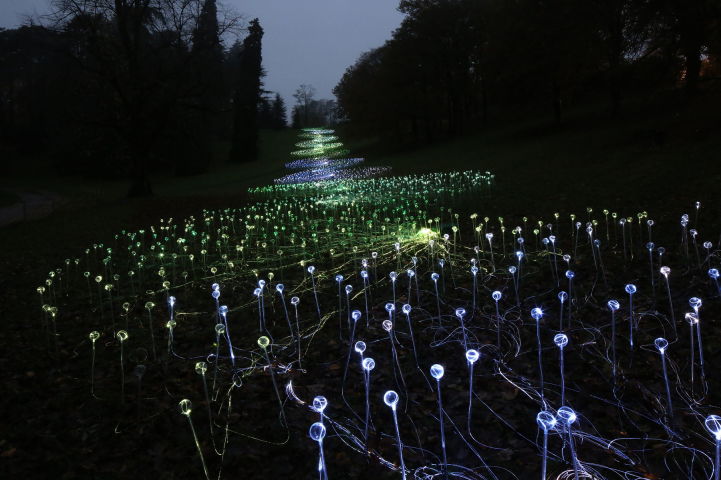 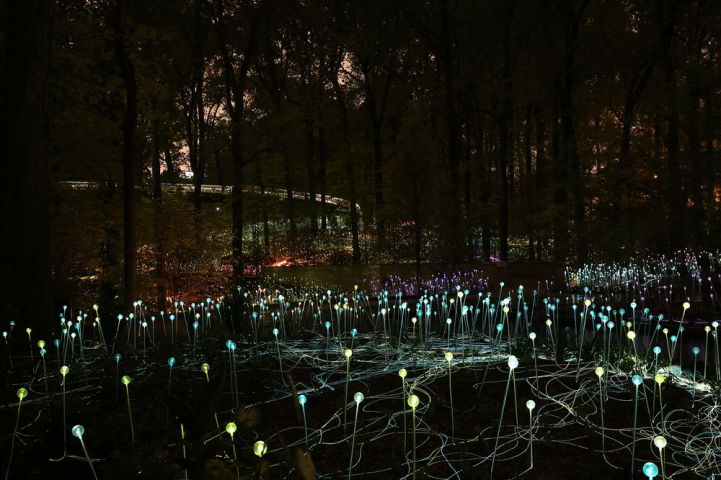 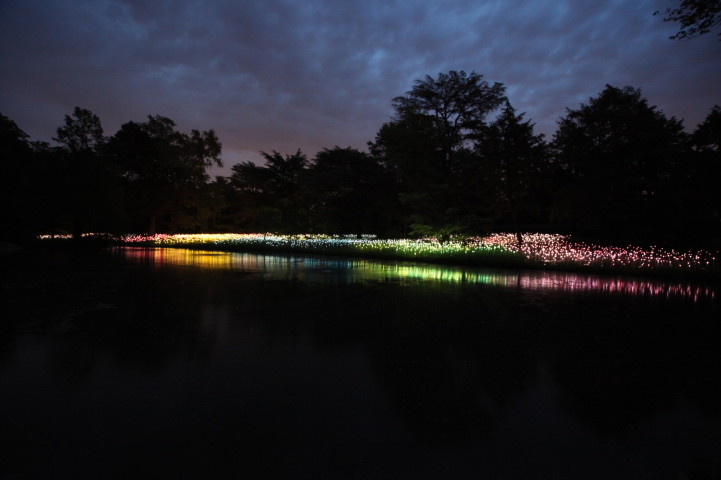 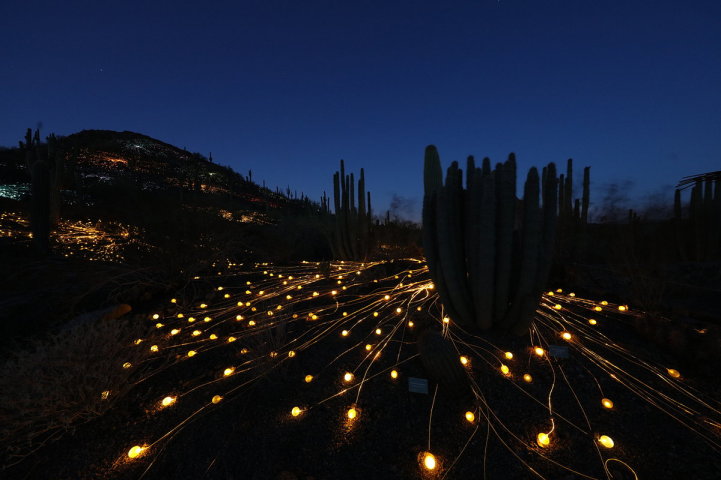 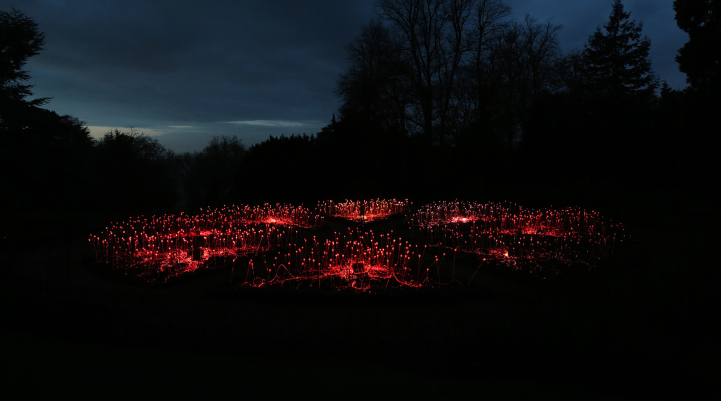 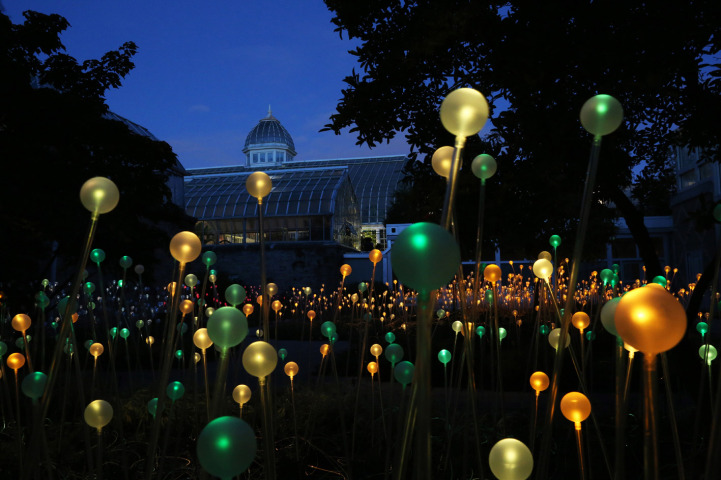