By Madeleine Muzdakis on January 1, 2021 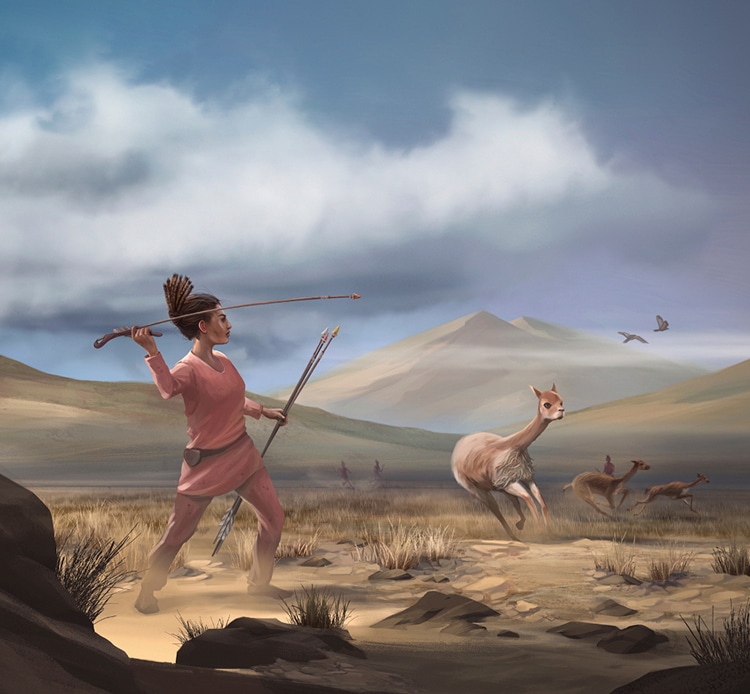 An artist illustration depicting a female hunter who may have appeared in the Andes 9,000 years ago. (Photo: Matthew Verdolivo/UC Davis IET Academic Technology Services)

It is common knowledge that our prehistoric ancestors were hunters and gatherers. Men stalked game while women collected edible plants—or so the accepted story goes. A new paper published in Science Advances upends this accepted division of gendered labor. In 2018, a team of anthropologists discovered an important 9,000-year-old grave at Wilamaya Patjxa, a site in the Peruvian Andes. After several years of study, the researchers have published details on the fascinating prehistoric individual they found: a teenage female big-game hunter. The paper contends that far from being an anomaly, this ancient woman may have been more the norm than has long been believed by anthropologists.

The researchers discovered the young woman's remains in degraded condition. However, testing of bone fragments showed she lived and died during a prehistoric period known as the Early Holocene. Other tests confirmed the remains were female, and that the individual ate meat. The woman's diet makes sense given that her burial site contained stone projectile points and tools for meat processing. This big-game hunter's toolkit seems to have been a purposeful inclusion in the grave. Like other grave goods, it likely signals the status of the deceased. This young woman—thought to be between 17 and 19 years of age—was clearly a hunter who could help provide the meat she consumed. Found nearby was another hunter, a male between 25 and 30 years of age. They both may have hunted animals such as the vicuña, which still roams the Andes today. These two individuals are the oldest hunter burials discovered in the Americas.

While excited by their find, the researchers did not want to assume the Wilamaya Patjxa female to be typical of other prehistoric hunter-gatherer traditions. Under anthropologist Randall Haas from the University of California-Davis, the team searched through 429 records of 107 burial sites in the Americas dating to the Late Pleistocene and Early Holocene. In total, 27 buried individuals could clearly be identified as hunters. 16 were male and 11 female. The researchers concluded, “The sample is sufficient to warrant the conclusion that female participation in early big-game hunting was likely nontrivial—greater than the trace levels of participation observed among ethnographic hunter-gatherers and contemporary societies.”

In short, something shifted in the gendered division of labor over thousands of years. Additionally, modern biases may have affected the recording and study of prehistoric females; perhaps some ancient huntresses have been mislabelled or neglected in the historical record.

You can read the paper in Science Advances to learn more about this prehistoric female hunter.

Researchers discovered the burial of a prehistoric teenager in the Andes Mountains—she appears to be a female hunter.

After surveying records of other burials, the team discovered that female hunters account for 11 of the 27 known hunter burials from the Late Pleistocene and Early Holocene periods.

This indicates that the gendered division of labor among prehistoric hunters and gatherers was more equitable than many believed. 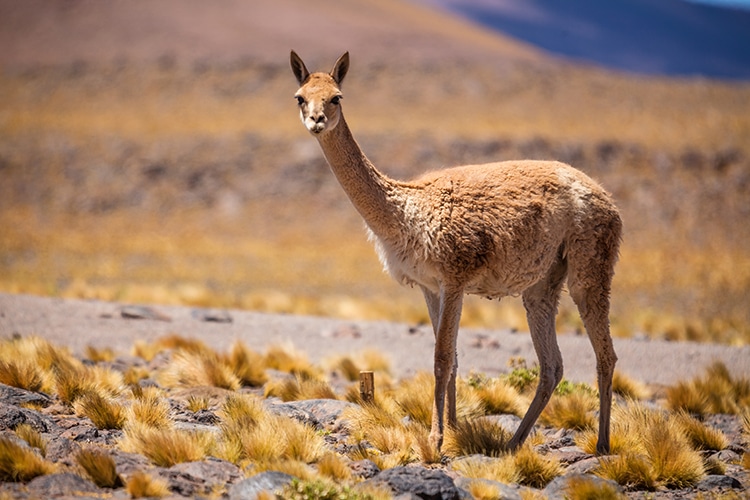 A vicuña in the Andes Mountains. These may have been the prey of prehistoric hunters. (Photo: Stock Photos from OLICLIMB/Shutterstock)