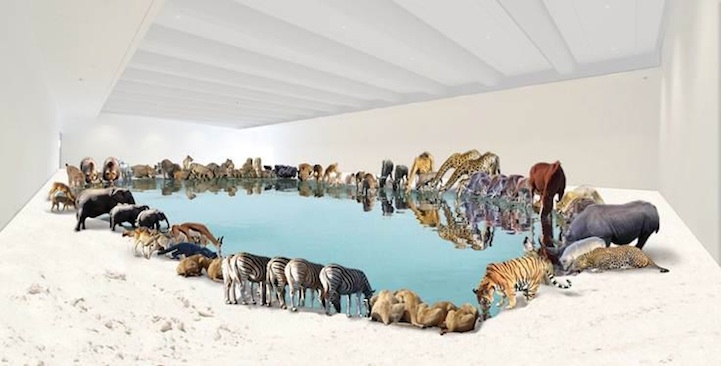 Artist Cai Guo-Qiang is going to create a brand new installation that, no doubt, will have everyone talking. Called Heritage 2013, it will be the epic centerpiece of an exhibition coming to Queensland's Gallery of Modern Art (GOMA) from November 23, 2013 to April 21, 2014. Gathered together around a watering hole will be 99 life-sized artificial wild animals from around the world. The huge installation is meant for us to reflect on our relationship with nature as well as how we relate to each other in this time of globalization. 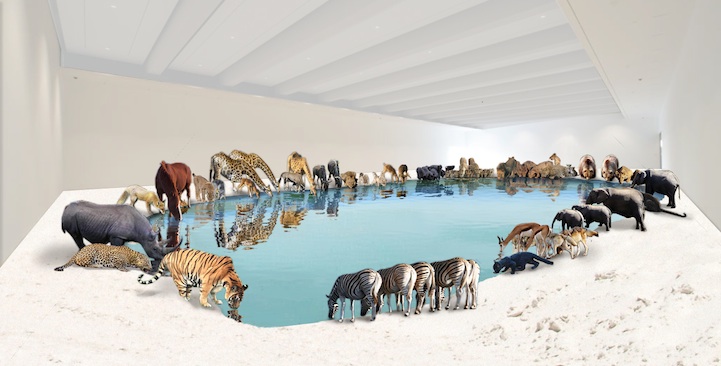 The Chinese contemporary artist, who most recently made headlines his explosive, otherworldly works, has decided to turn his attention away from the universe and, instead, look more closely at the Earth, our common home. Hence, the upcoming exhibition will be called “Cai Guo-Qiang: Falling Back to Earth.”

In addition to Heritage 2013, Guo-Qiang will bring back his 2006 work Head On, which features 99 life-sized artificial wolves configured as a large group, leaping into the air before crashing into a glass wall. The thought-provoking work asks viewers to reflect upon mankind's destiny to repeat its mistakes. 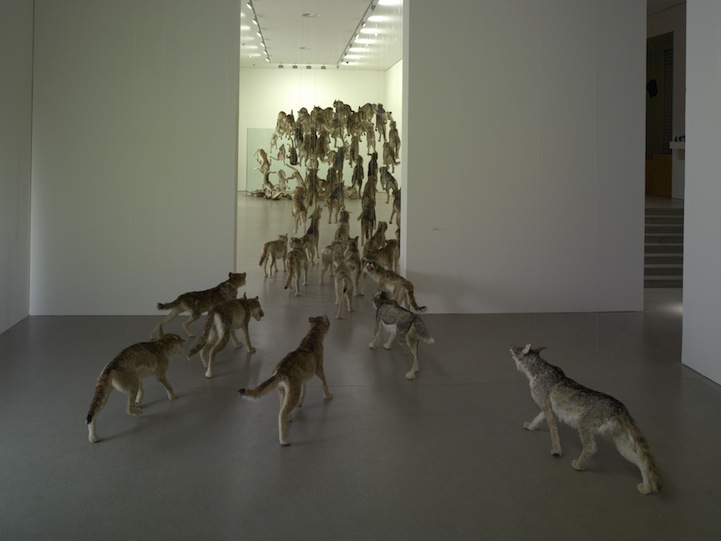 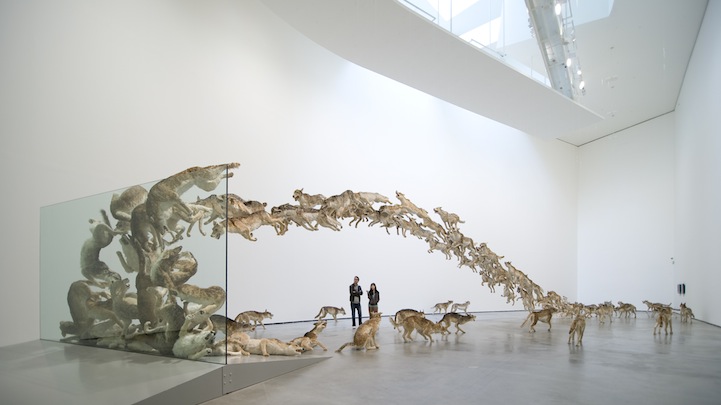 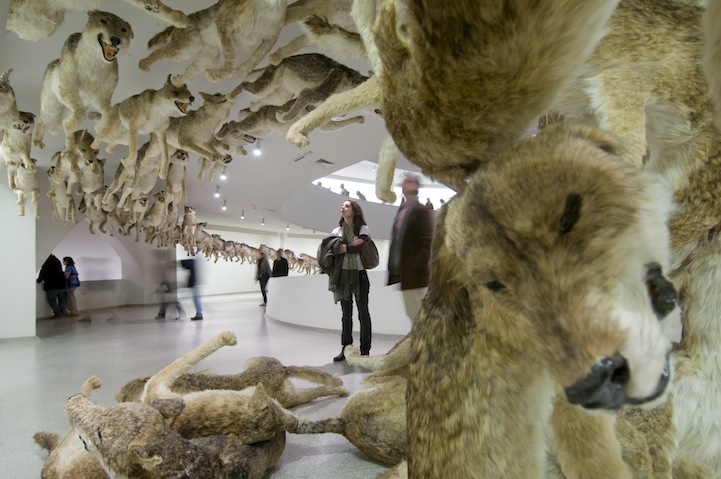