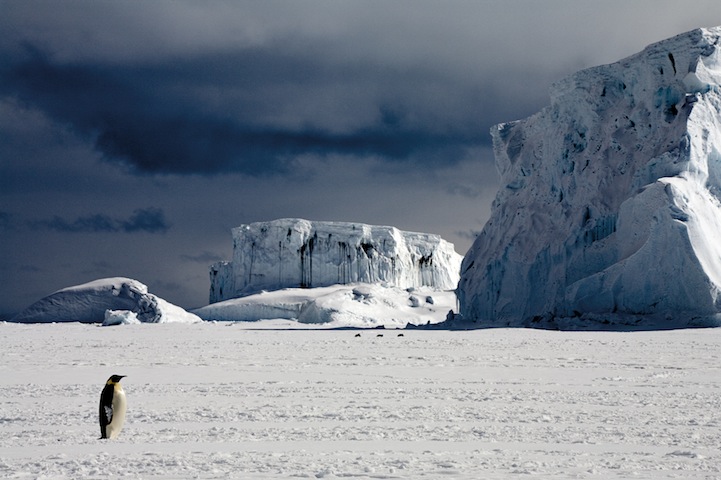 Photographer Camille Seaman has spent the past decade of her career capturing the beauty and fragility of polar regions like Antarctica, Greenland, and Svalbard. This passion has resulted in extensive collections of breathtaking landscapes that document the accelerating effects of global warming.

She says, “There is a quality of light and stillness that exists in our Polar Regions unlike any other place on our planet. The Poles are unforgiving and hostile places, meant to humble us and remind us that we exist in a fragile and precarious pale blue dot in space.”

As her work has developed, Seaman's deep appreciating for nature has translated into raising a continued environmental awareness through her images. She brings the beauty and wonder of far off places to everyone in her new book, Melting Away: A Ten-Year Journey through Our Endangered Polar Regions (published by Princeton Architectural Press), which features a collection of her best photographs across the years. It is currently available for pre-order and will be released on December 2, 2014.

We had the fortunate opportunity to ask the artist a few questions about her work. Be sure to check out that interview, below. 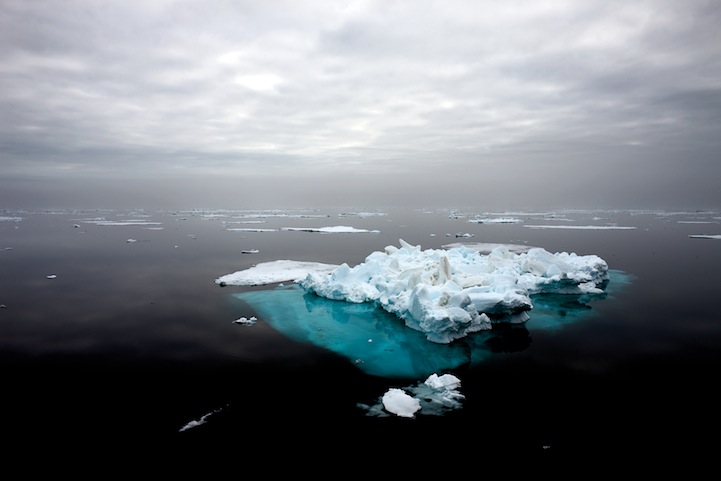 Can you tell us a little about your background and your Native American heritage?
My father is a Shinnecock Montaukett, a small fishing tribe situated at the eastern end of Long Island in NY. Growing up my family raised me to know that I was part of a larger interconnected ecosystem, that I was literally part of this planet. All of the creatures I share it with are related to me directly. That human beings are not above or separate from this thing we call “nature”. I was taught that I must respect and honor every aspect of life on Earth and to think myself exempt from the order of things on Earth was at my own peril. I did not fully grasp that this was an unusual perspective or way to be raised until I was older.

Where were these photos taken and during what time span?
The photos in the book MeltingAway are only a small glimpse of the total time I spent making images in both the Arctic and Antarctic. While I first began making images in 1999 the book contains a scope of images ranging between the years of 2003 and 2011. I include images from Svalbard, Greenland, Canadian Arctic as well as various locations in Antarctica. In the beginning I was on my own exploring, then was hired as Expedition photographer on various tourist and research vessels. 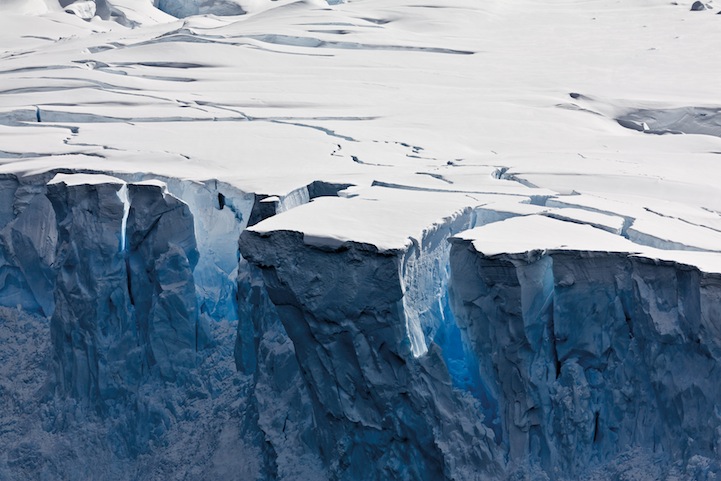 What does the title Melting Away mean to you? Is there a message you are trying to send through your photographs and book?
When I first began traveling to the Polar Regions I had no idea what climate change was or global warming. I made images simply with the desire to share the beauty and awesomeness that was part of our home, our planet our heritage. But as the years passed I could not help but become aware of changes I was witnessing happen not in geological time but within my own human scale. The ice and snow were less and less in the Arctic and watching Polar Bears swimming over great distances in the cold sea was creating a hard pit in my stomach. Meanwhile in Antarctica it was raining and snowing more, I even lost a camera to the sea when because my camera strap was so saturated with wet it came undone as I stepped from zodiac to the shore. Melting Away in front of my lens, watching changes occur wondering would my grandchildren have this place to honor and witness in 50 or 100 years?

What makes you so drawn to photographing the Arctic and Antarctic?
There is a quality of light and stillness that exists in our Polar Regions unlike any other place on our planet. The Poles are unforgiving and hostile places, meant to humble us and remind us that we exist in a fragile and precarious pale blue dot in space. When I am there I understand that I am of this Earth that it is my only home and that it shelters me from the dark cold void of the great space around us. It is my goal that my images spark an emotion that encourages a relationship and acknowledgement (with the viewer)of what it means to be here on Earth and call it our home. 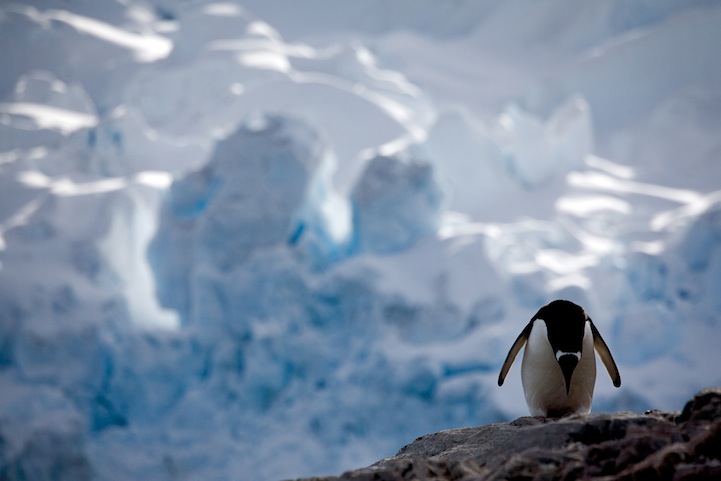 I am in the final stretch of my ten year project of chasing storms here in the US. I will complete that body of work within the next three years and after that I am pleased to admit that I have no idea what comes next. I am looking forward to more of the amazing and wondrous experiences that I am honored to witness and document. 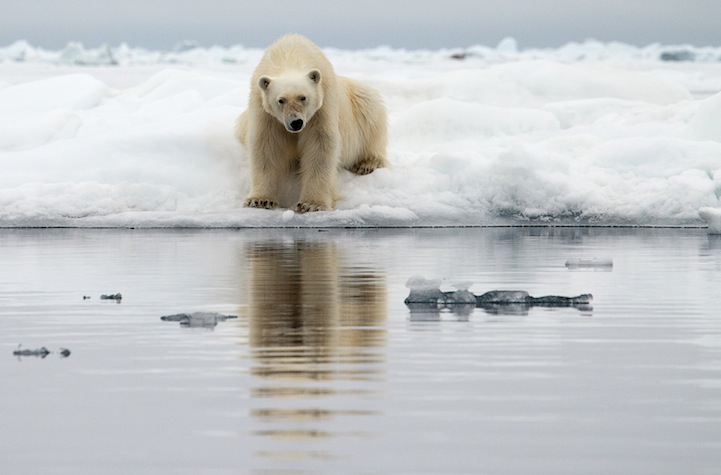 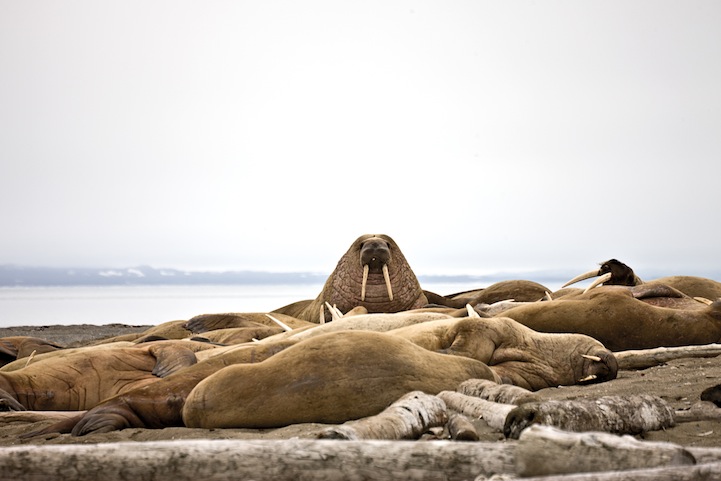