Have you seen the new Captain America movie? If so, then these vehicles should look very familiar to you. Designed for the movie by vehicle designer Daniel Simon, all the concepts took inspiration and guidance from the early 1940's as well as from Marvel's universe. Overall, Simon created seven different vehicles between 2009 and 2010. Below, a brief description about each vehicle follows their photos. 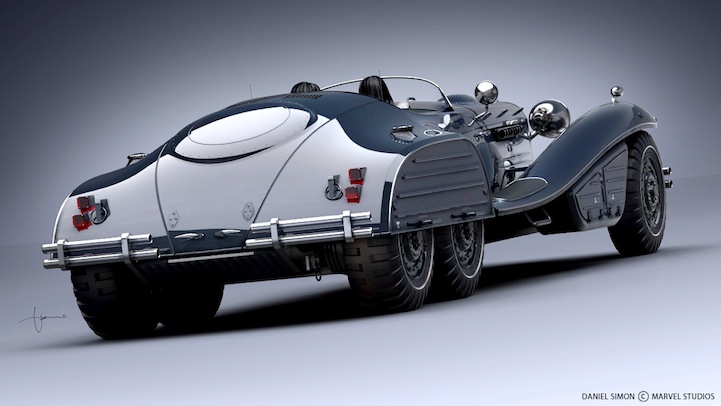 The Schmidt Coupe's design blends styles from Mercedes, Bentley, and Duesenberg. Meant to have a mixture of elegance and power, the coupe has a largely streamlined design while hinting at its military use. Check out the tool box mountings under the front fender and its body enforcements. This is specified to be “the fastest road car of its time.” 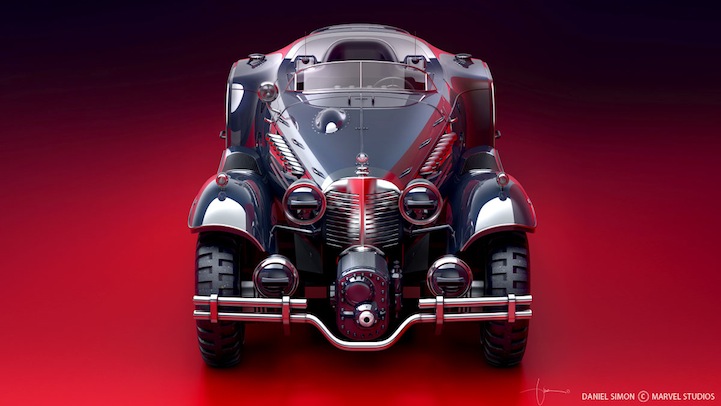 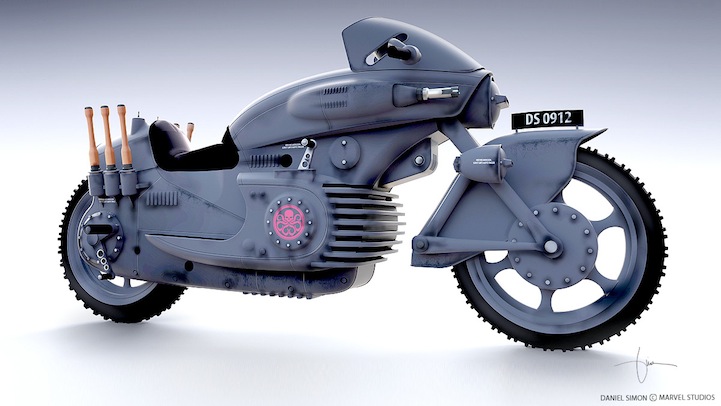 Originally, the Hydra bike took inspiration from a classic Harley Davidson V-Rod frame but had to be changed later to accompany the script's call for more action in the movie with the bike. Therefore, an Enduro-Offroad bike became the base design. This changed the bike into one with a much more simple design that could easily be produced. 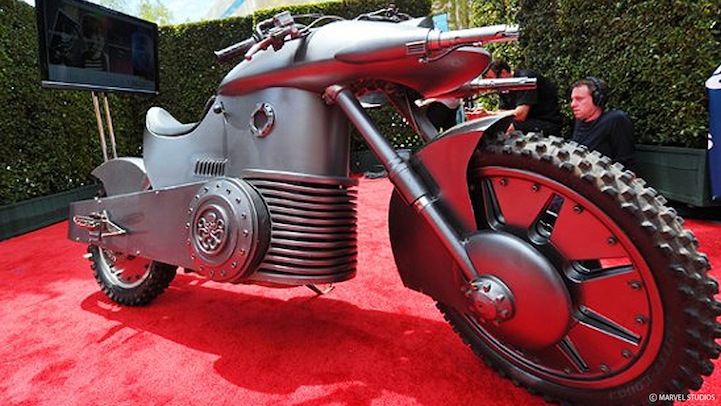 Originally wanting to do a twin system with two cannons and two treads for both sides, the design was changed to the one seen here. Meant to give the feel of a massive neck and shoulders, the tank features a secondary mini-turret and a ramming device on the front, which was the only real action the tank got to use by the end of filming. 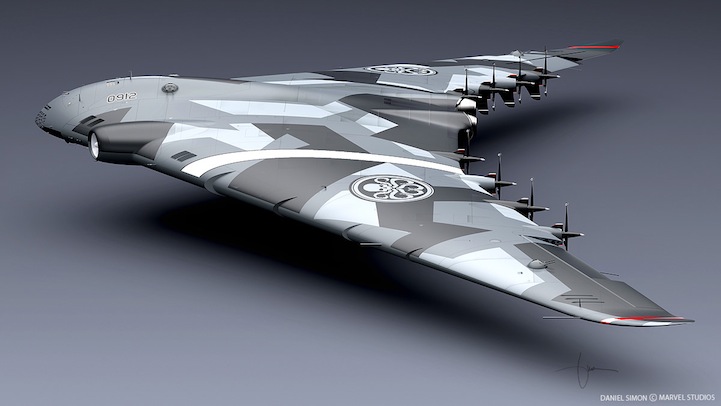 Meant to include smaller attached mini-bombers, the Hydra Flying Wing was suppose to be an absolutely massive aircraft carrier. The biggest challenge, according to Simon, was designing the the hatch system for the smaller bomber planes since it had to look, from the outside, integrated. It also had to connect seamlessly with the large interior set. To capture the wing on film, the model's wingtips were dragged down as much as possible to get a good shot of the supposedly massive machine. 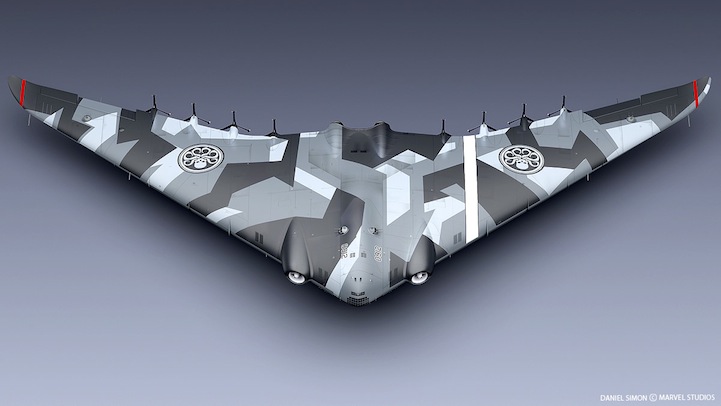 The Hydra Parasit are the bombers attached to the wings of the Hydra Flying Wing, as seen above. The white line around the center of the bomber marks where the plane and bomb meet. In theory, the vehicle is supposed to work by having the pilot drop the bomb, then it should be able to fly back with the remains of the bomber. 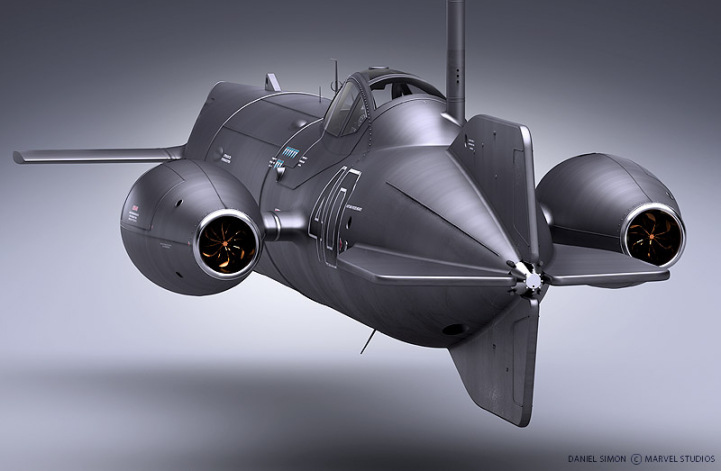 The submarine's original design had stickers, some weathering, and a good stereo, Simons joked. But those concepts were removed when the final product came around.