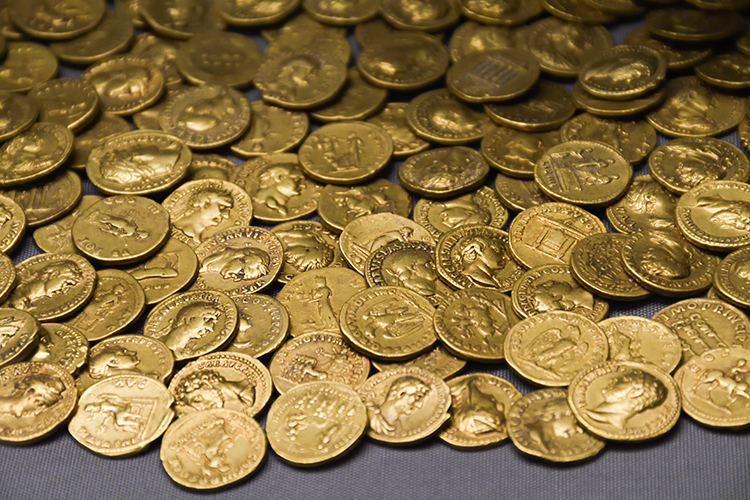 Ancient coins on display at the British Museum; the Celtic coins recently discovered are likely to end up in similar museum contexts. (Photo: Stock Photos from CRISTINA.A/Shutterstock)

In September 2020, a British bird watcher stumbled upon real buried treasure. While this sounds like the makings of a tall tale, it's not—ancient treasure hoards exist all over the world. (In fact, they are still being discovered.) The United Kingdom, in particular, is a hotbed for accidental finds and metal detector enthusiasts.

This new accidental find by an unnamed Brit totals 1,300 gold pieces which appear to be handmade coins from the first century CE. The Iron Age Celtic coin hoard is thought by researchers to date the reign of the warrior queen Boudica, who led her people in revolt against the Roman occupation of Britain. The discovery of the coin hoard is already causing excitement among researchers for its potential to reveal new information about Iron Age Britain.

So, how did the British birder make his discovery? He was enjoying a fall walk when he stopped to observe a buzzard and magpies frolicking in a field. Noticing something shiny on the ground, he picked up a hand-hewn (and clearly ancient) coin. The man went home to grab his metal detector, which hobbyists use for searching similar fields and beaches for buried artifacts and valuables.

The machine instantly detected a large cache of metal not far below the surface. The man then dug down about 18 inches before he encountered a copper vessel full of ancient coins. “I had to sit down to get my breath back,” he recalls. “I had only come out for a walk and found a Celtic hoard.” While many would think of the discovery as falling under the children's rule of “finders keepers,” that isn't the case in the UK. All finds of potential treasure trove must be reported to the proper authorities. The mysterious man did just that by notifying his local coroner.

When finds of treasure or hoards are reported, the artifacts must be turned over for examination by experts. If deemed to be an ancient treasure, the finds are offered for sale to museums. The finder often receives part of the sale profit as a reward. Due to the historical importance of many finds, it is law of the land that they must not simply disappear into private collections.

The coins found by the birder are especially historically important. Experts believe these coins—known as staters—were minted and likely buried during the reign of Boudica. She reigned over the Celtic Iceni tribe whose lands covered modern-day Norfolk. After her husbands's death, the fierce leader led a rebellion against Britain's Roman overlords. According to Tacitus, her forces killed about 70,000 Roman troops and sympathizers before she was brutally suppressed. Historians believe the turbulence of her time may have led to increased hoarding during the first century CE.

Scientists hope to learn more about this fascinating period of Celtic history through the newly discovered coins.

A British birdwatcher discovered a Celtic Iron Age coin hoard in a field.

Two sides of a gold coin, minted in England and excavated in Hampshire. The coin dates from about 20 BC to 10 CE. (Photo: © The Trustees of the British Museum [CC BY-NC-SA 4.0])

The 1,300 hand-made coins offer insight into the turbulent times of the warrior queen Boudica who rebelled against the Roman occupation of Britain. 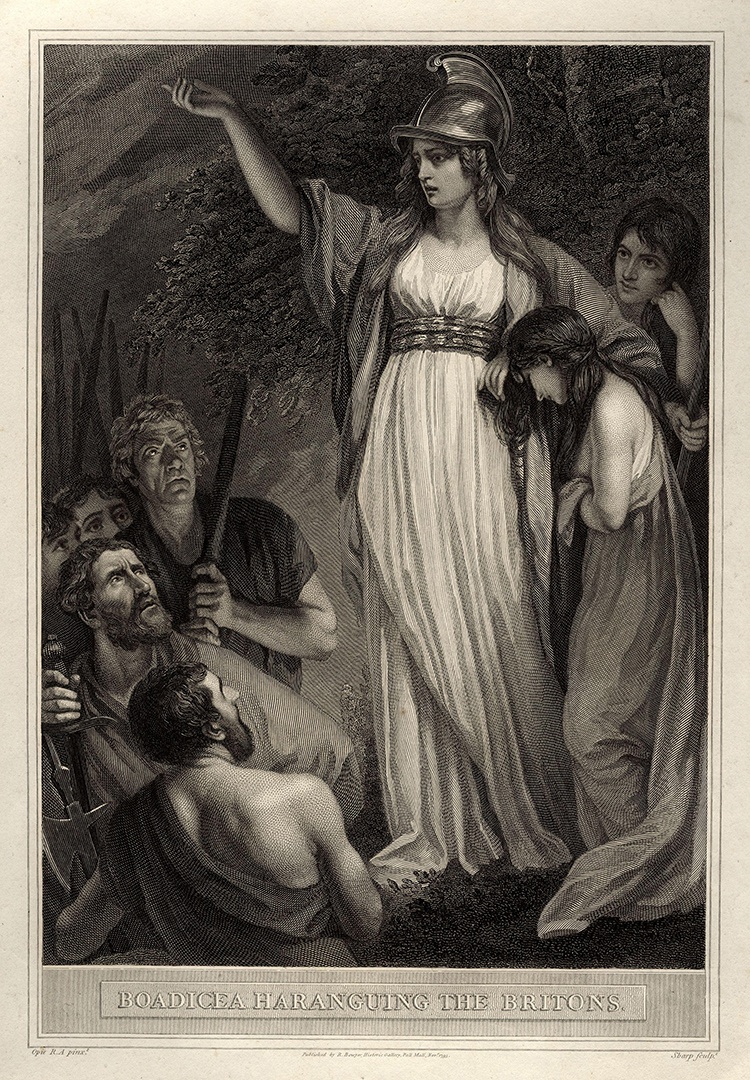