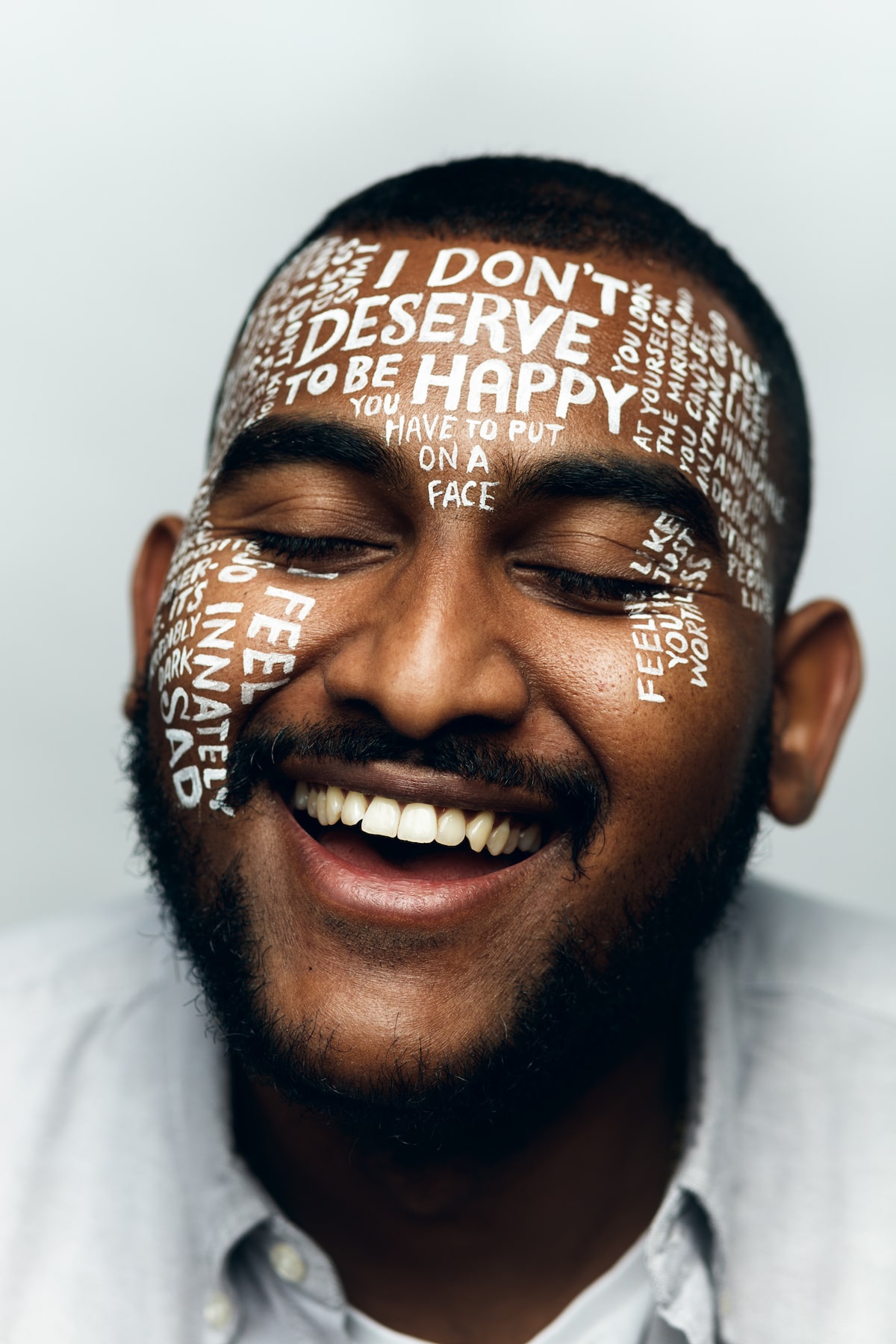 In a powerful new portrait series, photographer Charlie Clift aims to spark a conversation about mental health. Let's Talk asks ordinary people who have suffered from mental health issues to open themselves up and share what goes on inside their minds. Their words are then transformed into artistic hand lettering across their skin by artist Kate Forrester, allowing their inner thoughts to come out in Clift's moving portraits.

Clift, who himself suffered from depression, captures the strength and vulnerability of each volunteer. His photographs are a nuanced view of mental health sufferers, who are far more complex than what is typically depicted. From the tears brimming in Lucy's eyes to Nathaniel's smile, each expression adds to our understanding that there is no one “face” for mental health problems. As sufferers, and survivors, each has their own unique story to tell.

Let's Talk is a creative project that is only made possible by the courage of each participant, as well as the overall changing attitude toward openly discussing mental health. As the public continues to make strides and break down stigmas, the wall of silence that once blocked people from speaking out is slowly crumbling. And in using his artistic capabilities, Clift is doing his part to contribute to the discourse.

Open air exhibition around London, first at Paddington Central, and upcoming at Guildhall Yard, bring the work out to the public, with an aim to get the conversation started and raise awareness about mental health. It's also possible to read some of the stories behind the images on the Let's Talk website.

We had a chance to chat with Clift about the impetus behind Let's Talk and the creative process of putting it together. Read on for our exclusive interview. 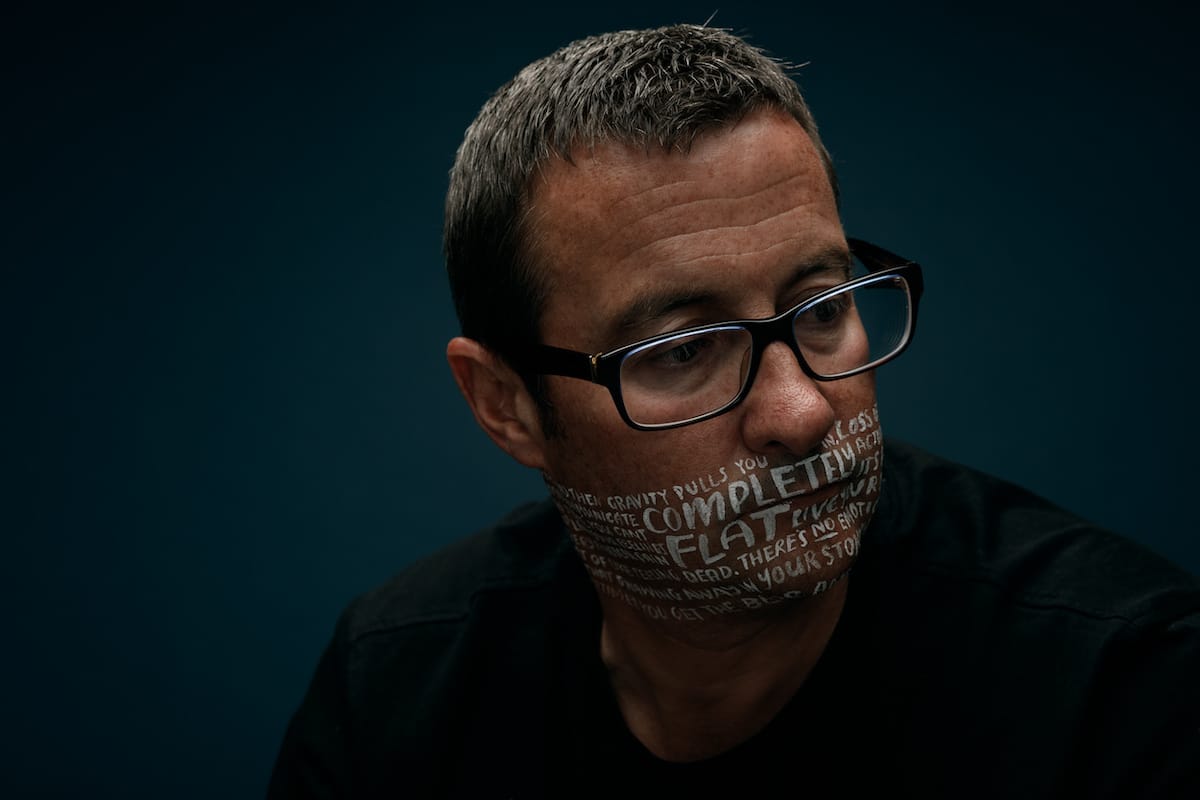 How did you and Kate come together and conceive the project?

I had wanted to talk about mental health in my work for a while, but couldn’t find the right way to show what was happening inside someone’s head in a photograph. Then one day I was joking with my assistant about putting graffiti on someone’s face and it struck me that this would be a great way to show someone’s thoughts in a photograph. Of course, the idea has evolved hugely since that first spark. I realized quickly that to execute this project I would need to find an awesome lettering artist to collaborate with.

When I stumbled across Kate’s website I realized I had seen her work before in a massive installation in Hachette’s London offices—it’s a stunning piece of authors' names that spans five floors on their central lobby. She was definitely the right person to work with, so I got on the phone to Kate and explained the project and my aims. Thankfully she was up for giving it a try, so a few weeks later we were in a studio experimenting with different ways of drawing words onto a face. 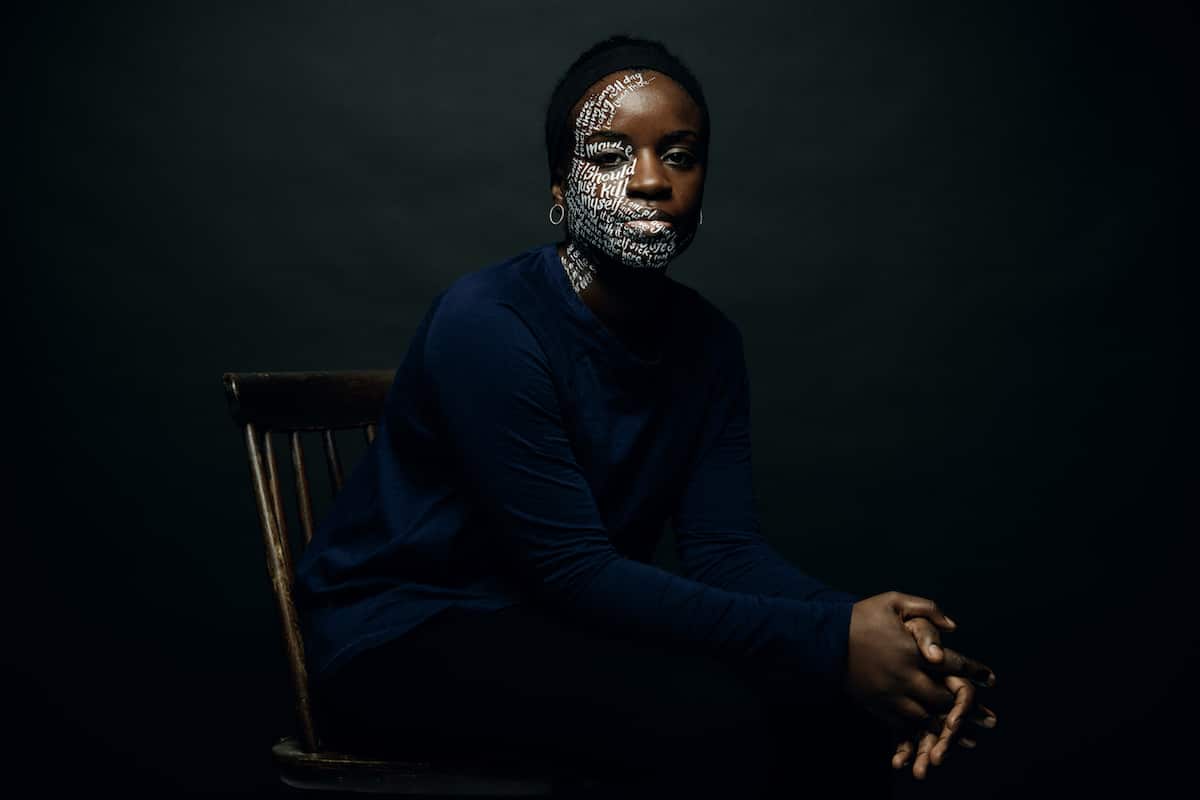 You yourself have struggled with depression during university. Can you share how photography helped you as your grappled with this?

Yes, I suffered from depression at university, and it occasionally still haunts me now. I had to drop out of my studies because I just lost all motivation and drive. I ended up moving back in with my parents and taking a year off. They were amazing and really supportive. Thankfully, I could open up and talk to them—that really helped me a lot.

For about six months I just stayed inside and ignored the world. I was then given a camera by my parents. Photography got me out of the house and got me back talking to people. Then when I went back to finish my studies, I dived headfirst into the photography society at the university. It helped me make friends and get back to my old, sociable self. Since then, of course, I’ve turned photography into my career, which has been amazing. I really hope this project can be a way of me now using my photography to help others. 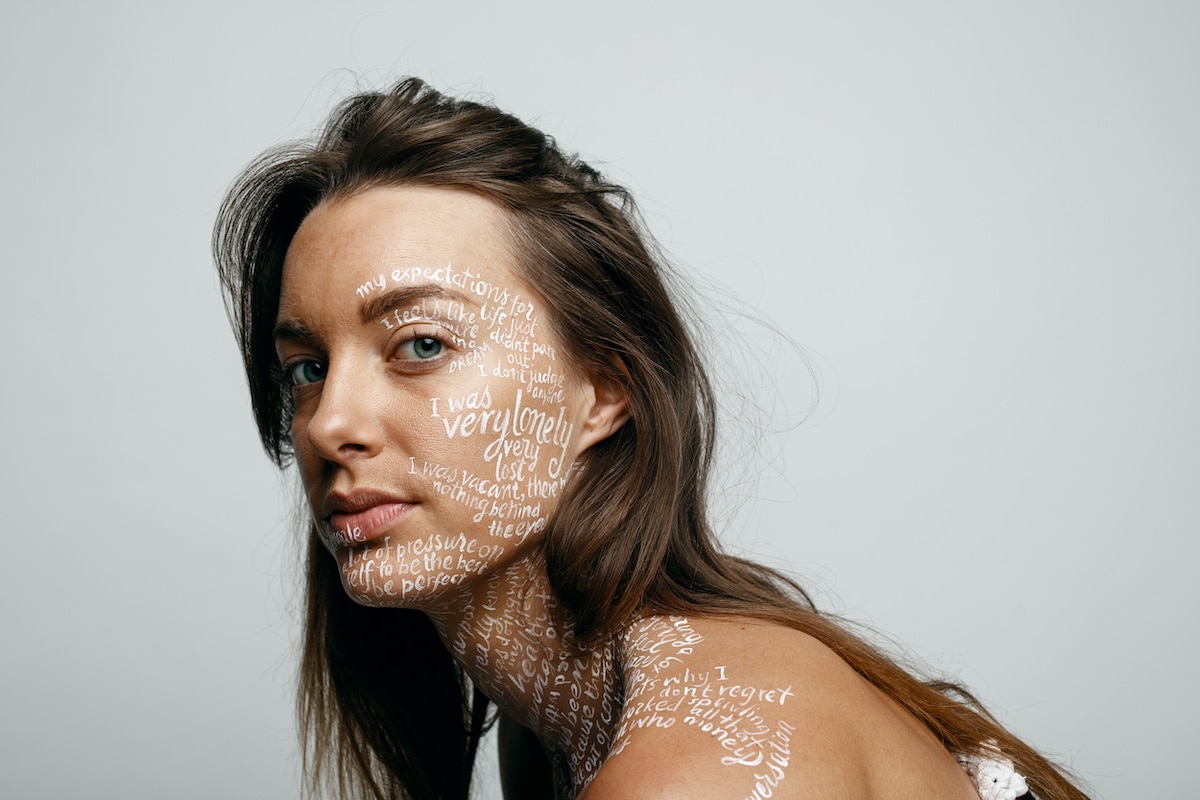 Why do you think it is people still have a hard time opening up about mental illness?

Until recently it just wasn’t something that you heard anyone talking about. But I think that is changing now. We are breaking down the stigma around mental health and people feel more able to talk about their difficulties. Finally, people are coming forward and saying they are having problems who wouldn’t have been doing so five or ten years ago. The more each of us is open about our difficulties with others, the easier it will be for them to seek help when they need it. I hope the Let’s Talk project helps to reinforce this. 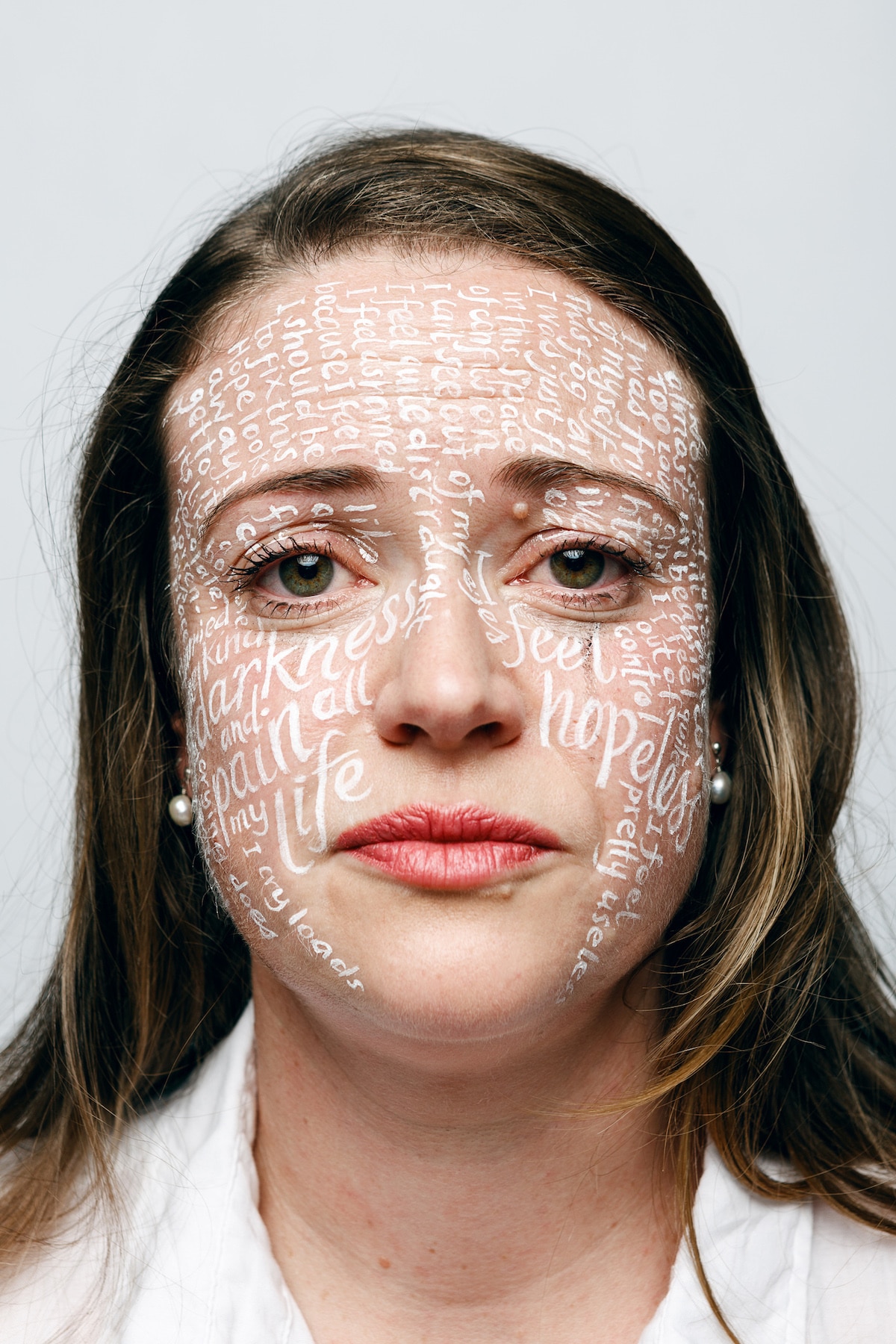 How did you find people to participate in Let's Talk and how did you go about ensuring that they'd feel comfortable enough to open up?

I launched a social media campaign and was overwhelmed by the amount of people who got in touch wanting to take part. It made me realize that there are many people willing to open up and talk about their mental health. I have a huge admiration for the people who have participated in the project—it’s not easy having your most difficult thoughts displayed two meters [6.5 feet] tall in an outdoor exhibition. But because they’ve been so open, we’ve been able to help others.

The process was quite a long one and the whole way through I made sure people felt comfortable and knew exactly what they were getting into—I didn’t want there to be any surprises for the participants. I also made sure that I didn’t judge anyone, and that I was just open and understanding. The process started with me interviewing each person on the phone prior to their shoot, I was asking them tough questions but needed to get them to express in their own words how it feels inside their head. I recorded this conversation so that later on Kate and I could pick out the most poignant words and phrases to write on their face.

On the day of the shoot, I made sure that there was a relaxed and open atmosphere in the studio. Some people found it tough and others found it great fun, but we were always really supportive. A lot of the people who took part have told me they found the experience therapeutic, which was a lovely thing to hear. I have kept in touch with the participants since, telling them about the project and where it’s been exhibited. A lot of them have come along to the launch events we held and some have given talks for the project and helped us spread the word as far and wide as we can. 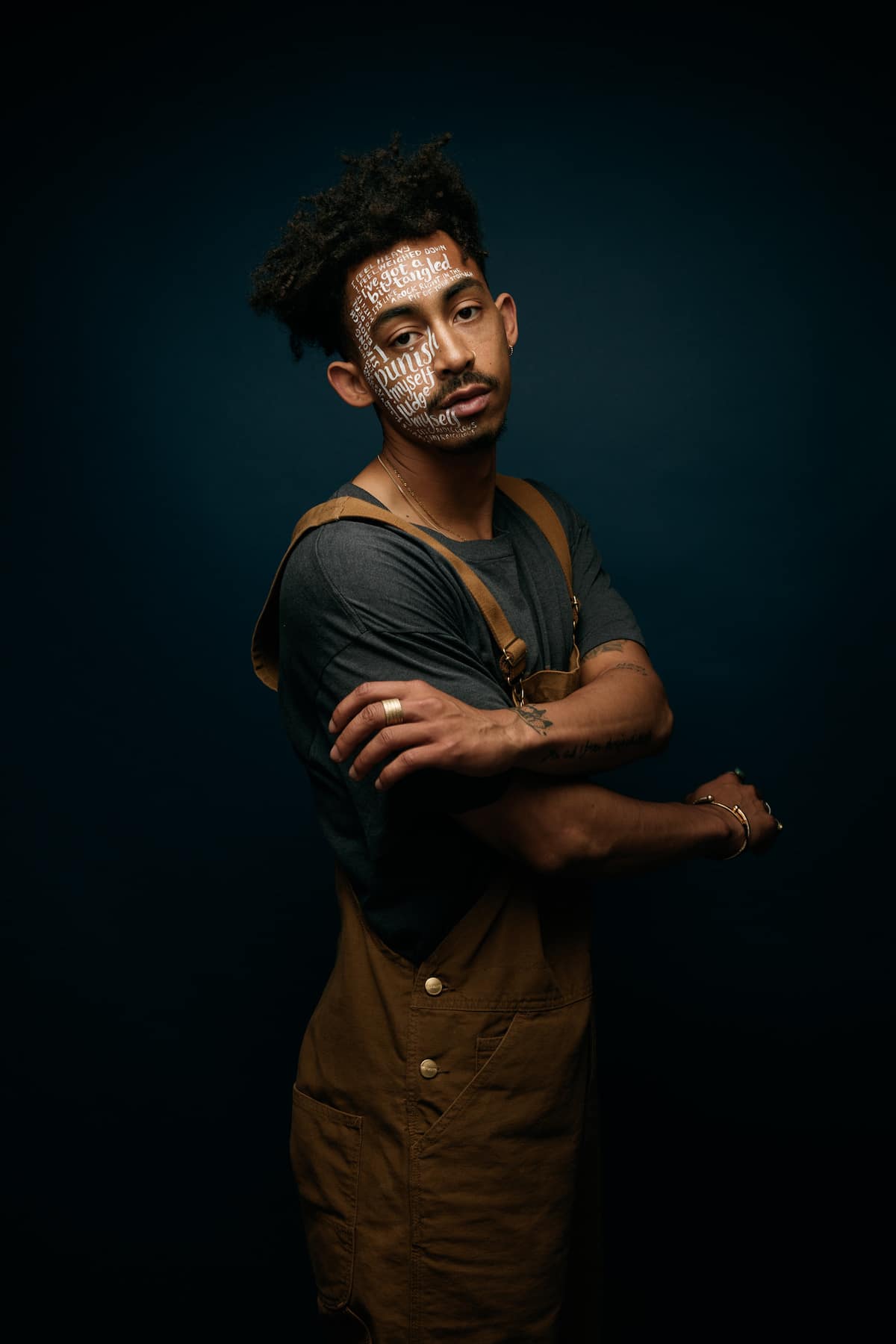 Did you find any common threads in the stories they shared?

I think what stood out to me was the bravery of each volunteer. This campaign has been very public and I admire them hugely for opening up and encouraging others to do the same in the process. I also found that it helped me understand my own mental health difficulties a lot more—during the interviews I often found myself thinking I’ve felt like that or that’s happened to me.

Of course, every person is different, but the one thing that really stood out was that even though these people have been through incredibly tough times they are also living interesting and unique lives. Seeing how much they achieved despite their mental health difficulties was really inspiring for me. 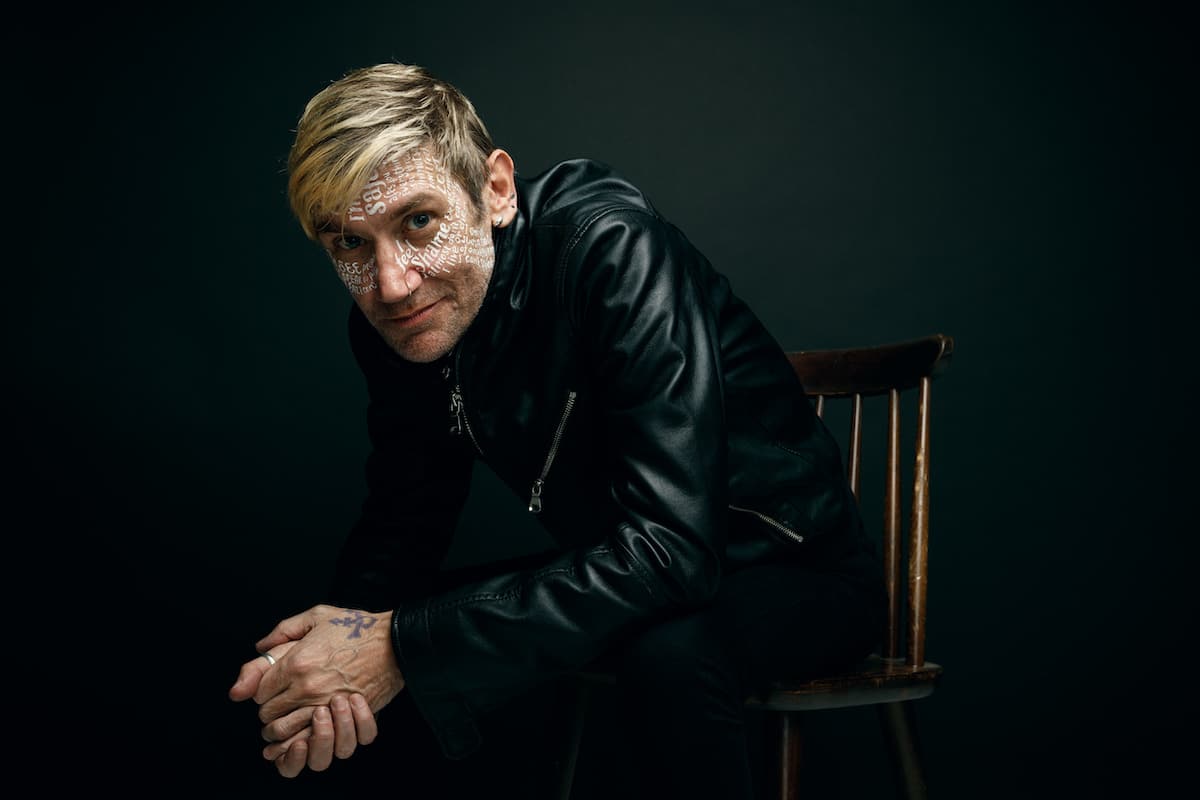 From a creative perspective, what was your plan going in, in terms of how you wished to take their portraits?

I did a lot of research before I started the project into images that are normally used to portray mental health. If you type mental illness into an image search you mainly see photographs showing people staring sadly at the floor. These are one-dimensional images that don’t show the person featured as a living breathing human with loves, friends, passions, and desires. I was determined that my images would be different to that. I wanted to capture powerful portraits showing each person’s personality. 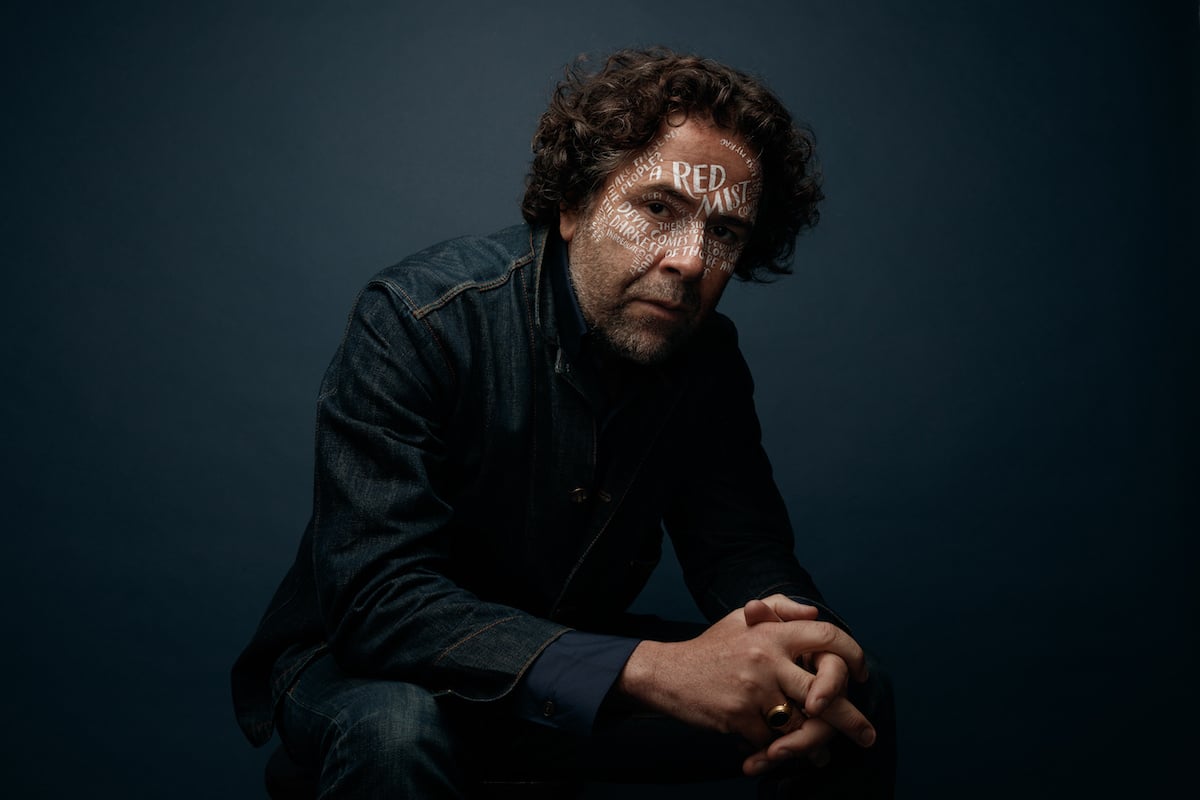 Why do you think it's important that artists get involved in projects that shed light on social issues?

I have had people write to me saying that Let’s Talk has helped them talk to their partner or child when they couldn’t before. They’ve used it to spark a conversation. I believe that art has a unique power to encourage conversation. It's so accessible and so powerful when done well. 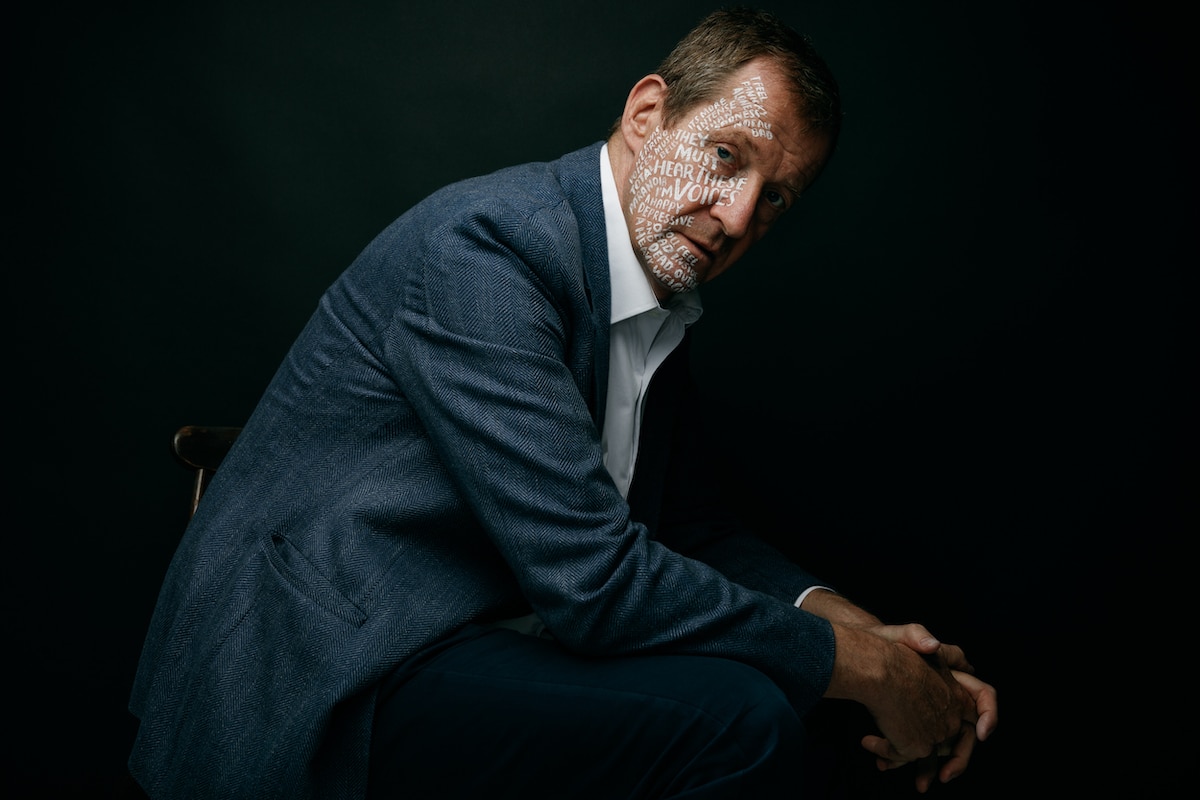 Any plans to continue or expand the project?

I’m working with the Photography Movement to help the exhibition tour more places—ultimately the more people who can see it, the more conversations we can spark. The next outdoor exhibition is in Guildhall Yard in London from May 12 to 22. Of course, we’d love for it to travel further afield as well. So do get in touch if you can help make that happen.

My Modern Met granted permission to use photos by Charlie Clift.

Can you relate to this series? Share
Like My Modern Met on Facebook
Get Our Weekly Newsletter
Become a
My Modern Met Member
As a member, you'll join us in our effort to support the arts.
Become a Member
Explore member benefits