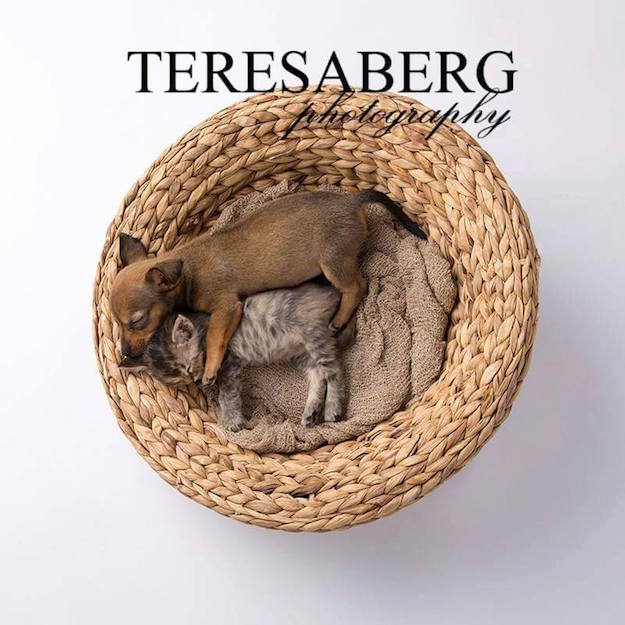 Meet Chip and Adele, the duo that proves we all need friends, especially when we're going through a rough patch. Operation Kindness, a no-kill shelter in Texas, is currently the home to Chip, a five-week-old chihuahua puppy, and Adele, a four-week-old kitten. The two came into the shelter on the same day, March 20, so the shelter's team put the pair together and they've been best friends ever since! While Chip was abandoned at the shelter by a family who couldn't care for such a young puppy, Adele is a stray that was found with no mother or other kittens. Now, they have each other!

Besides the fact that they're two different animals, they each carry their own distinct personalities. While Chip is sweet and laid-back, content just curling up with people around him, Adele is independent and curious, she's a natural explorer. The two will stay at the foster home until they're old enough to get their shots and have both been spayed and neutered. Then, they'll (hopefully) be adopted together.

Teresa Berg, a local photographer who takes photos of shelter dogs to help find them homes, shot some adorable photos of the couple lying in a basket and enjoying a sweet treat. Natalie Buxton, the foster mom at the shelter, brought them to Berg on the fourth day of their relationship. What was it like photographing them? “Once we tired them out,” Berg said, “it was pure magic. But in the beginning, they were busy exploring my studio, especially Adele, who loves to hide. We actually set up a space heater a few feet from the basket and they were naturally drawn to the warmth and white noise. Once they settled in, they fell in to a deep sleep and took turns using each other as a pillow.”

Berg was witness to their authentic friendship, saying, “They tumble around and gnaw on each other, learning to play, and then collapse in a heap and sleep curled up in a ball.”

If you can't get enough, you can follow the adventures of Chip and Adele on their own Facebook page, where they have almost 42,000 followers. 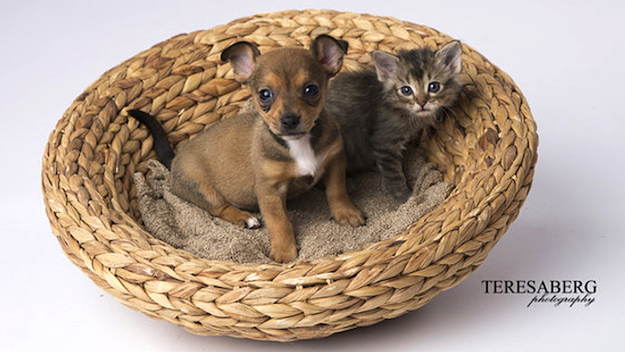 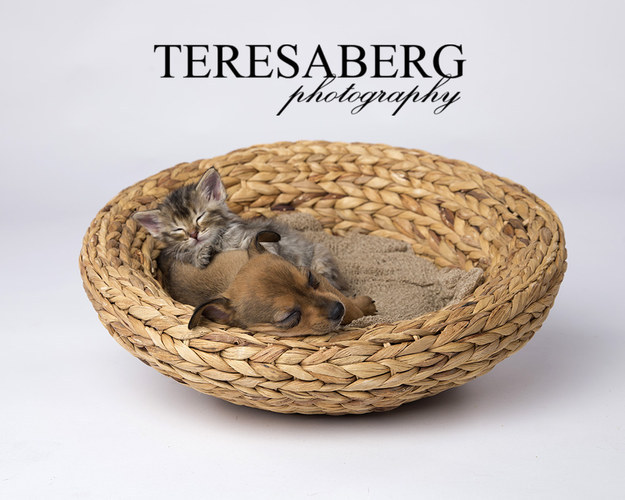 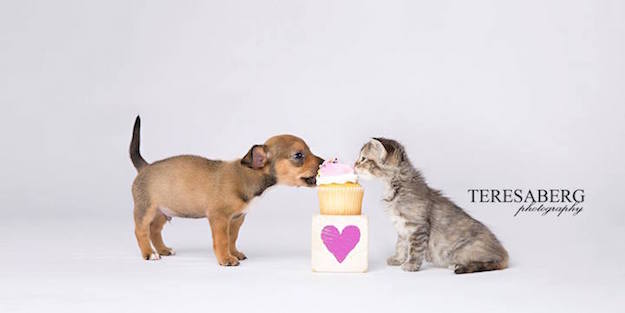 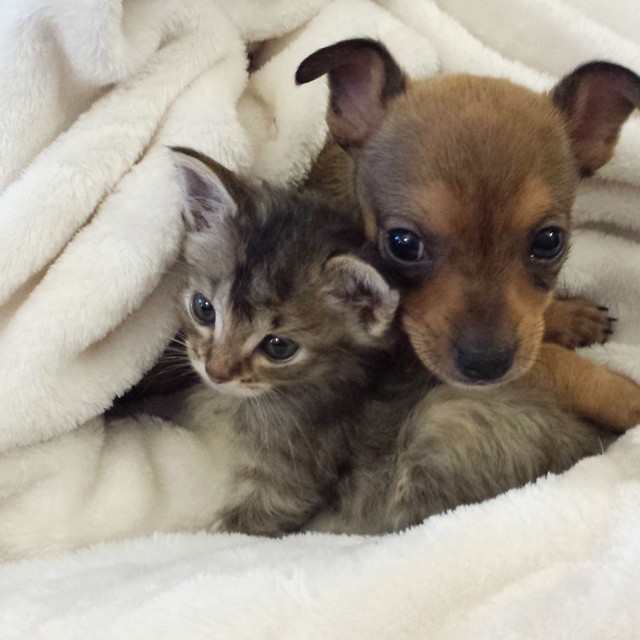 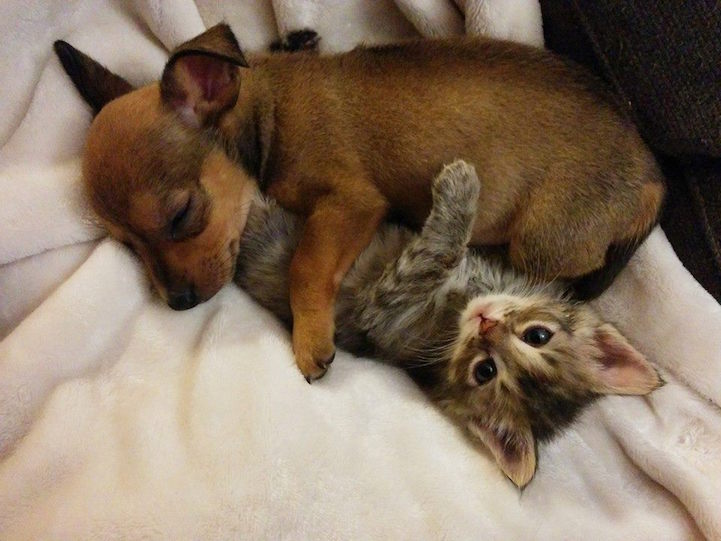 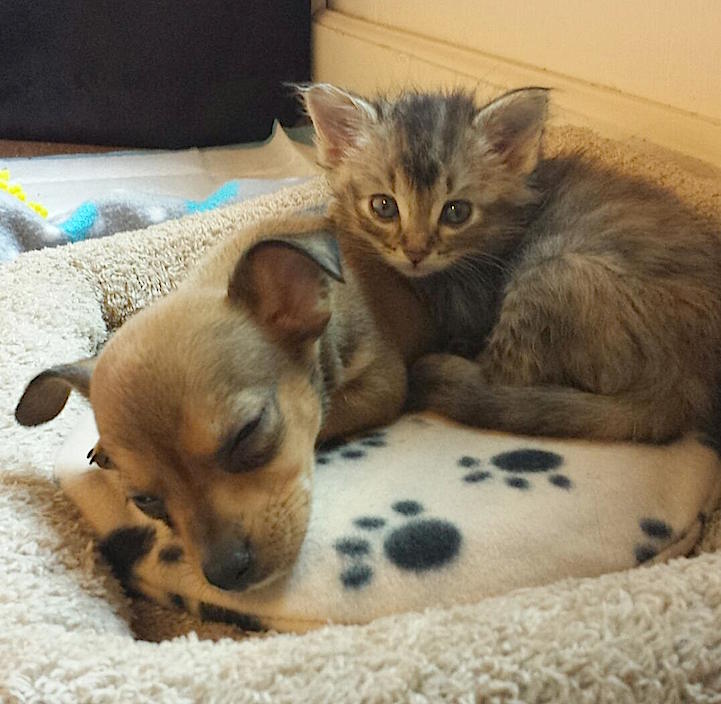 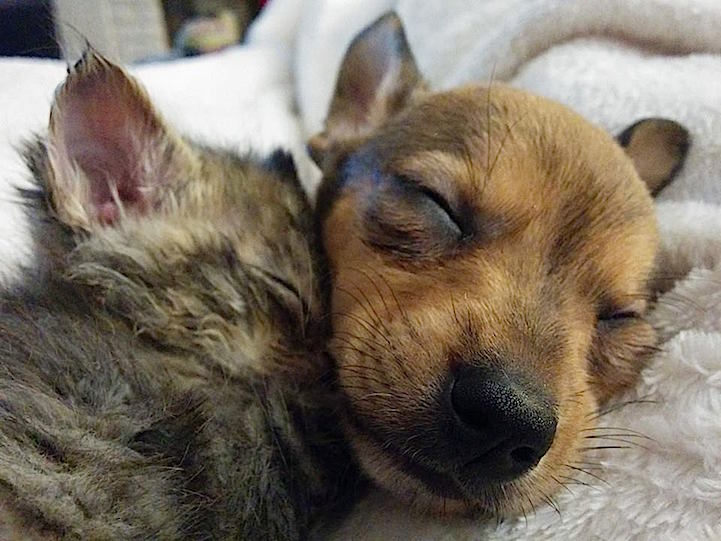 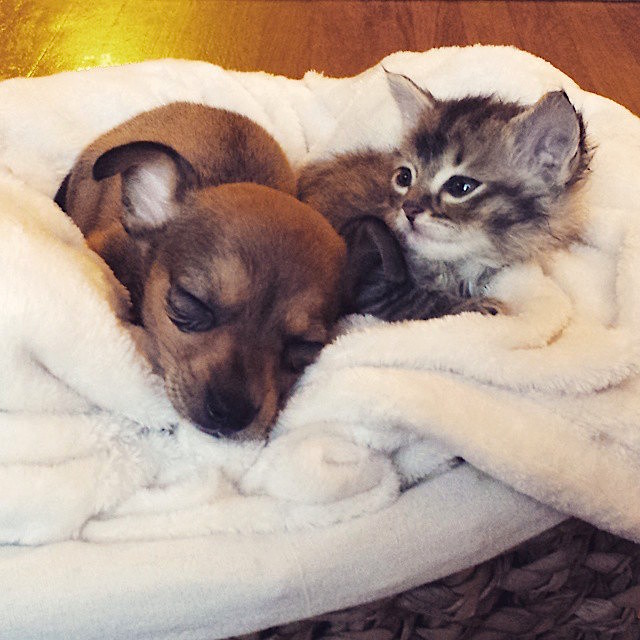 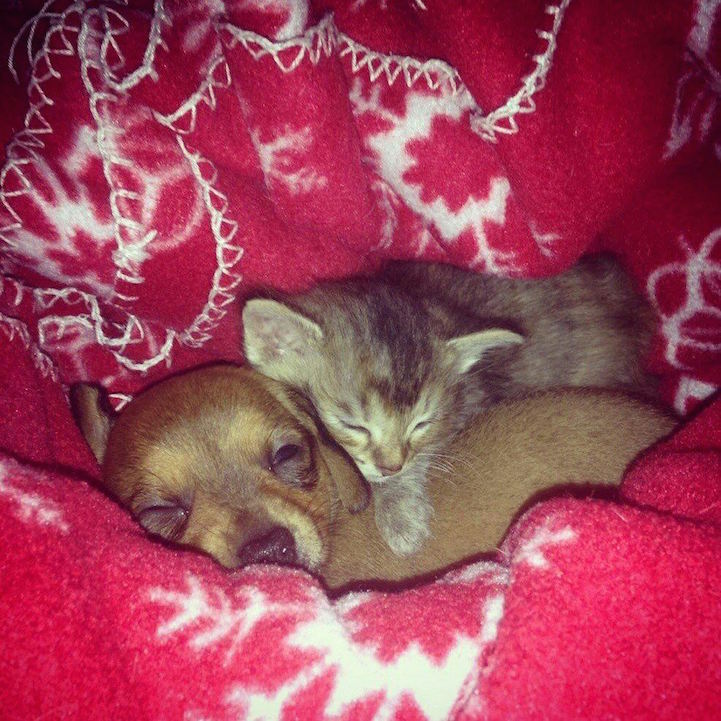 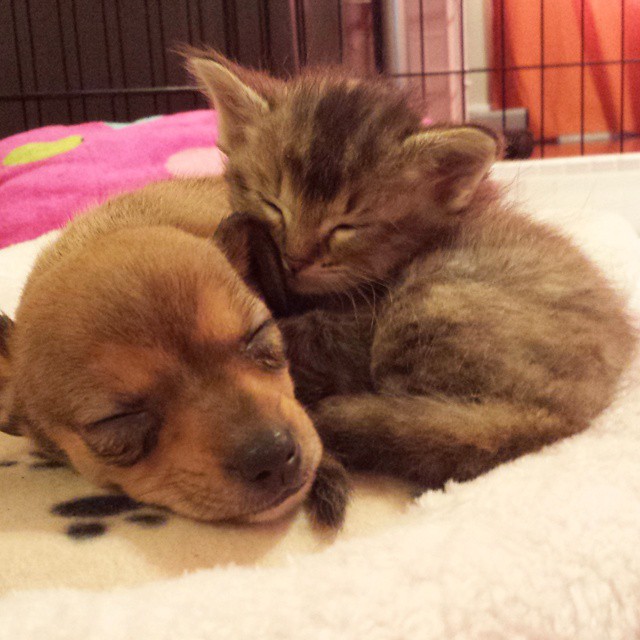 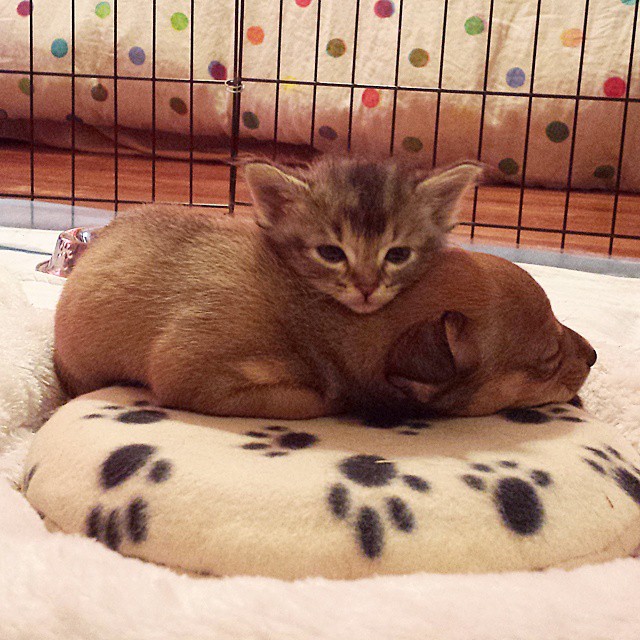