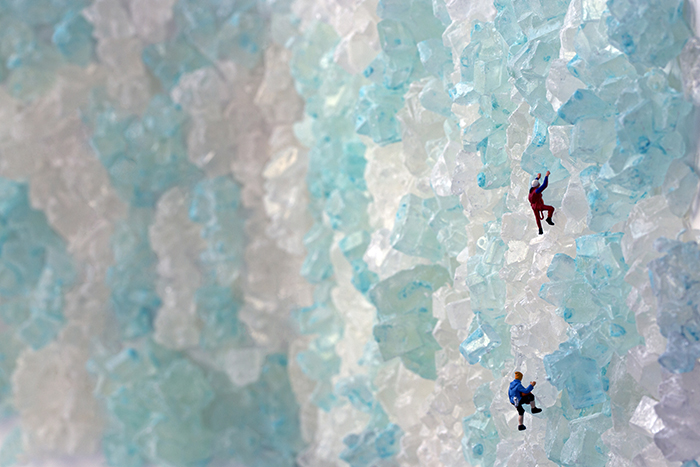 Though many artists and photographers have tried to enter the world of miniature people, few have ever succeeded. Seattle-based photographer Christopher Boffoli seems to have found his way in, perhaps by offering them delicious peace offerings or food! For the past few years, the Boffoli has been taking shot after shot of these tiny people in the most cute and curious situations.

In two days, or on Thursday, June 6, Boffoli will be showing off his series, called Big Appetites, in a summer exhibition titled “Portion Control.” At the Winston Wchter Fine Art in Chelsea, you can see some of his latest work as well as preview his upcoming Big Appetites book. The book will not be available in US bookstores until September 10, though advance copies will be available for preview and purchase during opening night. If you haven't checked out the work of Christopher Boffoli, you're in for quite a treat.

Above: Rock Candy Icefall: Russell's lies about his skill level were getting him ever deeper into trouble. 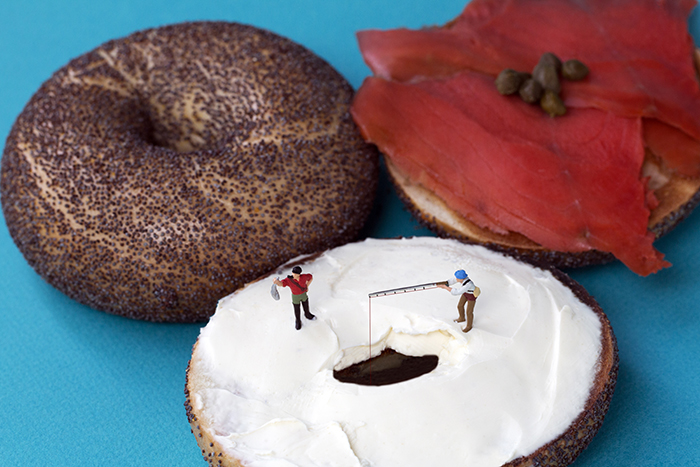 Bagel Fishermen: Barry and Sarge struggled with the burden of wanting to brag about their secret fishing hole. 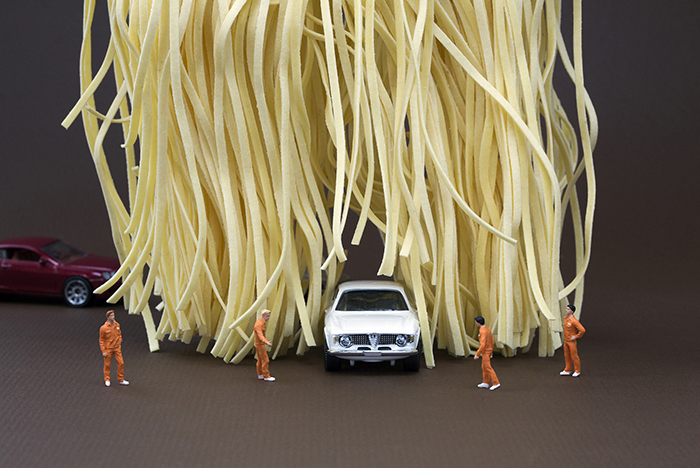 Linguine Car Wash: The deluxe carbonara option was canceled after too many customers lost mirrors and antennas. 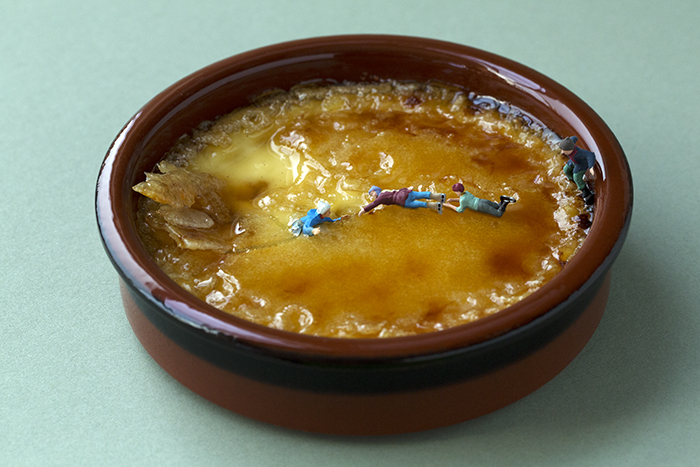 Creme Brle Rescue: There was a tremendous risk in late-season skating. But that was the basis of the thrill. 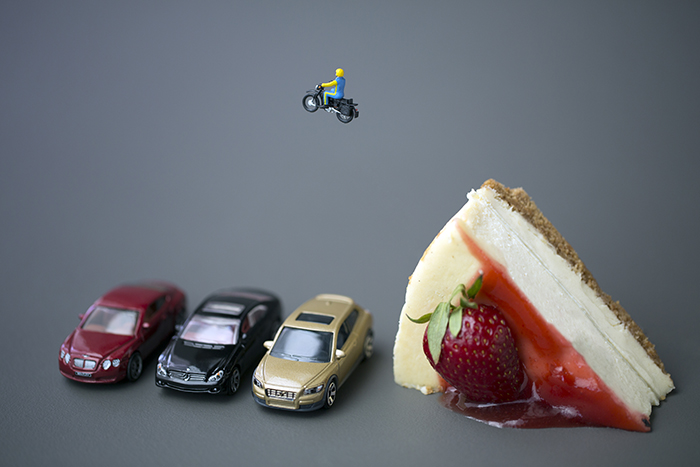 Cheesecake Daredevil: Zed was showing off for the ladies again. 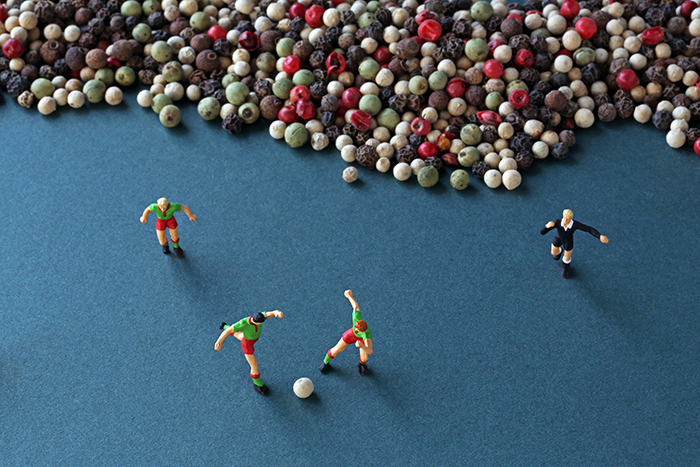 Peppercorn Soccer: Sneezing added a challenging element to the game. 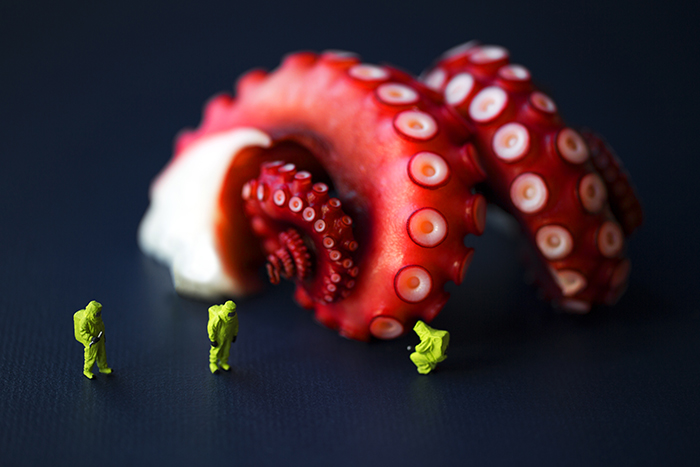 Octopus Survey Team: It was a discovery that compelled them to shuffle their deck of phobias. 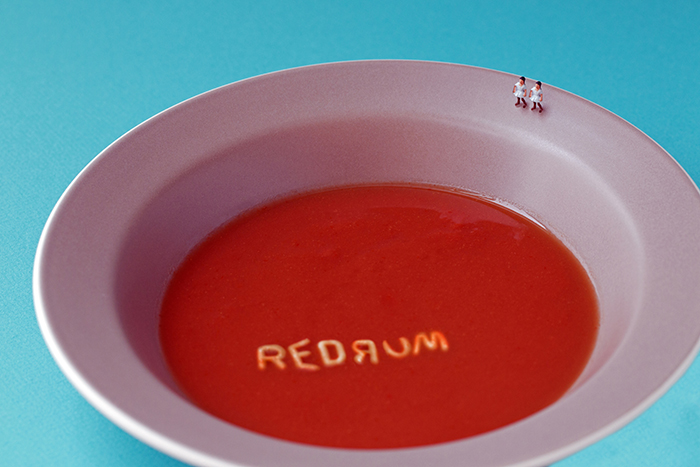 Redrum: Come play with us Danny! 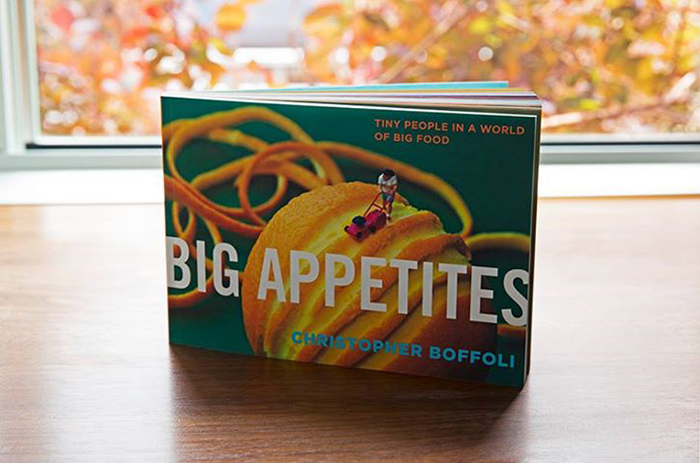 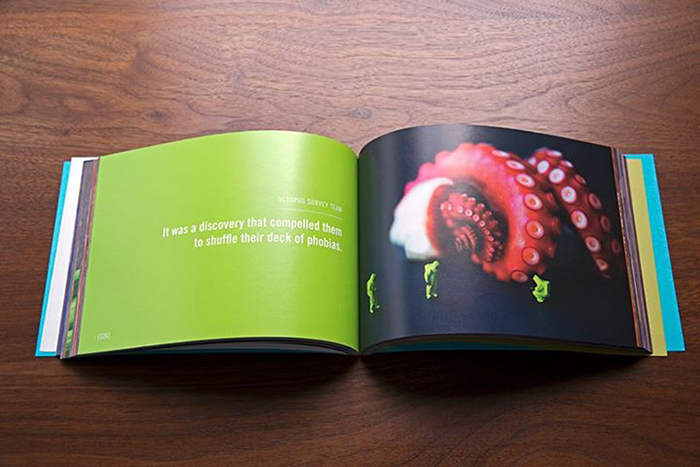 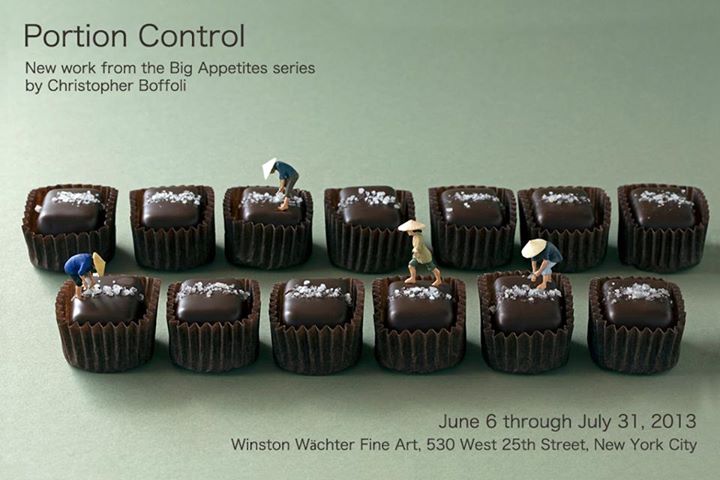