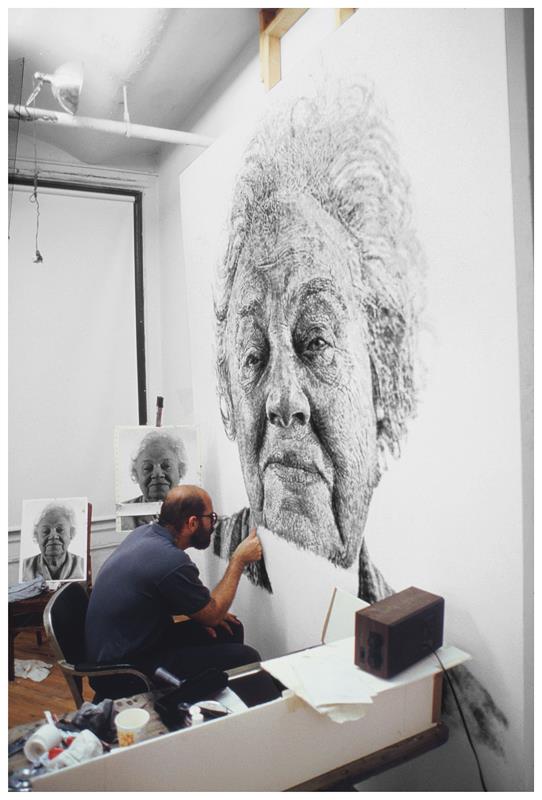 While you may already know Chuck Close as that incredibly talented American artist who creates those huge photorealistic paintings, you may never have seen this mind-blowing piece. Called Fanny/Fingerpainting, it's a beautiful portrait of Close's wife's late grandmother Fanny created with fingerprints!

Created in 1985, the oil on canvas work represents one of the largest and most masterly executions of a technique the artist developed himself which involves the direct application of pigment to a surface with the artist's fingertips.

By adjusting the amount of pigment and the pressure of his finger on the canvas, Close could create unbelievable contours of the face.

It currently hangs at Smithsonian's National Gallery of Art. As they state: “Seen from a distance, the painting looks like a giant, silver-toned photograph that unrelentingly reveals every crack and crevice of the sitter's face. Closer up, the paint surface dissolves into a sea of fingerprints that have an abstract beauty, even as they metaphorically suggest the withering of the sitter's skin with age. The fingerpaintings provide a far more literal record of the artist's touch than most abstract expressionist brushwork — but are at the same time dictated by an abstract, distinctly impersonal system.” 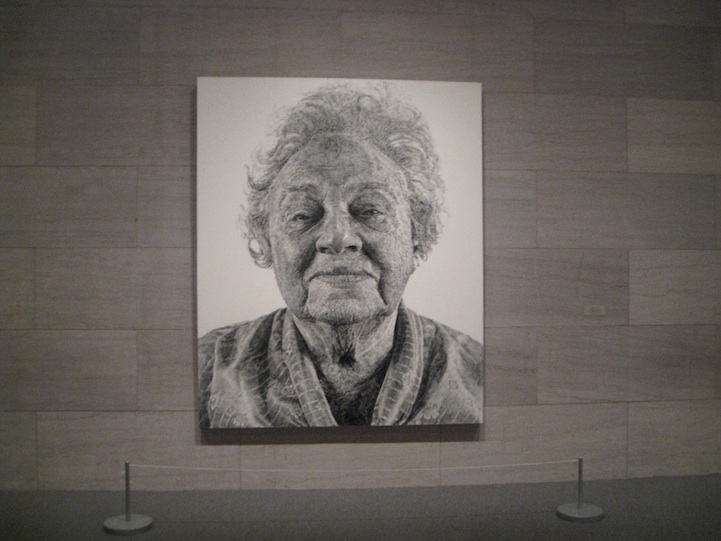 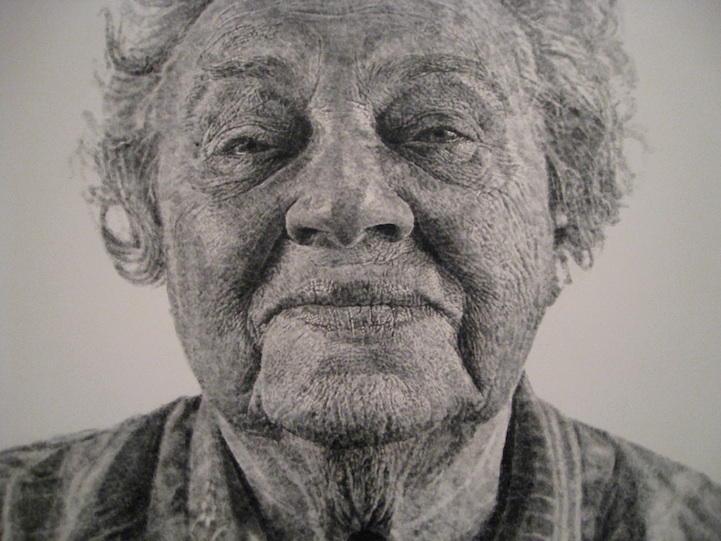 Photos via [The Pace Gallery], [The Art Observer]