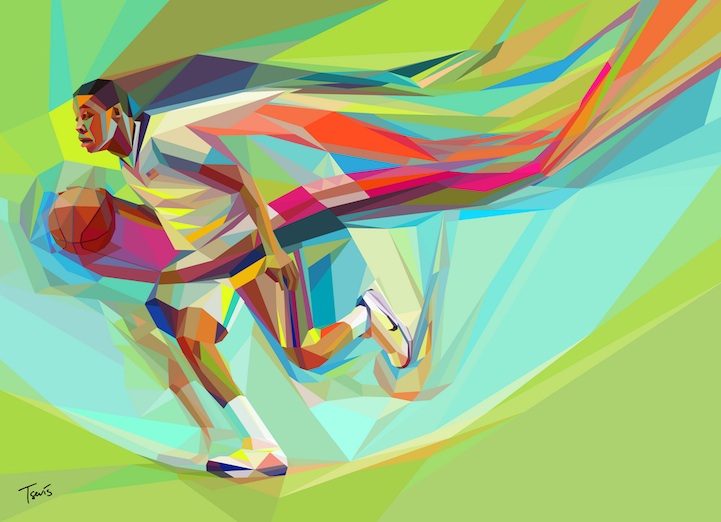 Greek artist Charis Tsevis is back with a new, explosive set of illustrations! This time he captures the beauty of basketball in two different but strikingly similar ways. The first series he calls “Neo-Futuristic Vectors”. The bright, retro looking illustrations are made up of small and large polygons filled with colors. 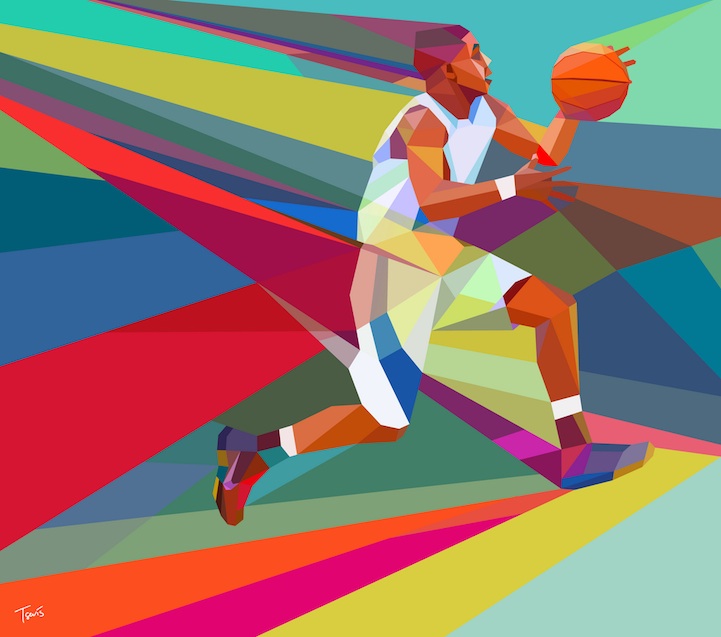 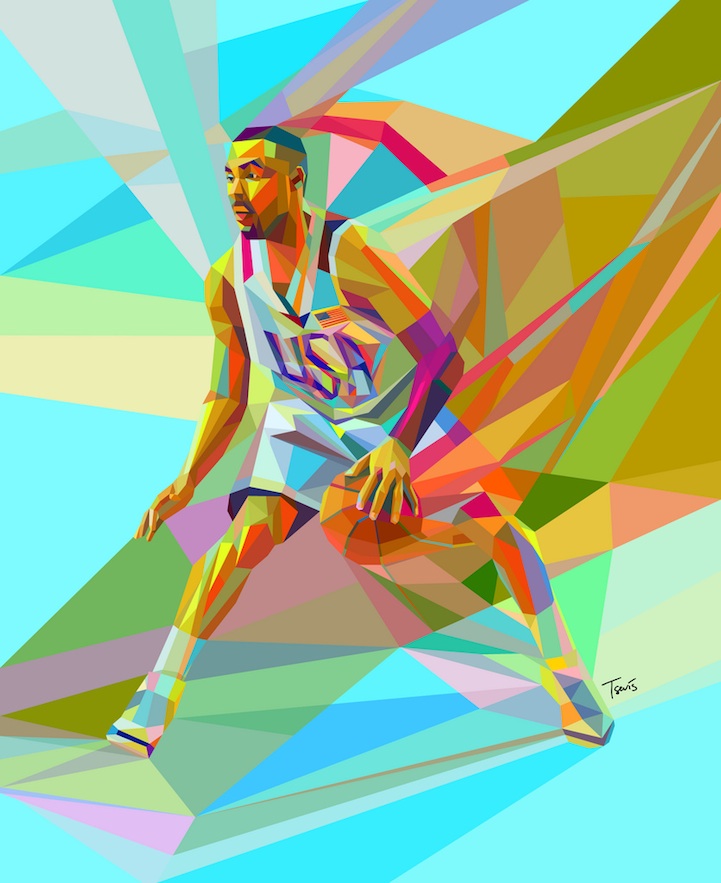 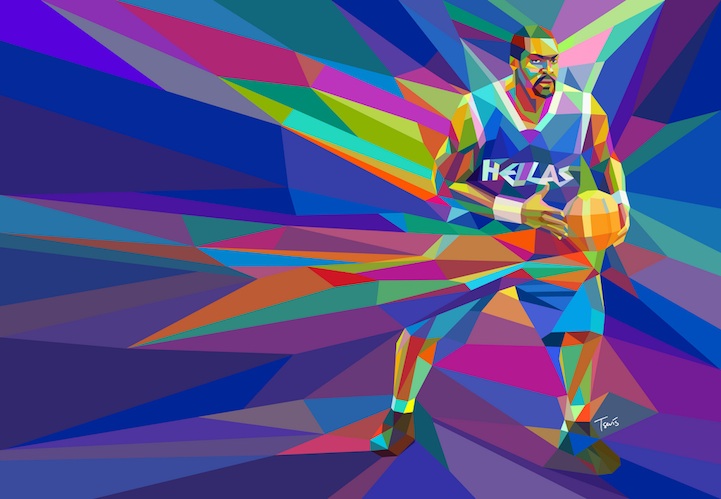 The second series combines his Neo-Futiristic Vector technique with his trademark mosaics and collages. Look closely and you’ll notice familiar landmarks from that player’s country. For instance, one of the two American illustrations has the Statue of Liberty, Golden Gate Bridge and the White House in it. 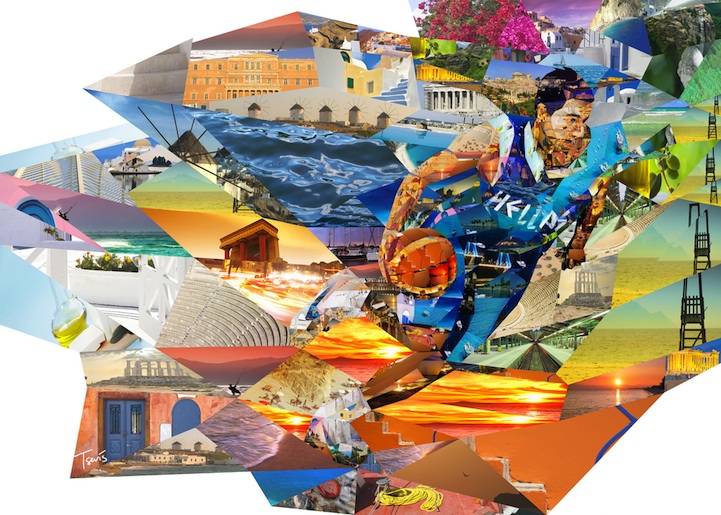 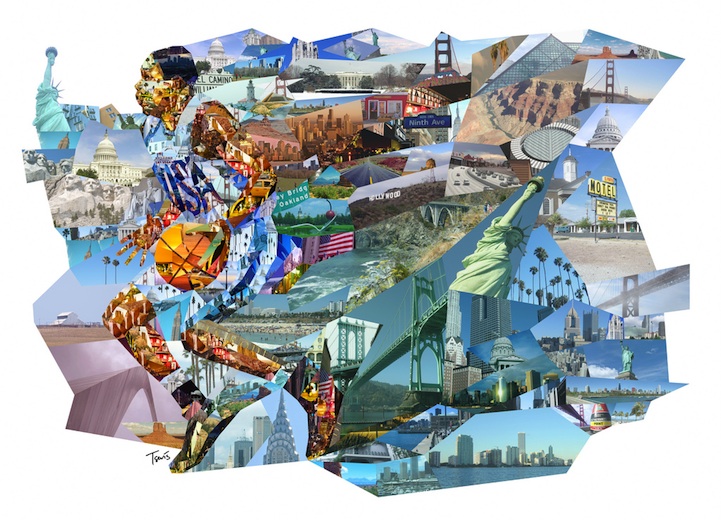 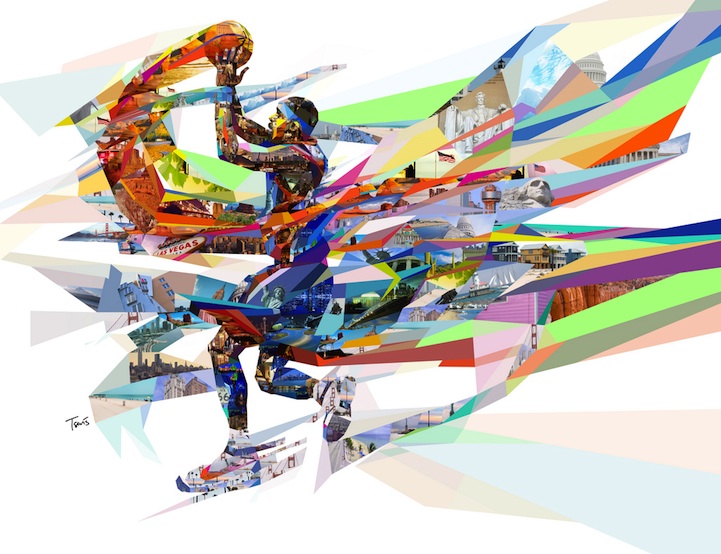 Tsevis told us that all of these works have a piece of him in it. As he says, “I love them all. It’s the first instance in which I felt comfortable and confident to elaborate on the use of color.”

He continues, “This series is the outcome of my continuous studies on the Theories of Gestalt Psychology with a special emphasis on the early 20th century movement of Futurism. Form, color and movement have been the central elements of focus through this work.

“Over the last period, I generally tend to focus on subjects of current events and so the Basketball World Cup seemed like the ideal direction to follow for this series. Basically when creating each piece, I would start with an initial composition of which I then add a layer of information that comprises of geometric shapes and colors, or in some instances, photos. While doing this, I always keep the basic principles of Futurism in mind, especially those concerning motion, light, fractured objects and dynamic forms. My color palette is quite saturated and I’ve try to incorporate various shades and tints.”