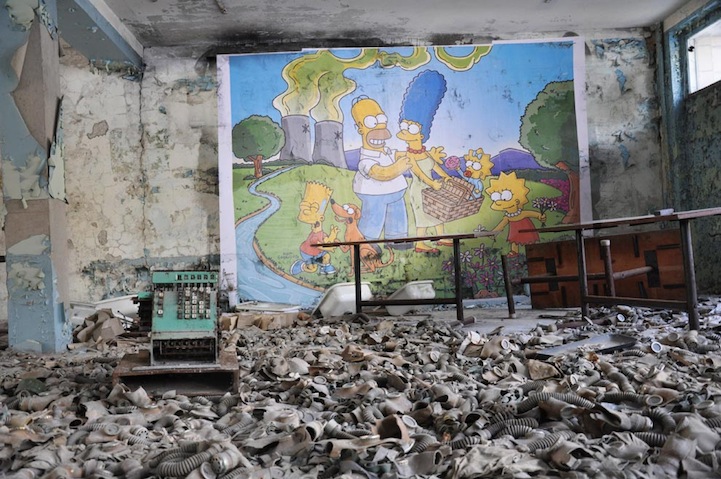 French Street artist Combo recently ventured to Chernobyl, a place where not many people have visited in the past decade, to put up this mural of America's beloved animated family. The Simpsons seem to be having a great time in the mural, picnicking on a grassy mound, all while Homer's nuclear power plant is seen menacingly in the background.

The photo of the mural is striking, with the room filled with debris and what looks to be hundreds of gas masks on the ground. It's unclear what Combo's motivation was for creating this piece, but it doesn't seem like it was a coincidence that last month marked the first Anniversary of the Fukushima disaster.