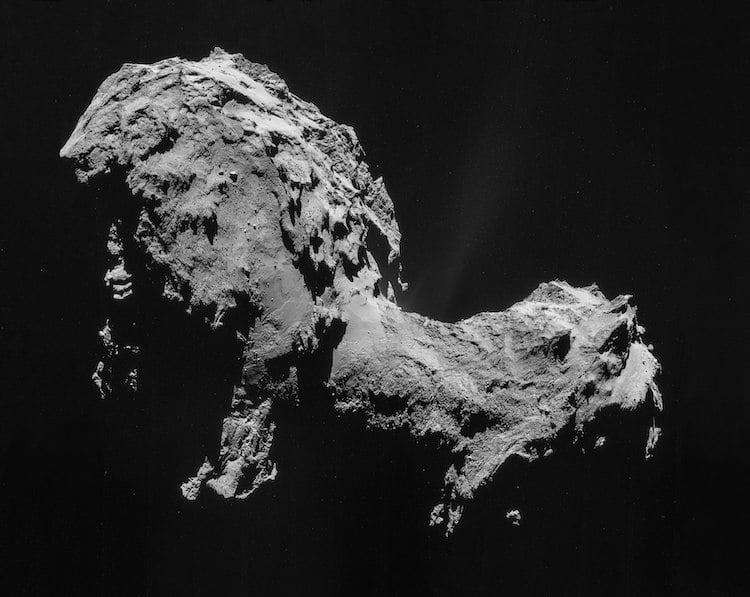 One of the coolest things about that fact that the European Space Agency publishes images gathered from outer space online is that anyone is able to view them—and get creative. And thanks to Twitter user landru79, we've got a glimpse of what happens on the surface of a comet. By using a set of 12.5-second exposure photos, he's created a 1 second GIF of Comet 67P/Churyumov-Gerasimenko.

The images were captured by the ESA's Rosetta space probe, which was launched in 2004 and, along with its robotic lander Philae, worked on a detailed study of the comet. Though Rosetta's mission ended in 2016, landru79 took a set of images from 2014 that were recently released and set them in motion, the result looking like an old-time film. Though just one second, the GIF actually covers about 20 minutes of observation.

The still frames were taken about 8 miles away from the Jupiter-family comet, and when strung together it looks like snow is falling on its surface. But, as Mark McCaughrean (Senior Advisor for Science & Exploration at the ESA) points out, we're not actually looking at powdery snow. Spots in the background are actually star clusters passing by as the comet spins. In particular, McCaughrean identified the Canis Major field among those seen in the clip. The streaks seen in the clip are, instead, cosmic rays.

Ha – just have. The field is Canis Major & the cluster near the limb of the comet is NGC2362. There's another sparser one in the middle right called NGC2354 & one of the brighter stars in the field is 27CMa. Thank you, https://t.co/6fHwIUpFwT 👍

The images were taken at a site on the comet called the Cliffs of Hathor, named after the Egyptian goddess personifying joy and motherhood. The rocky region is filled with boulders made from ice and dust, with cliffs stretching up to almost 3,000 feet. Landru79 mentioned that he may try his hand at a color version of the GIF next. Whatever he cooks up, we'll be waiting to see more of his excellent image processing work in the future. 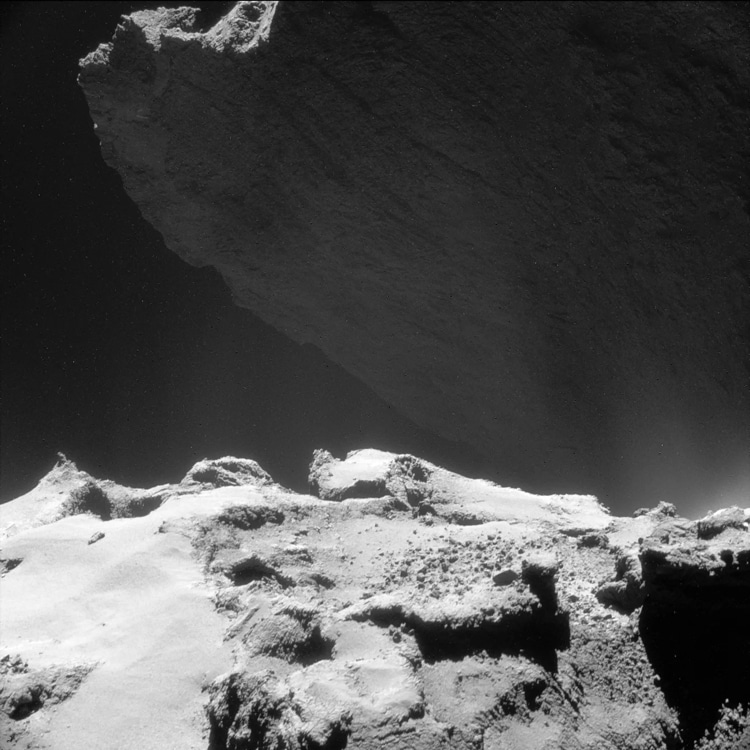 Fascinated by outer space? Share
Like My Modern Met on Facebook
Get Our Weekly Newsletter
Become a
My Modern Met Member
As a member, you'll join us in our effort to support the arts.
Become a Member
Explore member benefits