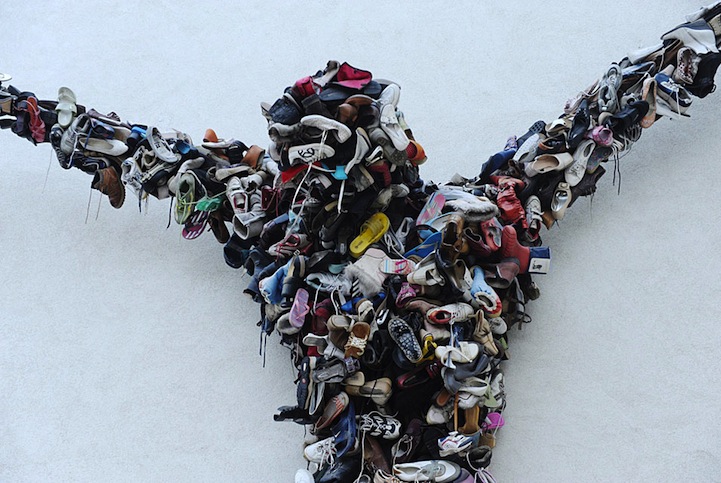 Created by Czech artist Petr Motycka, the appropriately titled Shoe Christ, has another name. Compulsion to Refuse Something that Has Been Used is the sculpture's other title and says more about what this piece is meant to represent. The 19-ft tall crucifix weighs 1,100 lbs, and is made up of 1,444 used shoes! Nearly every shoe is unpaired, and the reason Motycka chose used shoes as the medium is because, not only are over 1,400 people a part of this sculpture but also due to the repulsion many people have when buying previously used objects, especially shoes.

Motycka says “there are not many people who buy secondhand shoes, who want to wear shoes that have been worn by someone else. Shoes are a very personal property.” He goes on to say “our cultural values and concepts increase their worth by being used. On the contrary, things produced by the same culture, lose their value the more used they are. We require pure matter and used ideas.” This sculpture is highly thought-provoking, making us ask ourselves hard questions about both society and religion. 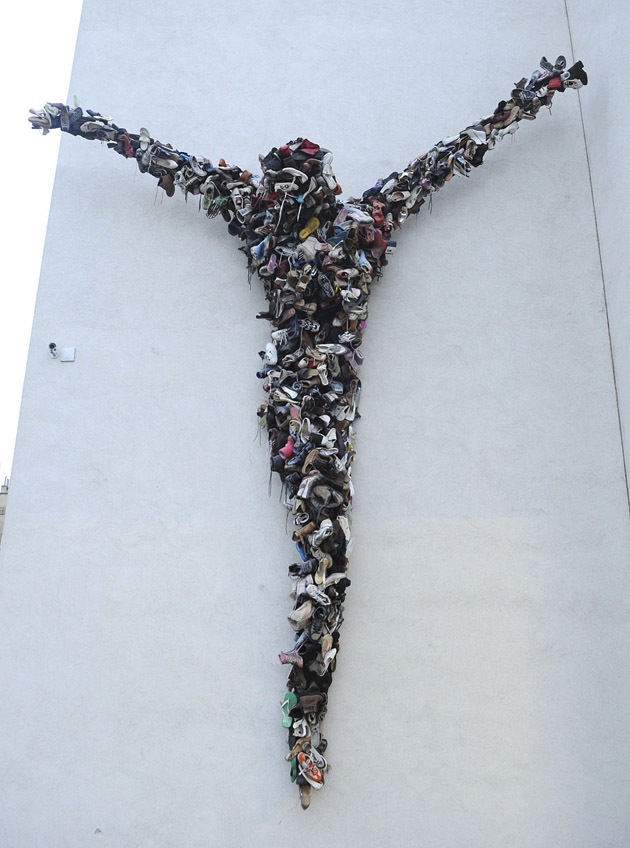