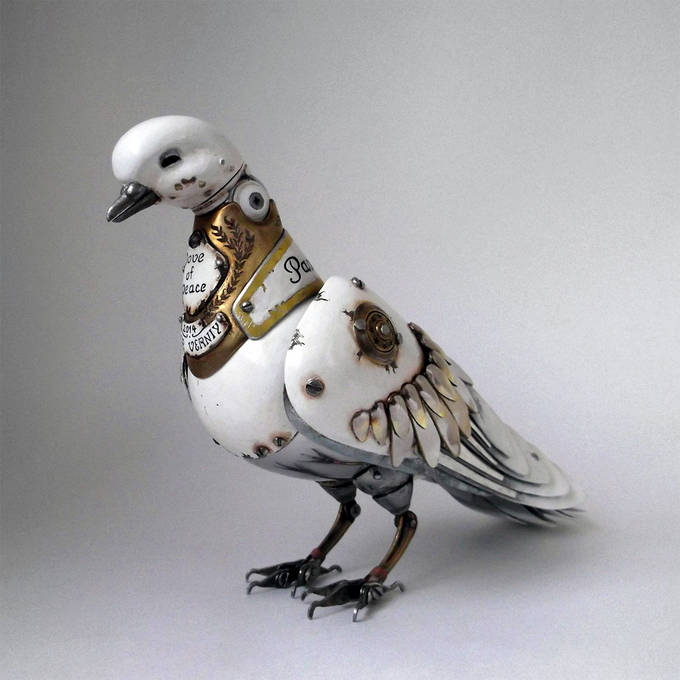 Artist Igor Verniy assembles stunningly detailed, steampunk-infused animal sculptures out of discarded metal, car and bike parts, watch components, electronics, silverware, and other metal scraps. Spanning a myriad of species from birds to reptiles to insects, Verniy’s works feature working joints to allow the creatures to be posed and re-posed. Many of the pieces are painted after assembly to drape them in a more vibrant color scheme.

Some of the sculpture subjects were inspired by strong cultural symbolism, such as the dove from the universal symbol of peace, or a fish modelled after Alexander Pushkin’s description in his poem “The Tale of the Fisherman and the Fish.” Especially for sculptures with articulated components, Verniy studies the animals he seeks to model to capture their natural movements in his mechanical forms. Moreover, as he lives and works in Siberia, Verniy can often directly observe the animals he recreates. 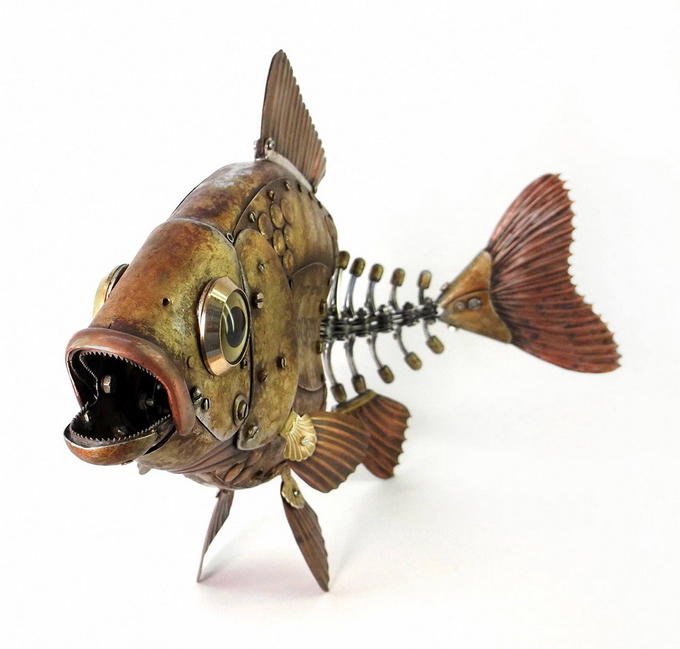 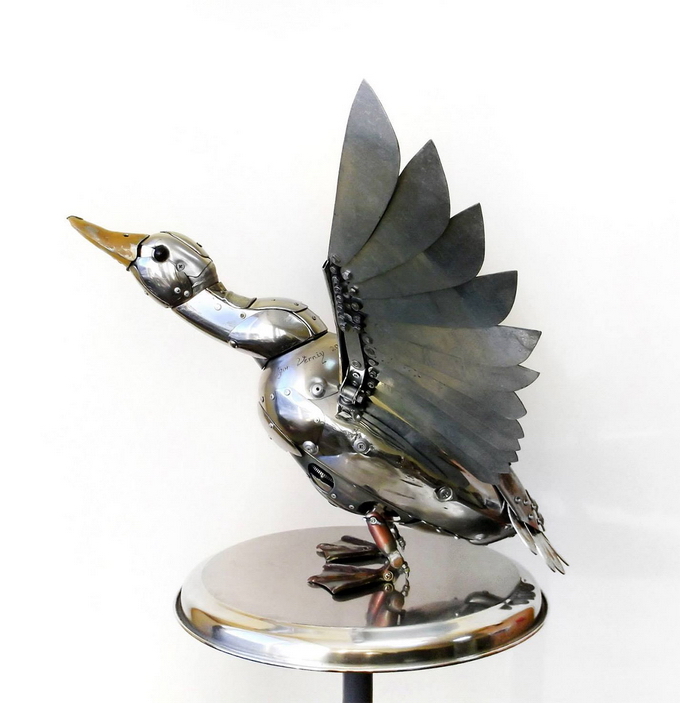 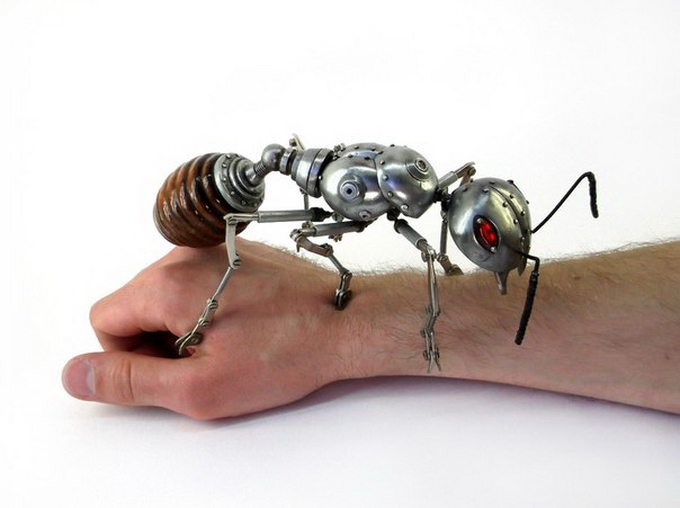 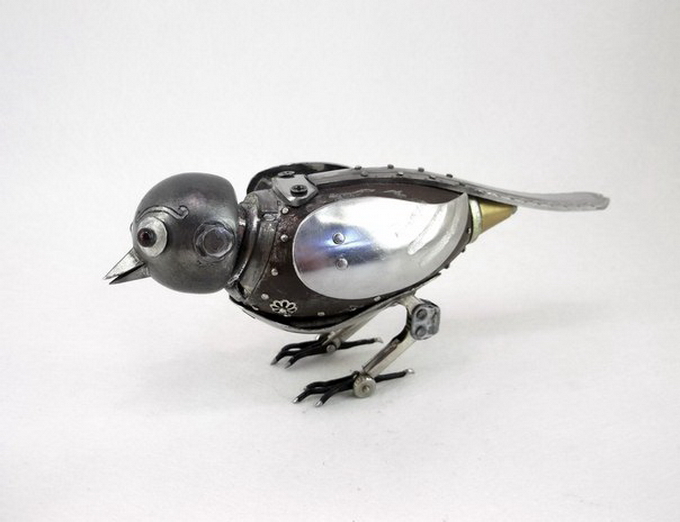 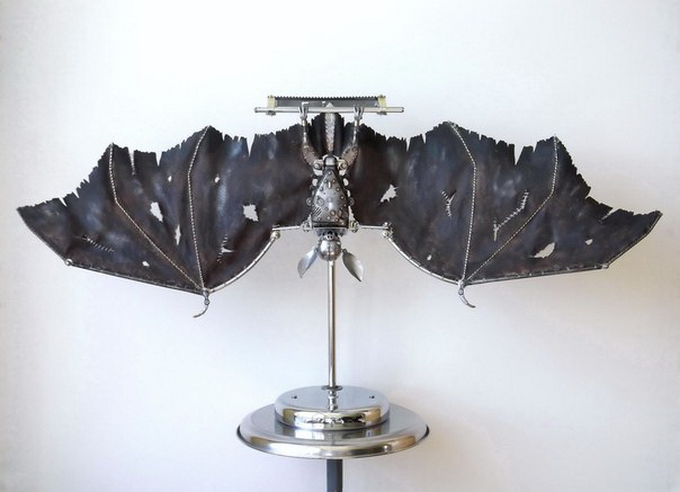 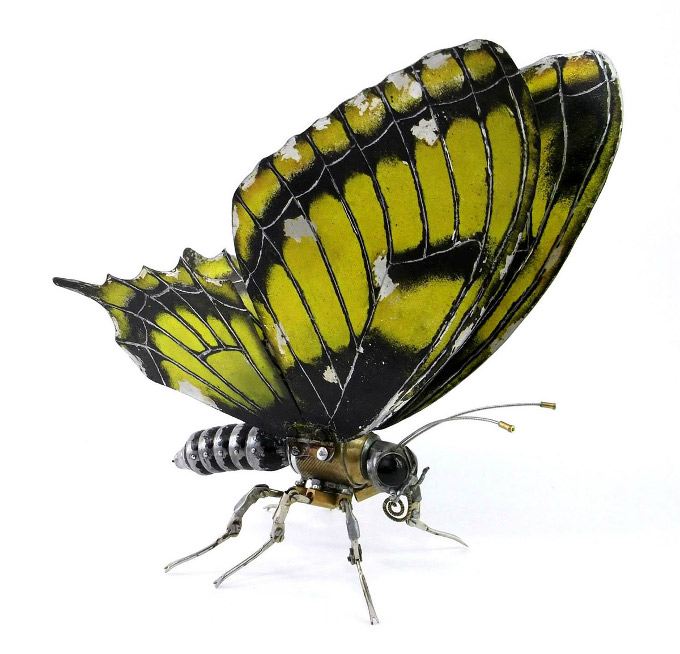