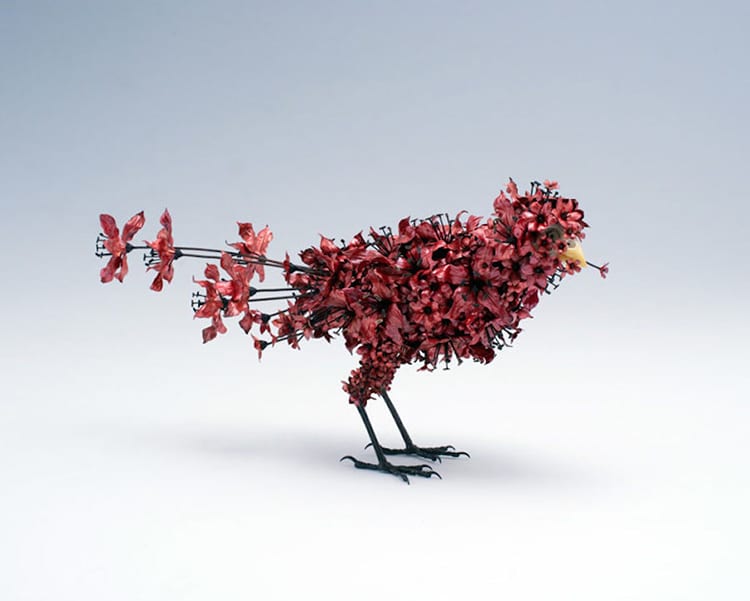 Japanese artist Taiichiro Yoshida uses traditional metalworking techniques to create flower-encrusted animal sculptures made from bronze, copper, and silver. In Japan, the ancient craft of decorative hot metalworking began sometime during the fourth century, and it’s a skill that has been passed down through generations of craftsman. The process involves carefully beating the hot metal into a malleable medium that can then be moulded into intricate motifs.

Yoshida’s impressively detailed works include squirrels, pigs, birds and macaques—also known as snow monkeys. He often incorporates artifacts from the animal he is modelling, such as skulls or feathers and covers the rest of the body in delicate metal flowers, forming the suggestion that nature is starting to reclaim it.

Each piece begins as a plasticine base to which he adds the flowers—some of which are Japanese cultural symbols. Yoshida uses natural metals found in nature, which mirror the subjects of his art. His sculptures often feature five distinctive colors—white, black, pinkish-red, copper brown, and a blue-green copper patina—each of which are achieved by cooling the heated metal at specific stages. The results are beautiful! 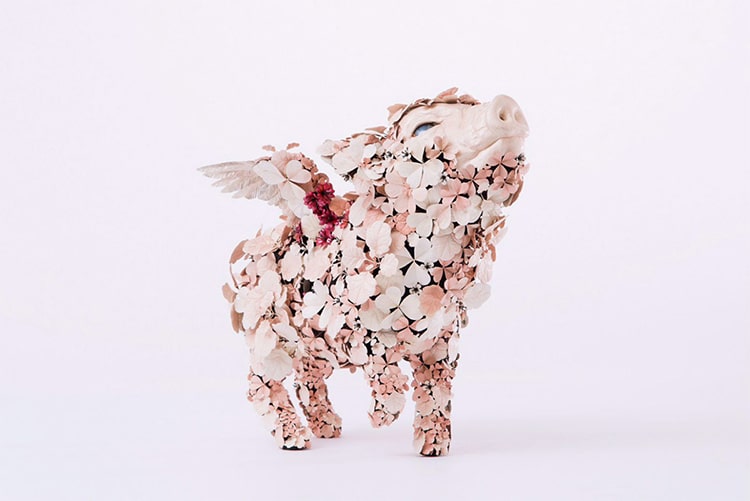 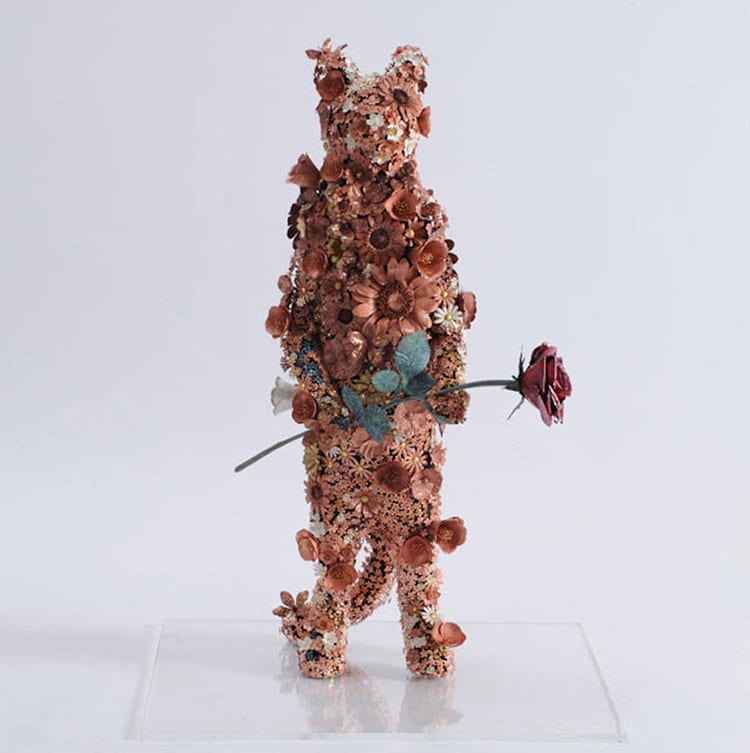 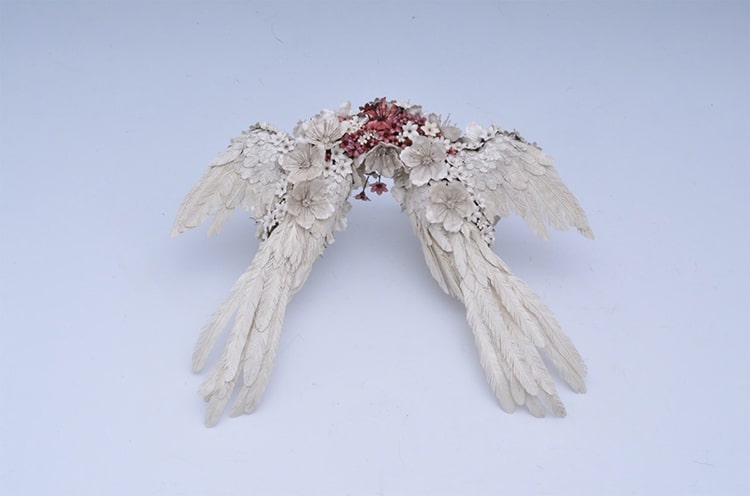 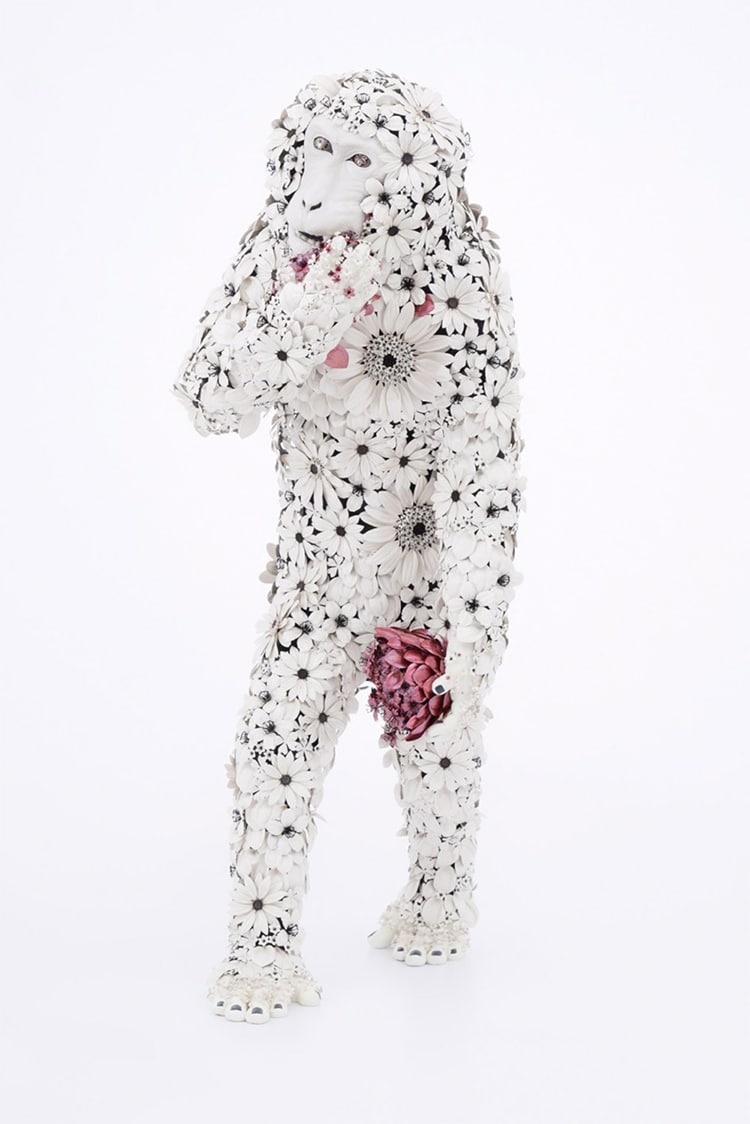 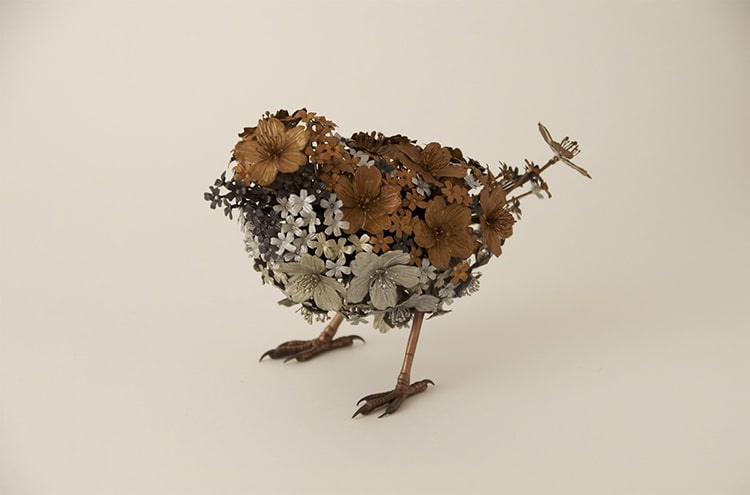 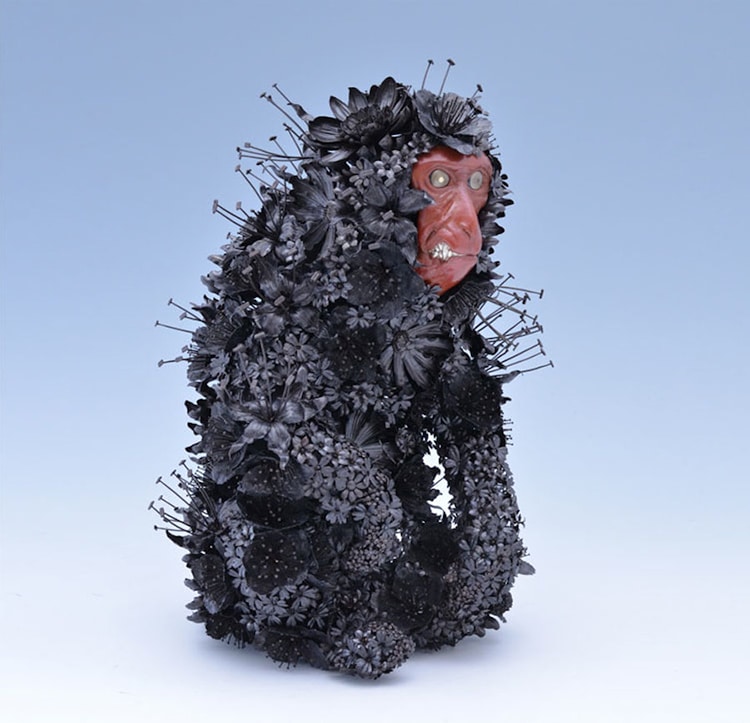 In some cases, Yoshida incorporates pieces from the original animal in his sculptures such as skulls or feathers. 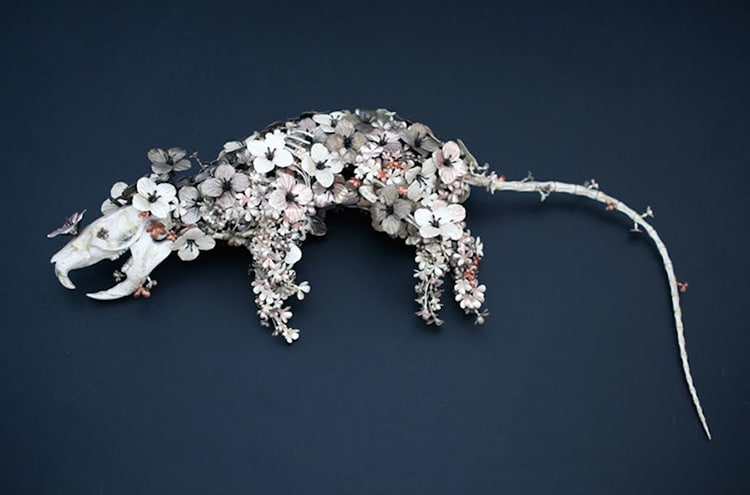 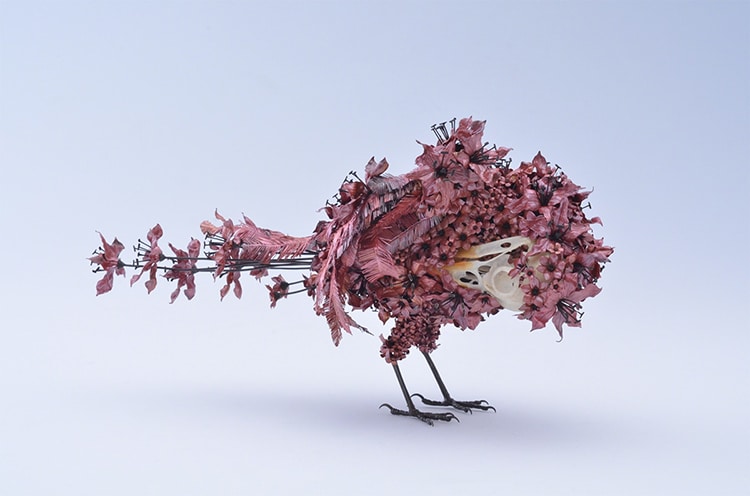 All images via Taiichiro Yoshida.

Artist Constructs Striking Creatures Out of Hubcaps and Scrap Metal