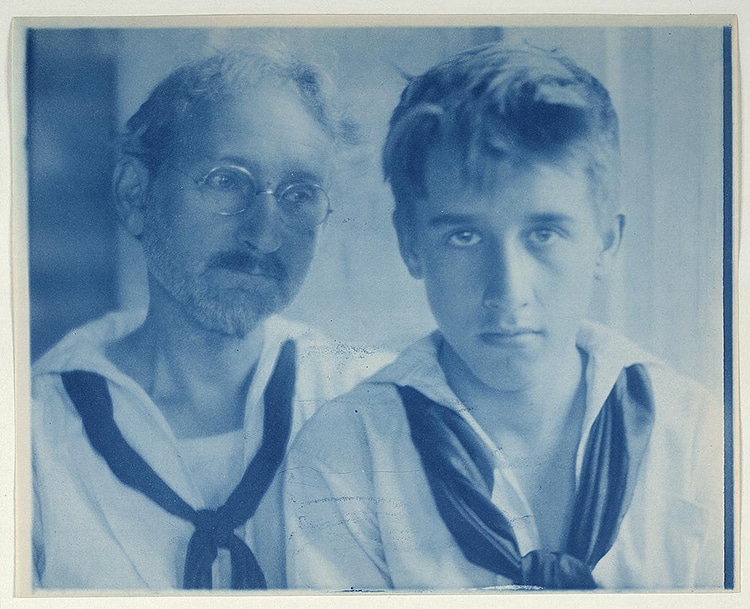 The word “photography” derives from the Greek words for light (phōs) and drawing (graphé). So, it's safe to say that inventors and photographers have developed many innovative ways of “drawing with light.” One method that was introduced in the 19th century is cyanotype photography—an early photographic process known for the brilliant blue (cyan) hue of the final print.

It was developed in 1842 by English astronomer Sir John Herschel, who was looking for a way to make copies of his notes. Cyanotypes offered a simple way to replicate drafts and diagrams. And since color photography did not yet exist, they provided a tinge of color to otherwise black and white images. Cyanotypes are still used today as an alternative printing medium; however, during the 20th century, as photography and technology advanced, the technique became somewhat obsolete. It reverted to primarily being used for replicating architectural diagrams and design notes—aka blueprints. 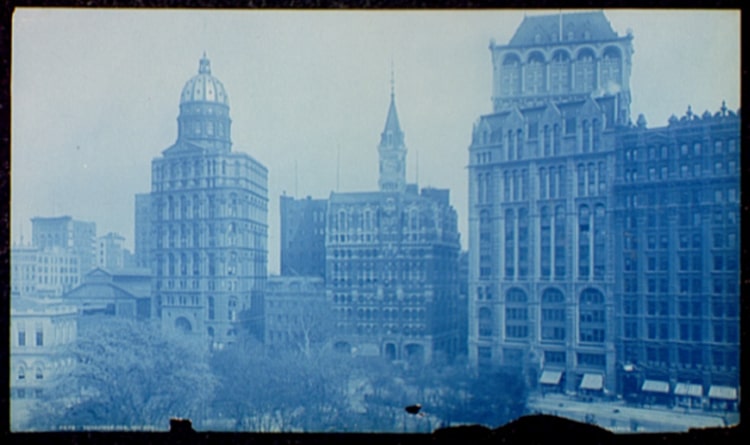 While the cyanotype process was most commonly used in making blueprints, artists and scientists have been drawn to the medium since its invention. One of the earliest uses of the process was by Anna Atkins, a botanist and friend of Herschel. Atkins made photogram prints by laying an object (rather than a negative) directly upon the sensitized surface. Her dried seaweed specimens produced stunning photograms worthy of display, but her motive was primarily to illustrate her book Photographs of British Algae: Cyanotype Impressions. Due to her work with cyanotype, Atkins is considered the first female photographer. 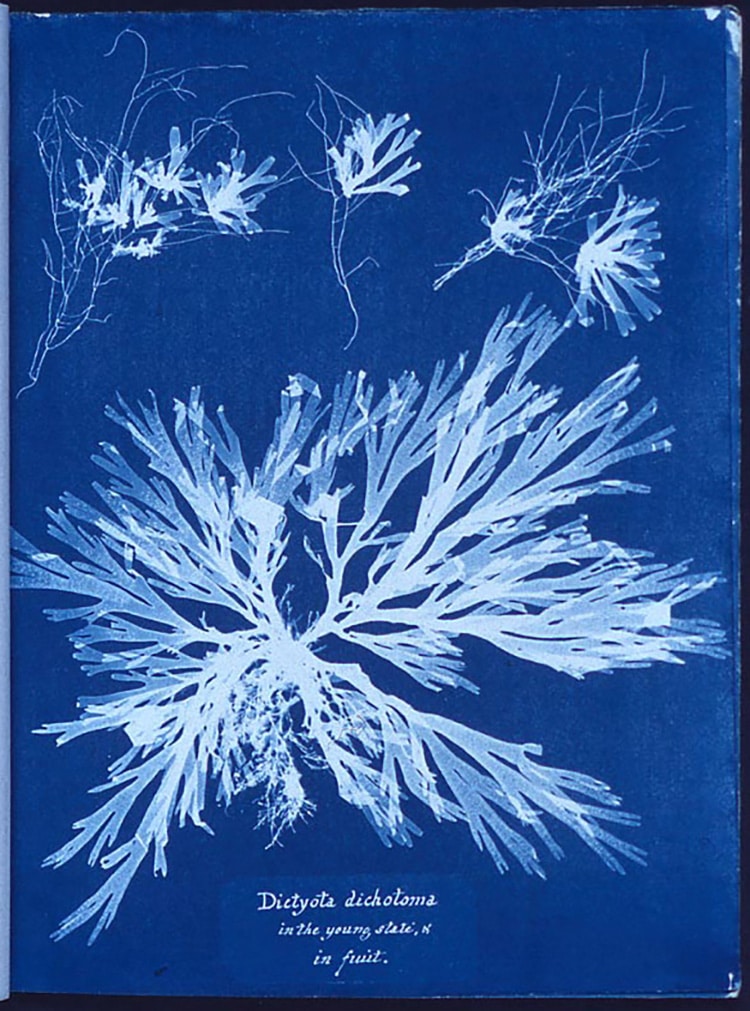 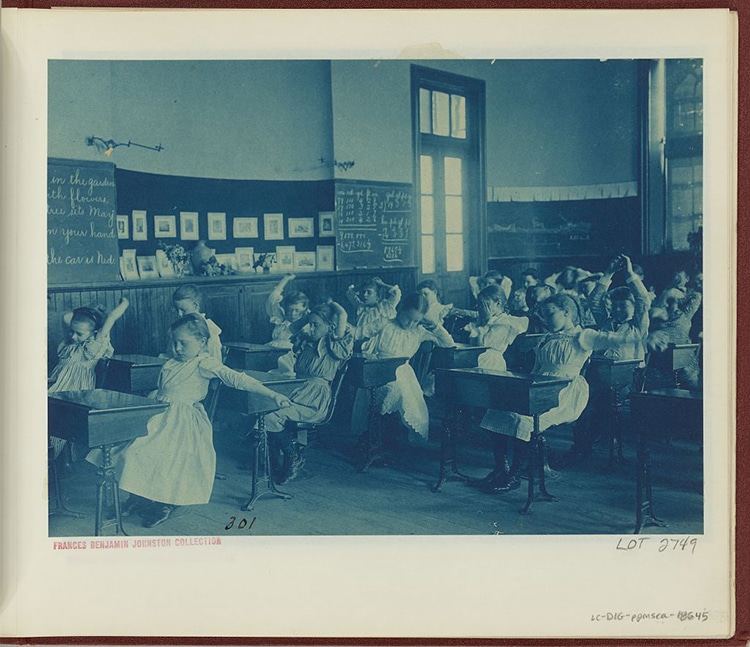 Compared to some other photographic processes, the cyanotype process (aka the blueprint process) is chemically simple. Potassium ferricyanide and ferric ammonium citrate solutions are combined to make an iron-rich sensitizer solution. The solution is then brushed evenly over paper, fabric, or other porous surfaces. The sensitizer chemicals react to light when exposed, so this coating should take place in dim light.

Dry coated sheets are placed in UV light such as sunlight, which is why cyanotypes are sometimes referred to as sun prints. The opaque areas of a negative block the light while other areas are exposed. A chemical reaction of the iron compounds takes place and the exposed paper appears yellowish or bronze. The final step is a simple water rinse, which washes away the unexposed sensitizer. Under the yellow will be a brilliant blue derived from oxidized iron. The blue darkens as the print dries to reveal the final product.

What is Prussian Blue?

The exposed sections of cyanotype prints turn a special color known as Prussian blue. During the final rinse, these pigments remain because Prussian blue does not dissolve in water. Produced by a chemical reaction developed in the early 18th century, Prussian blue became a coveted pigment among painters in Europe and Japan (including Hokusai). To show off their wealth, families would also have household rooms painted in the deep hue. 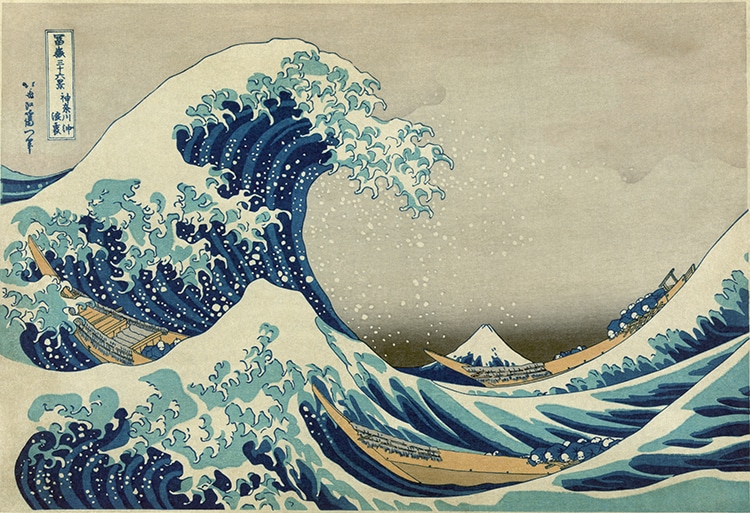 Here are some examples of cyanotypes created in the early 20th century. 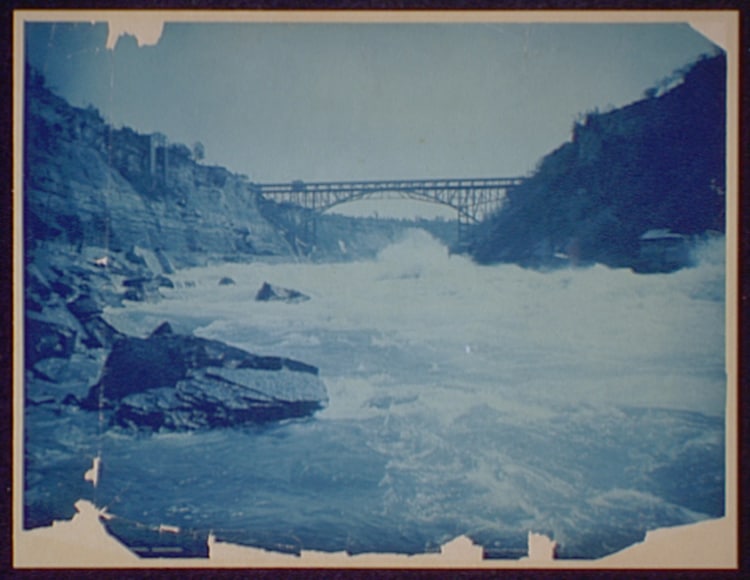 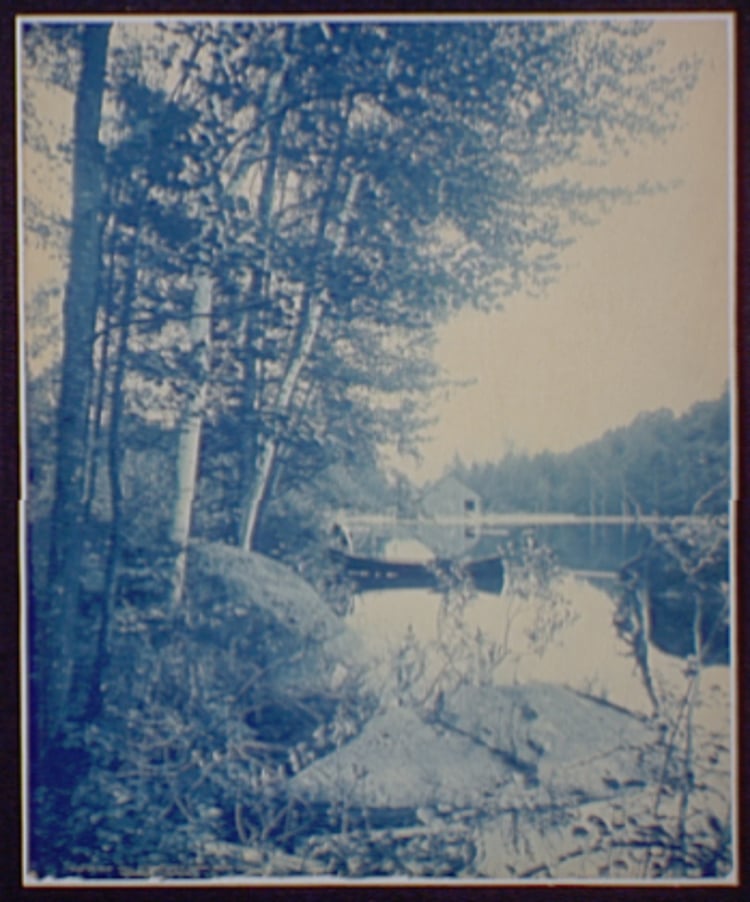 Cyanotypes are easy, fun, and relatively affordable to attempt. For more experienced photographers or artists, you can buy and mix chemicals to coat different surfaces with sensitizer. (See instructions here and here.) There are also cyanotype kits available for families or those looking for a quicker process. (Ready-made sensitized paper can also be bought separately from art suppliers.)

For those who are more used to a digital approach and don't have actually film negatives, you can use Photoshop (or another photo editing program) to invert a digital black and white photo into a negative. Then, you can print your inverted photo onto transparency film (making it just like a film negative).

Next, all you'll really need is sunlight to expose your sensitized paper and water to wash away the unexposed sensitizer. 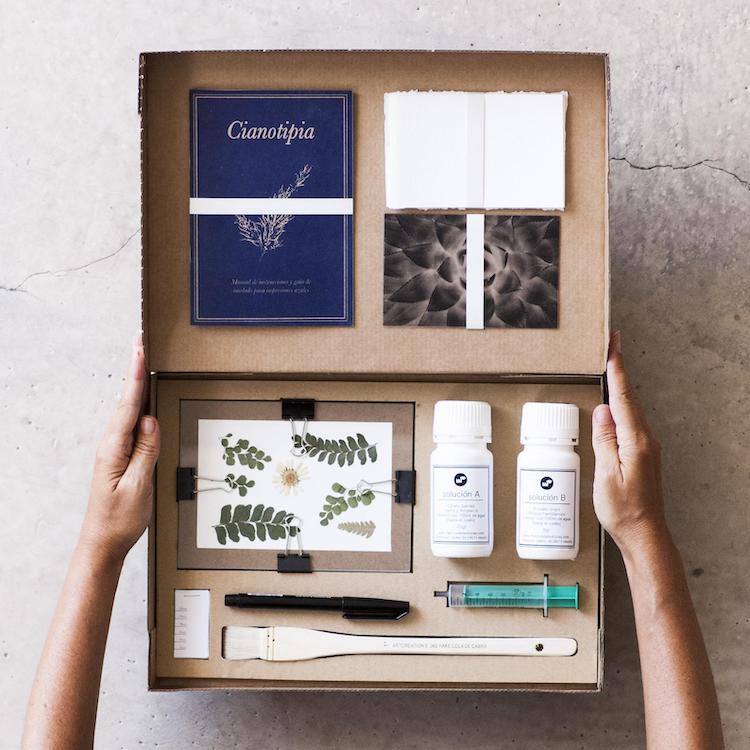