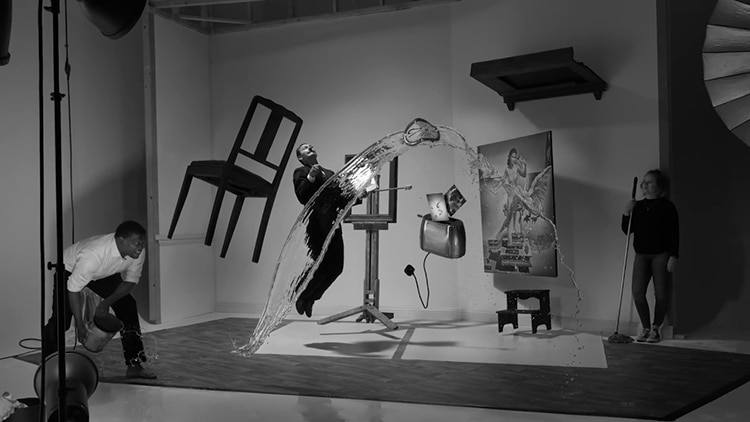 Philippe Halsman's 1948 portrait of surrealist painter Salvador Dalí—entitled Dalí Atomicus—is one of the art world’s most famous images. Guernsey-based photographer Karl Taylor was so inspired by the iconic photo, he decided to create his own modern version. He explains, “It has been a favorite of mine for as long as I remember and it is probably the root of my own interest and specialization in photographing fast moving liquids and smashing objects.”

The surreal composition and precise timing of Dalí Atomicus perfectly captures the essence of the world famous artist. Inspired by Dalí's own Leda Atomica painting, the image explores idea of suspension. Out-of-the-ordinary props—including the original painting, a floating chair, a splash of water in motion, a footstool, an easel, three flying cats, and last but not least, Dalí himself—are all suspended in mid-air, completing the dreamlike scene. Taking the assembled production cast 28 takes to get it right, the final result was published in LIFE magazine in 1948.

For Karl Taylor’s modern recreation, he chose to replace the flying cats with a toaster and a “melting” clock inspired by Dalí's The Persistence of Memory painting. First, Taylor’s team got to work building the background walls, using the original image as reference. After setting up the props, the next task was the figure out how to recreate the lighting and shadows. The objects were illuminated from all directions with industrial Flooter lights and beams.

The next challenge was to capture the Dalí look-alike in midair, as well as the water in motion, which artist Adebanji had the task of throwing from a bucket, over and over again. Taylor achieved his uncanny replicate in 29 takes—one shot more than the original—while the BBC documented the entire process. 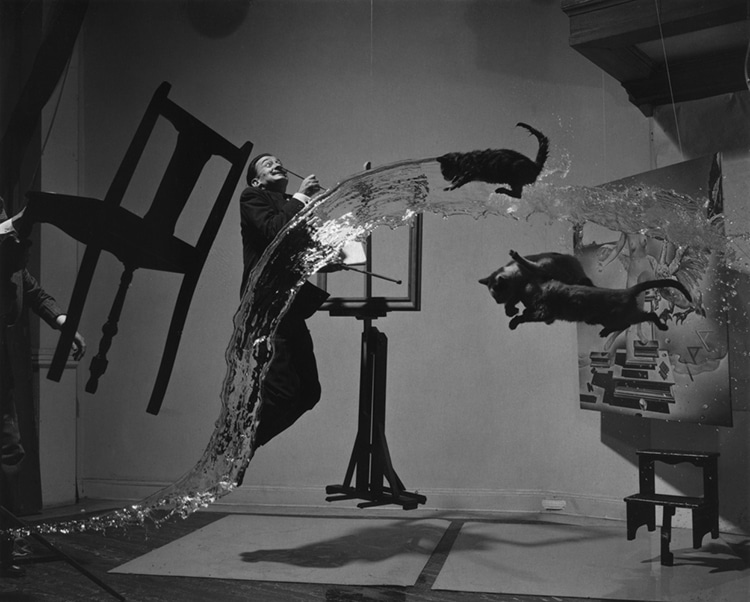 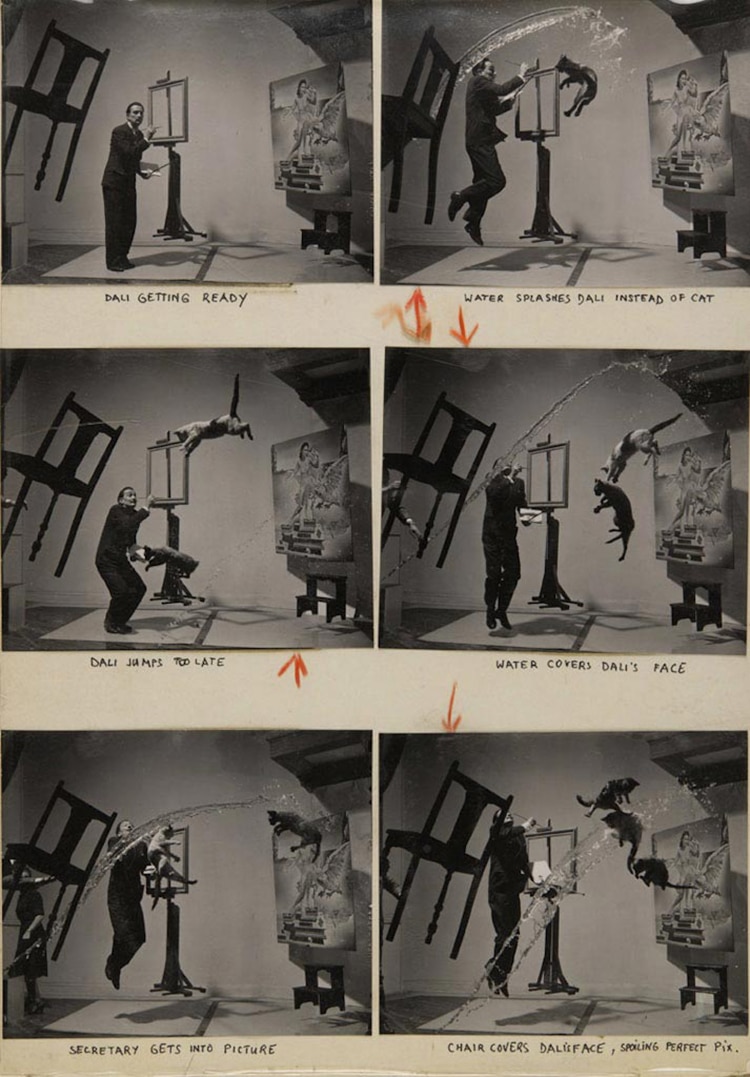 Although he chose to replace the flying cats with different props, his modern version is impressively close to the original. 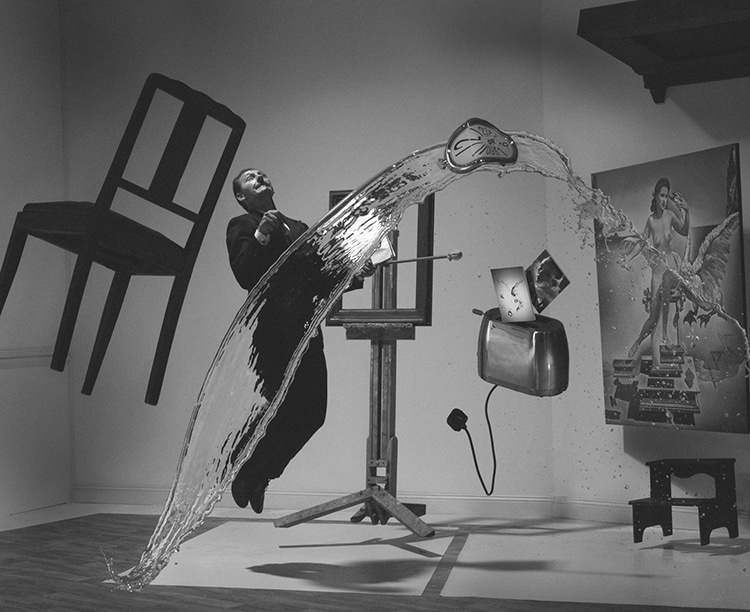 Watch the behind-the-scenes footage to find out how he achieved the final image.

All images via Karl Taylor.