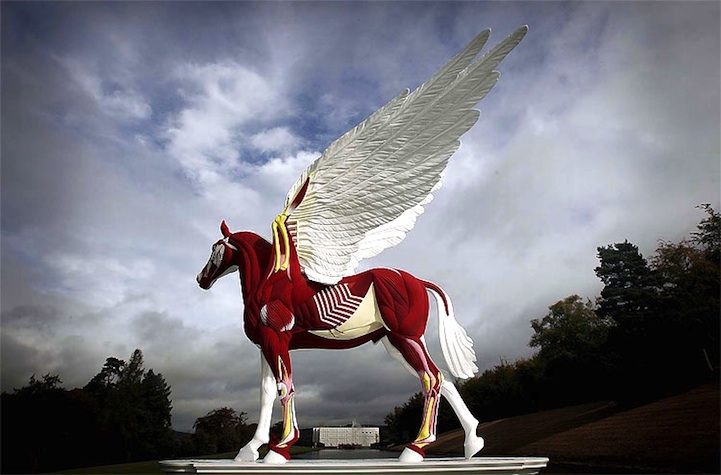 If you're interested in seeing some actual Damien Hirst sculptures, you're in luck. Two new Hirst works will be shown for The Beyond Limits sculpture exhibition at Chatsworth House in Derbyshire, England starting September 16 and running until October 30. The more shocking of the two is called Legend; it's a winged horse that has been partly surgically flayed, exposing muscle and bone. The other is a unicorn called Myth, which has skin removed from its legs.What was the point? Hirst said that the pieces were a continuation of his interest in the relationship between science and religion. “In a way science brings religion down to earth and to cut open mythical creatures and expose them as no different to mortal horses is somehow still magical. It's kind of like exploding a myth to make it real.” 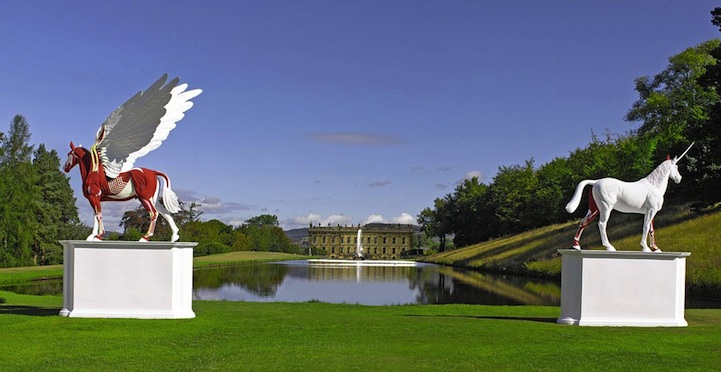 A total of 26 sculptures by 20 leading artists like Ren Magritte, Marc Quinn, Takashi Murakami, and Ji Yong-Ho, will be on display. All are available for sale to collectors through Sotheby's.

Check out some preview photos over at BBC.