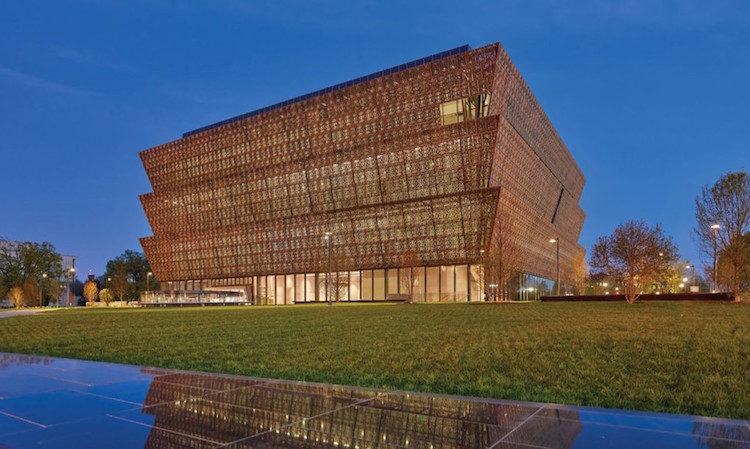 The highly-anticipated Smithsonian National Museum of African American History and Culture (NMAAHC) has recently opened its doors to the public. Designed by architect David Adjaye, construction on this striking, 400,000-square-foot building took four years. It occupies the last remaining space on the National Mall, earning its place as a structure that’s compelling both inside and out.

The inspiration for the three-tiered, ornamental NMAAHC came from Yoruban art from West Africa; this reference has a deep historical significance, because it’s where more than half of the 18th century slave trade took place. Adjaye’s contemporary interpretation recalls the tribe’s traditional wooden caryatid—a sculpted female figure serving as a vessel with a bowl on her head.

Beyond the overall shape, NMAAHC has an intricate, decorative facade that’s clad in bronze aluminum panels. It too holds a deeper meaning and relates to the ironwork of African American slaves in the 19th century New Orleans.

The newest Smithsonian boasts 36,000 artifacts and currently features over three thousand of them. Some date back to the 1600s—such as objects from the slave trade—while some, like Oprah’s couch, are more recent. Admission to the museum is free. 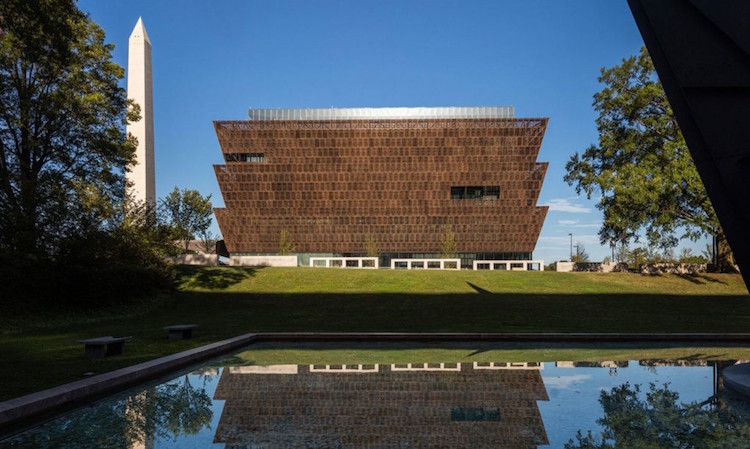 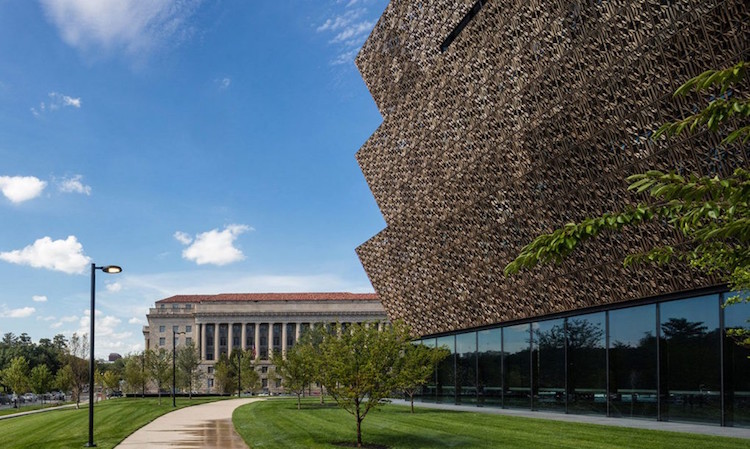 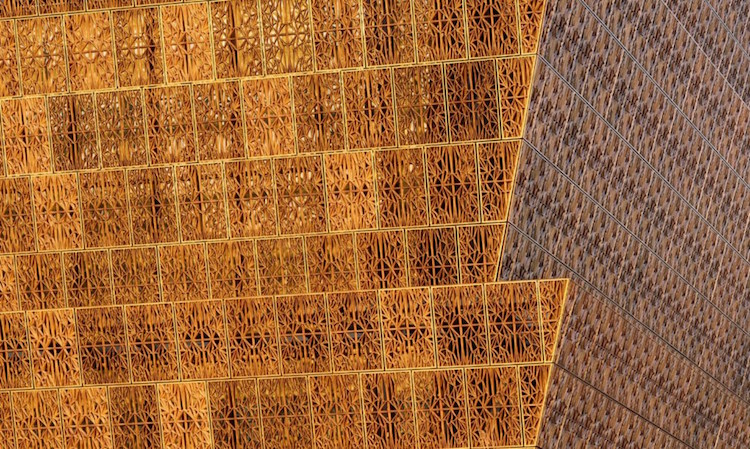 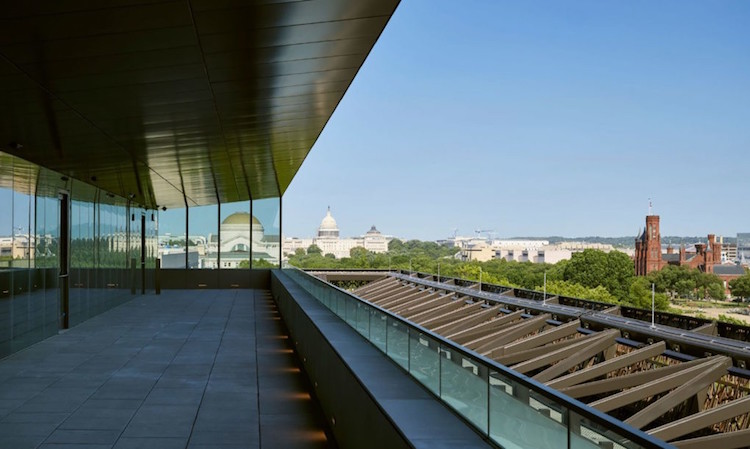 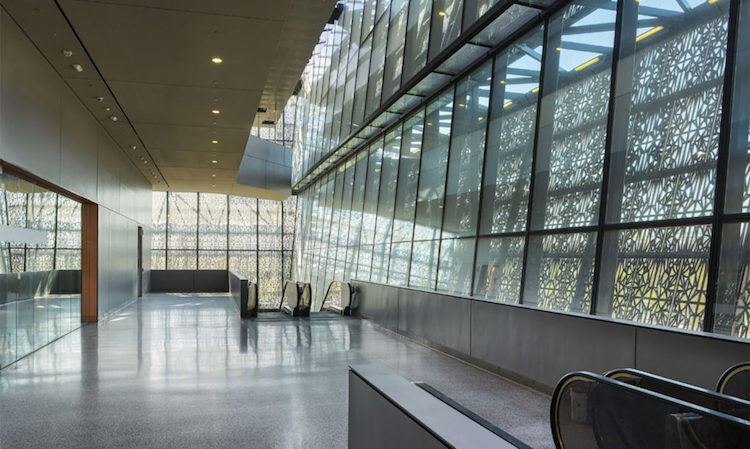 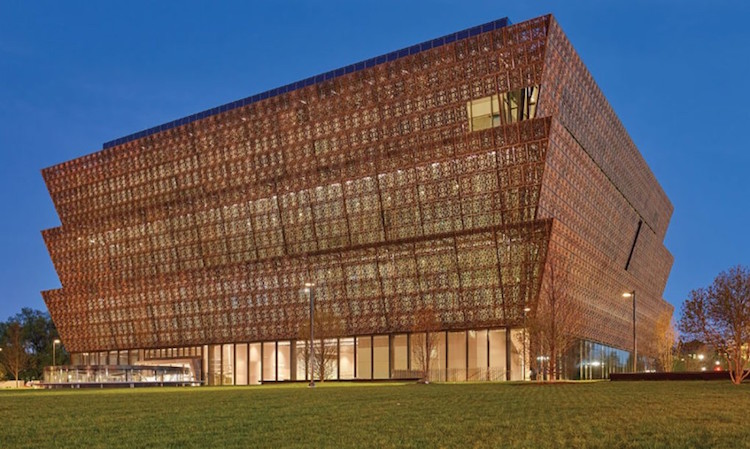 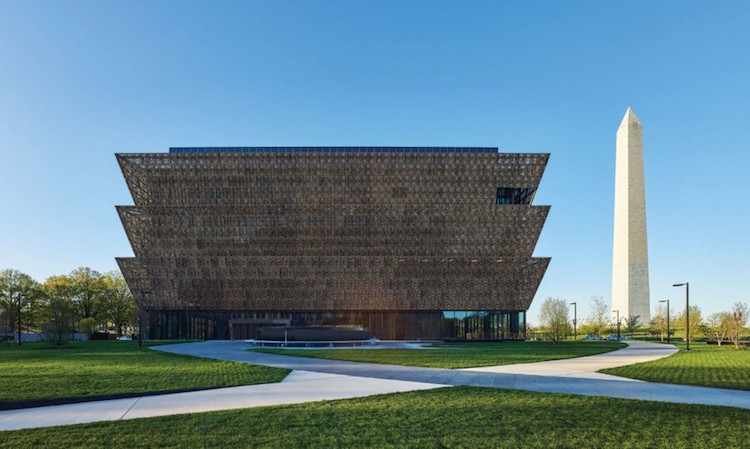 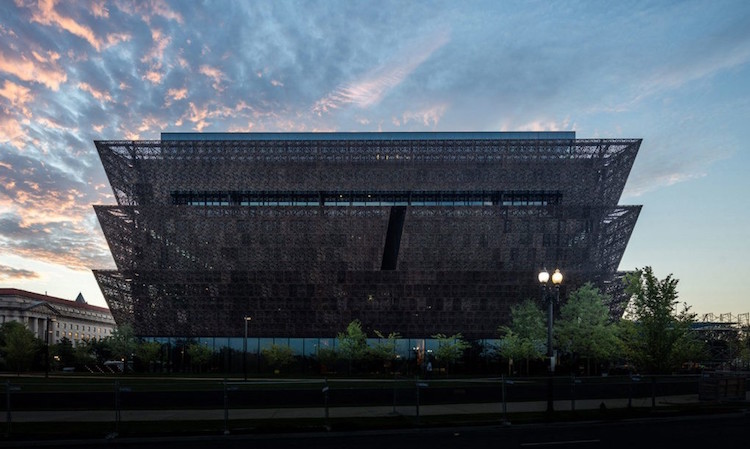 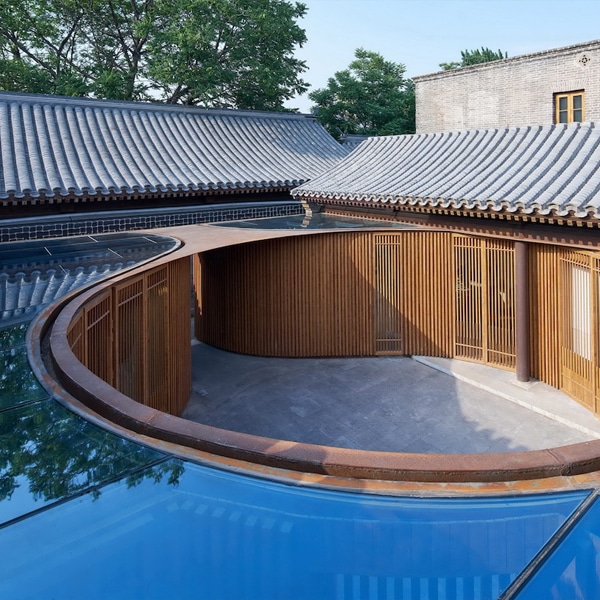 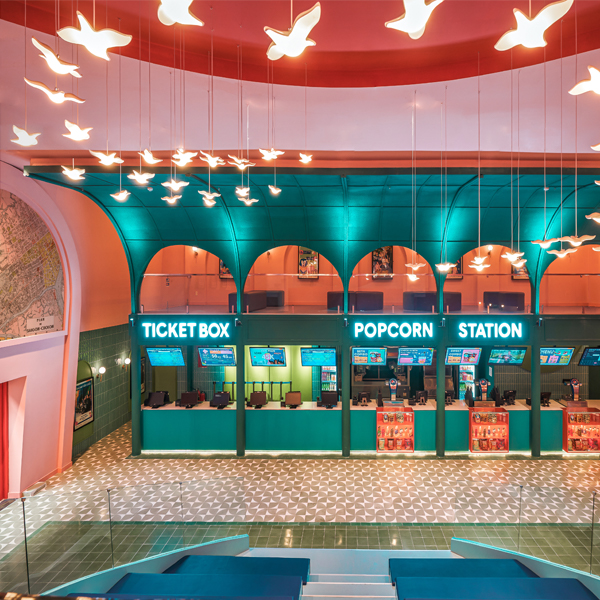