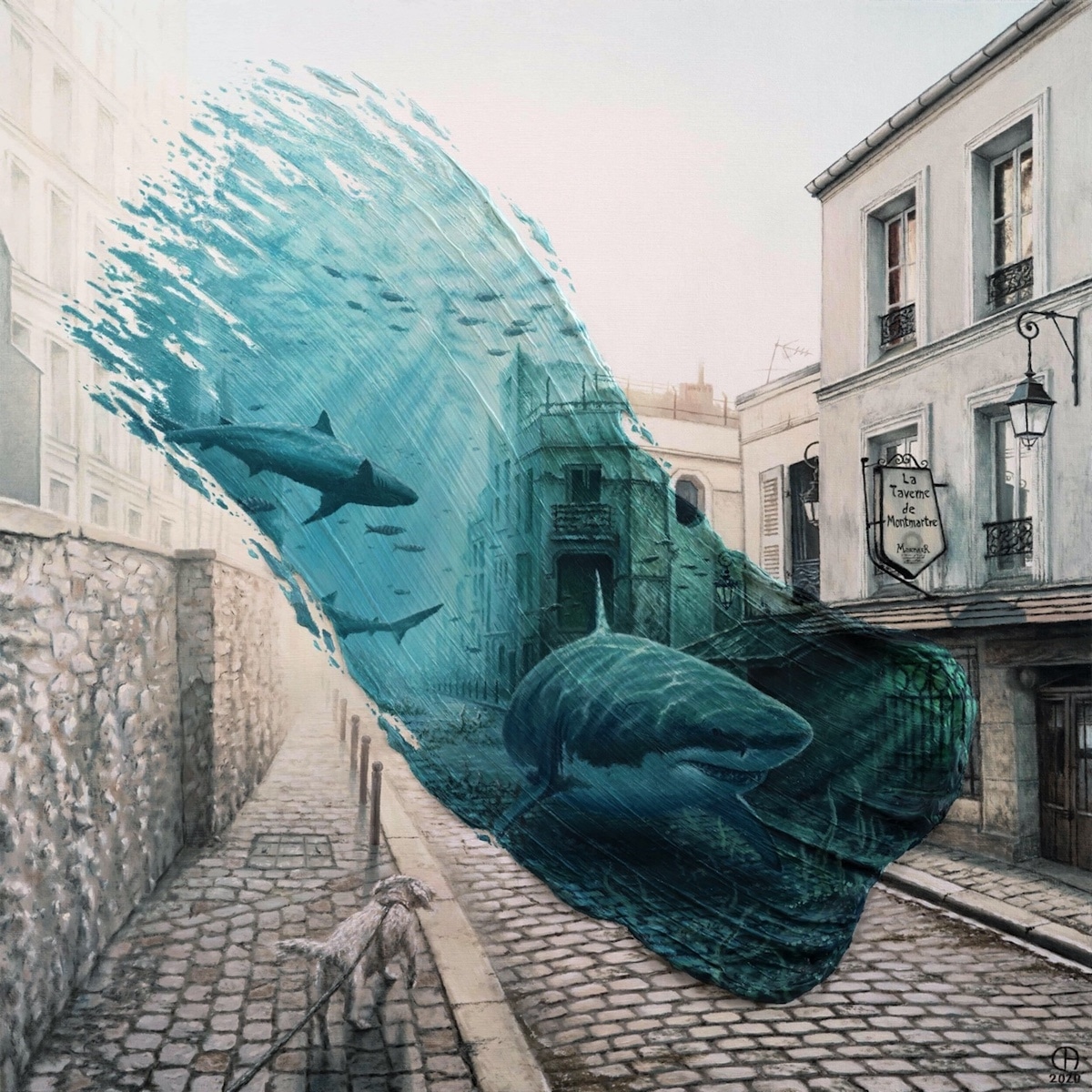 Munich-based painter David Ambarzumjan continues to expand on his series Brushstrokes in Time, in which two wildly different landscapes converge on the same canvas. Each painting features a striking comparison of two distinct time periods, where one is contained within a broad, expressive brushstroke that sweeps through the composition.

This isn't the first time we've marveled at Ambarzumjan's ongoing project. “The new paintings continue to juxtapose two different times of the same place with colorful contrasts and surreal compositions,” Ambarzumjan explains to My Modern Met. “I started working on these pieces right when the pandemic started to surge so I felt inclined to put us, the viewer, in a seemingly passive role and instead focus on the animal world around us, even if many of the works remain centered around our footprint on this planet. I had so much fun painting all these different animals in their natural, and in some cases, unnatural environments.”

Ambarzumjan's paintings star a variety of animals, including deer and foxes, as well as species of fish that reside in an array of diverse places. Sharks in Montmartre, for example, takes place in the famous art district of Paris. A single blue brushstroke encapsulates a number of great white sharks swimming over a quiet pedestrian street. “In the present, a small dog is seemingly aware of the glimpse into the post-apocalyptic future and confronts the big white shark,” Ambarzumjan reveals. “That's why I love expanding on the Brushstrokes in Time series—because it allows me to create so many bizarre and playful encounters.”

In another painting titled Running Out of Time, emperor penguins meet the dry and scorched landscape of the Cretaceous period of dinosaurs. Similarly, Watershed features a sleeping fennec fox dreaming about a past era of water and fish. “While many of the paintings address the unpredictability of life and our impact on the environment, my main goal is the emphasize the admiration I have for this planet we live on,” Ambarzumjan says, “and I hope my tongue-in-cheek sense of humor isn't lost on people when viewing these works.”

Scroll down to see Ambarzumjan's surreal paintings, and visit his website to learn more about the Brushstrokes in Time series.

Munich-based painter David Ambarzumjan has expanded on his surreal series Brushstrokes in Time. 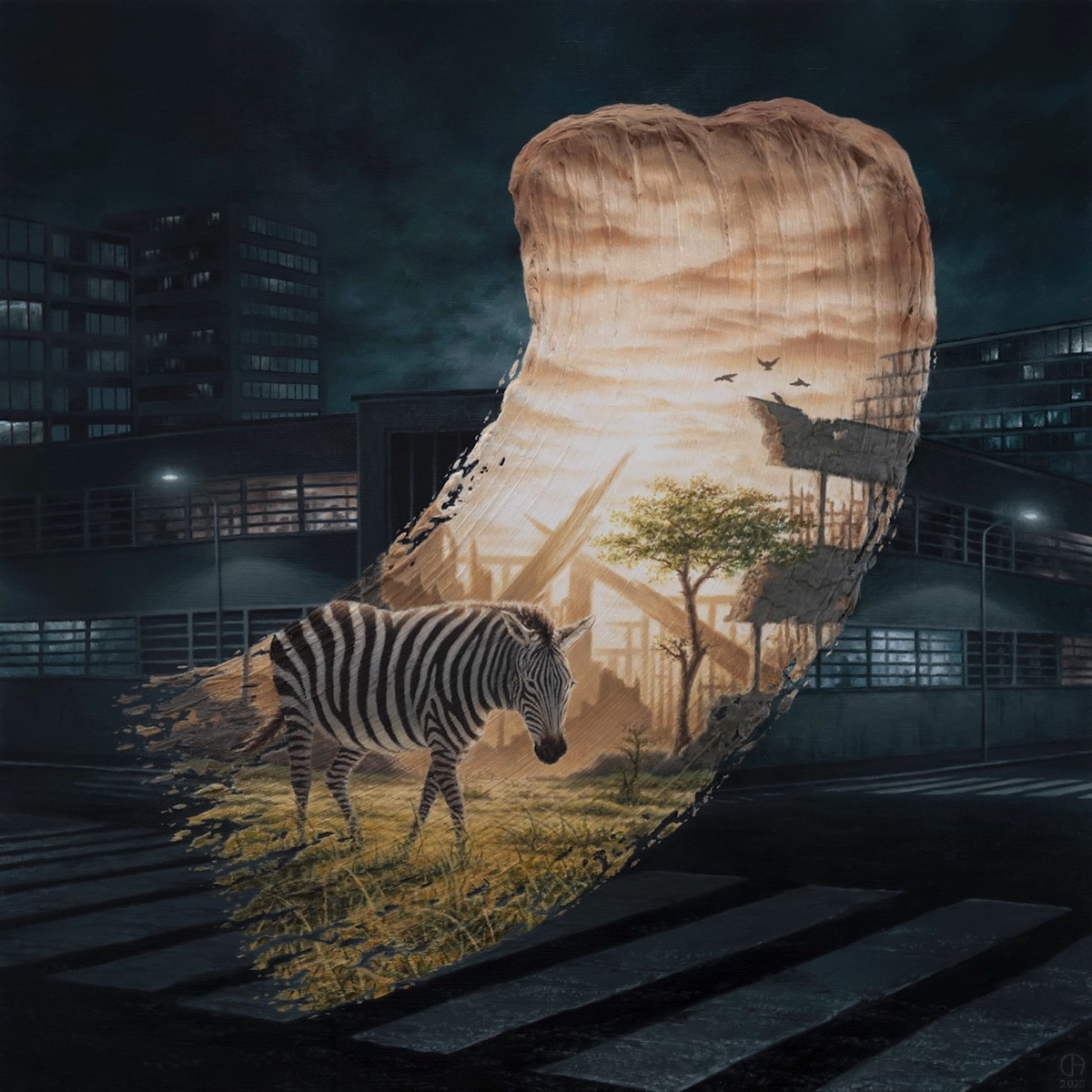 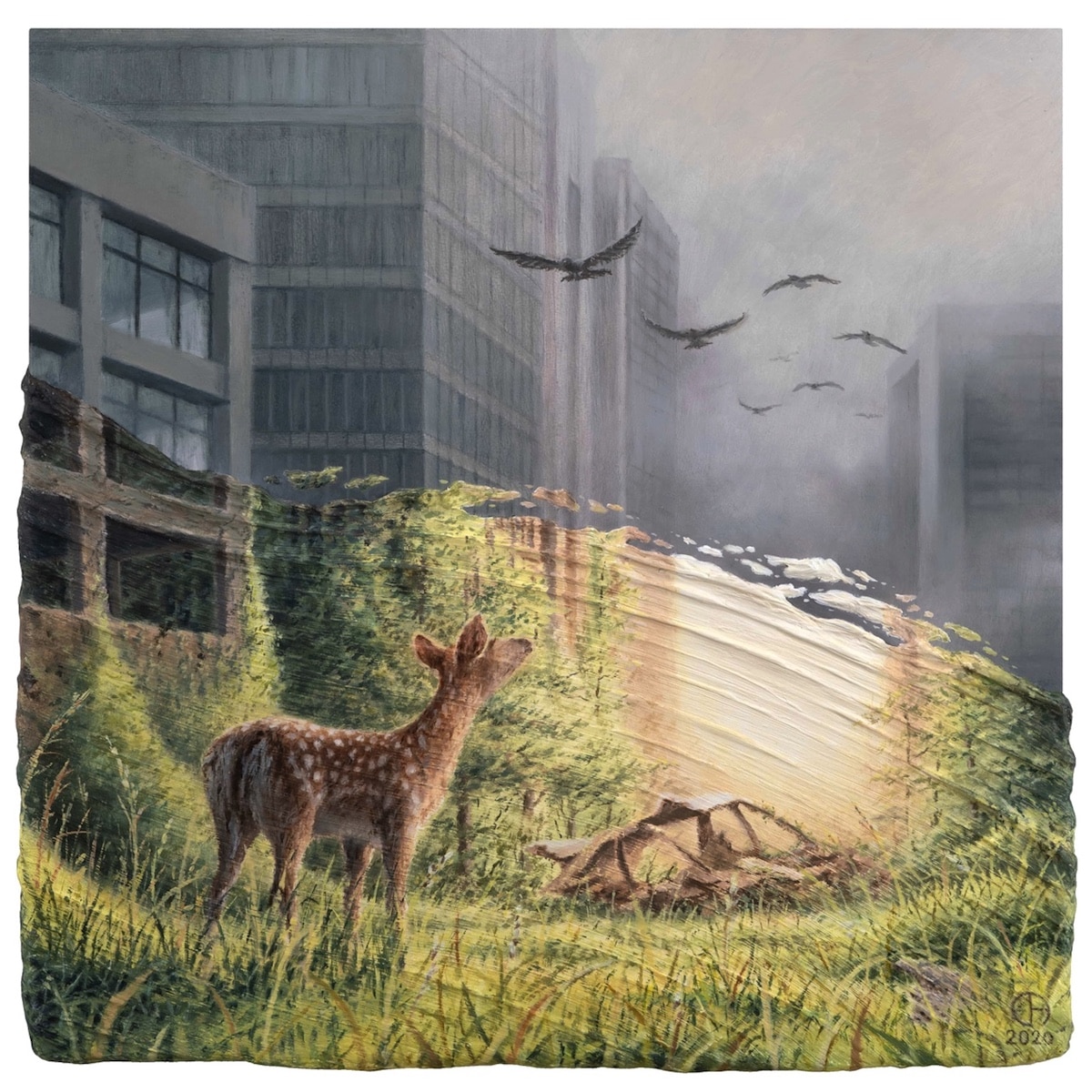 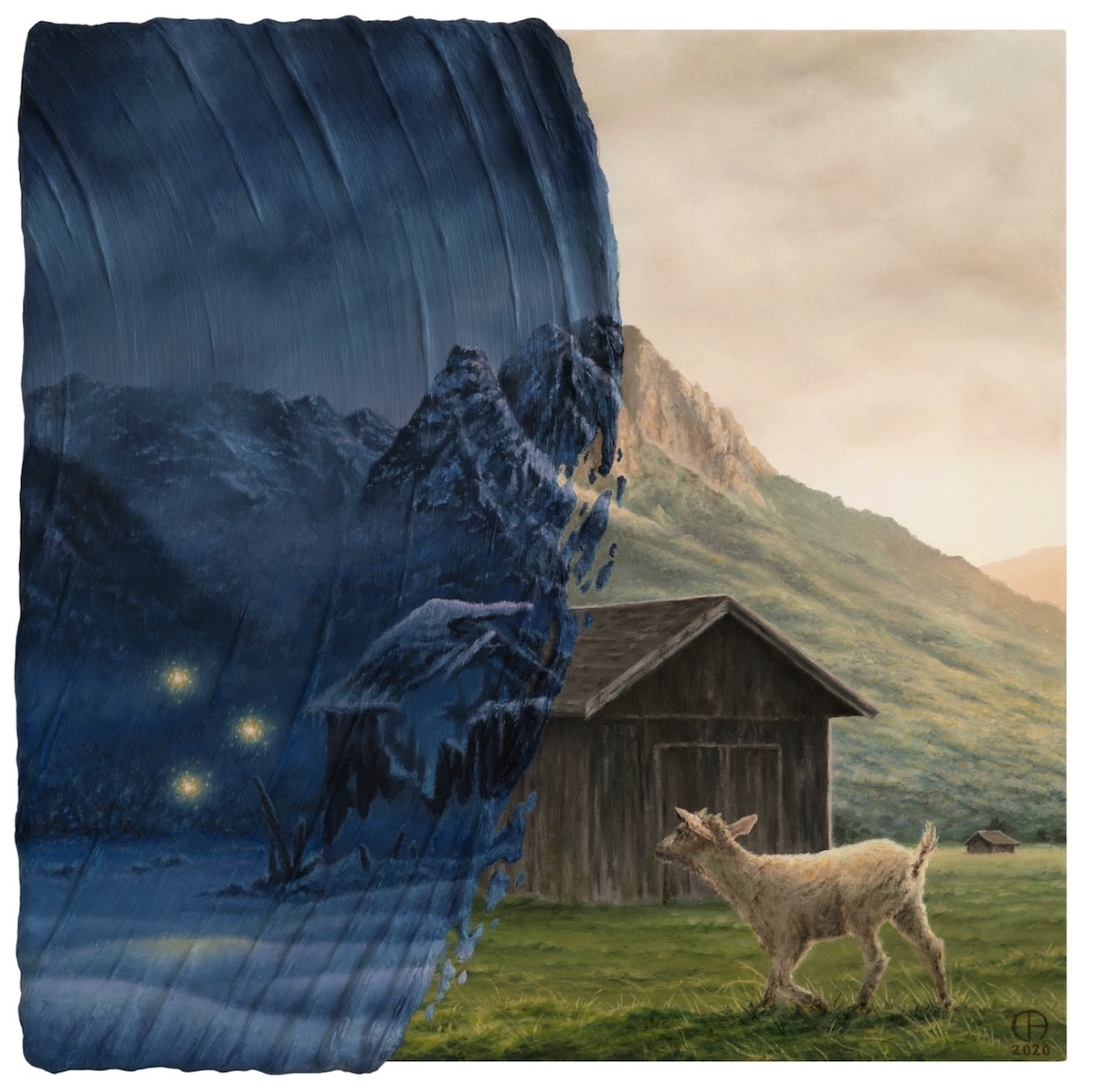 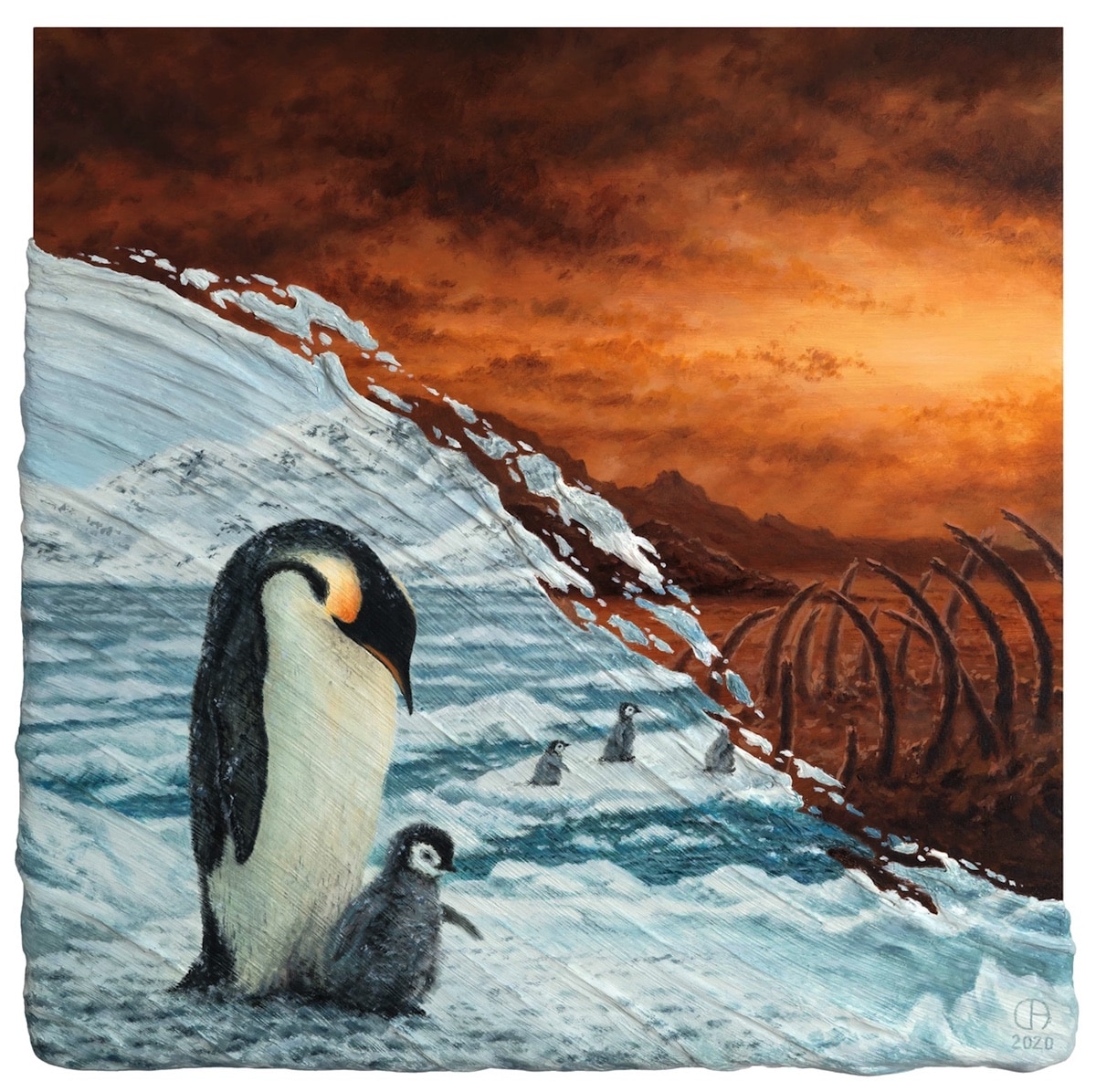 “Running Out of Time” 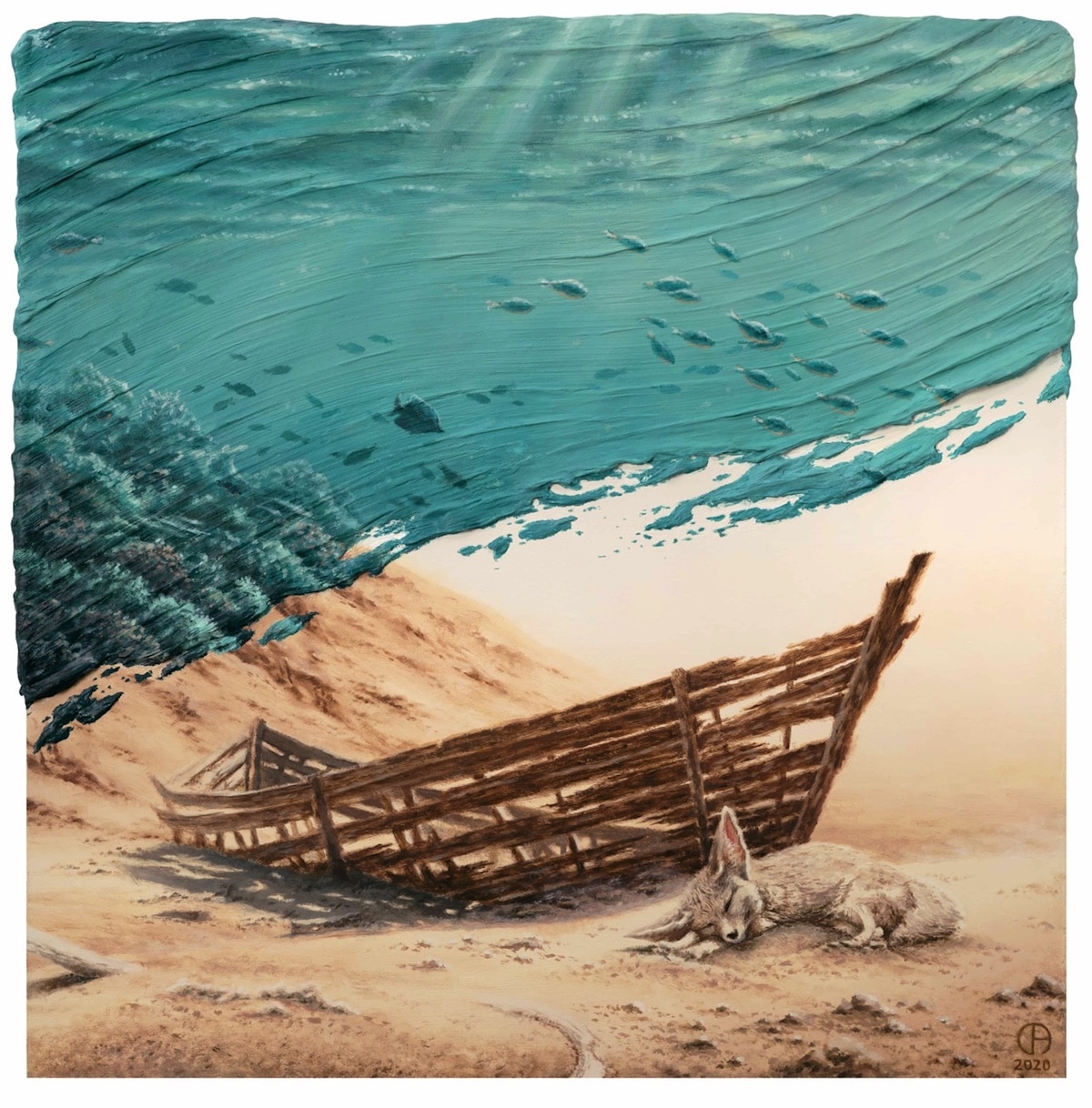 Love these paintings? Share
Like My Modern Met on Facebook
Get Our Weekly Newsletter
Become a
My Modern Met Member
As a member, you'll join us in our effort to support the arts.
Become a Member
Explore member benefits