By Madeleine Muzdakis on October 1, 2020 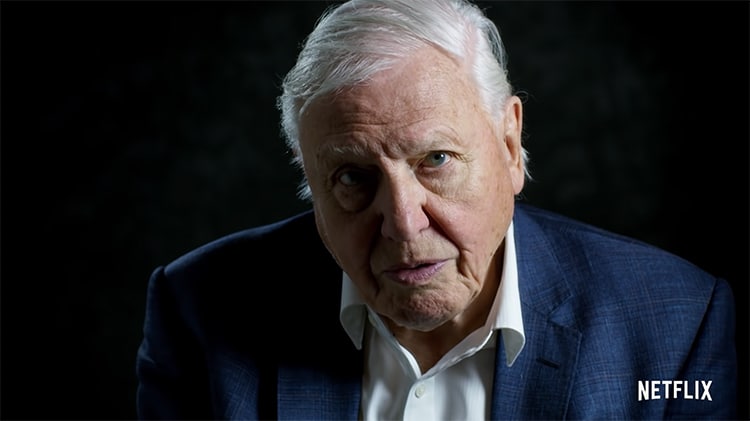 Sir David Attenborough in his upcoming film “David Attenborough: A Life on Our Planet”, produced by the World Wide Fund for Nature and Silverback Films. (Photo: screenshot from trailer via Netflix)

On September 24, British naturalist and broadcaster Sir David Attenborough joined Instagram. In just four hours and 44 minutes, the beloved historian amassed one million followers of his account and, in the process, set a new Guinness World Record. The BBC legend's first post on the platform—a video addressing climate change—has over 17.2 million views. In the video, Attenborough explains that he joined the platform because “the world is in trouble.” But his new account also sends a message of hope based in the power of communication, community, and the activism of youth.

Attenborough's first post states, “Saving our planet is now a communications challenge. We know what to do, we just need the will.” In this call to action, he stresses the importance of global youth taking the lead in climate discussions. Speaking to BBC Breakfast about communication strategies and youth voices, Attenborough shared the optimism he draws from his new Instagram following of 4.9 million. He commented, “I feel privileged that they should listen to what an old bloke like me is talking about.”

While it may seem odd that a 94-year-old knighted Brit broke an Instagram record, Attenborough's celebrity has rapidly spread in the past decade through his work with the BBC and Netflix. Netflix's Our Planet debuted to an enthusiastic reception last year. The series capitalized on the tremendous success of BBC 1's Planet Earth series, which aired in 2006, with a second series in 2016. All three projects were narrated by Attenborough and established his fame among a younger global audience. To cap off his status as a living film legend, this fall the naturalist collected his third Emmy award for his narration in the BBC America documentary Seven Worlds, One Planet.

Attenborough's first post (a video) emphasizes the urgency of the climate crisis, but it also conveys a message of hope in the power of communication, community, and youth activism.

Over a career of many decades, Attenborough has become a world famous (and Emmy Award-winning) nature filmmaker and narrator. 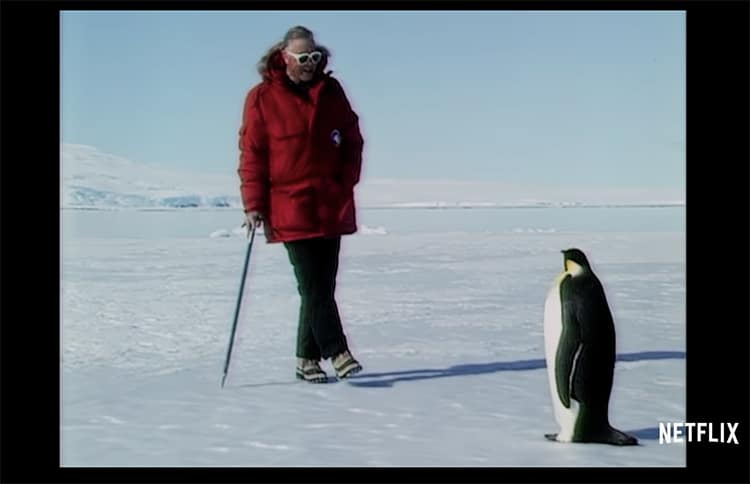 Vintage footage of Attenborough in his upcoming film “David Attenborough: A Life on Our Planet.” (Photo: screenshot from trailer via Netflix)

Watch the trailer for Attenborough's new film David Attenborough: A Life on Our Planet, out on Netflix on October 4, 2020.

Are You a David Attenborough Fan? Share
Like My Modern Met on Facebook
Get Our Weekly Newsletter
Become a
My Modern Met Member
As a member, you'll join us in our effort to support the arts.
Become a Member
Explore member benefits

Are You a David Attenborough Fan?