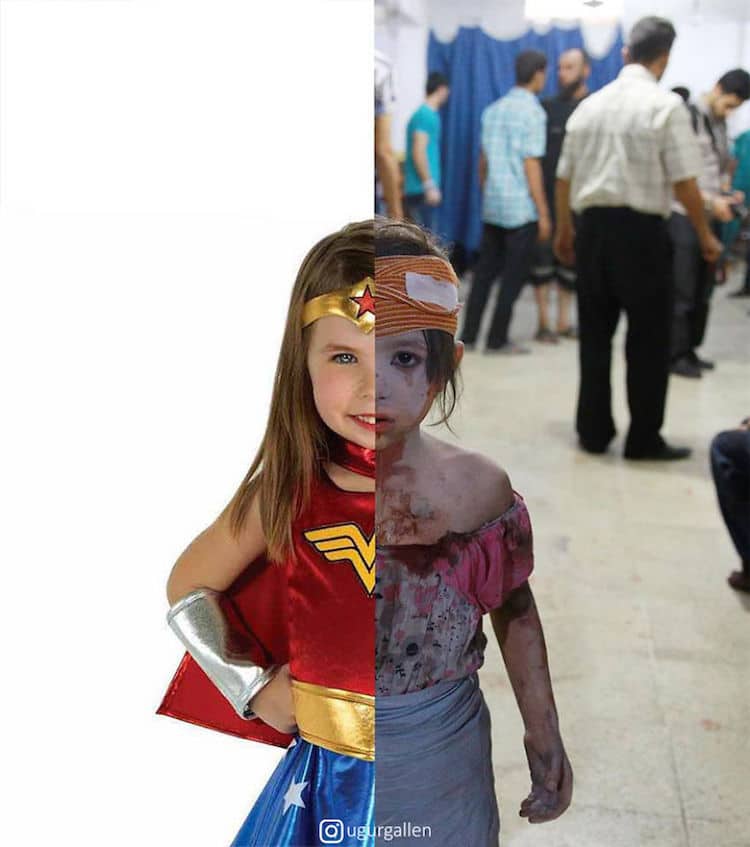 What began as peaceful uprising against the president of Syria seven years ago has now turned into a full-scale civil war. The Syrian conflict has left more than 350,000 people dead, and devastated entire cities, leaving its remaining residents no choice but to flee for their lives. To raise awareness of these issues, Istanbul-based artist Uğur Gallenkuş created a digital collage series, showing the stark contrast between the Western world and the destructive chaos of the Middle East.

“I live in Turkey, which happens to be located next door to one of the most dangerous regions in the modern world,” says Gallenkuş. “The contrast between these territories reflects two different worlds for me, and it inspired me to portray this in my work.” The artist’s striking images show the gut-wrenching differences between the two worlds, side-by-side.

In one half of an image, a pristine white yacht floats on the ocean, while the other side shows an overcrowded boat of refugees in orange life jackets, desperately trying to find safe land. In some cases, Gallenkuş visualizes how the lives of many children have been drastically affected by war. Half of one image shows a perfectly healthy little girl dressed as Wonder Woman, while the other side shows a girl of a similar age, covered in blood and bandages, clearly enduring unimaginable trauma.

“Previously, we’d know about the problems through journalism. Now, thanks to social media and visual media, we can communicate it very quickly and effectively,” Gallenkuş tells My Modern Met. “Using these tools, I made my own news to effectively share these issues.” Although some people might find the images distressing, the artist believes it’s important to raise awareness of what’s going on in other parts of the world.

“The problems in Eastern and Western states are caused by the government. Not society,” says Gallenkuş. “I’m a Muslim. People are Muslim, Christian, Jewish etc. It does not matter. Is a human good or bad? That’s all that’s important.” Like many who want world peace, Gallenkuş believes in freedom among all people and nations of the world. He reveals, “I wish that the whole world would live by the Mustafa Kemal Atatürk’s phrase ‘Peace at Home, Peace in the World.’ ”

You can find more of Gallenkuş’ work on Instagram.

Istanbul-based artist Uğur Gallenkuş’ digital collage series shows the contrast between the thriving Western world and the unfortunate chaos of the Middle East. 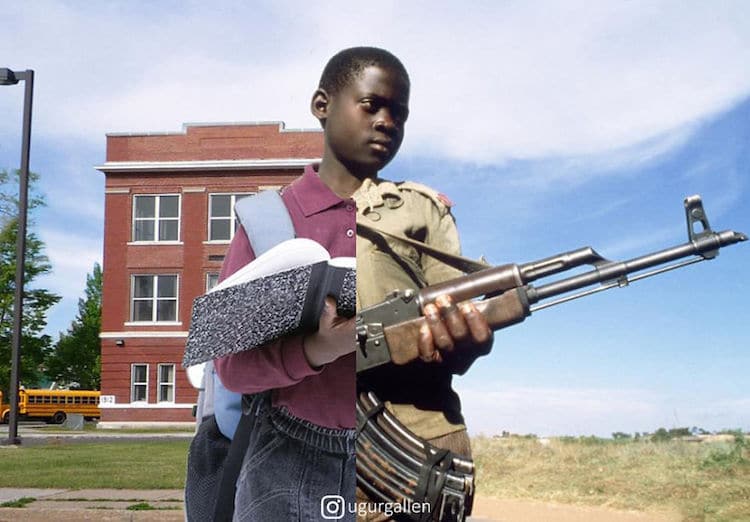 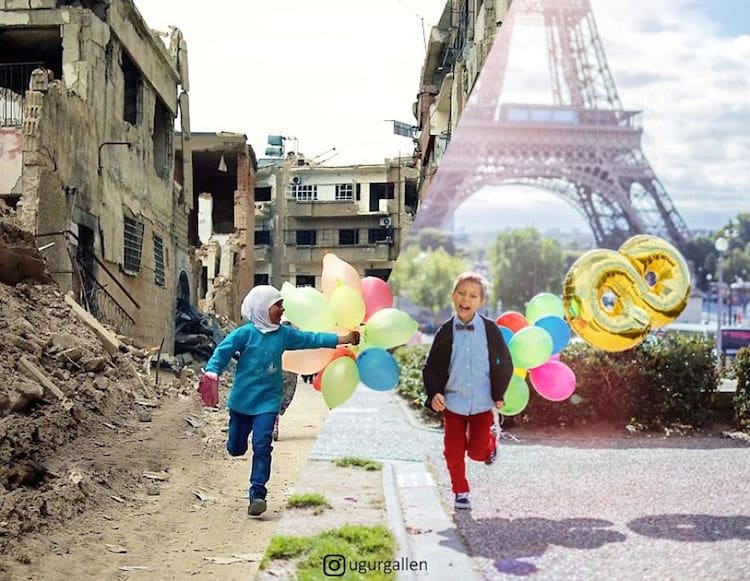 The Syrian war has left more than 350,000 people dead, and devastated entire cities, leaving its remaining residents no choice but to flee for their lives. 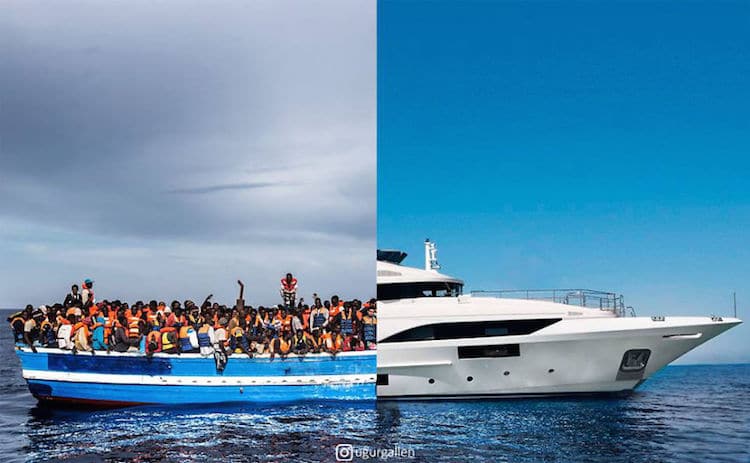 The artist’s striking images show the gut-wrenching differences between the two worlds, side by side. 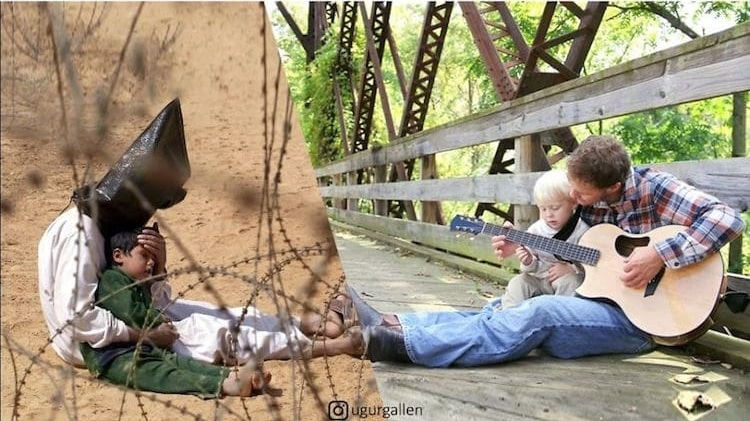 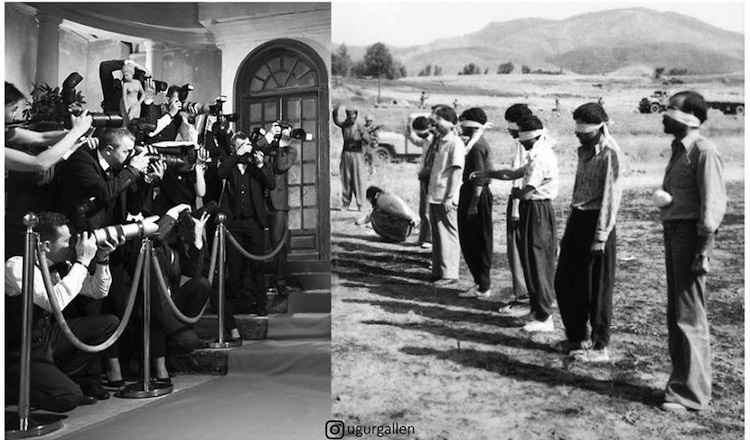 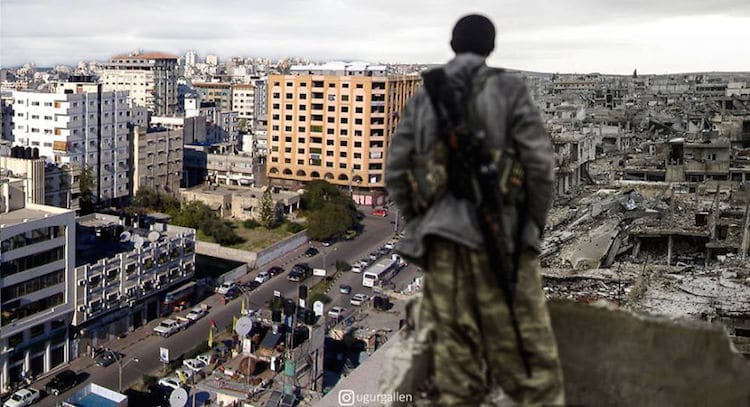 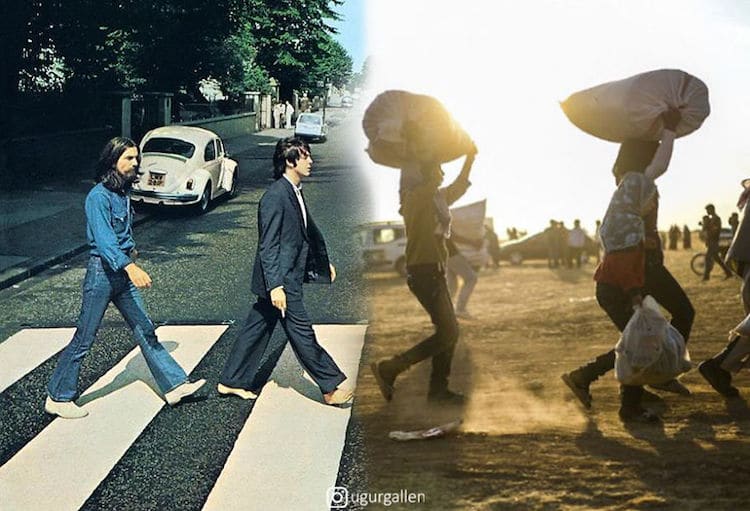 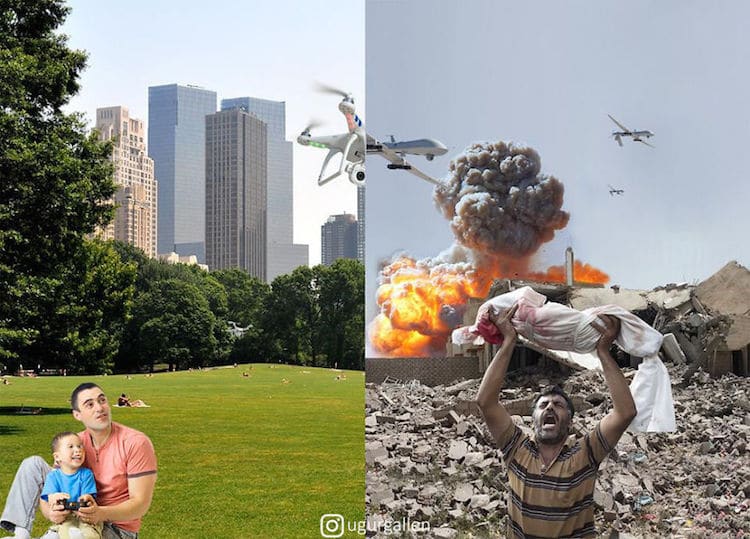 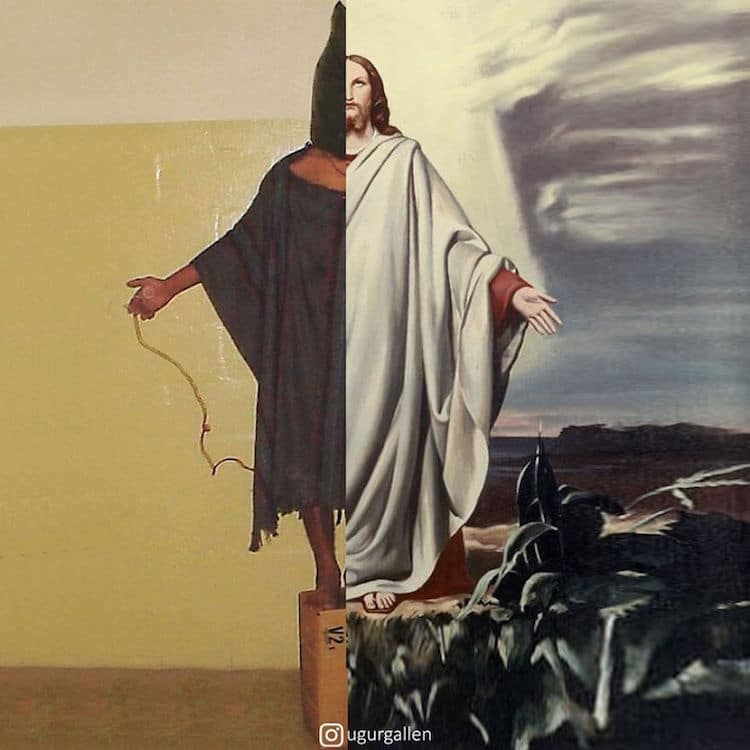 My Modern Met granted permission to use photos by Uğur Gallenkuş.