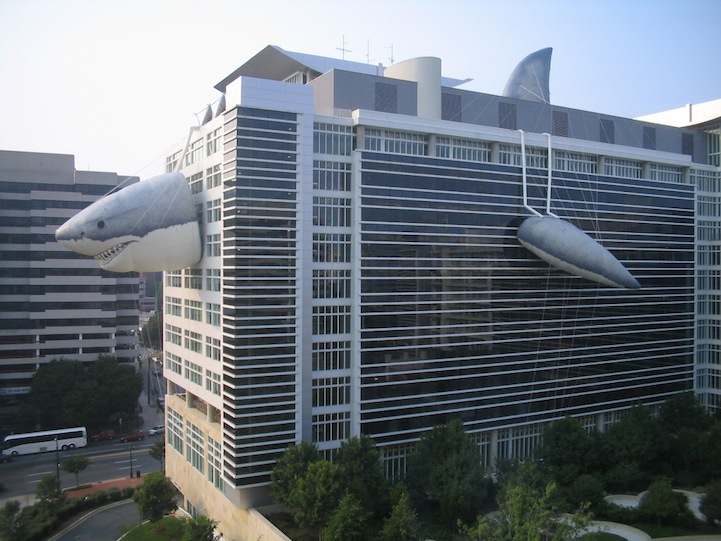 In honor of Shark Week 2010, which starts August 1, the Discovery Channel transformed its main office building in downtown Silver Spring, Maryland into a giant shark.

The inflatable shark, named “Chompie,” consists of five pieces – the head, two side fins, a dorsal fin, and a tail. If the shark were real, it would be about 446 feet long from the tip of his nose to the back of his tail, about 113 feet tall from his belly to the top of his dorsal fin, and about 200 feet wide from tip to tip of his side fins — and he would weigh about 84,000 pounds.

The shark is a cold-air inflatable – it must be continuously inflated by air while it is installed on the building. It takes 10 air blowers blowing 2000 cubic feet per minute of air each to keep the five pieces inflated. 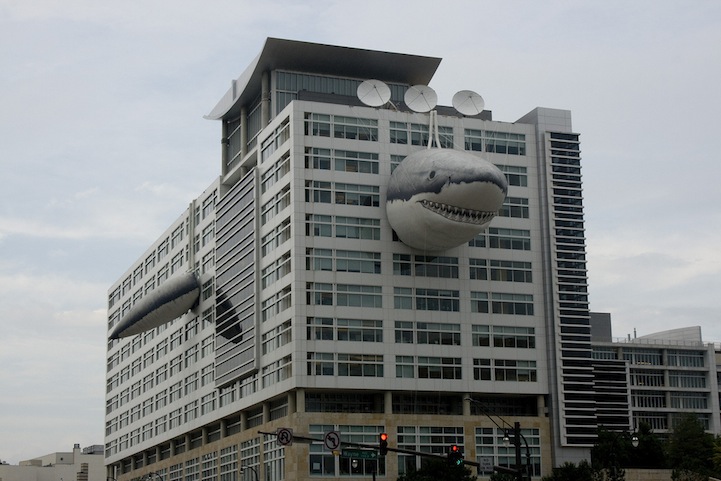 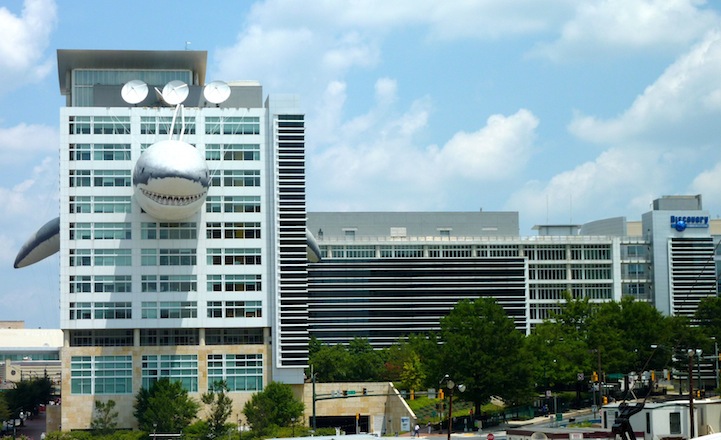 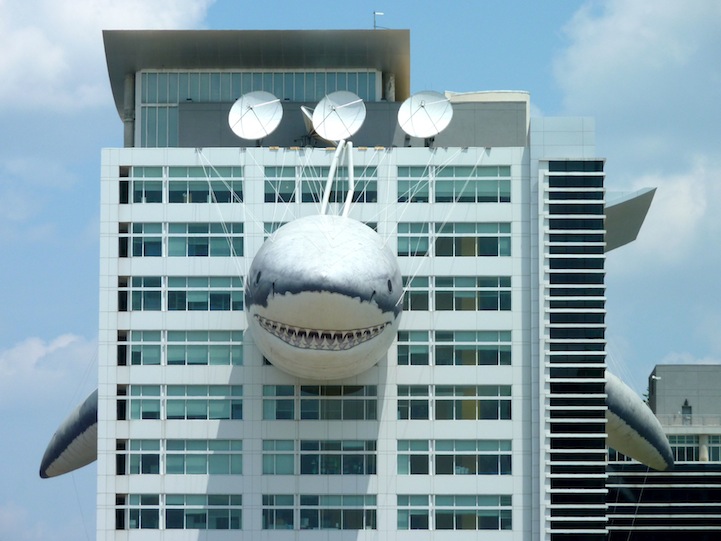 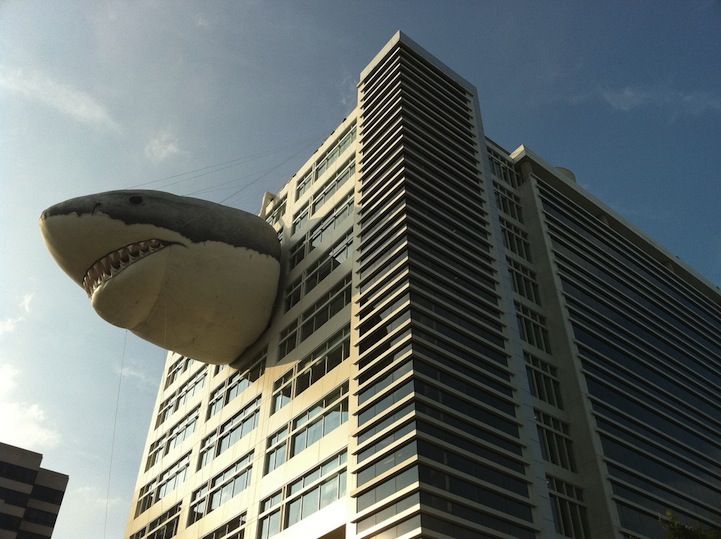 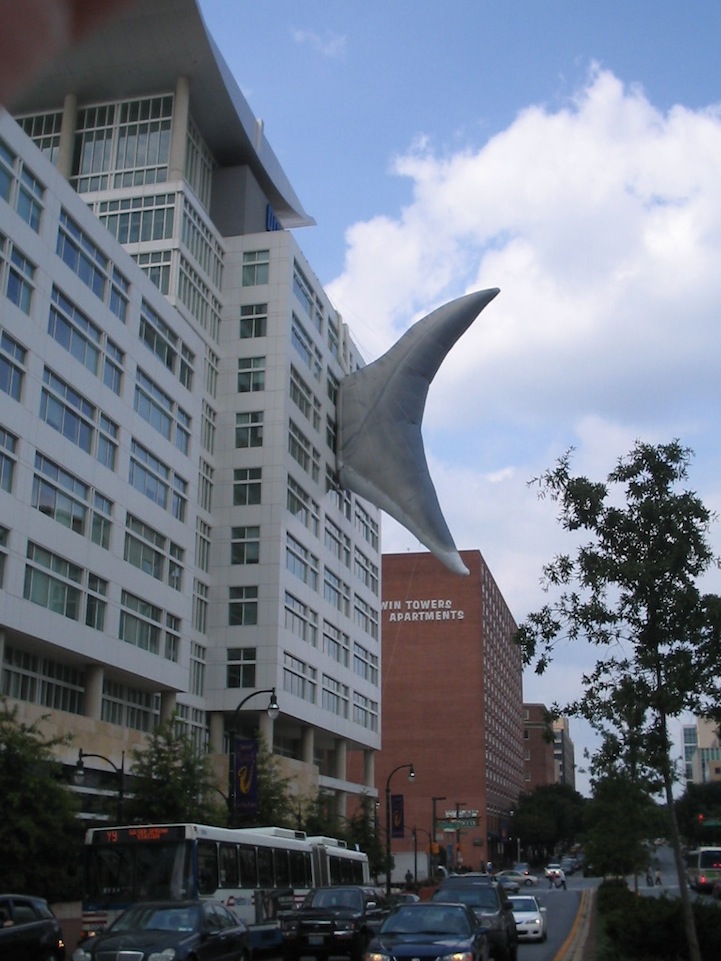