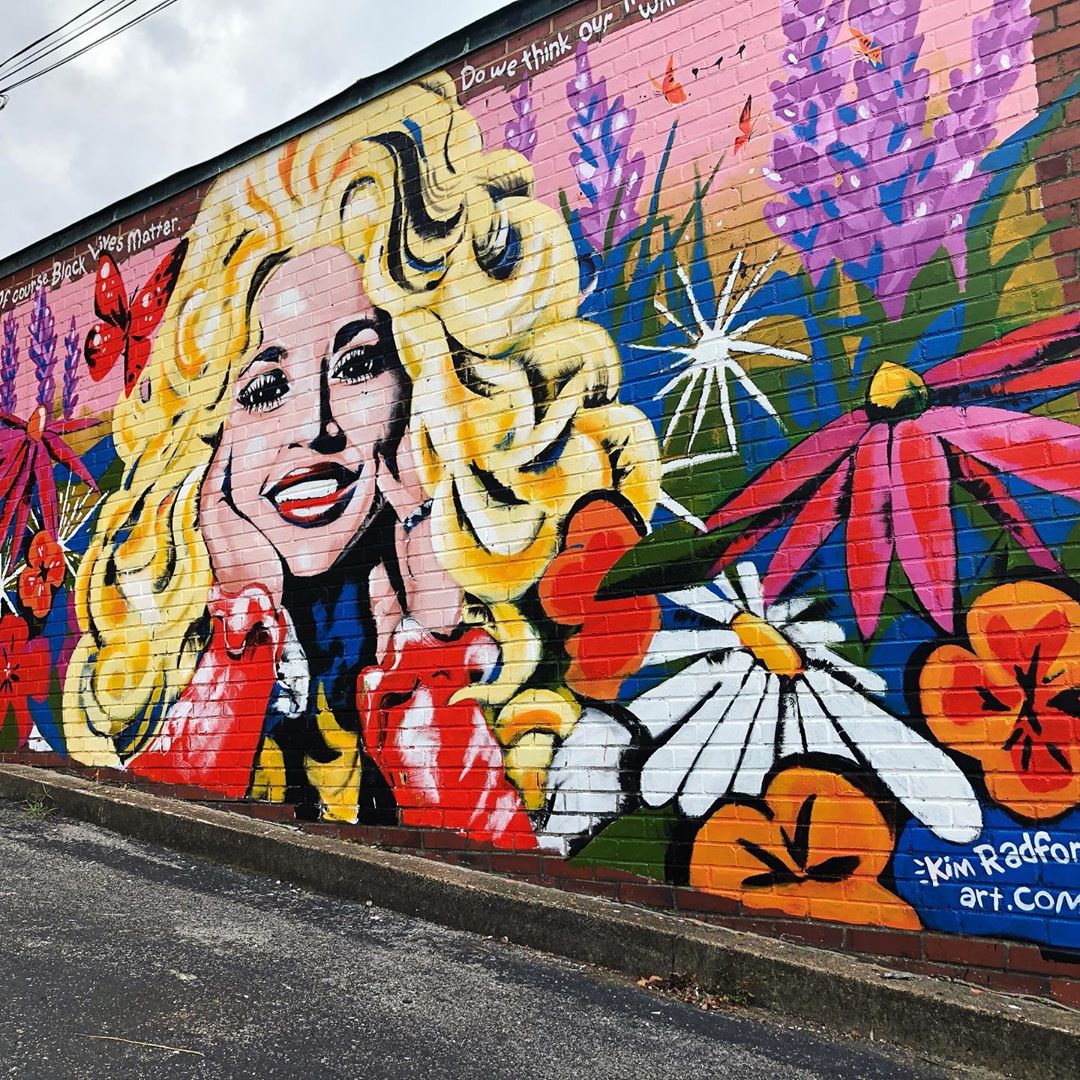 During an interview featuring music legend Dolly Parton, the feisty superstar made a memorable comment concerning recent U.S. protests: “I understand people having to make themselves known and felt and seen, and of course Black lives matter. Do we think our little white a**es are the only ones that matter? No!” Parton’s remarks not only made headlines but also caught the attention of artist Kim Radford who immediately drew new inspiration from it.

The Nashville-based muralist was already crafting a work of Parton on the side of The 5 Spot music venue when she stumbled across an article featuring Parton’s words. “I looked at her quote in particular and it was so sassy and a sensitive comment about something’s [sic] that got a lot of friction in the air right now,” Radford told a local reporter. “And she just treated it just like Dolly does: lovingly. And it was just perfect.” Radford then incorporated the quote into her project. The lively mural features a bright-smiled Parton, and her signature larger-than-life curly blonde hair. Parton is also surrounded by flowers and sparkles, but above her rests her comment about protestors. The comment is displayed airily with a butterfly conveniently blocking out the expletive within it.

Radford admits that it all was a “happy coincidence” and just couldn’t help but add more of Parton’s essence into the mural. “I wanted it to be a real display of an icon, [in a] fun, bright, artistic way,” she says. “It’s a representation of an icon that Americans and really people across the globe are really proud to know and love her music.” According to Radford, the mural has become a popular spot for tourists and selfie lovers and is something for her and others in the community to simply take pride in. 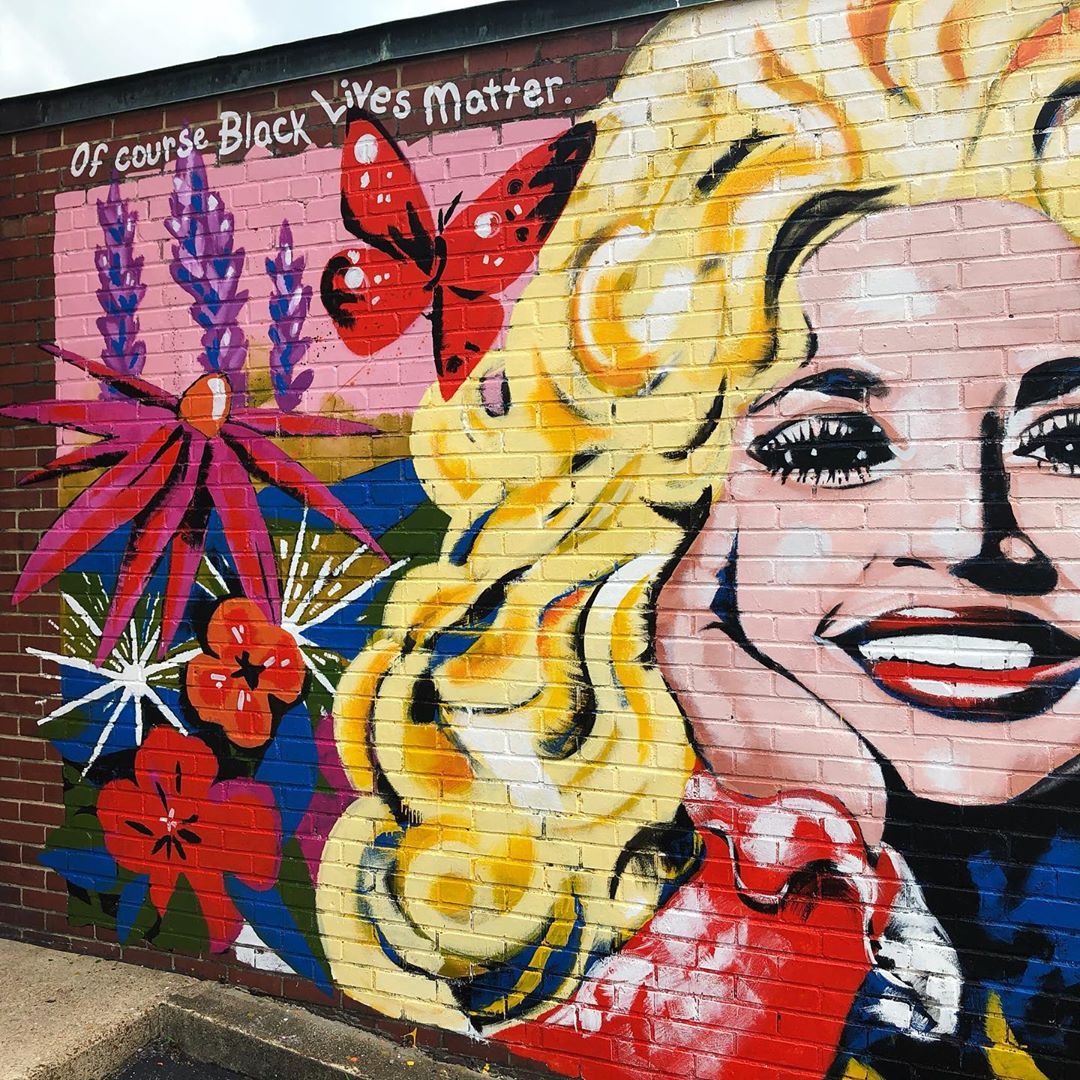 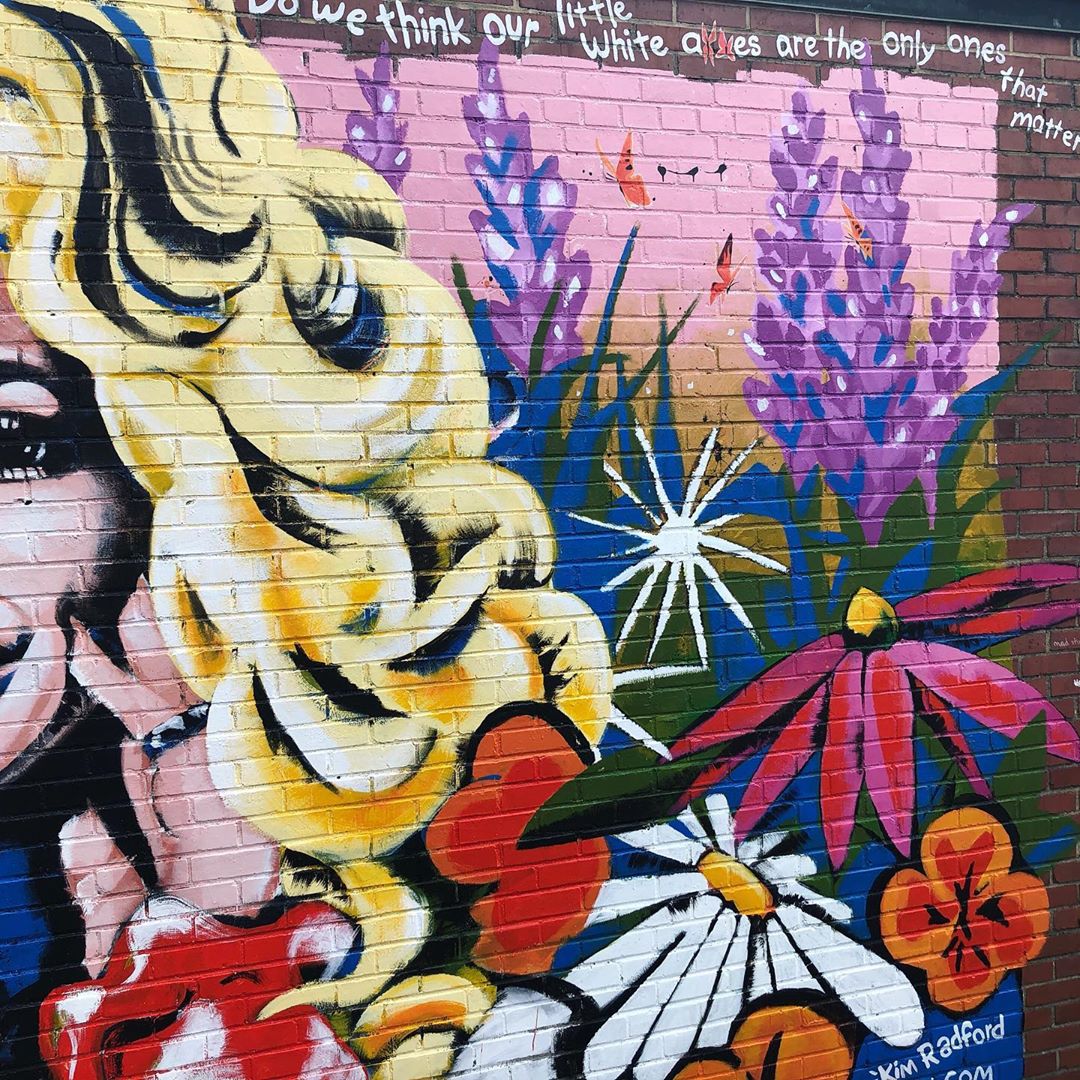 Here's the mural in its early stages. 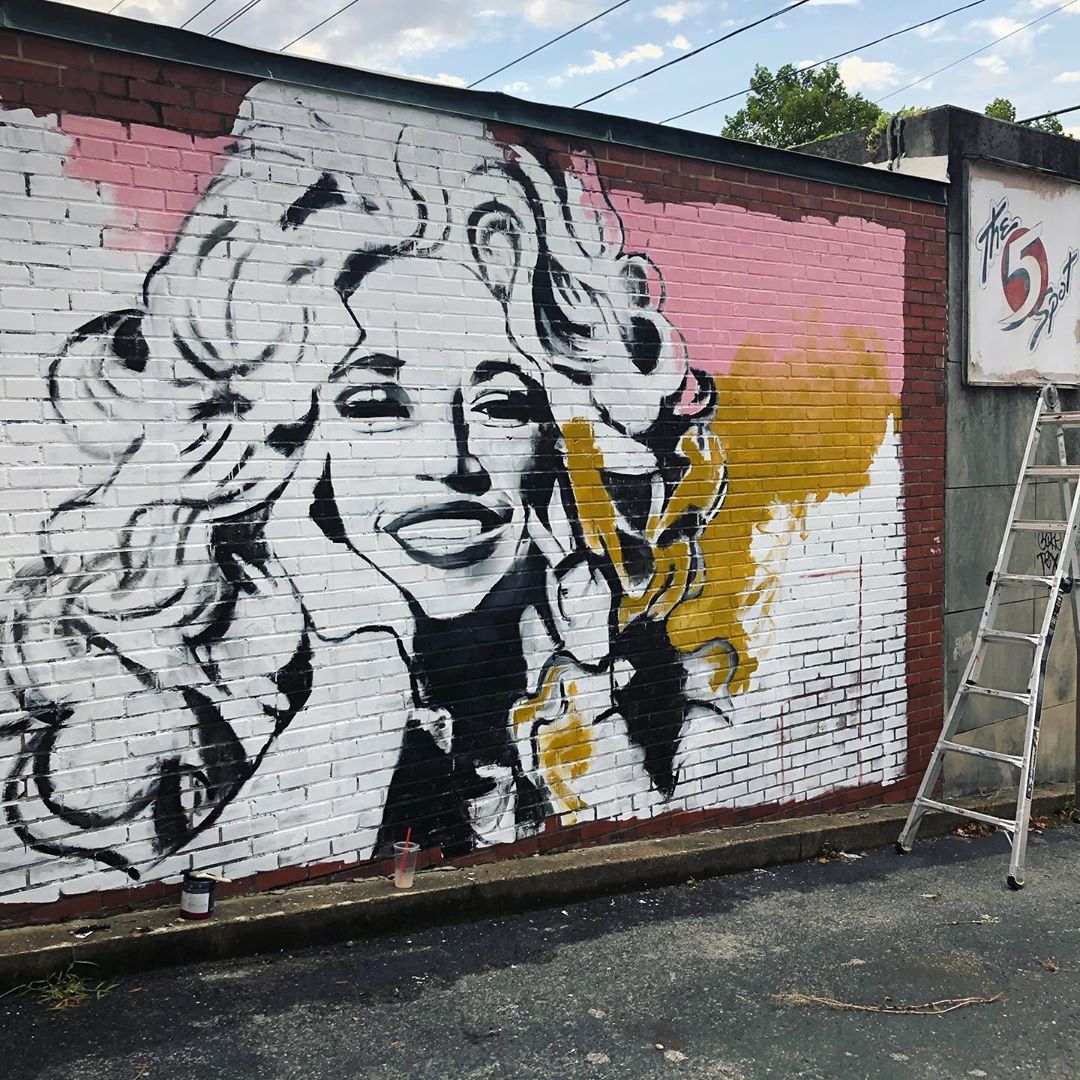 Here are other beautiful works by artist Kim Radford: 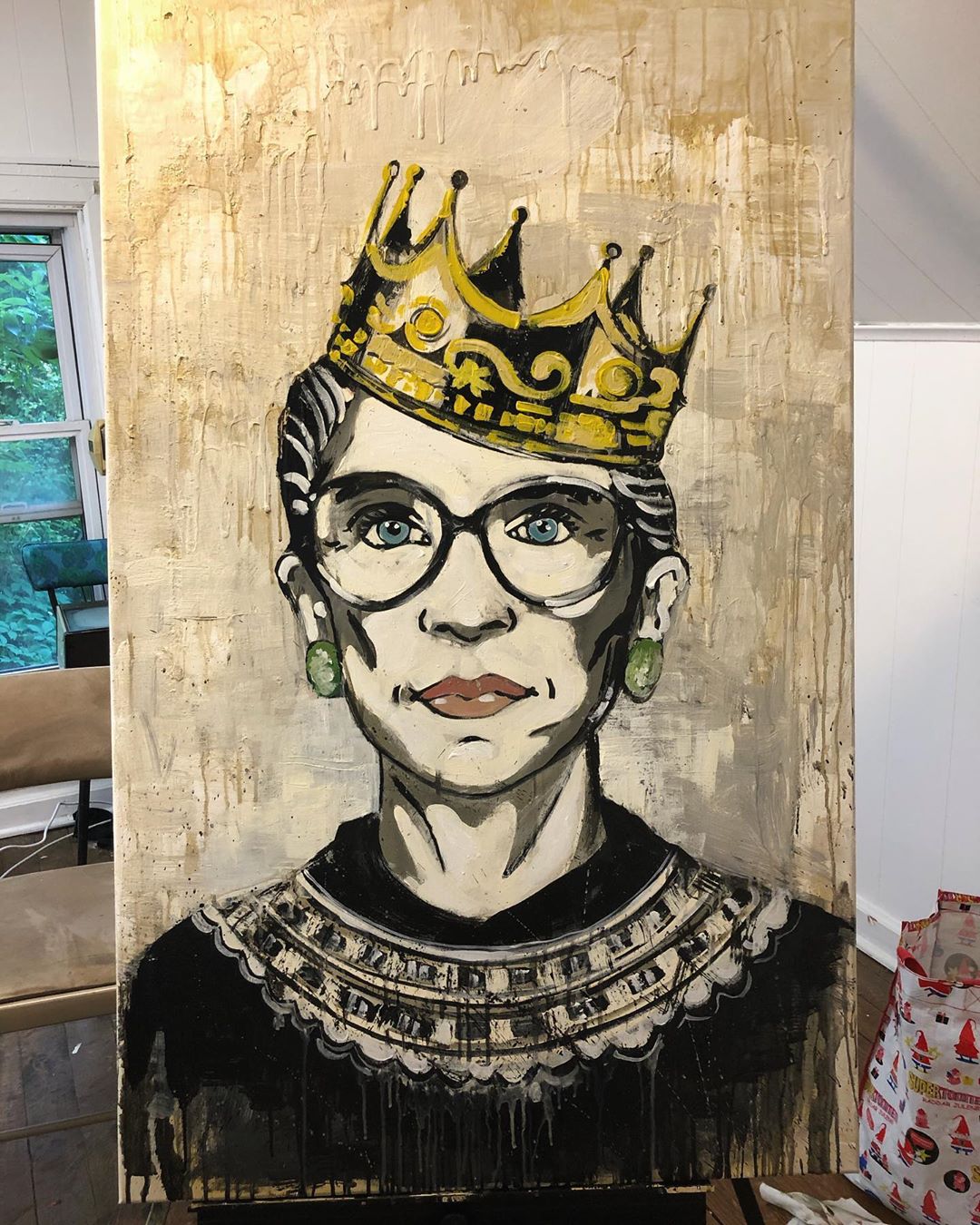 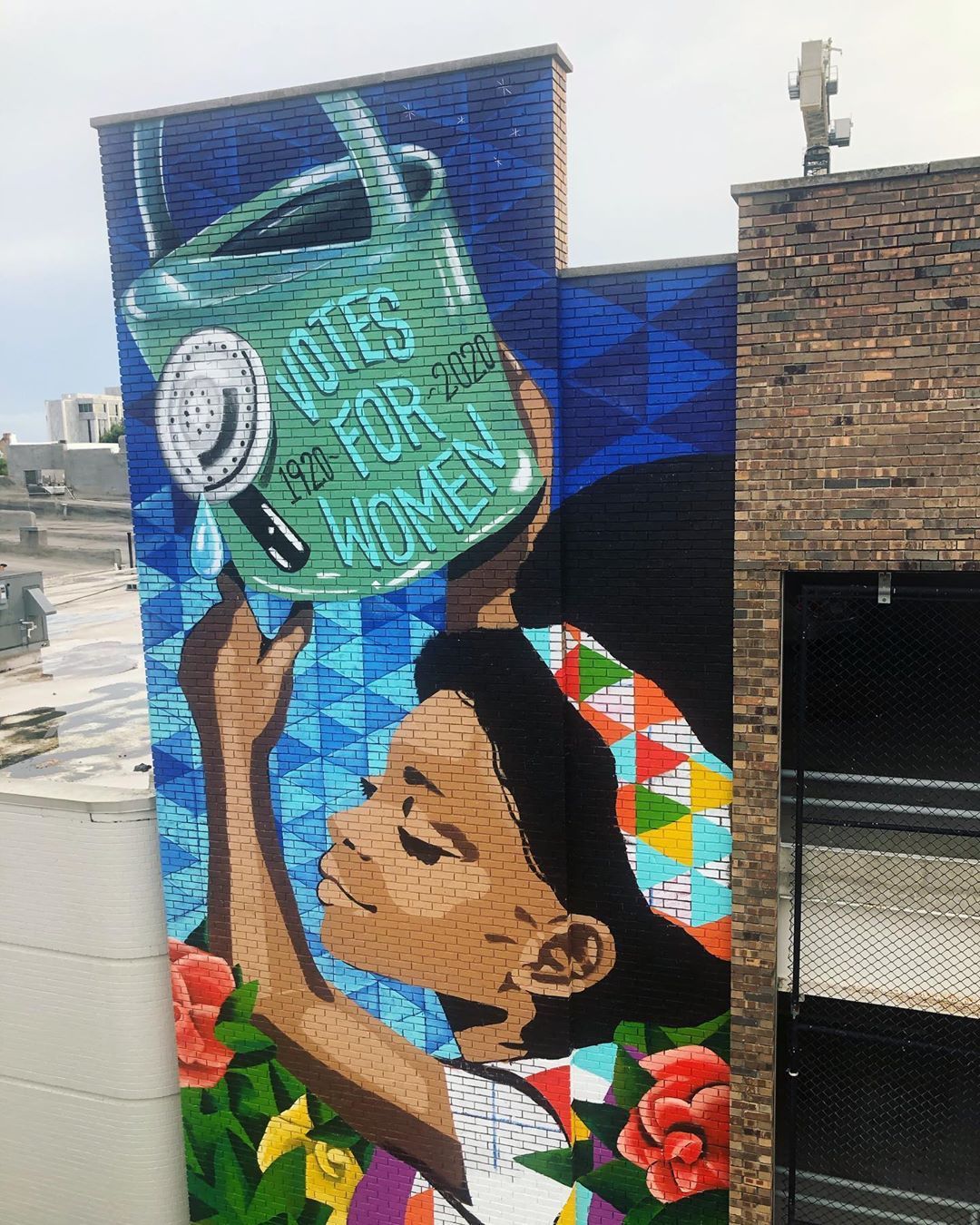 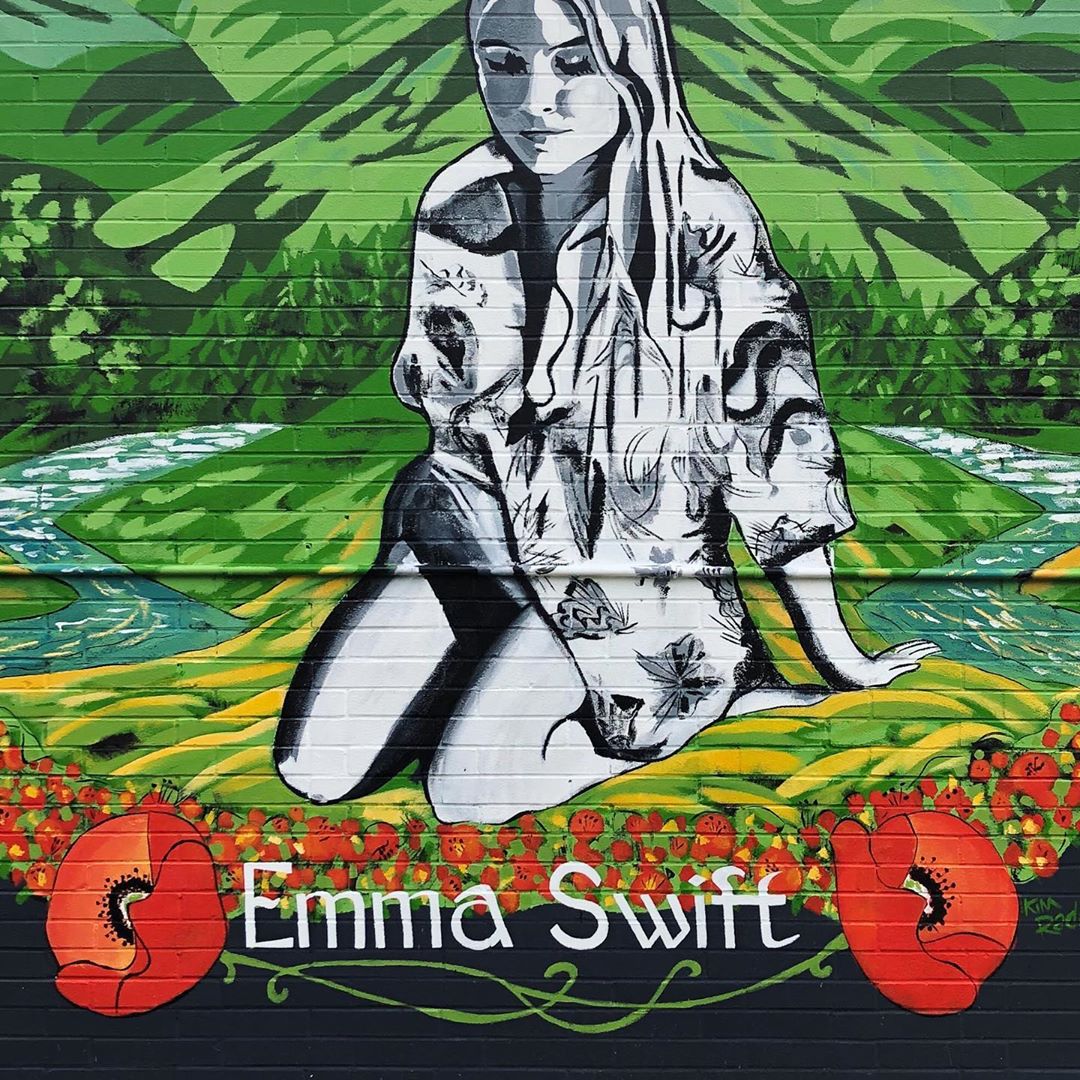 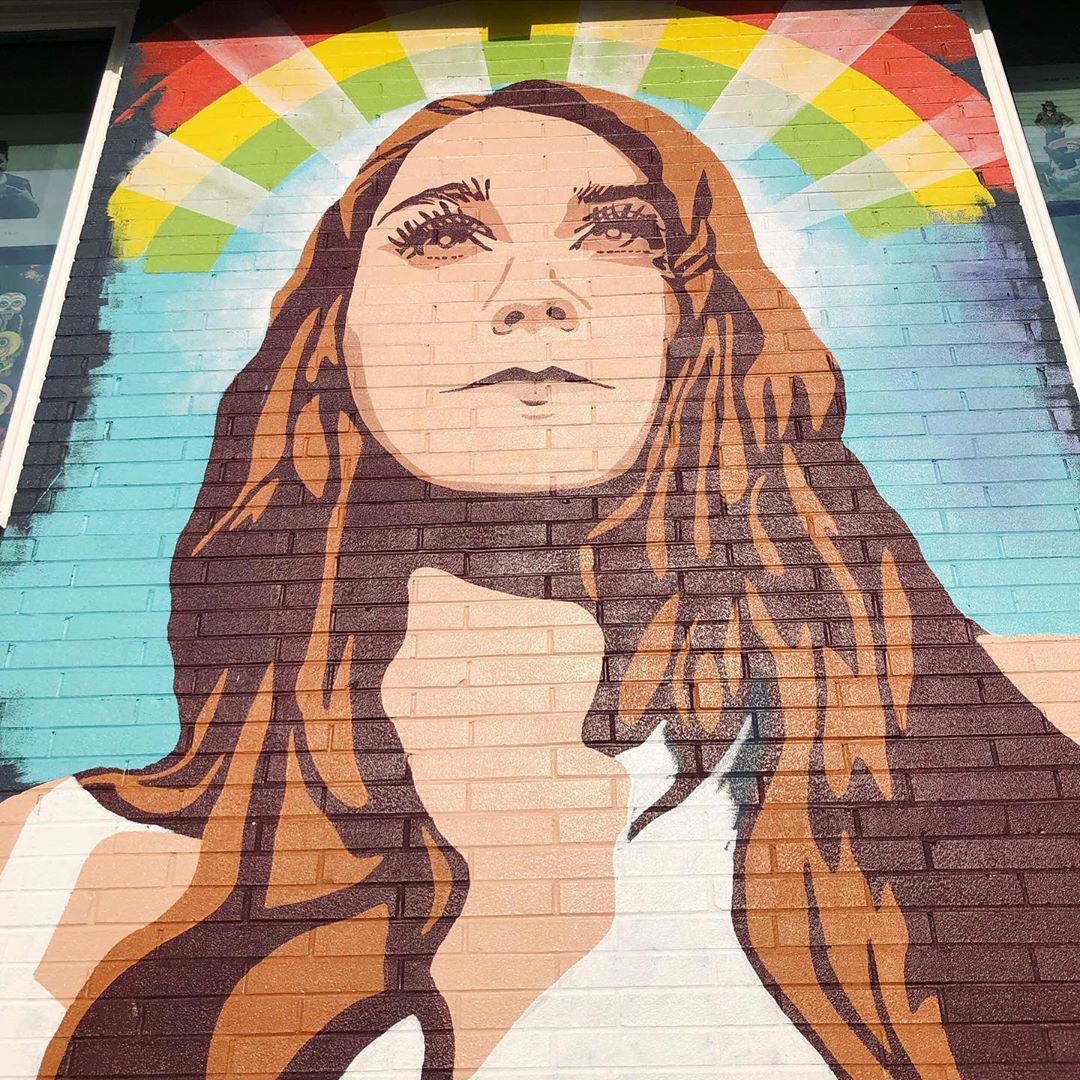 Love Dolly Parton? Share
Like My Modern Met on Facebook
Get Our Weekly Newsletter
Become a
My Modern Met Member
As a member, you'll join us in our effort to support the arts.
Become a Member
Explore member benefits