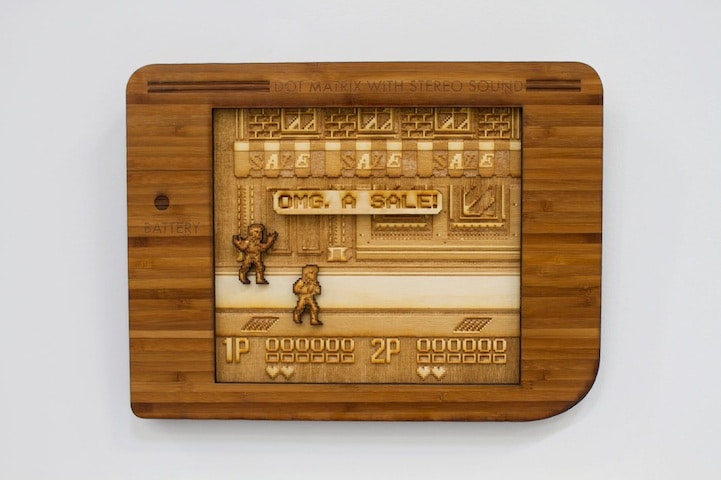 If you're a fan of retro video games and you love art, you're going to get a kick out of this new sculpture by Aled Lewis. Called Double Discount, it pays tribute to the Game Boy title, Double Dragon II, and was made for the Old School Video Game Show coming on September 16 to Gallery 1988 in Venice, California. With the laser-cut done by Joe Van Wetering, this incredibly cool piece was made of plywood and has a bamboo frame.

How did the idea come about? “My buddy Joe Van Wetering recently raised the money for a laser cutter using KickStarter and I figured this could be a good opportunity to take advantage of it,” Lewid told us. “The process itself involves separating the vector art into layers and then, honestly – just a lot of trial and error! It was new territory for both of us and we were both excited to see how a limited palette pixel design would translate into three dimensions. Instead of the different tones, you get different depths. As a rule; the deeper the cut, the darker the resulting tone as the wood is burned. “Some parts took several ‘passes' of the laser to get a better depth and darkness. The other challenge was cutting through half-inch wood with a laser – which takes quite a while and quite a bit of charred wood! The first attempt at the Double Dragon characters resulted in two very crisp dudes so we tried again at different laser strength and speed. “We're both really pleased with how this piece turned out and we're planning on working together on a bunch of other stuff in the near future!” 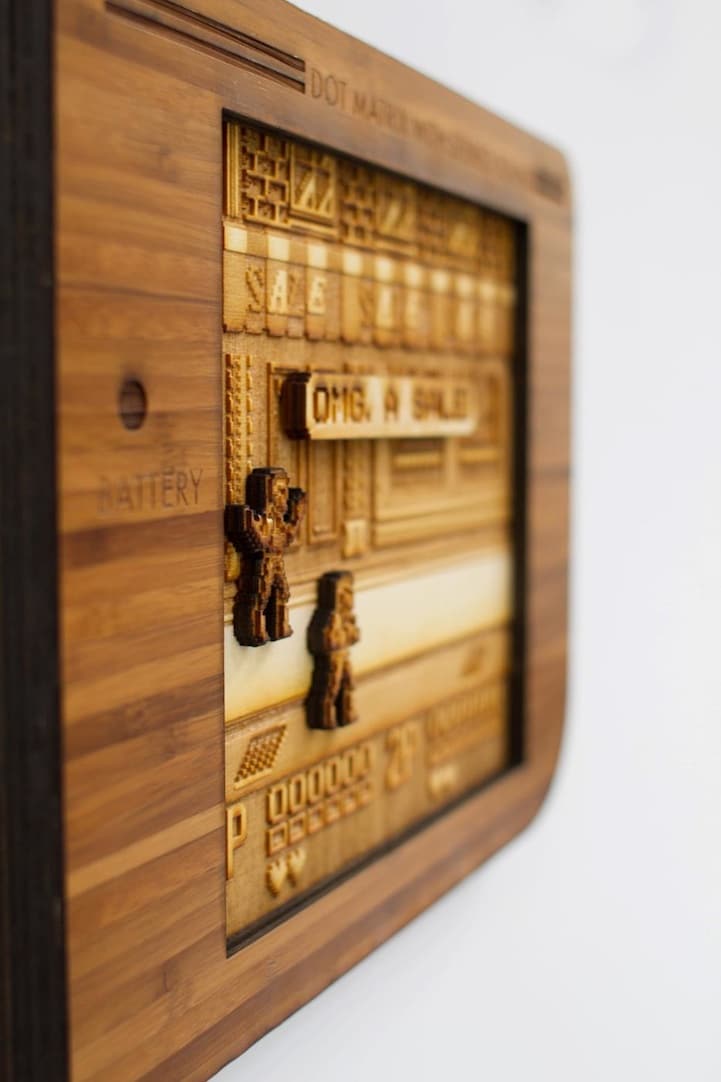 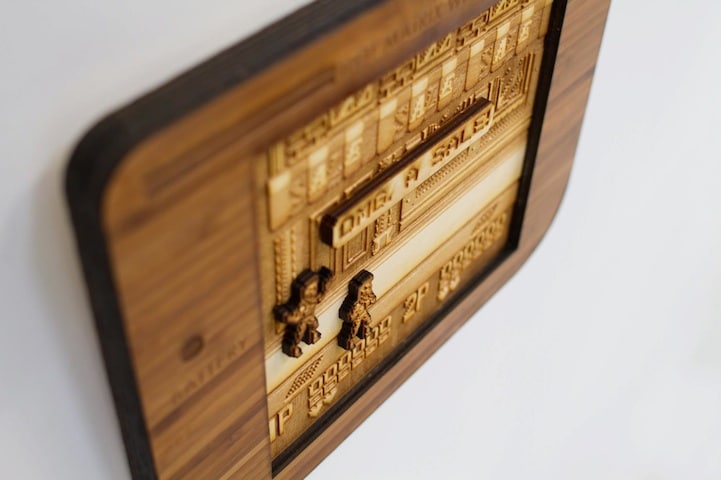