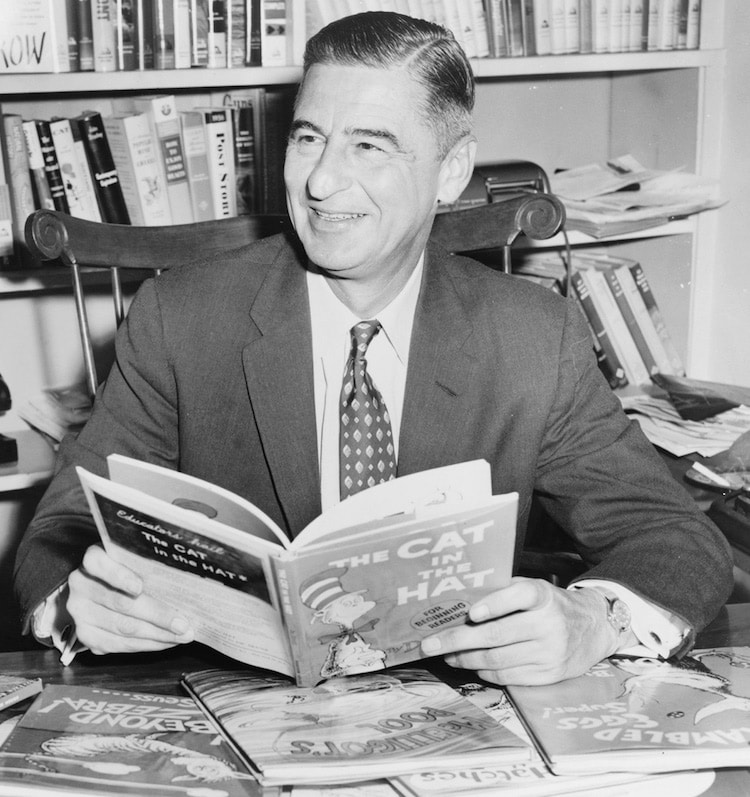 When it comes to whimsy, consider Dr. Seuss an expert. Known for celebrating silliness, the American author wrote and illustrated children's books featuring fanciful pictures and witty rhyming words. While these works have come to define Dr. Seuss' career, penning playful books was not his only passion.

Before and after titles like The Cat in the Hat hit the shelves, Dr. Seuss himself tried on many different hats. Believing that “you can steer yourself any direction you choose,” he explored—and excelled at—a number of possible creative paths. From an early editing gig to an honorary doctorate, these different “hats” helped shape a colorful career topped off by an equally vibrant legacy.

Here are the ins, outs, and in-betweens of Dr. Seuss' creative career: 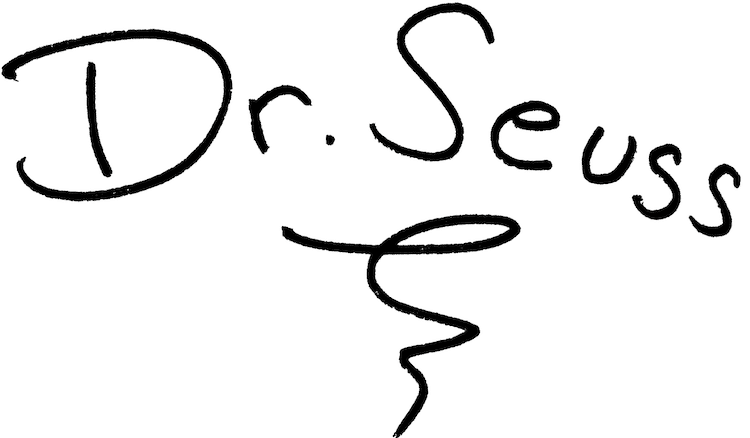 On March 2, 1904, Theodor Seuss Geisel was born in Springfield, Massachusetts. His German double surname was an amalgamation of his mother's maiden name, Seuss, and his father's family name, Geisel.

As a young adult, “Ted” Geisel attended Dartmouth College in New Hampshire. While enrolled in the prestigious university, he joined its humor magazine, the Dartmouth Jack-O-Lantern, first as a contributor of comical drawings and clever prose and then as the Editor-in-Chief.

In 1925—Geisel's fourth and final year at Dartmouth—he was let go of the paper for defying Prohibition laws and drinking gin. “Devastated, but undeterred,” he found a work-around: Geisel couldn't continue to contribute to the paper, but a cast of other characters could. These fictional figures—all pseudonyms for Geisel—included L. Burbank, Thos. Mott Osborne, D.G. Rossetti, and, most famously, Seuss.

“To what extent that corny subterfuge fooled the Dean, I never found out,” Geisel revealed. “But that’s how ‘Seuss’ first came to be used as my signature.” 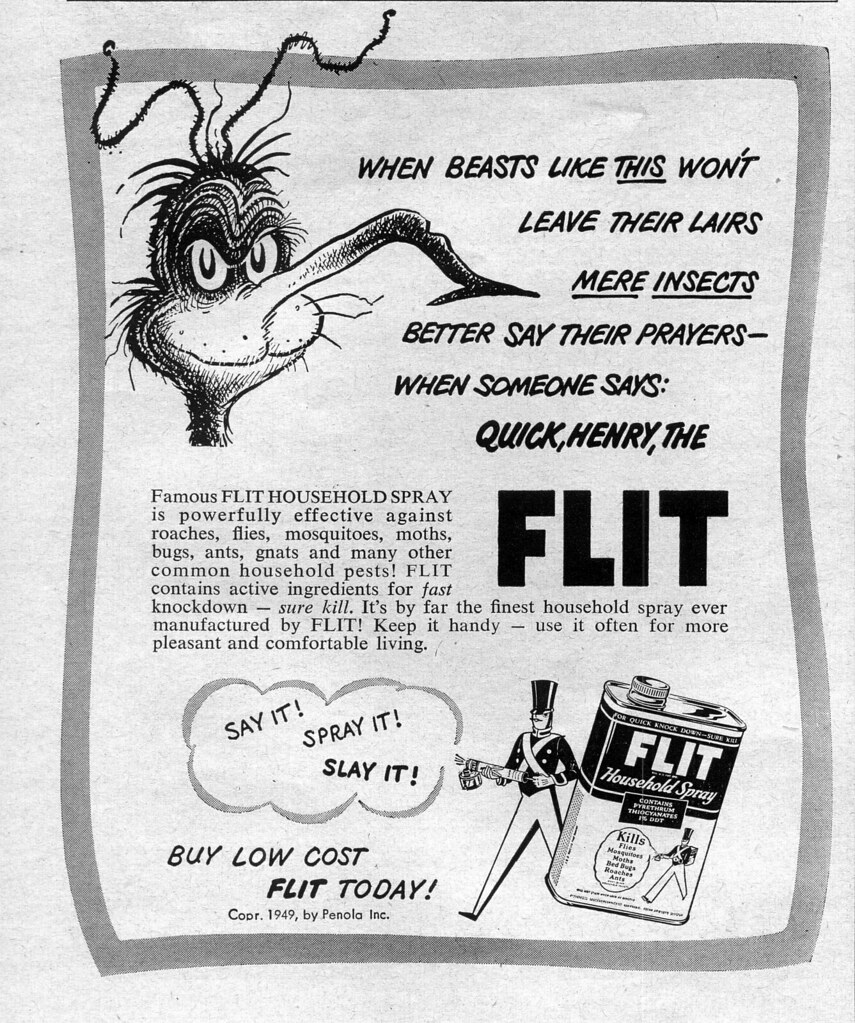 After graduating from Dartmouth and following a short-lived stint at Oxford University, Geisel relocated to New York City. In 1927, while working for Judge, another humor magazine, he added the “Dr.” prefix to his name. From then on, he would continue to use this nom de plume in many of his most successful advertising campaigns, including cartoons for Flit bug spray, Ford Motor Company, NBC Radio Network, and more.

Though aimed at a grown-up demographic, the majority of Geisel's advertisements feature playful illustrations fit for a picture book—an original approach that falls directly in line with Geisel's preference for younger audiences. “Adults are just obsolete children and the hell with them,” he said in an interview. 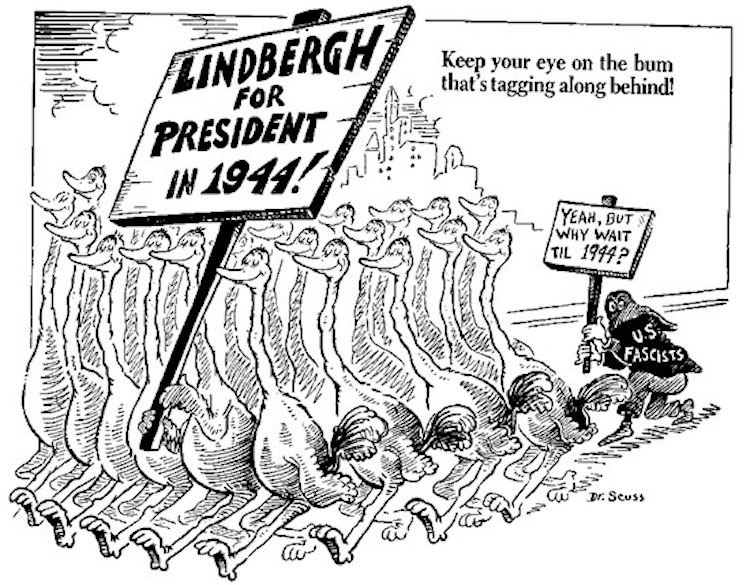 Geisel remained in this line of work until the onset of World War II when he shifted gears to create political cartoons. For two years, he worked as an editorial cartoonist for New York City's PM, a liberal-leaning daily newspaper. During this short period, he produced over 400 cartoons that praised President Roosevelt, condemned the Axis Powers, and topically commented on current events.

Like many political cartoons from this period, some of Geisel's political pieces are, today, considered racist—particularly toward Japanese people. While Geisel did not outright express regret over these pieces, contemporary critics believe that his later works—many of which revolve around themes of tolerance—atoned for these mistakes. Still, his early attitudes cannot—and should not—be dismissed. “We all have blind spots,” Richard H. Minear, the author of Dr. Seuss Goes to War, explains. “I use that as a teaching moment—even Dr. Seuss went astray.” 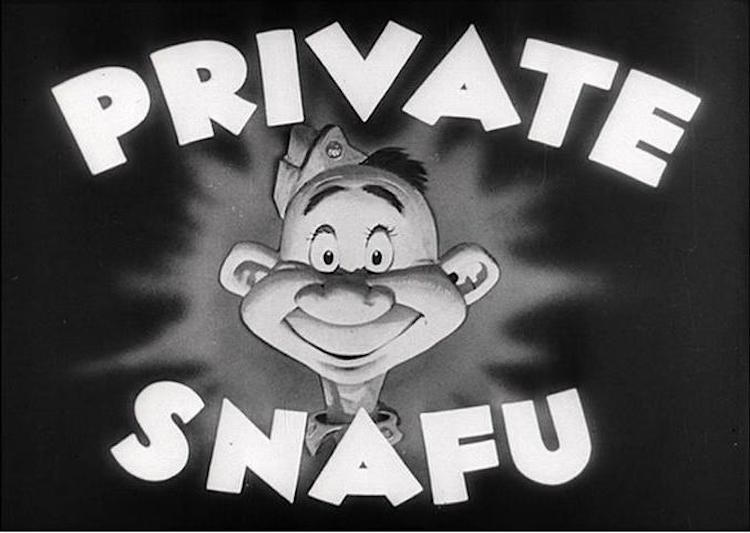 In 1942, Geisel began to aid the war effort more directly, first by producing mobilizing posters for the Treasury Department and the War Production Board and then by joining the armed forces as a Captain. While serving for the United States Army Air Forces, he became commander of the animation department in the First Motion Picture Unit.

In addition to writing two live-action propaganda films (Your Job in Germany and Our Job in Japan, which would become the basis for the Academy-Award winning documentary Design for Death) and making pamphlets, he helped write and animate cartoons. Among his most famous contributions as commander is Private Snafu, a well-liked series that used humor to teach Army protocol to soldiers. 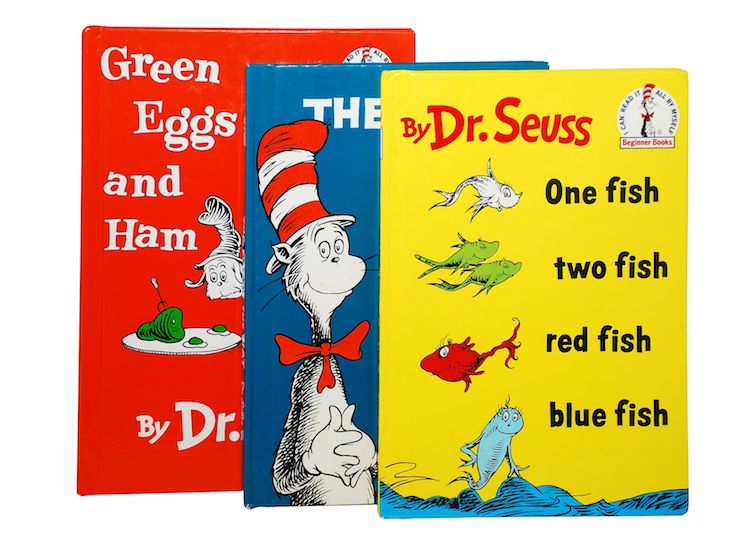 After the war, Geisel and his wife, Helen, moved to sunny southern California. Here, he revisited a passion he had briefly explored before his wartime efforts: writing children's books. 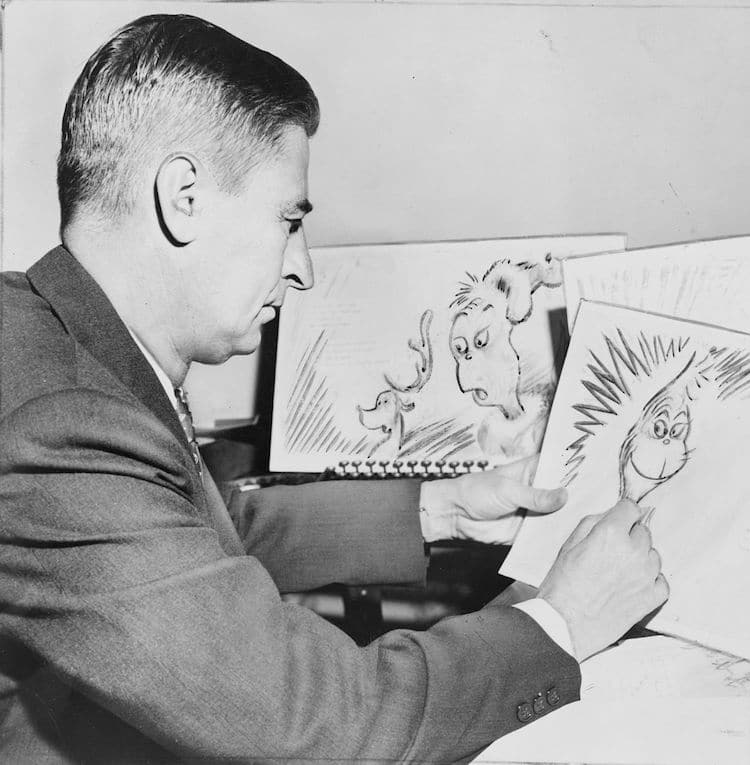 With experience as an editor, cartoonist, filmmaker, and author, you may be wondering when Geisel found the time to earn a doctorate. While, for the remainder of his career, Geisel found fame as “Dr. Seuss,” he wasn't actually a doctor. He simply adopted the prefix as an ironic nod to the fact that his father had hoped he would earn a PhD.

Although this dream did not come true in the traditional sense, Geisel did receive an honorary doctoral degree from Dartmouth in 1955. This accolade validated his pretend pen name—an accomplishment that, in true Dr. Seuss fashion, Geisel took in jest. “Rather than attaching the new honorific to Theodor Geisel,” Dartmouth Medicine explains, “Ted remarked that he might now be required to sign his works ‘Dr. Dr. Seuss.'”

Much like his celebrated body of work, this clever quip illustrates one of Geisel's most spot-on observations: “From there to here, and here to there, funny things are everywhere.”

Imaginative Exhibit Lets You Step into the Whimsical World of Dr. Seuss