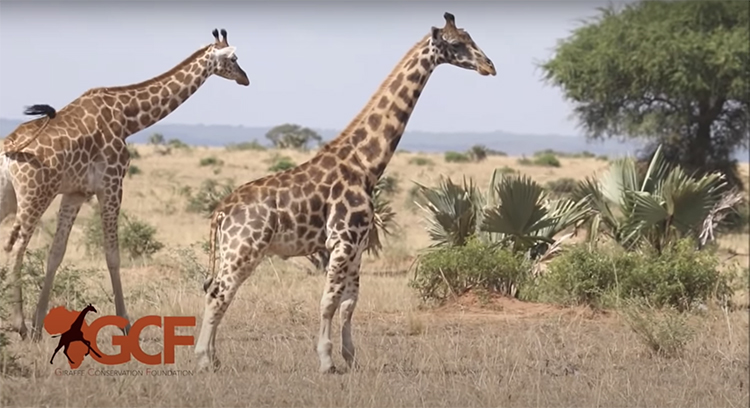 A dwarf giraffe in Uganda. (Photo: Screenshot from the Giraffe Conservation Foundation/YouTube)

While conducting a routine research survey of endangered giraffe populations, scientists working for the Giraffe Conservation Foundation (GCF) encountered a previously undocumented natural occurence. As described in a recent paper for the journal BMC Research Notes, two wild dwarf giraffes make history as the first documented members of their species to present skeletal dysplasia which renders them about half the height of their peers. Scientists working with the GCF, Michael Brown and Emma Wells, captured sweet images of the creatures while researching their abnormal bone growth—a cause of dwarfism in most species.

According to the paper, dwarf animals are relatively rare in the wild as there is more genetic diversity than in captive populations. The two known dwarf giraffes hail from different populations. In Uganda, the adult individual named Gimli is a Nubian giraffe. The other documented individual—Nigel—resides in Namibia and is an Angolan giraffe. The two male giraffes measured 9 feett 4 inches, and 8.5 feet, respectively, at their last sightings. Giraffe adults with regular skeletal growth reach about 16 feet tall, so the heights of both individuals alerted researchers to bone abnormalities. Brown and Wells concluded in their research that while the giraffe's neck lengths appeared normal, the loss of height was due to shortened radius and metacarpal bones in the legs. According to Wells in a GCF statement, “It is mainly in comparison to other giraffe that [the] difference in stature becomes obvious.”

In the wild, only half of baby giraffes make it to adulthood. Clearly, Nigel and Gimli managed to avoid the dangers which ensnared many of their species. However, researchers wonder how their shorter legs will impact them in the long run. Mating could be difficult, and they may not be able outrun predators. While researchers will keep their eyes open, Gimli has not been spotted since 2017. Nigel did make an appearance in July 2020, however his whereabouts are now unknown. While we can hope these unique creatures resurface healthy and happy, you can help support giraffe conservation and research by visiting the Giraffe Conservation Foundation website.

Two dwarf giraffes have been documented in Uganda and Namibia, the first-ever known to researchers. 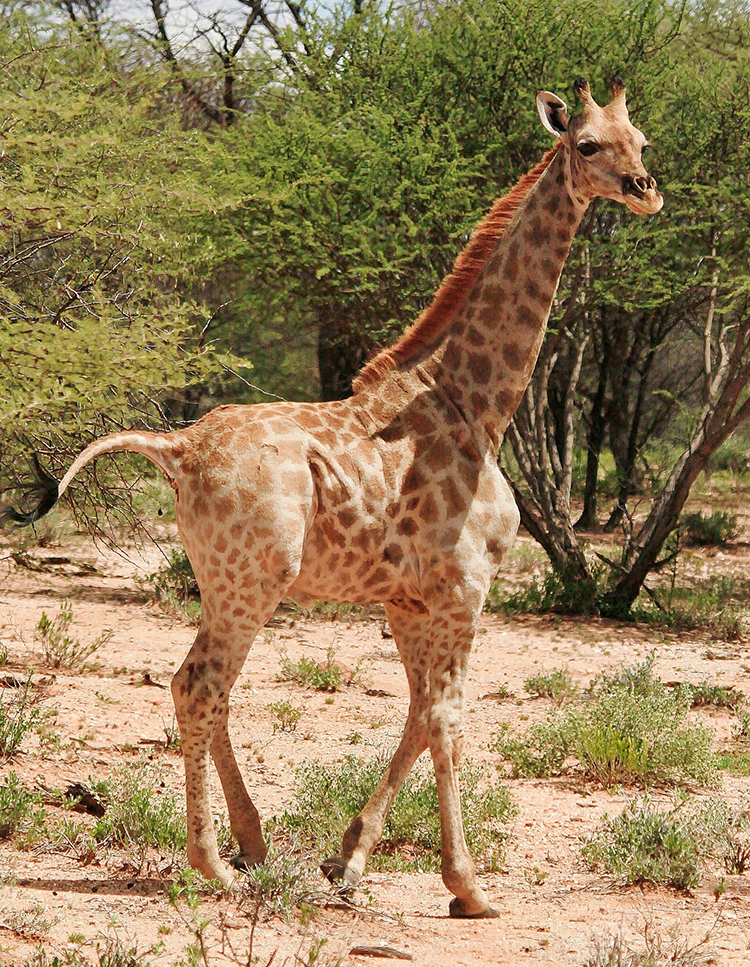 Named Nigel and Gimli, they stand at about 9 feet tall—half the height of a normal adult giraffe. 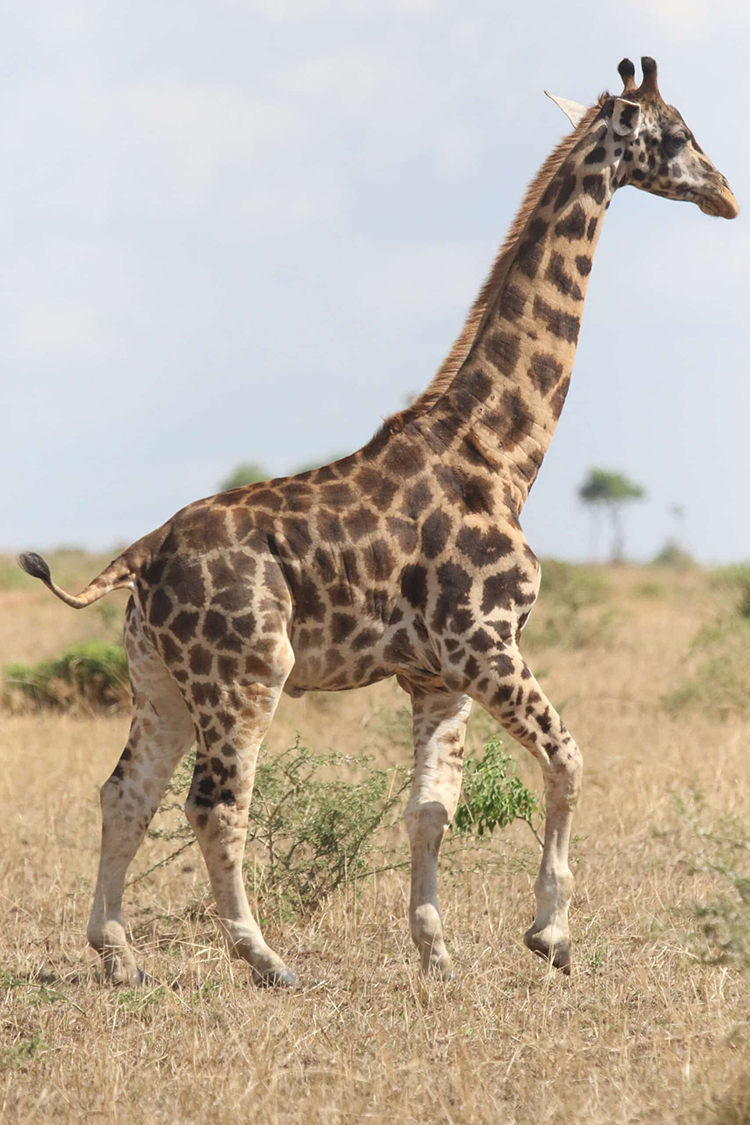 Researchers from the Giraffe Conservation Foundation hope to learn more about these unique dwarf giraffes and protect the species as a whole.