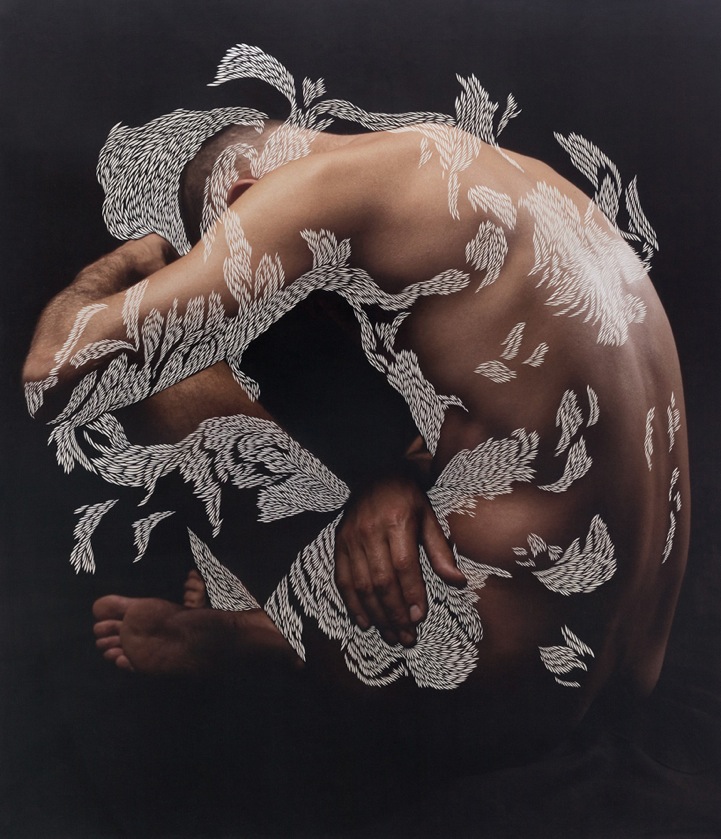 While a student at the Royal College of Art in 2008, artist Georgia Russell came across countless second-hand books that she felt weren't being appreciated enough. In an effort to put these old books to good use, she began cutting into them. Her creations evolved into beautiful, feathery pieces which only sparked an interest to spread her skills to other print materials including newspapers, photographs, maps, magazines, music scores, and currency.

Russell's latest set of mixed media constructions, as part of her solo exhibition entitled Difference and Repetition, feature collaged strips of prints encased in plexiglas. Each of her shredded portrait pieces add a new aesthetic to the former image. Russell's X-Acto knife acts as a scalpel, bringing life to the images through her precise incisions. The pieces that are taken away actually add more to the paper artworks with their absence. There is a surge of action felt through the mixed media artist's reconstruction of Libration, a French daily newspaper, that reveals an explosion of artistic freedom. 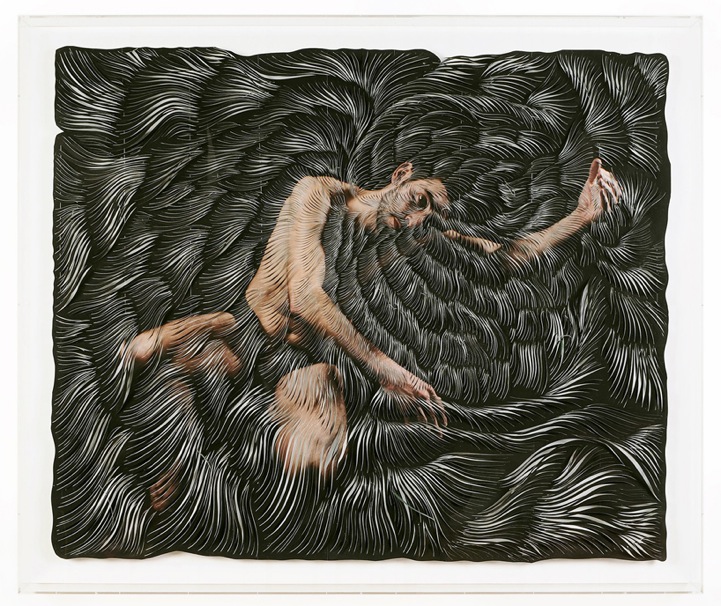 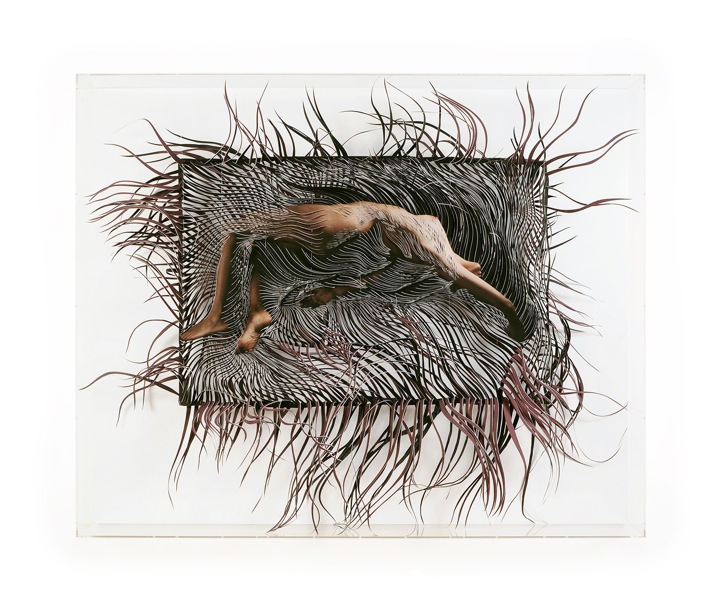 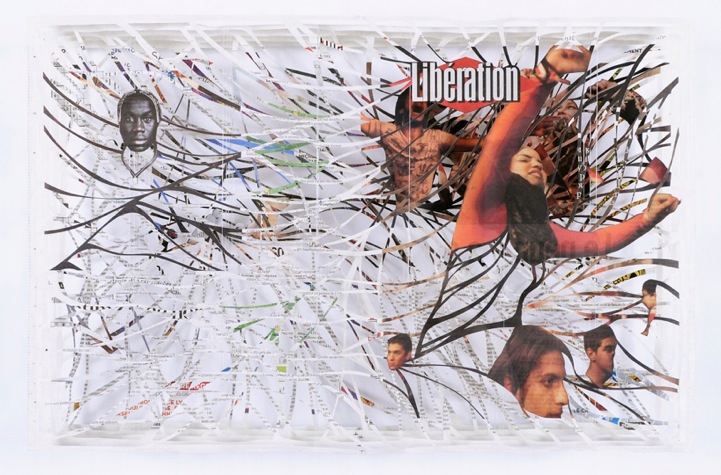 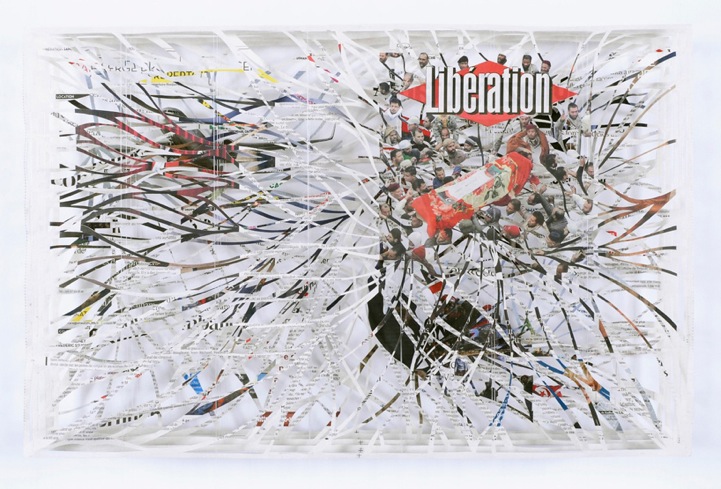 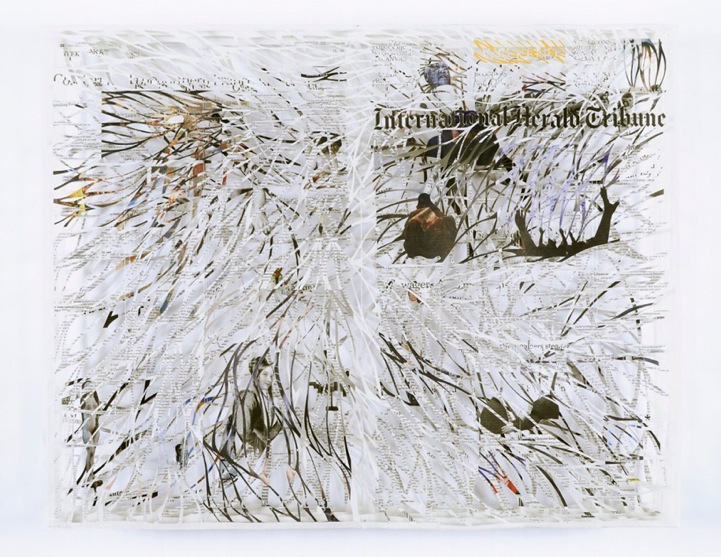 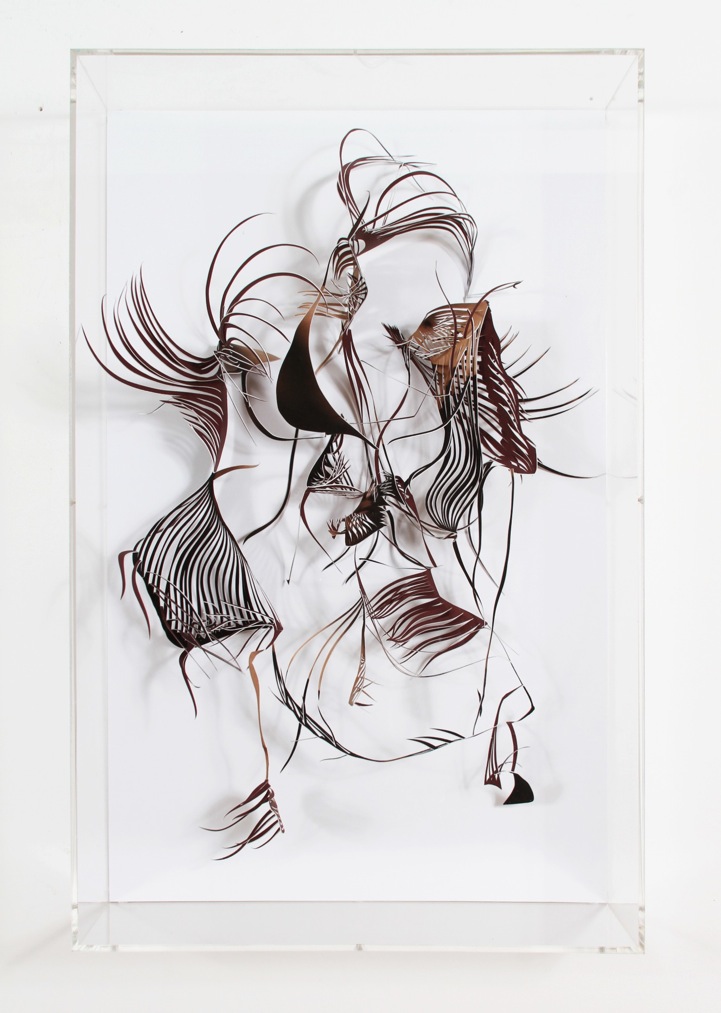 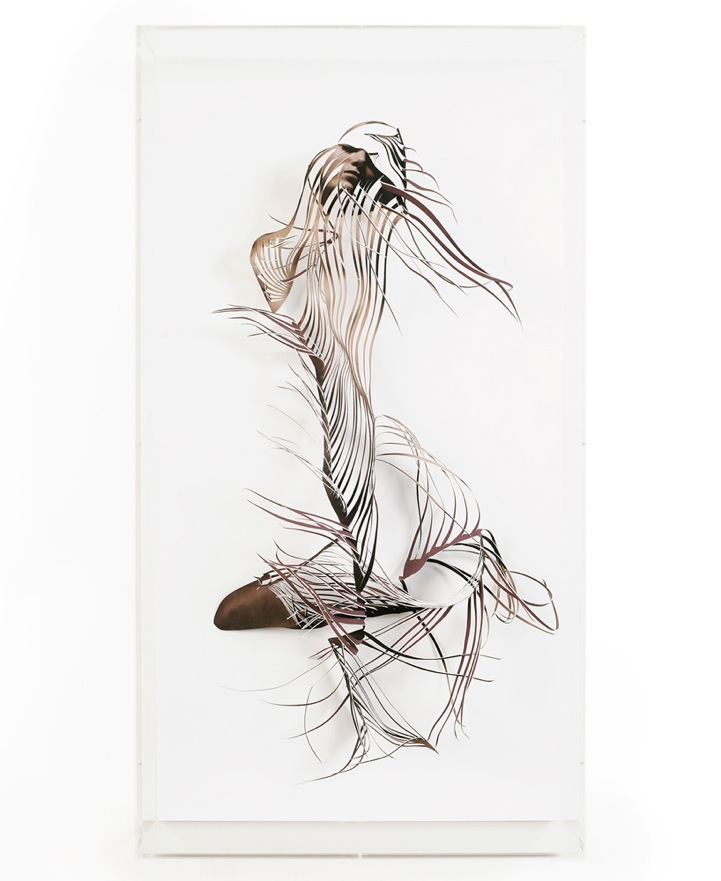 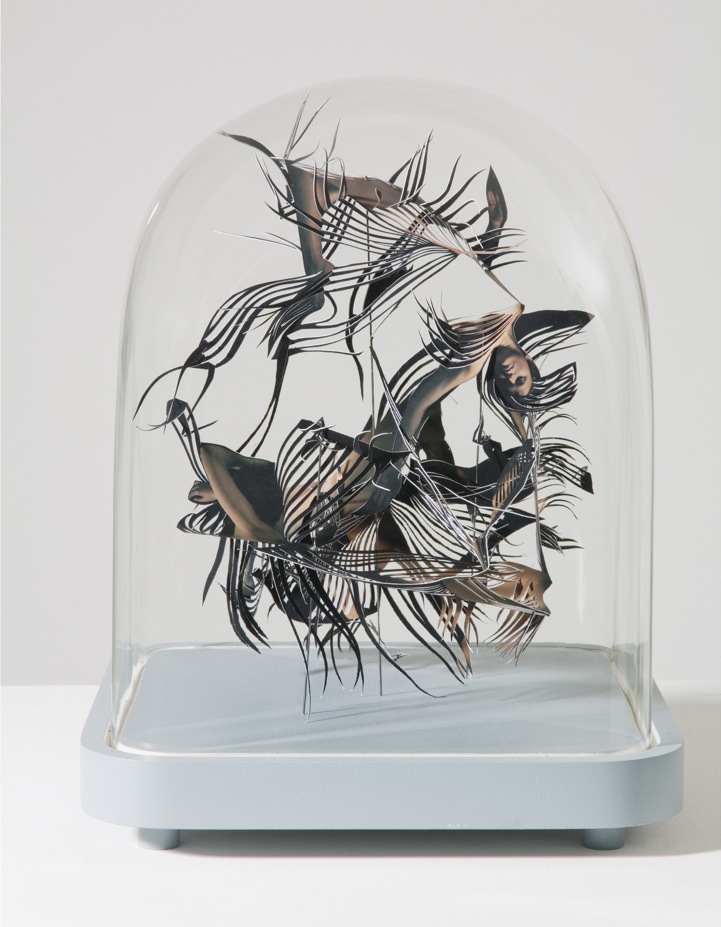