Behind the Scenes of The Empire Strikes Back 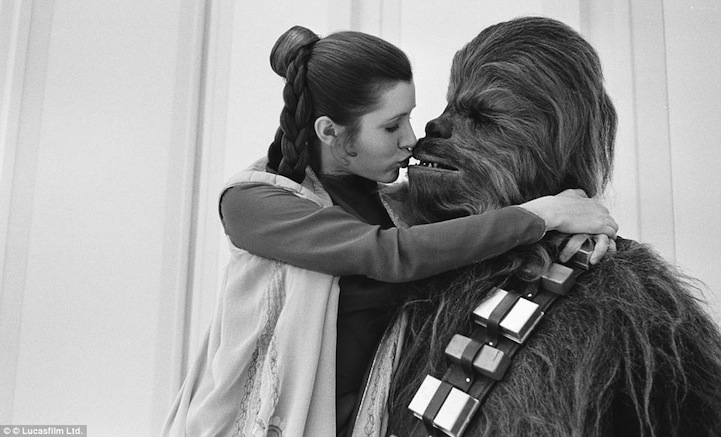 I'm sure you'd agree that the Star Wars film series is a cultural phenomenon! There was probably a bit of pressure for all involved to follow up the first movie with a second and third. These photographs show a bit of the fun that actors Mark Hamill, Harrison Ford, and Carrie Fisher had while creating the second, The Empire Strikes Back, a 1980 production. Included in these photos are some incredibly entertaining, behind the scenes moments of what can be considered the best of the trilogy.

It's great to see a relaxed side of the actors, laughing and joking while in costume. The photos give us a glimpse into the funny interactions that would never make sense according to the storyline of the movie, from a playful kiss between Darth Vader and director Irvin Kershner to Carrie Fisher's giggling fit beside two Stormtroopers.

For all of you fans out there, the images can also be found in the 30th anniversary tribute book titled The Making of Empire Strikes Back by J.W. Rinzler. 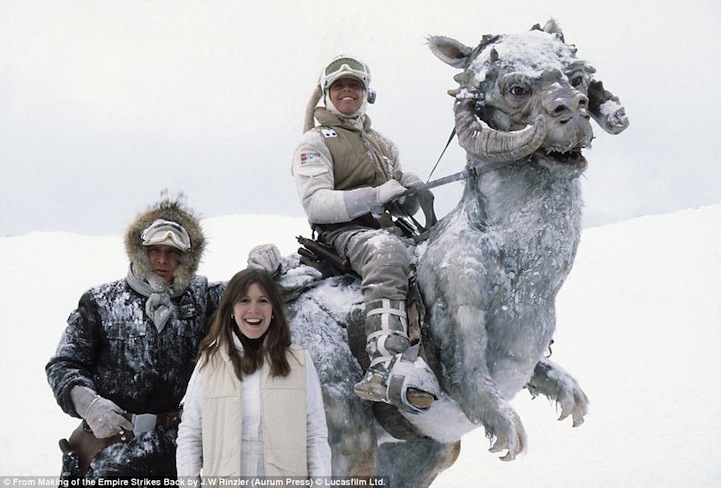 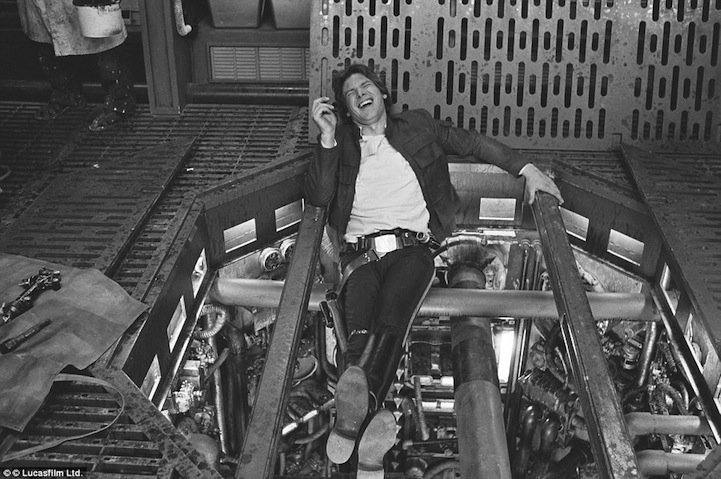 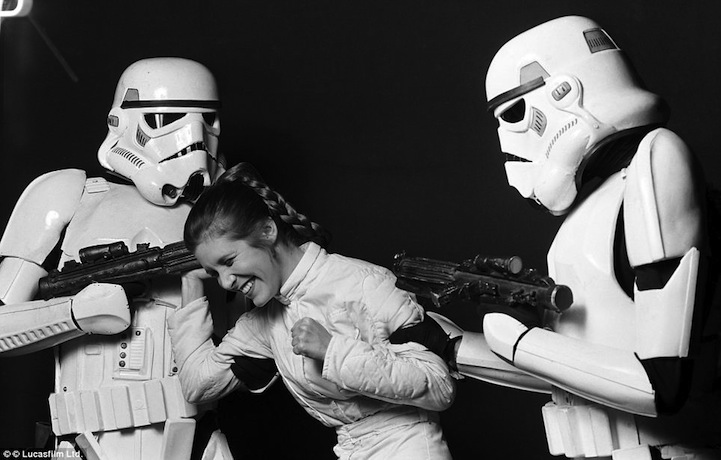 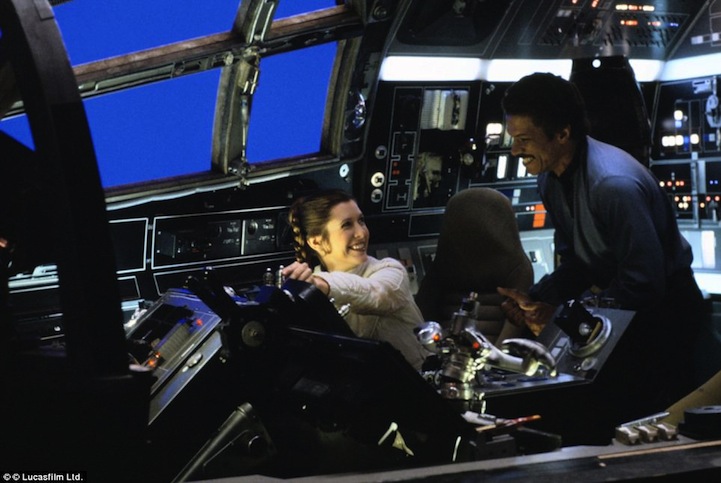 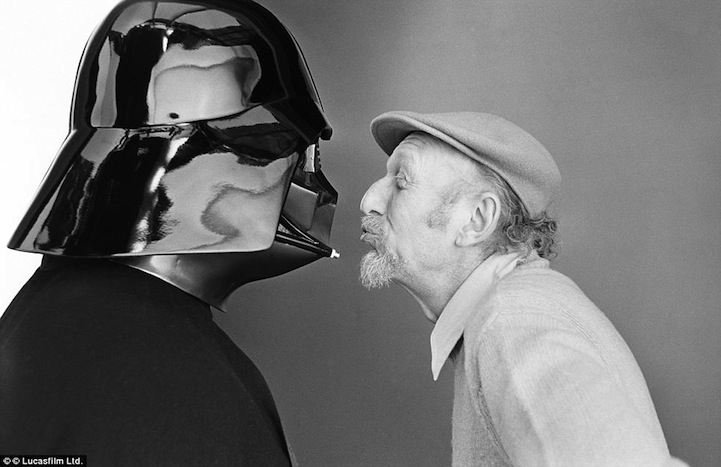 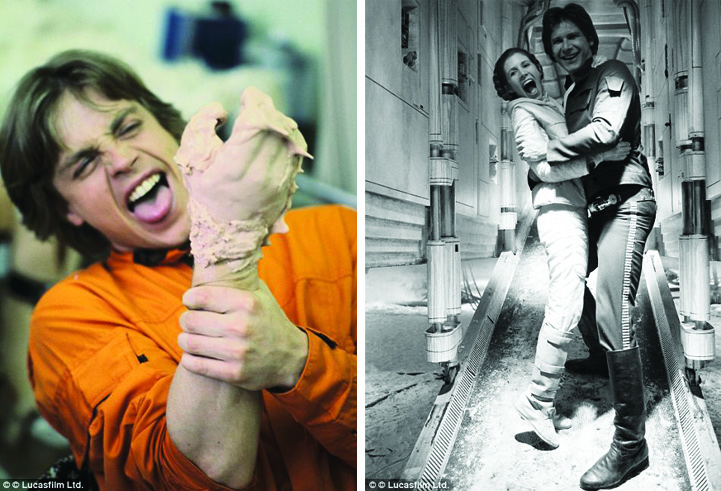 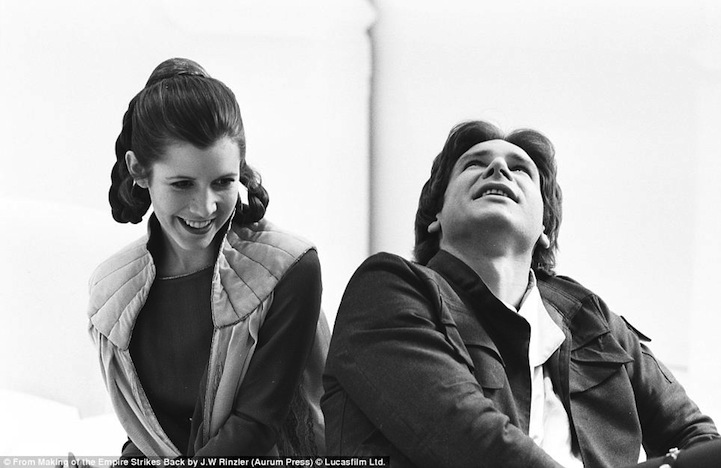 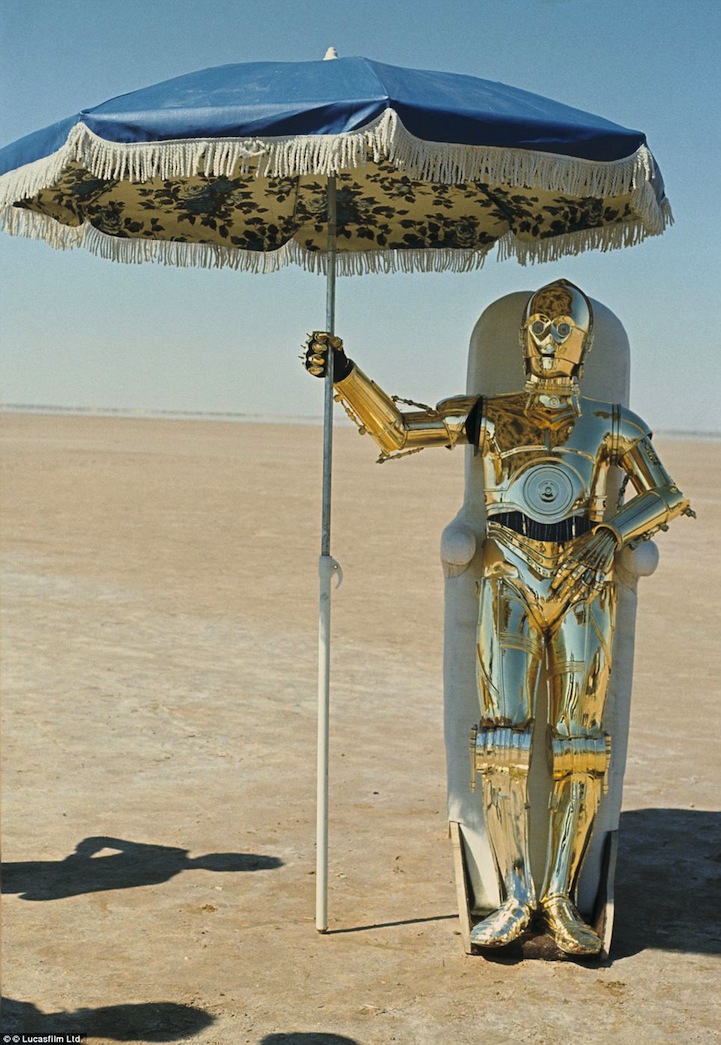 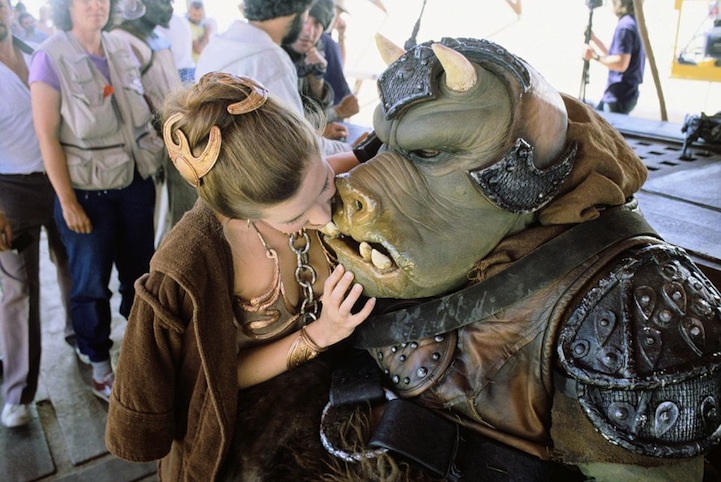 Lucas Films website
via [Daily Mail UK], [Who Designed it]