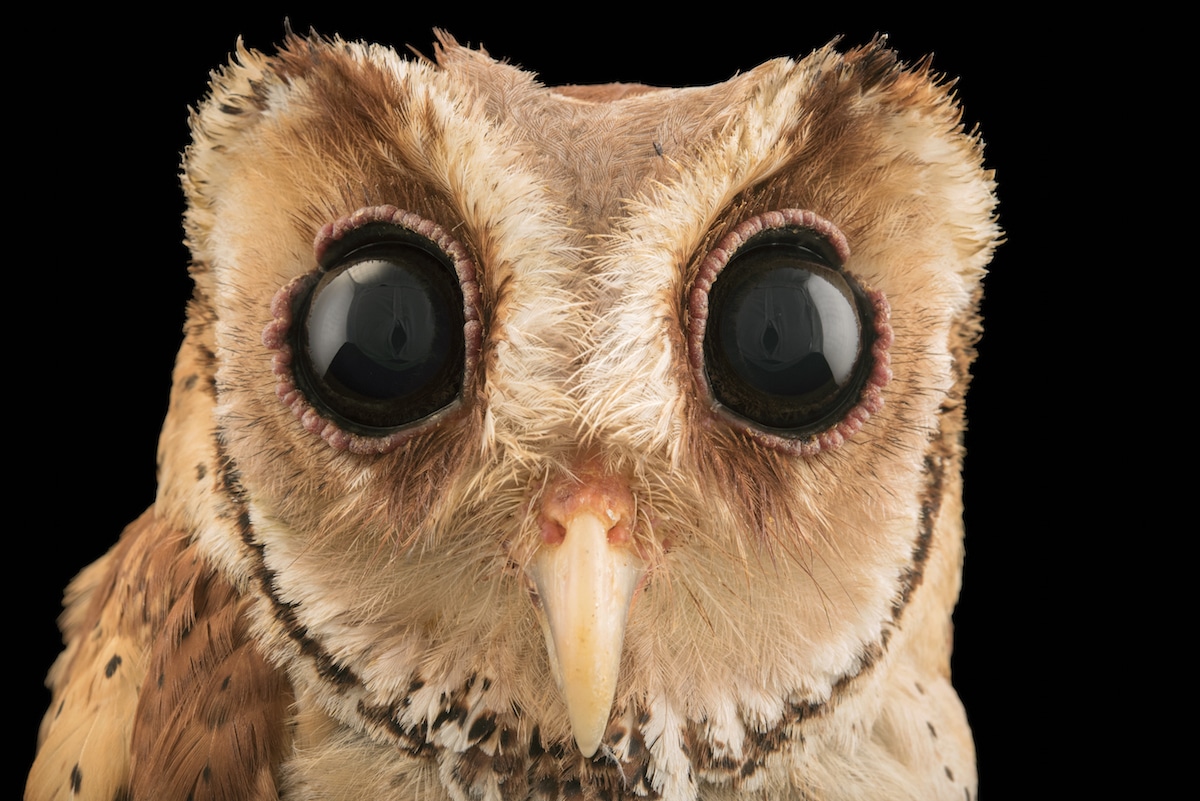 National Geographic photographer, speaker, author, and conservationist Joel Sartore is the founder of the Photo Ark, an inspiring project that aims to raise awareness about endangered animals. Starting in 2005, Sartore asked himself, “How can I get people to care that we could lose half of all species by the turn of the next century?” He then set about traveling the world, creating series’ of animal portraits, with an aim to show the “beauty of biodiversity in all its forms.” Now with 7,885 species in the photo archive, Sartore has recently released the Birds of the Photo Ark book, a collection of stunning images documenting more than 300 bird species.

Sartore’s feathery subjects include species from all over the world. From the doe-eyed common bay owl to the predatory cinereous vulture, each bird is shot up-close, detailing its variety of colors, plumage patterns, and unique personalities. Along with images from Sartore, the Birds of the Photo Ark book features words by bird expert Noah Strycker, who tells the story of each species, and the critical role they play in preserving our planet. Sartore believes that “the future of birds and the future of us are intertwined more than we know.”

Sartore predicts that it will take him another 15 years to document all of the 12,000 animal species around the world, but promises to keep going until he photographs them all. The simple portraits “give us all a chance to look animals directly in the eye and see that there’s beauty, grace, and intelligence in the other creatures we share the planet with.” No matter the size of the animal, all of Sartore’s Photo Ark images are depicted with the same black and white backgrounds, and similar scales, “making a mouse every bit as grand as an elephant. In these portraits, they are equals.”

If you’re inspired to contribute to the project, you can buy a signed copy of Birds of the Photo Ark book, or the 400-page Photo Ark Book where you’ll find images of all kinds of species. All profits go directly to funding the Photo Ark Project. Alternatively you can buy fine art prints of your favorite animals, or simply make a donation via the the National Geographic website.

National Geographic photographer Joel Sartore is the founder of the Photo Ark, an inspiring project that aims to raise awareness of endangered species. 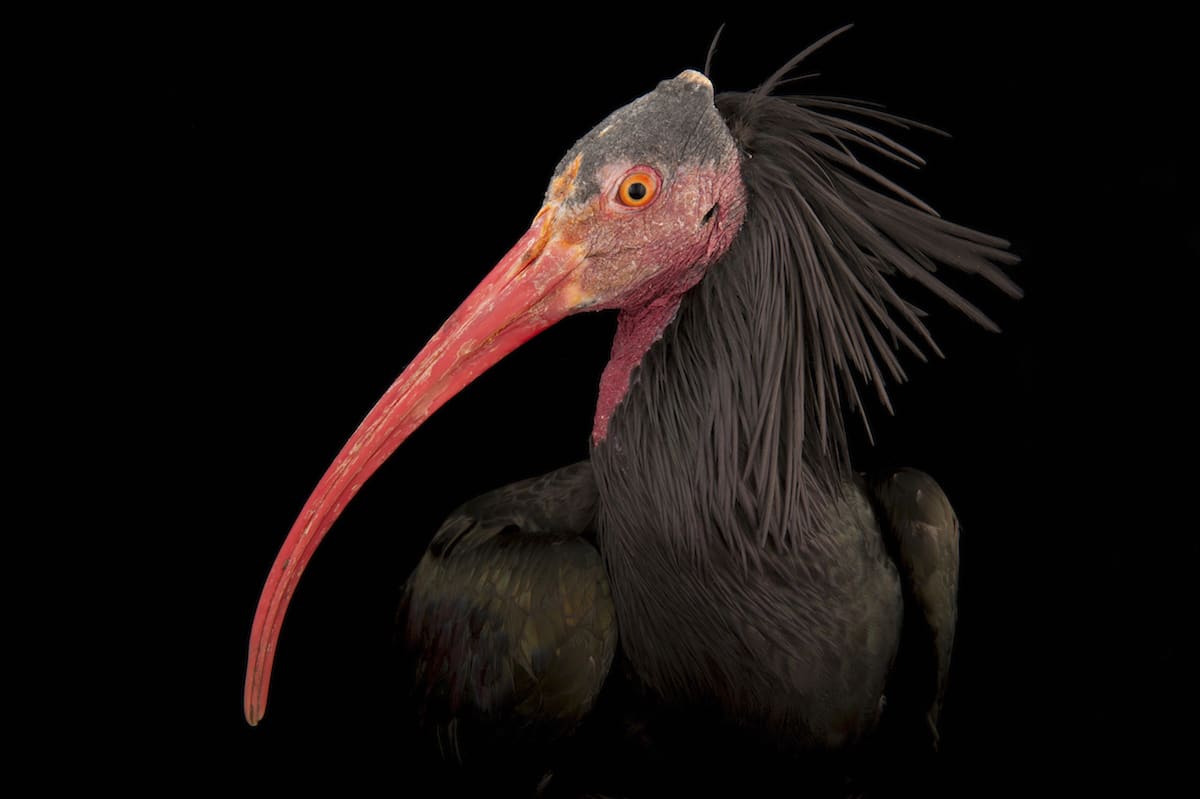 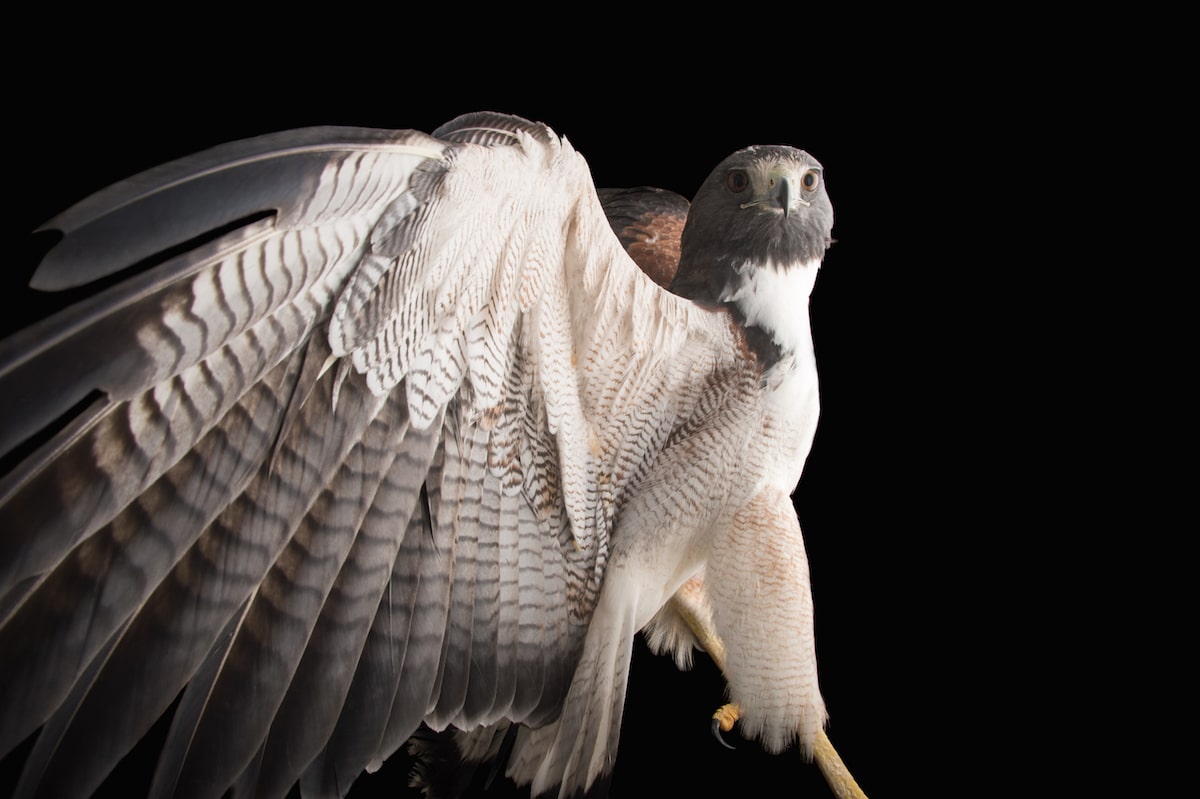 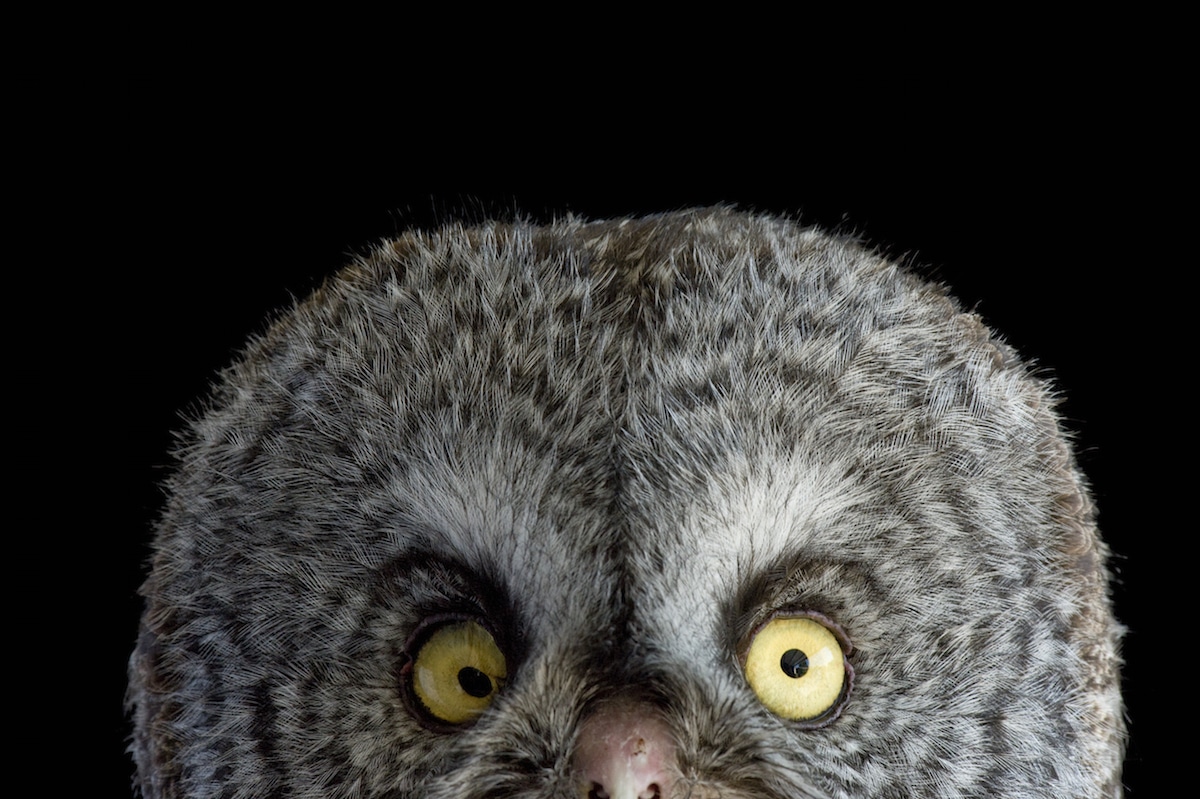 He travels the world, creating series’ of animal portraits, with an aim to show the “beauty of biodiversity in all its forms.” 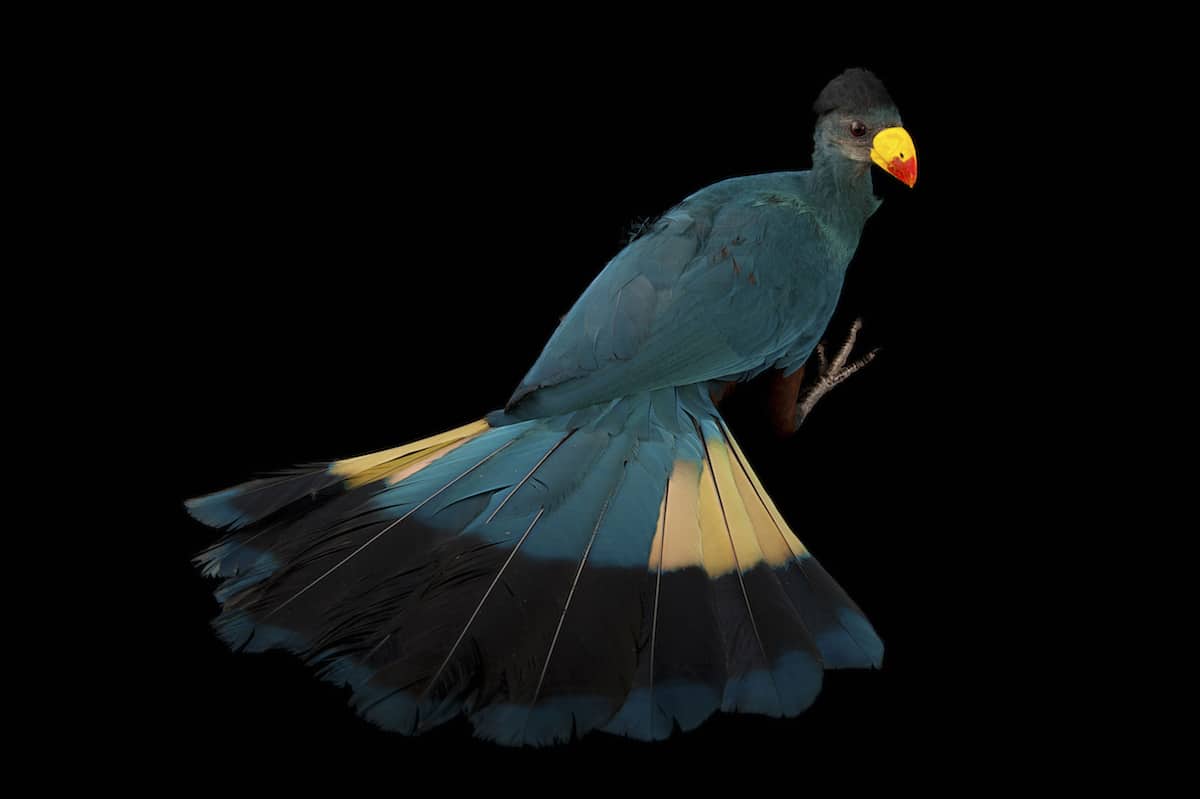 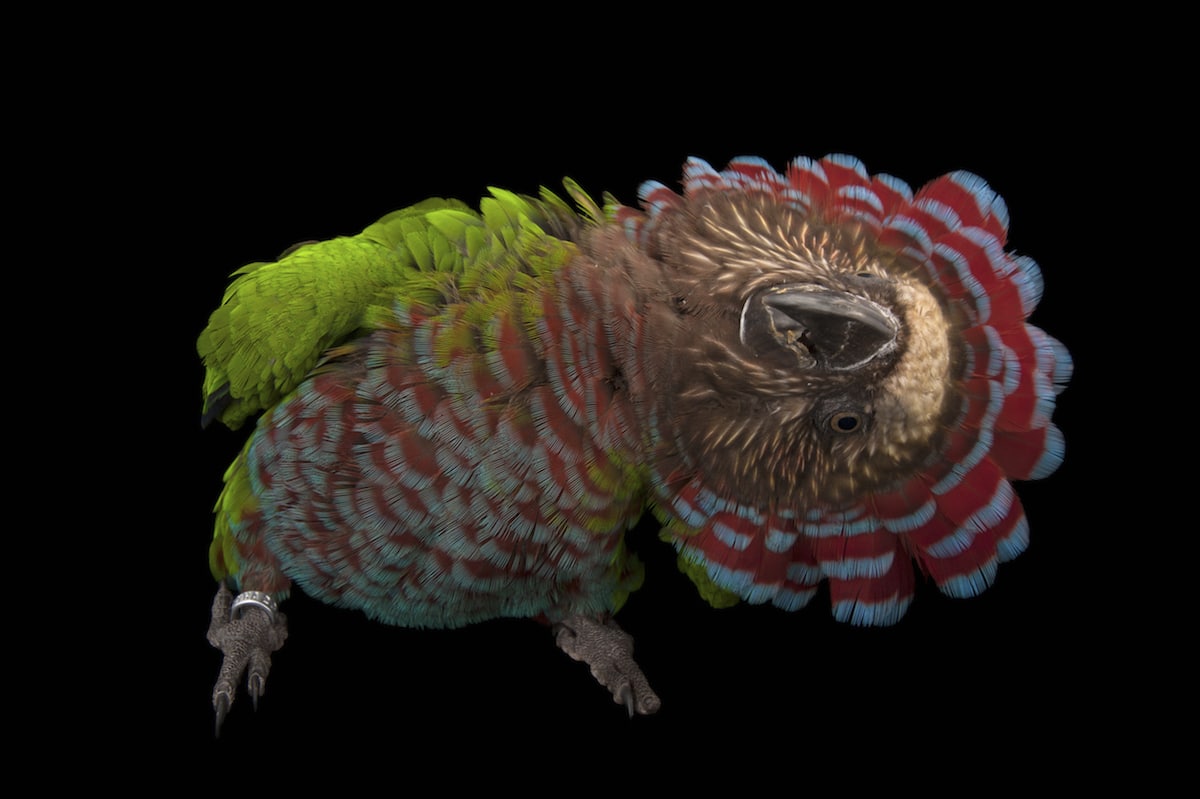 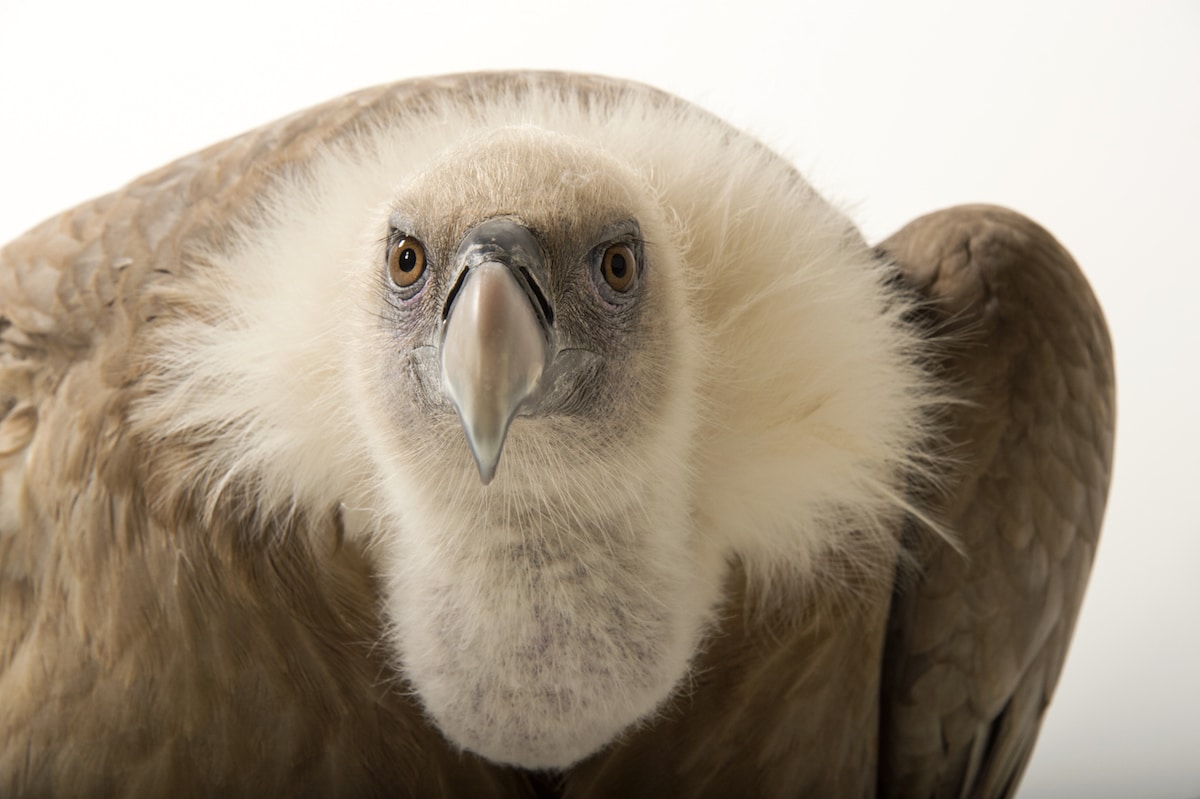 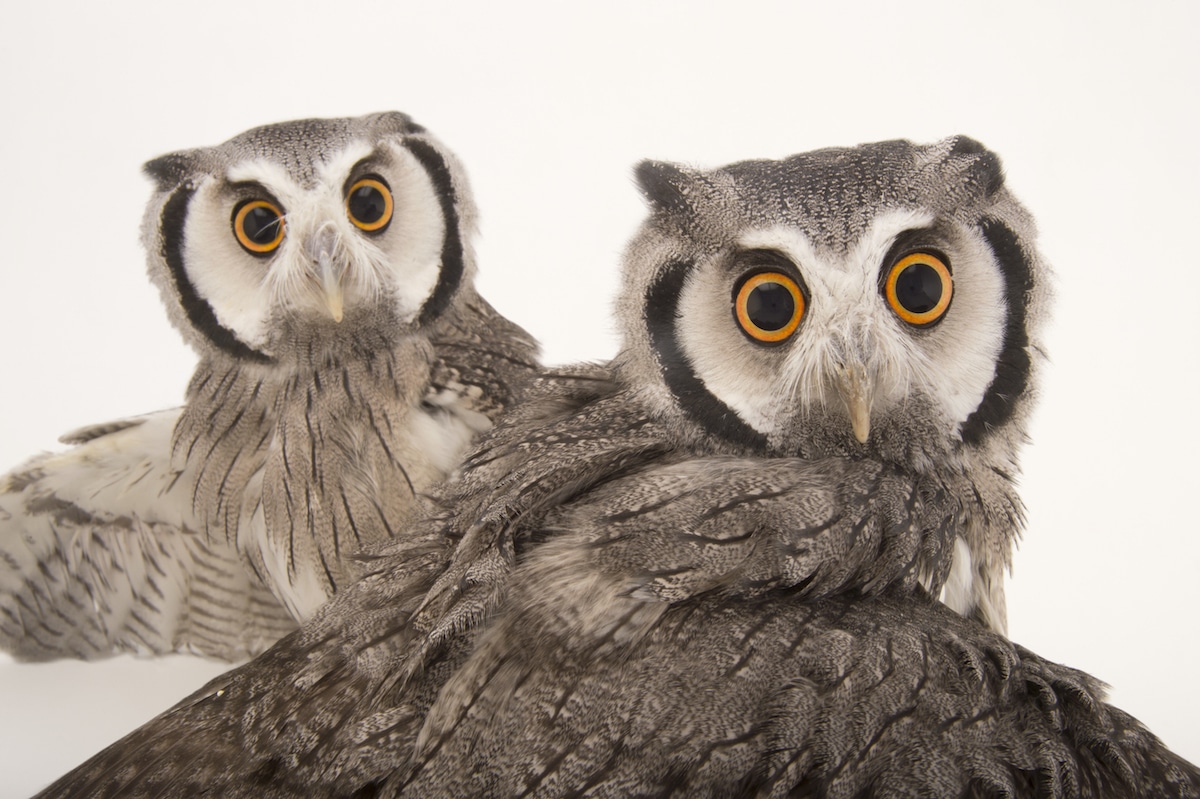 He recently released the Birds of the Photo Ark book, a collection of stunning images documenting more than 300 bird species. 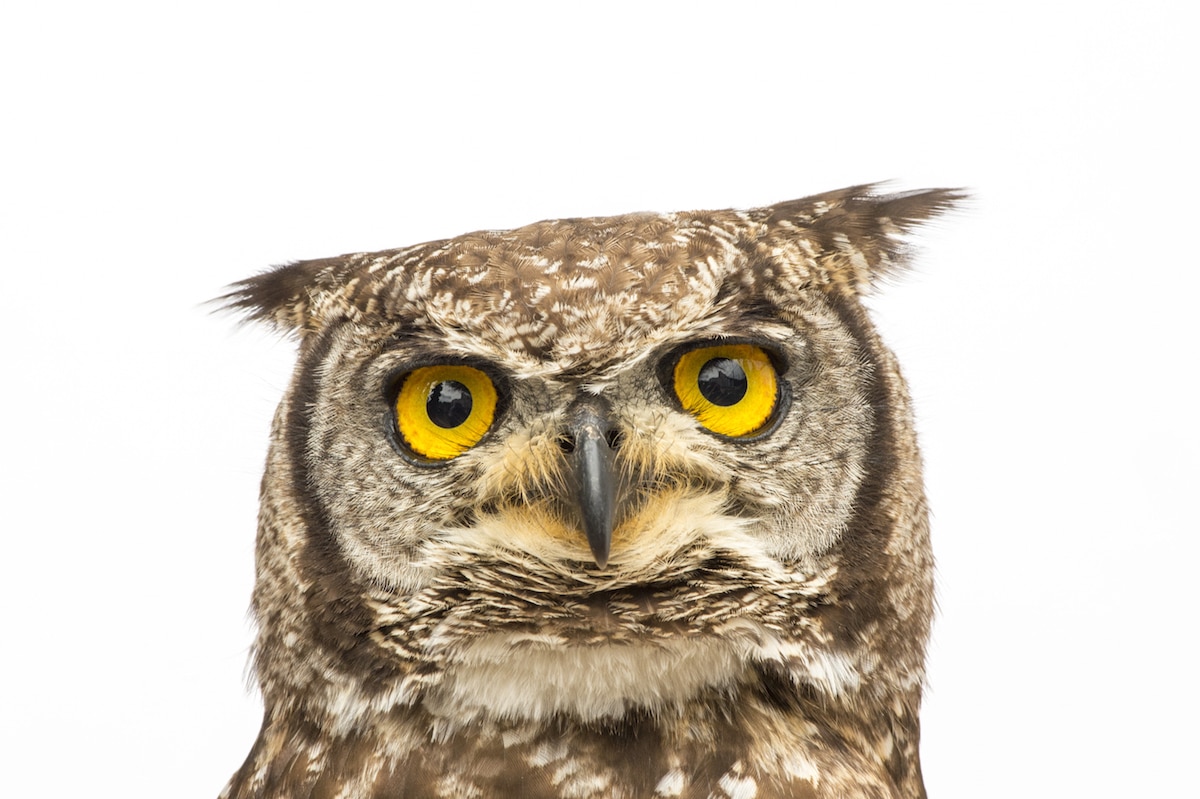 A “spotted eagle owl” (Bubo africanus) from the Plzen Zoo. 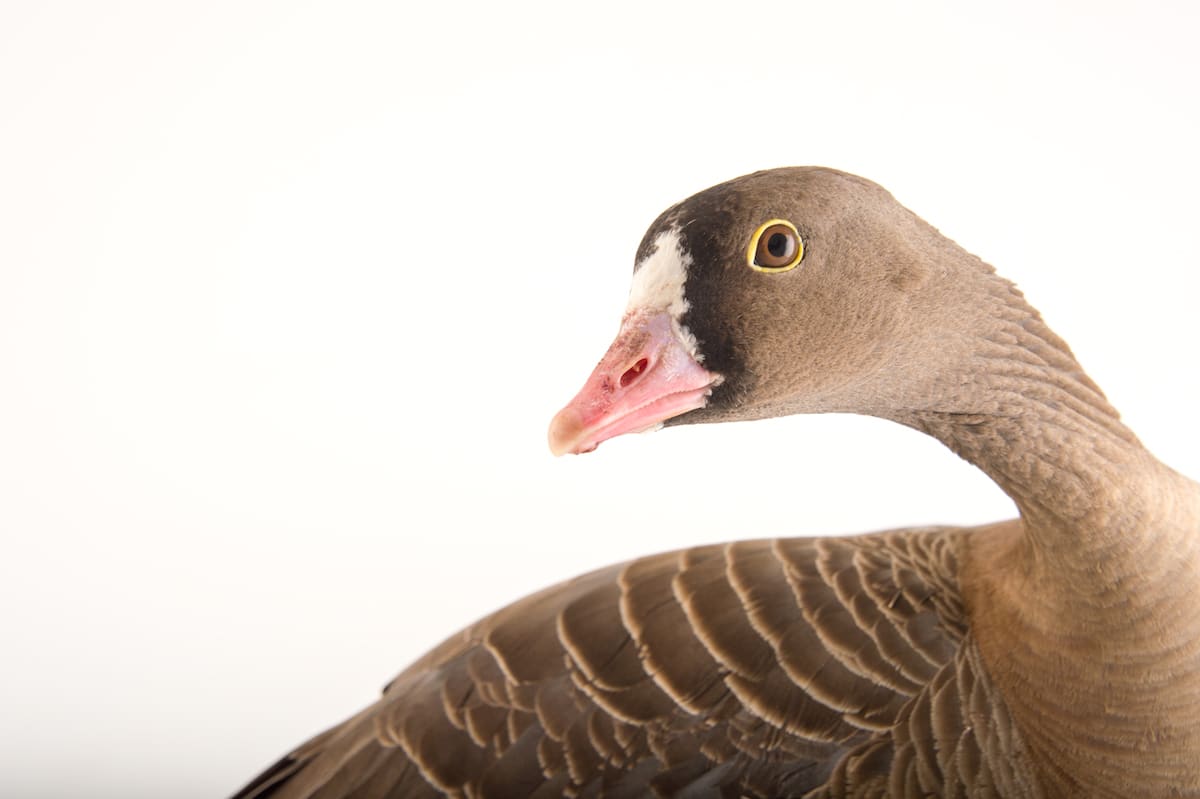 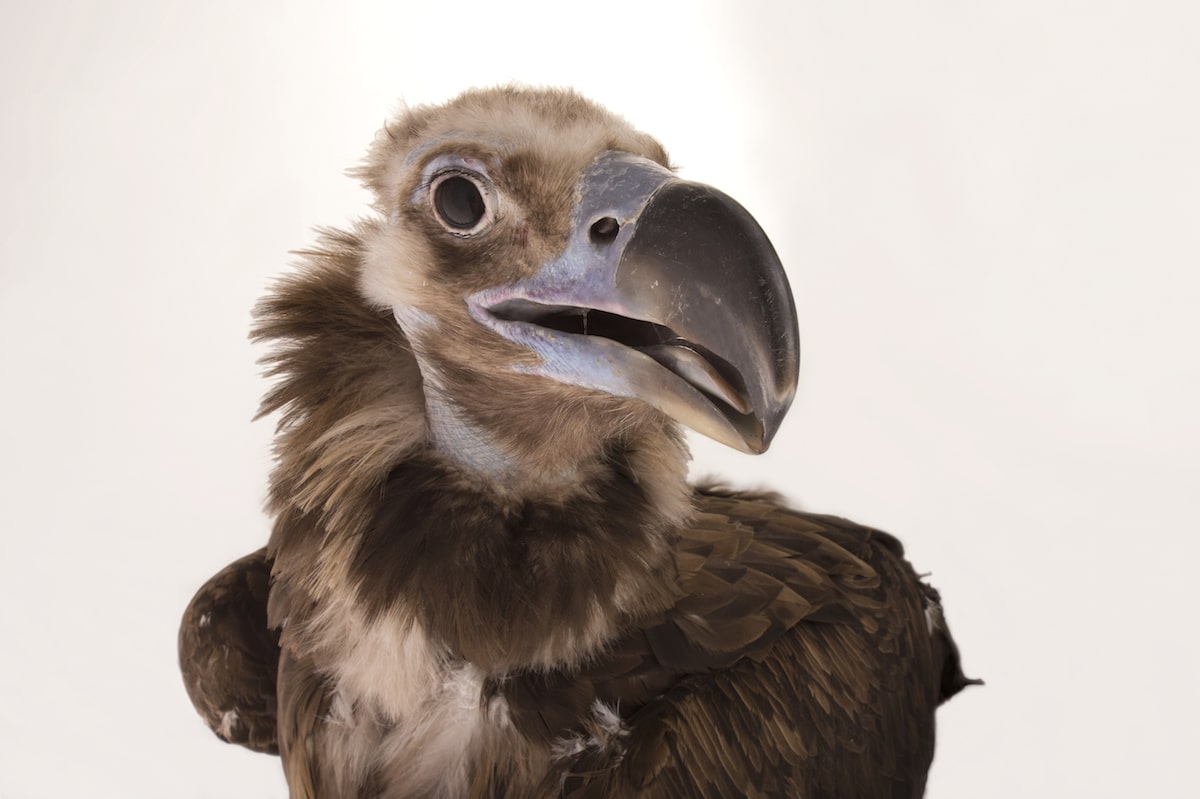 Each bird is shot up close, detailing their variety of colors, plumage patterns and unique personalities. 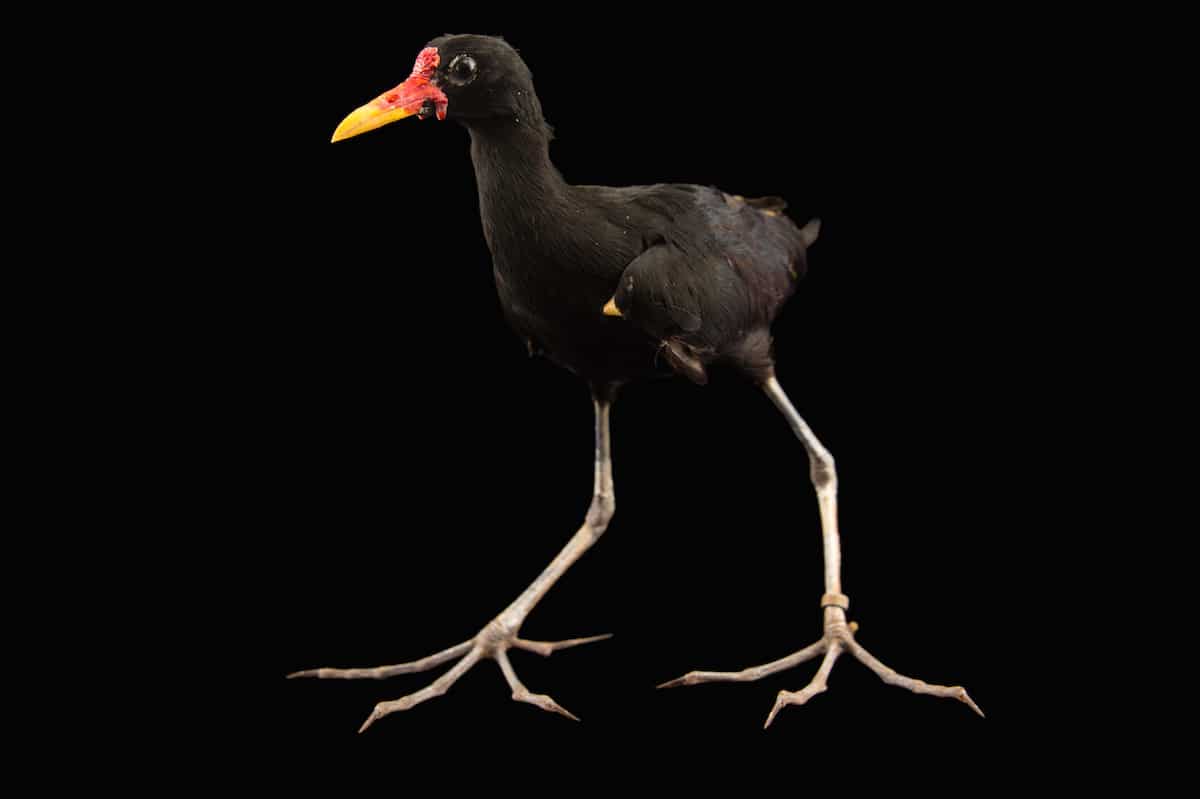 A “wattled jacana” at the National Aviary breeding center. 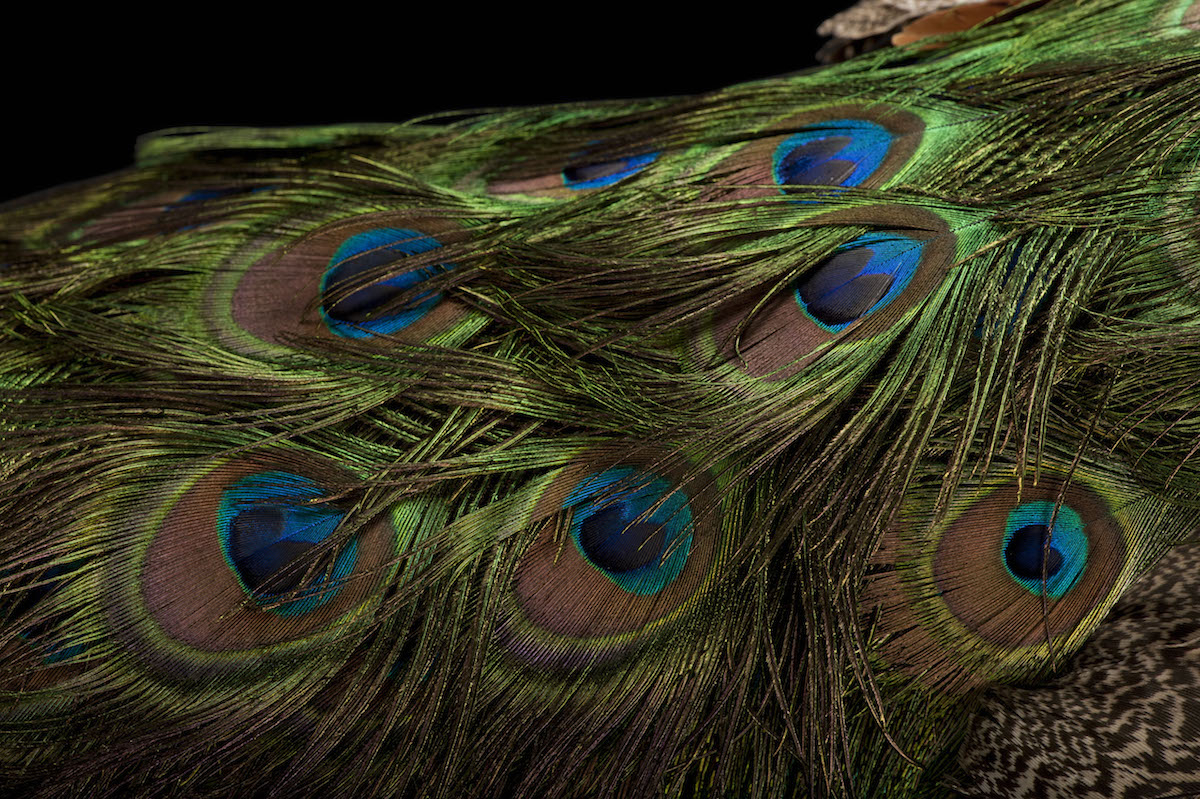 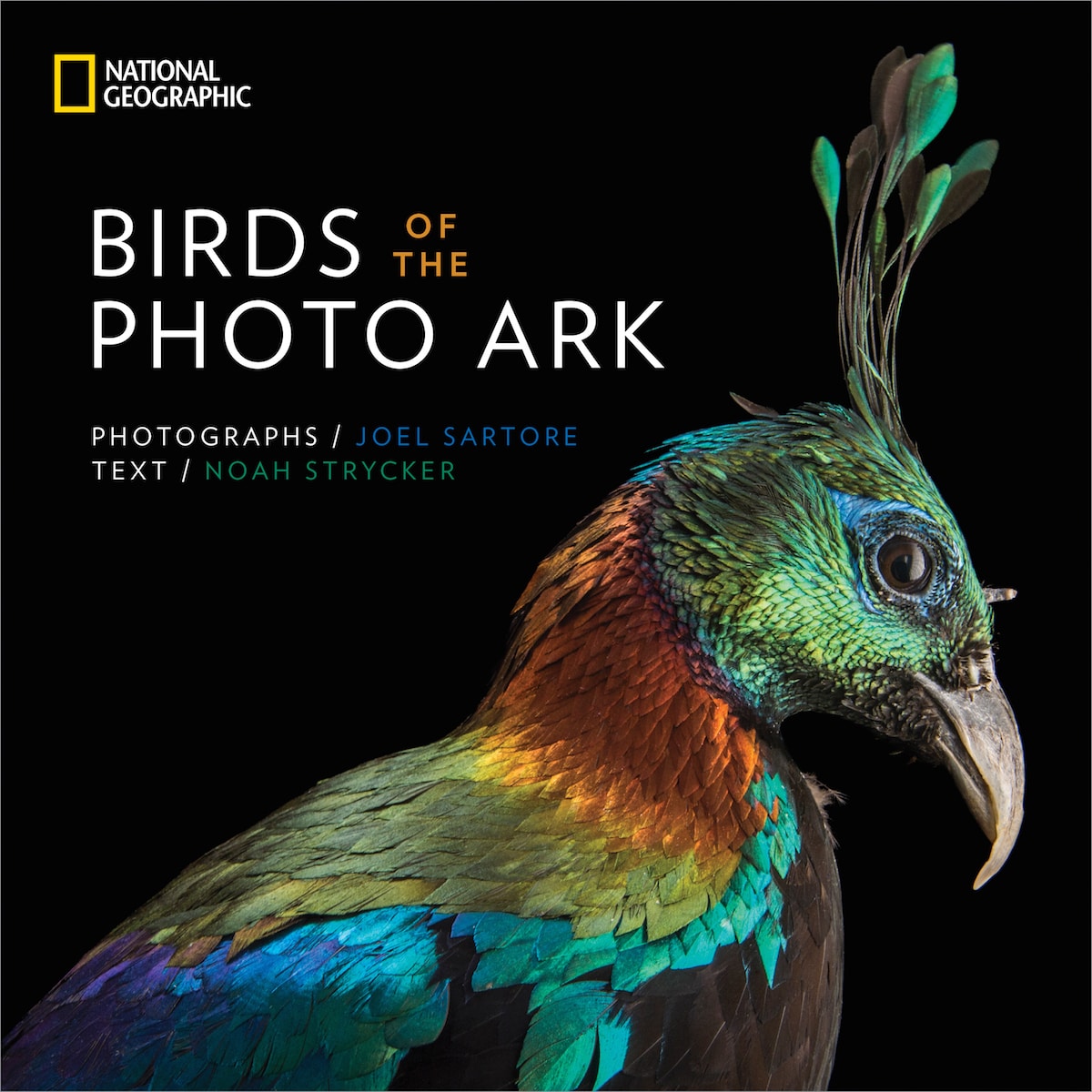 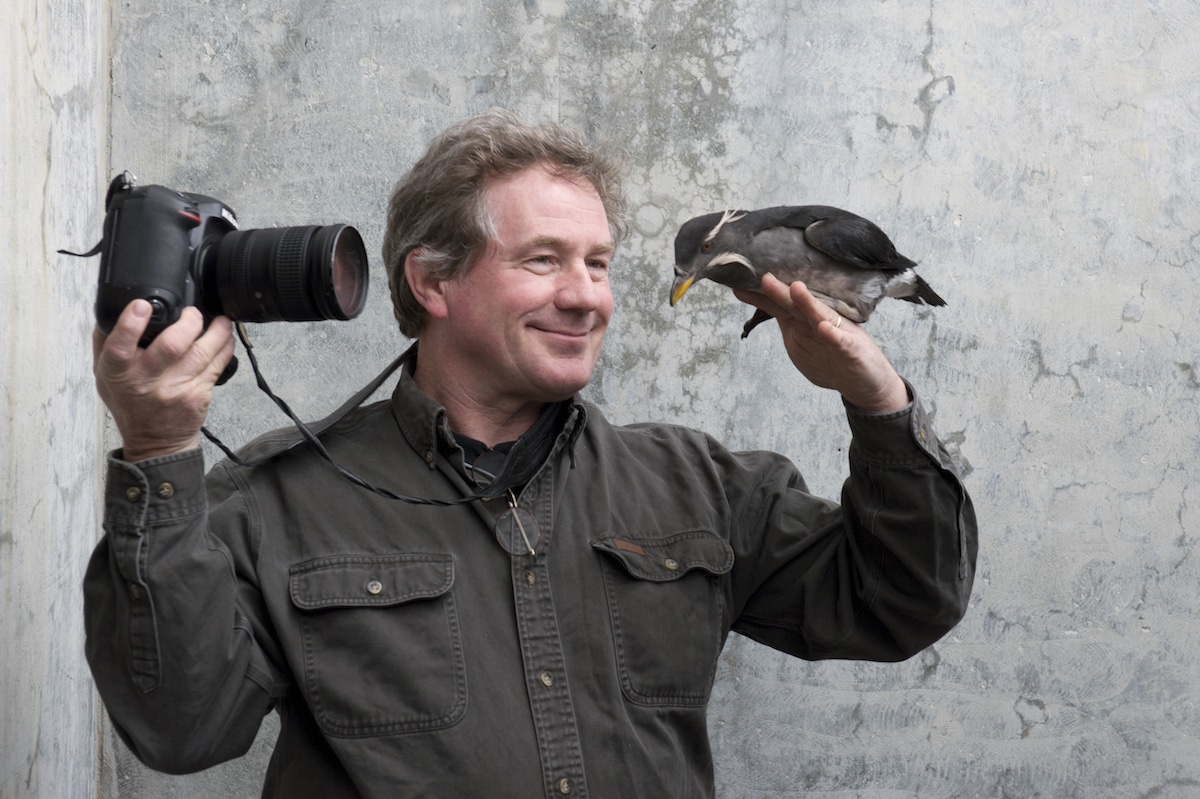 My Modern Met granted permission to use photos by Joel Sartore Photography.

Intricately Cut Paper Portraits of Endangered Animals Around the World