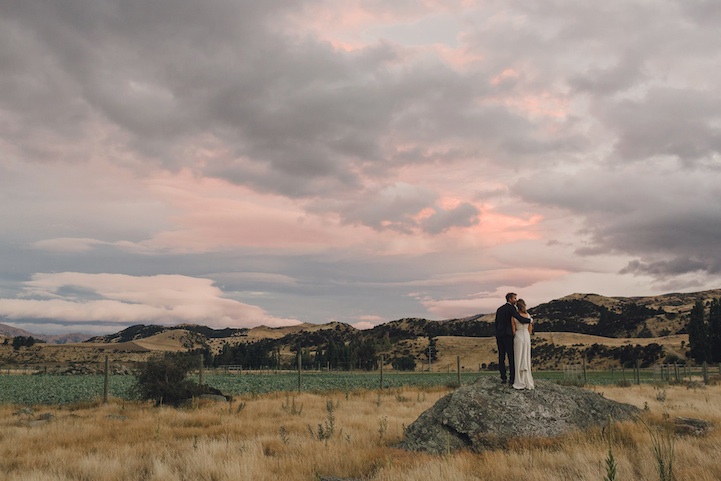 Wedding photographer Eric Ronald captured a photo of a lifetime for one New Zealand couple, Belinda and Campbell. As a surprise for her soon-to-be husband, before the wedding, Belinda arranged for a helicopter flight so that right after the ceremony, the two of them could soar over a lake and land on top of a mountain. Despite the wind that day, the chopper appeared on the horizon and Ronald, the photographer, boarded it along with the couple. It was his first time on a helicopter and he was just as excited as he was scared.

“Game on!,” he says. “In a second, Campbell turned into a little boy, grinning from ear to ear.

“Soaring over Lake Wanaka was such a surreal and overwhelming experience; I can't really put it into words. We landed on top of the mountains. Literally, we dropped on a spot only just big enough for us to land. We jumped out and were greeted by one pretty amazing view. It was like being inside an oil painting…

“Belinda and Campbell shared their first moment alone, as a married couple, standing on top of a mountain above their home town of Wanaka, holding each other, looking into each other's eyes and surrounded by the most amazing view I have ever seen. The wind was blowing, as it often does, but it didn't seem to matter at all.”

UPDATE: We're very happy to announce that Eric's photos of Belinda and Campbell are one of 25 photo stories featured in our new book For Love, published by Chronicle Books! The official release date is March 15, 2016, and the book is currently available to pre-order at Amazon, Barnes and Noble, and Indie Bound. 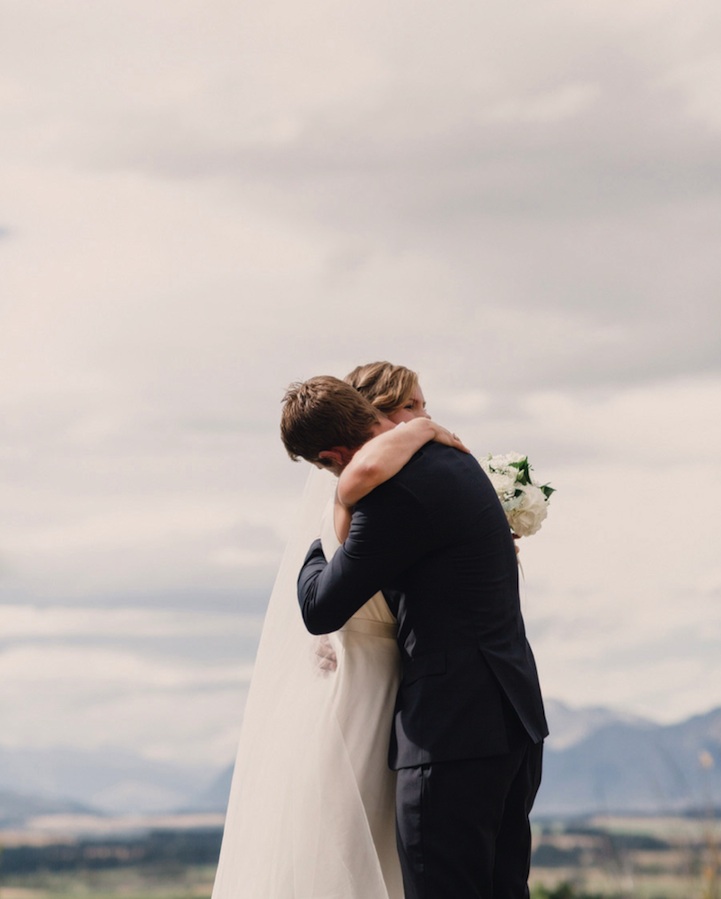 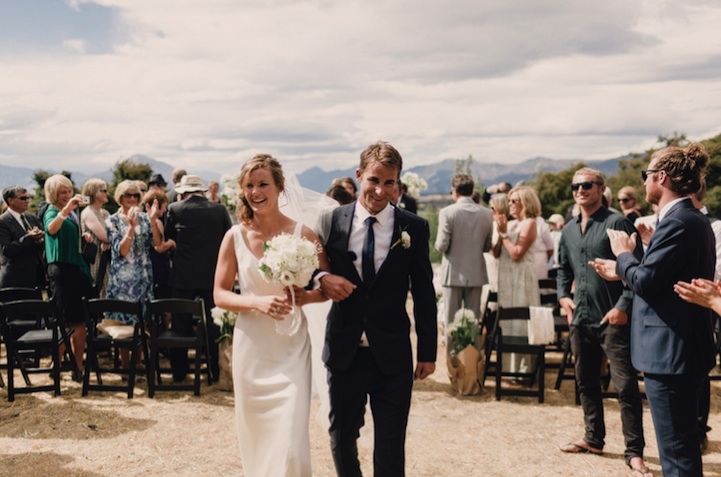 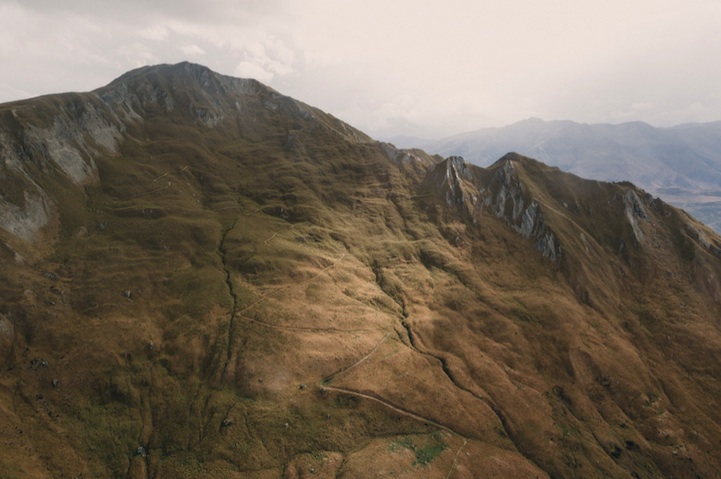 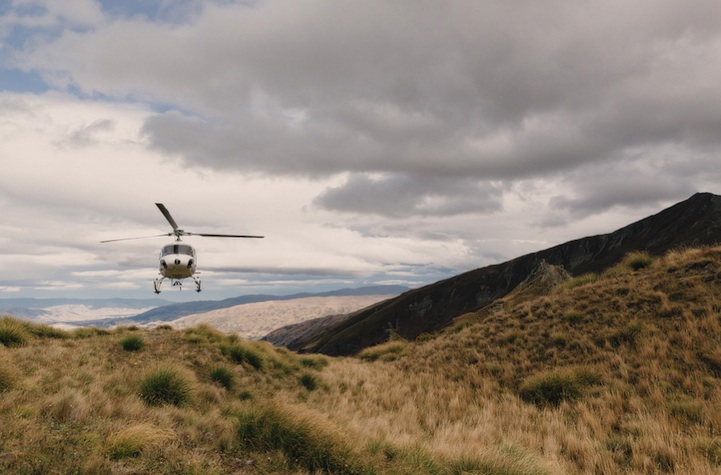 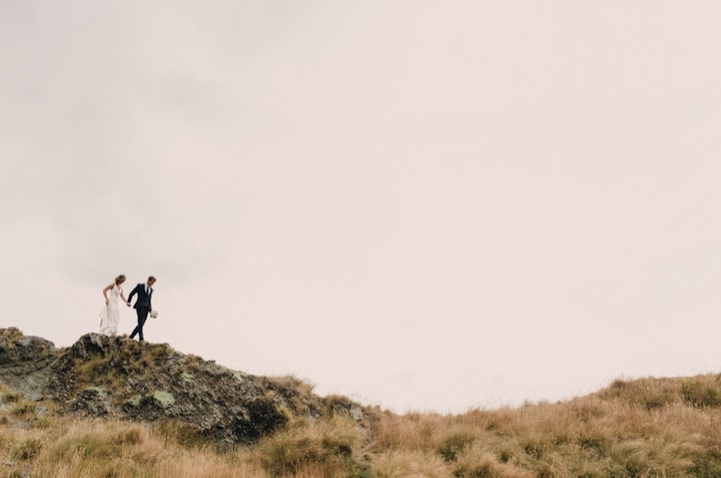 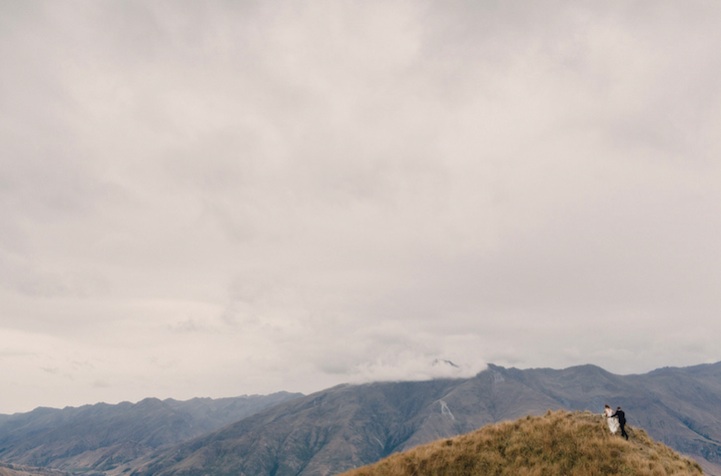 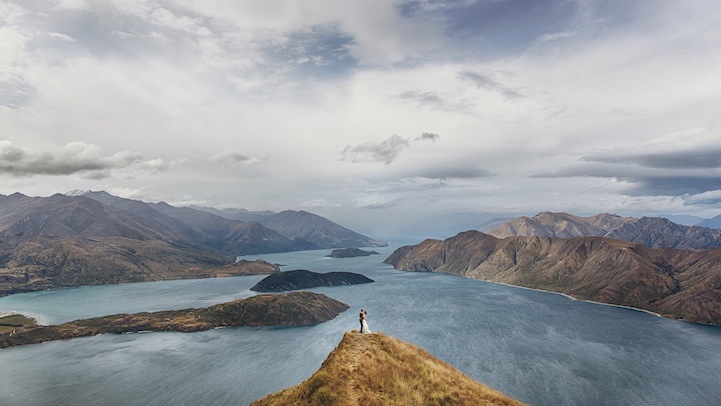