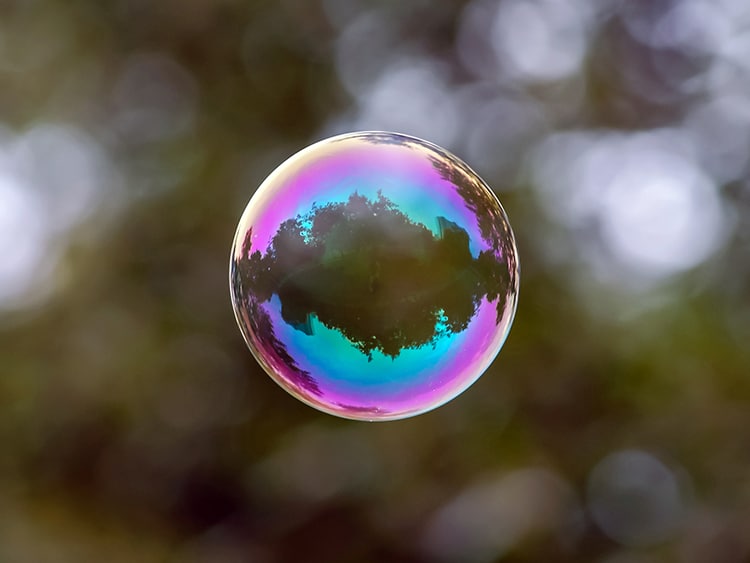 Bubbles are more scientifically complex than one might think. The popular children's activity of blowing bubbles can teach researchers about evaporation. A new study published in Physical Review Fluids marks an exciting milestone in bubble technology. A team from the University of Lille in France created a bubble from a composite liquid film which lasted a whopping 465 days before popping.

Typical soap bubbles rarely last longer than a minute in the open air. These pockets of air are delicate and held together only by the surface tension of a thin film of soapy water. As the water in that film evaporates into the surrounding atmosphere, it can no longer sustain the surface tension. The fragile orb then pops. Defeating this drying effect of evaporation is key to making a hardier bubble, researchers have discovered.

One type of hardier bubble is known as a gas marble. Like a regular marble, it can be rolled around and held in one's hand. These stronger bubbles are made of a composite liquid film. Tiny plastic beads are used to reinforce and strengthen the thin film surrounding the air pocket. To study the longevity of these gas marbles, the University of Lille team created two kinds: one using water as a base, the other using water-glycerol. Glycerol is a compound found in soap which bonds well with water molecules.

The team compared these two types of gas marbles with regular soap bubbles. The regular bubbles popped quickly, but the water-glycerol bubble lasted over a year. Its 465-day lifespan is a world record for any bubble, earning it the nickname “everlasting bubble.” The team credits the glycerol in the bubble for absorbing water and preventing evaporative drying, among other advantages.

Such anti-evaporation technology may be useful in medicine, says New York University professor Leif Ristroph—who was not involved in the study. He told NBC, “I’m daydreaming here, but I could imagine it might be useful to ‘armor’ little droplets in aerosols and sprays to make them last longer in air…For example, some sort of medicine that’s administered by spraying and breathing in the aerosol.”

Scientists made an “everlasting bubble” that lasted 465 days. This feat is actually scientifically significant and can aid in the creation of future medicines. 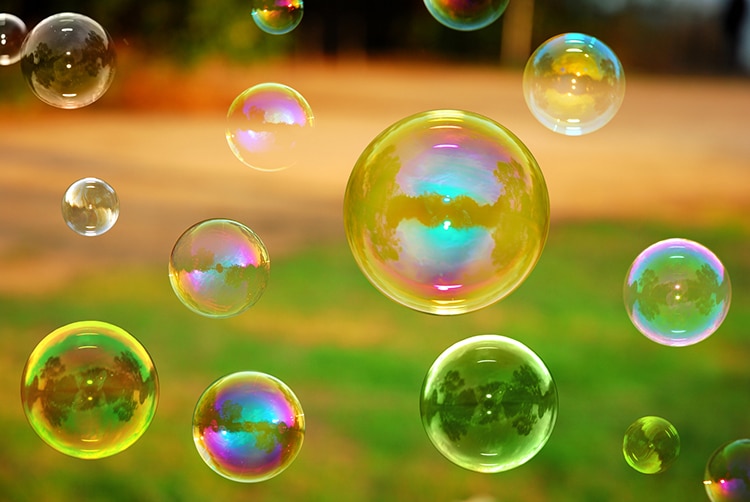 Ethereal Portraits of People in Bubbles