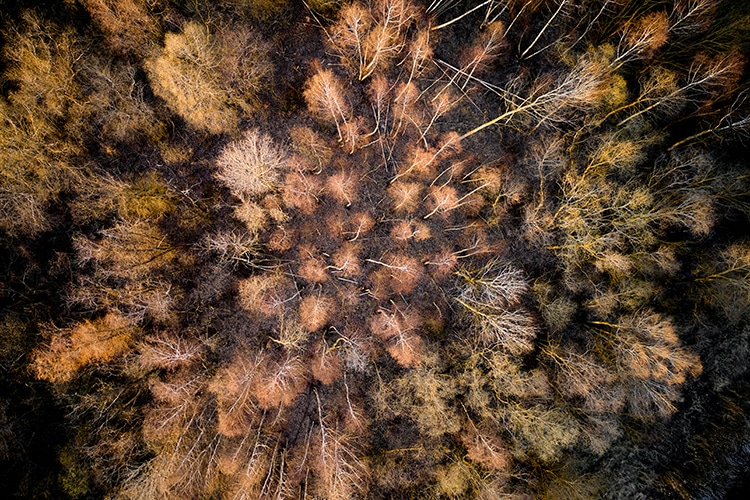 Reforestation is an important part of the mission to combat the climate crisis. To plant trees around the world, scientists and start-ups are getting creative with modern technology. An Ontario, Canada-based start-up, Flash Forest, is determined to plant one billion trees by 2030. The company has created their own custom tree seed pods which can be planted and cared for by their fleet of drones. This automation of reforestation is part of their grassroots efforts to efficiently revitalize environments around the world.

Flash Forest was founded in the spring of 2019. The team quickly delved into research and development, testing prototype drones to hone their technique. As they continued to refine their drones and software, Flash Forest launched a successful Kickstarter campaign to grow the scale of their efforts. The result is a now-expansive operation which totals over 20 employees and has planted 300,000 seed pods across Canada over the past two months.

To begin reforestation, a drone is sent out to scan the landscape and identify where best to plant seeds. Next, the tree planting drones head out, equipped with pneumatic firing devices. These drones shoot specially crafted seed pods into the soil, thereby planting them at an optimal depth. The pods are made by Flash Forest with a special combination of a sprouted seed and nutritious extras to feed the young plant. After the seed is planted, spraying drones bring extra nourishment to the area. The drones then continue to monitor and encourage the growth of these new forests.

According to Flash Forest's website: “Planting trees is currently the fastest and cheapest way to sequester carbon.” Drone automation can plant trees much faster and cheaper than people can by hand. Flash Forest creates pods in a variety of trees local to a given area to encourage biodiversity. At present, a drone can plant over 10,000 trees in a day. The team hopes to continue to raise the speed and efficiency, as well as to expand their reforestation efforts outside of Canada. Stay up to date with their environmental innovation on their website and Instagram.

Flash Forest is a Canadian start-up that is planting thousands of trees with drones. 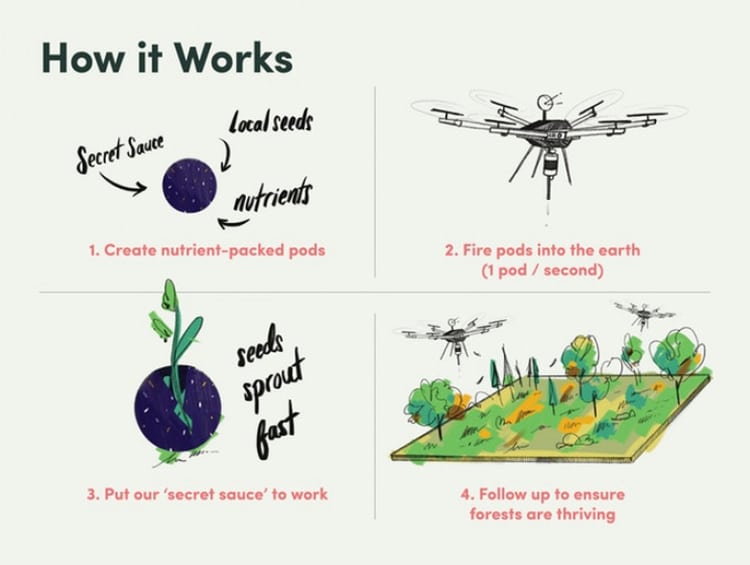 Their drones shoot seed pods into the soil from on high. 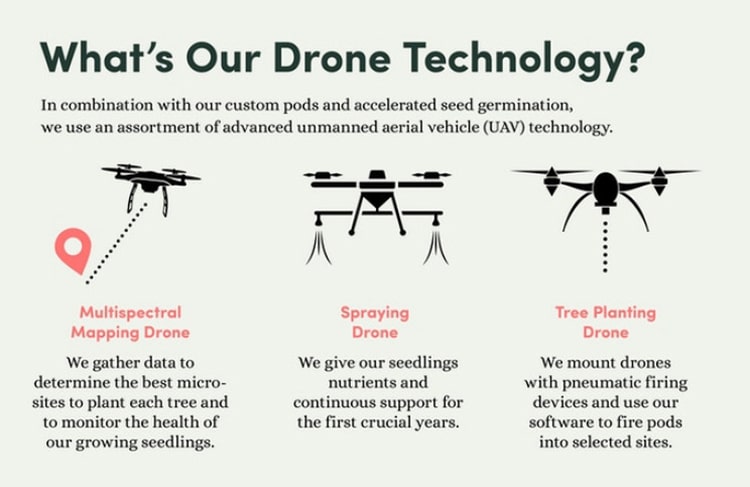 Their goal is to plant one billion trees by 2030.