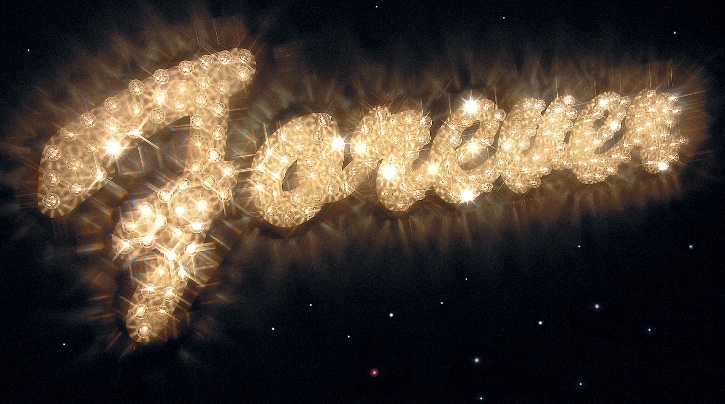 Tim Noble and Sue Webster created this gorgeous light sculpture called Forever back in 1996 when they were commissioned by a public arts organization to illuminate London's gray, urban surroundings. Inextricably linked to their earlier trips to Las Vegas, the sculpture is constructed using large carnival lights. While the word ‘Forever' can mean several different things, it signifies advertising's subliminal communicative power while also playing with the notion of everlasting love.

It was bought in 2002 by a collector who paid $150,000 at a New York auction. A new online shop called s[edition] is currently selling the high-res digital image of this for $40. If you haven't heard of s[edition], you can read an article about it at Wired. (Not sure if it will catch on, but it's an interesting idea.)