The Raw, Grotesque, and Honest Post-War Paintings of Francis Bacon 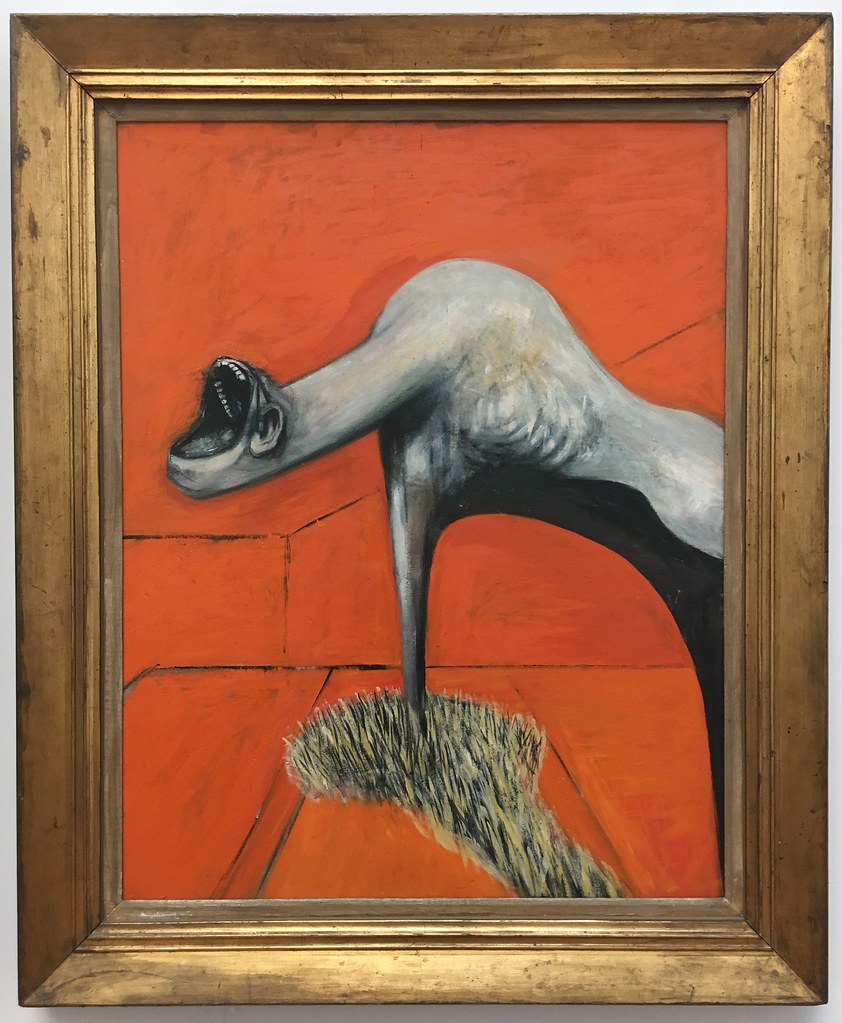 As an artist that emerged in the aftermath of World War II, Francis Bacon explored feelings like pain, fear, and anger in his paintings. It was his intention to create art that reflected raw and honest emotion. His intense, grotesque style portrayed animal-like forms that veered on the alien, as well as distressed human figures often screaming in pain or horror.

Although Bacon debuted as an artist when he was already in his mid-thirties, he swiftly gained notoriety. His use of unsettling imagery like raw meat, the crucifixion, blood, and biomorphs drew mixed attention and solidified Bacon as a leading post-war painter. The prolific artist often focused on one subject for long periods of time and regularly utilized triptych and diptych formats for his paintings—often to portray an array of shifting motifs. Among his series were portrayals of the crucifixion and screaming popes.

The British artist attained considerable fame and wealth during his lifetime. His preeminent existentialist paintings resonated with the anguish felt by those of the postwar generations, and even today they have cultivated a large following. In fact, alongside art history icons like Leonardo da Vinci and Edvard Munch, Bacon's paintings are among the most sought after in the world.

Here, we explore the hallmarks of Francis Bacon's artistic style.

Who is Francis Bacon?

Bacon was born in Dublin, Ireland on October 28, 1909. His childhood was divided between time in Ireland and England—during which, he expressed interest in fashion and drawing. Growing up, Bacon had a tenuous relationship with his strict father, and in 1926, when Bacon was 17, the two had a falling out and the Irish artist was thrown out of the family house in London.

During the years that followed, Bacon wafted among various professions including interior designer and telephone operator. While he worked, he also began painting—finding inspiration in the art of Picasso, medical photographs, and Surrealism. After the war, and years of experimentation in painting, Bacon splashed onto the London art scene with an exhibition of Three Studies for Figures at the Base of the Crucifixion in 1945. This triptych is seen as the culmination of the artist's early work, and the forerunner to his lifelong interest in emotional and existential postwar painting. 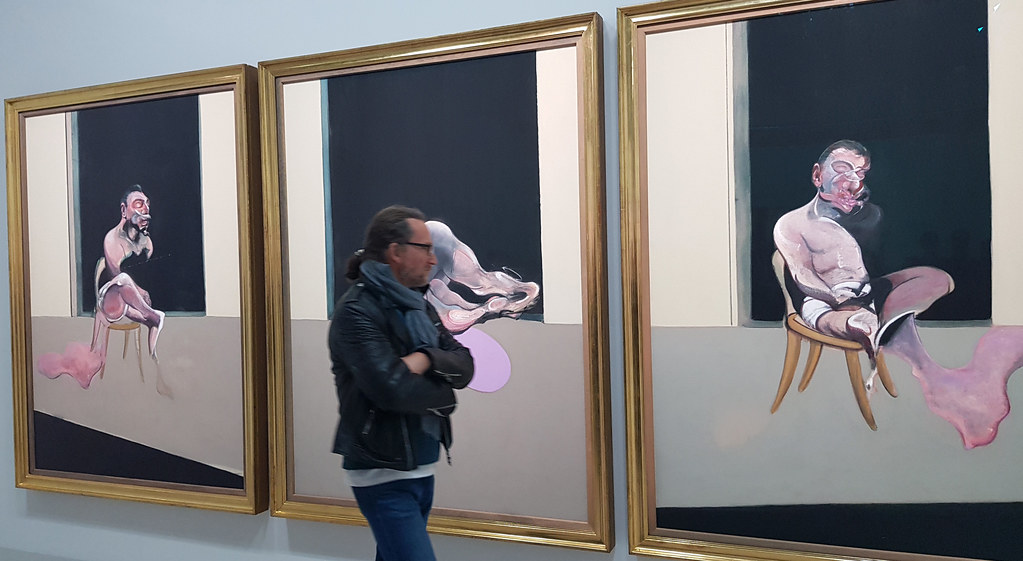 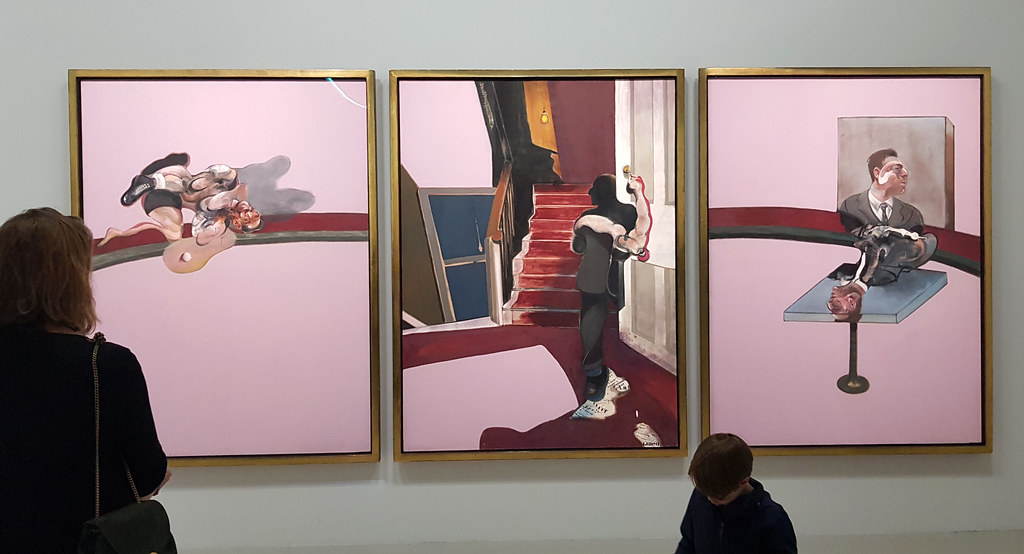 Themes and Motifs in Bacon's Work 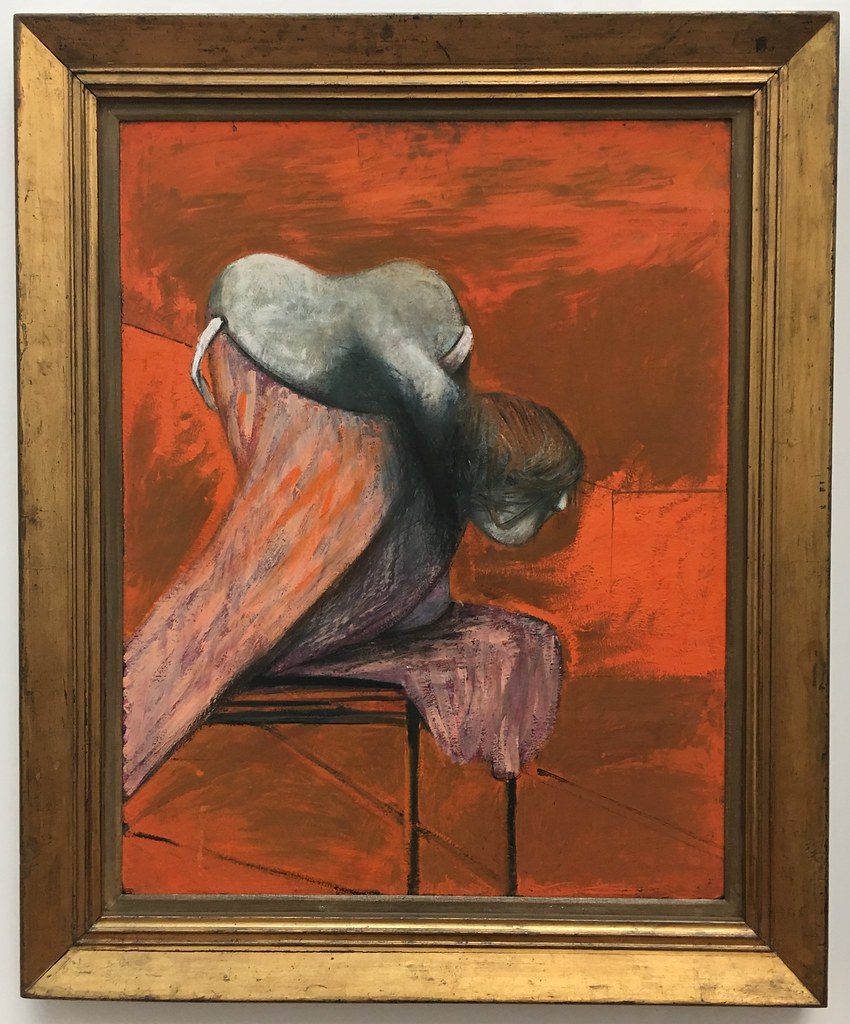 Several of Bacon's paintings explore the image of the crucifixion, which was also used in the art of many of his inspirations, including Picasso and Velázquez. For the artist, the crucifixion seemed to embody the deep emotional turmoil felt in humanity after World War II. 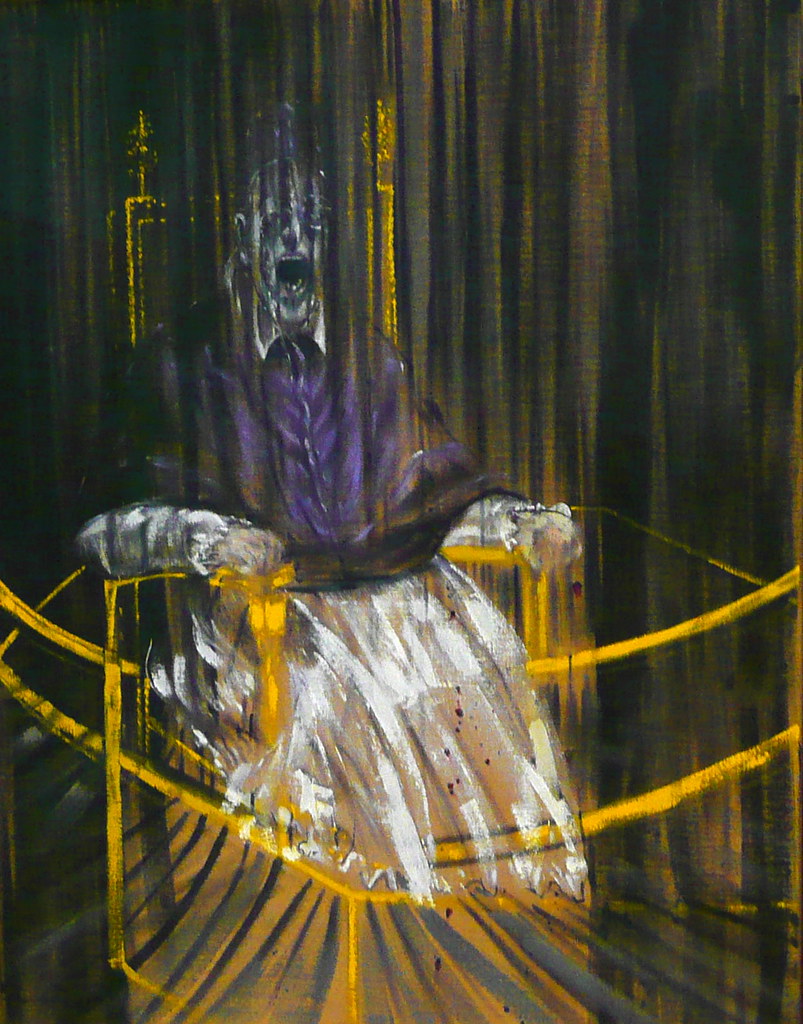 Bacon tended to work in periods of deep artistic immersion into different subjects, and the “screaming mouth” remains one of his most iconic motifs.

During his 20s, the artist poured over graphic medical photographs of diseased mouths and later, in 1935, saw Sergei Eisenstein's silent film Battleship Potemkin which showed a nurse screaming in terror while covered in blood. These images merged into an idea that obsessed Bacon for much of his creative career. 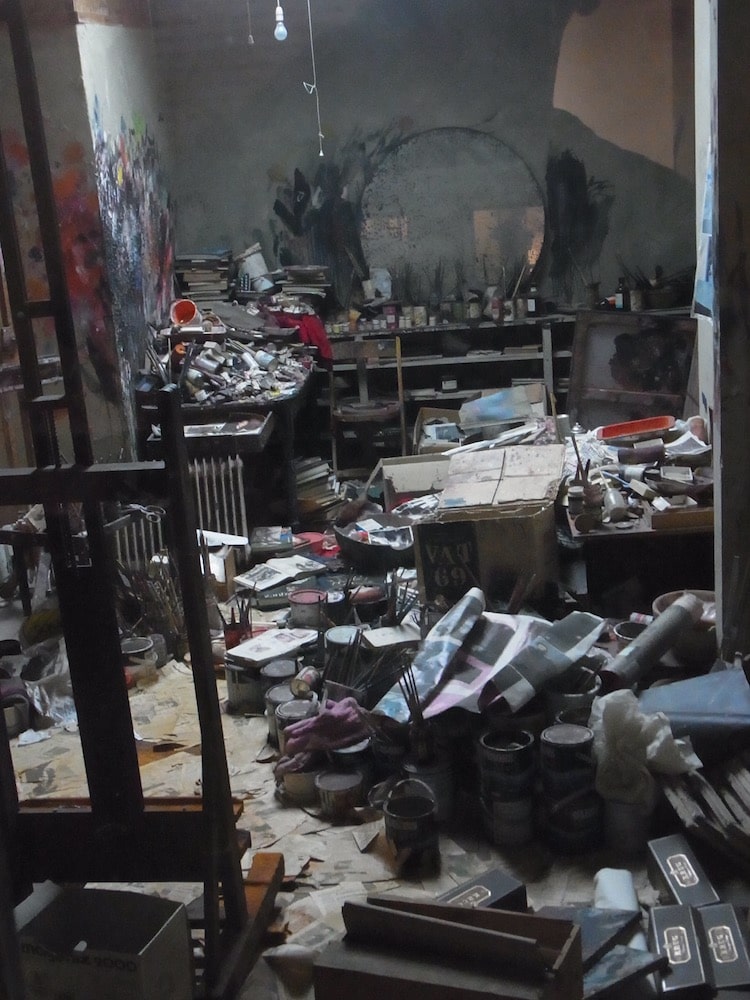 After his death, Bacon's London studio was moved to Dublin. Now, visitors to this space can view every paper, photo, book, and piece of furniture just as it was during the artist's life.

Due to their intensely emotional subject matter and cutting-edge style, Bacon's art remains highly influential today. His portfolio of dramatic, existentialist painting continues to be seen as a cornerstone of postwar art—reflecting the trauma many people felt during the era.