By Kelly Richman-Abdou and Margherita Cole on March 2, 2022 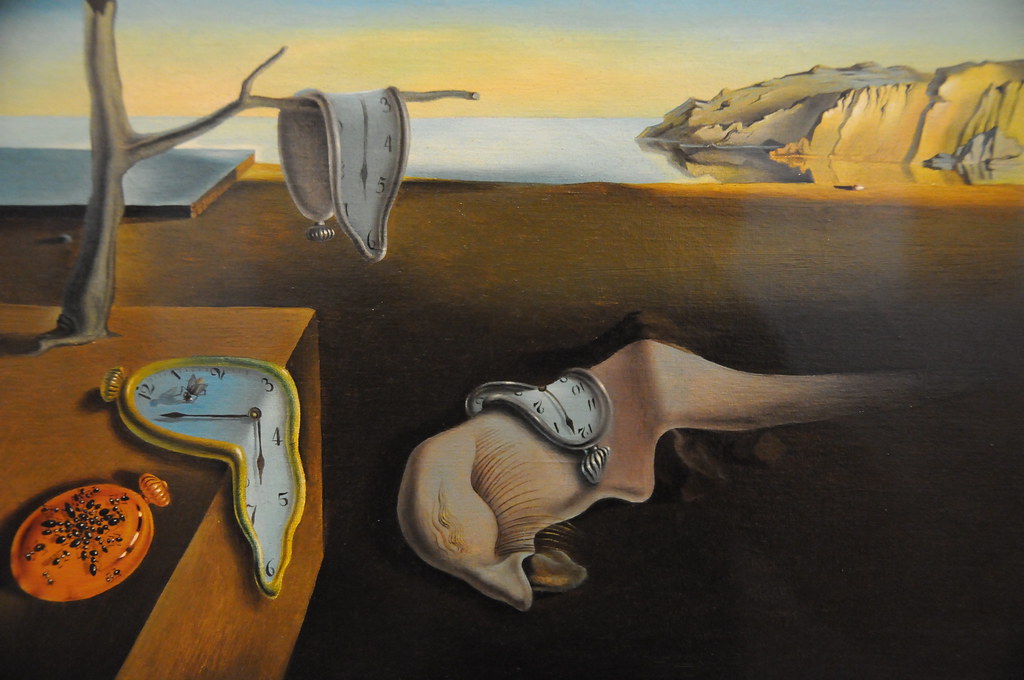 Salvador Dalí, “The Persistence of Memory,” 1931
This post may contain affiliate links. If you make a purchase, My Modern Met may earn an affiliate commission. Please read our disclosure for more info.

With its imaginative imagery, experimental artistic approach, and subconscious-inspired subject matter, Surrealism may seem like a difficult genre to grasp. After all, even the movement's pioneer, André Breton, referred to the genre as an “invisible ray,” while iconic Surrealist Salvador Dalí noted that “people love mystery, and that is why they love my paintings.”

However, once one learns about its fascinating roots, key artists, and well-known works, it is clear that the mysterious movement is actually an accessible and approachable form of art—and one that continues to charm audiences and even artists today.

The History of Surrealism 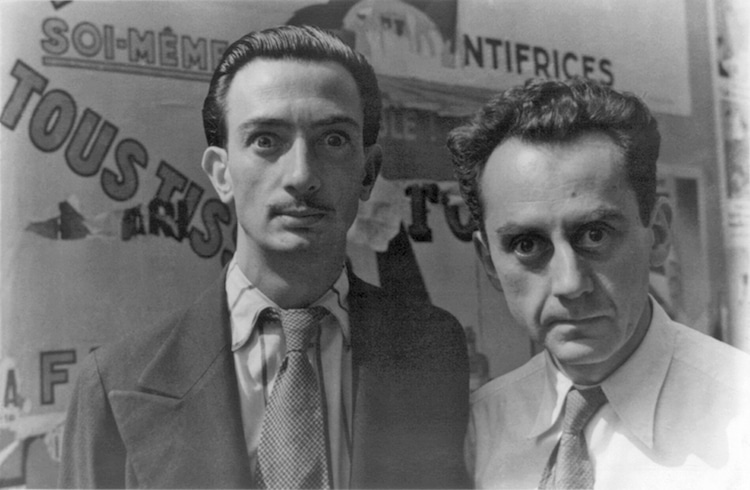 The Surrealist art movement began in the 1920s, when visual artists like Salvador Dalí, Max Ernst, Man Ray, Joan Miró, and Yves Tanguy adopted automatism, a literary technique that relied entirely on the subconscious for creativity. This tool had been recently pioneered and popularized by André Breton and other Surrealist writers in Paris, who paved the way for the art form with their dream-like texts and Dada-inspired interest in experimentation.

The idea of automatism appealed to the group of artists, who, in their work, sought liberation from rationalism and complete creative freedom. Thus, it is not surprising that many of the artists had often looked to similarly-minded movements like Cubism, Expressionism, and Post-Impressionism. Combining elements of each, they settled on a visual approach lacking, according to André Breton in Manifestoes of Surrealism, “any control exercised by reason, exempt from any aesthetic or moral concern.” They then formally founded the Surrealist art movement.

In addition to experimenting with automatism and exploring the self-conscious, Surrealist artists aimed to challenge perceptions and question reality through their work. This fascination is the focus of The Treachery of Images, a painting by René Magritte that features only a pipe and the text: ceci n'est pas une pipe (“this is not a pipe”). By pointing out that his depiction is not actually a pipe but merely a painting of one, he plays with interpretation and draws attention to the inherent deception of art. 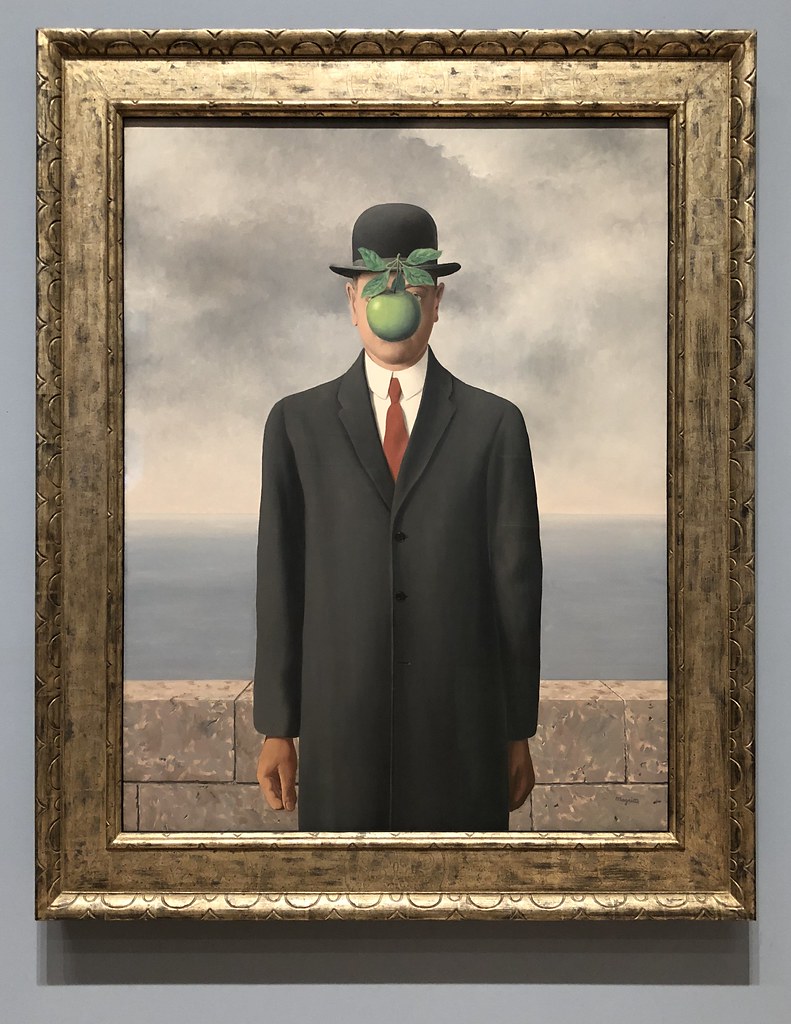 Most Surrealist artists expressed themselves through painting and produced works that exhibit their interest in combining a realistic style with unrealistic subject matter. This paradoxical approach is particularly evident in The Persistence of Memory, one of Salvador Dalí's most well-known “hand-painted dream photographs.” This piece pairs a lifelike landscape and painting style with bizarre iconography, including an organic, anthropomorphic figure, a barren tree, and the now-iconic melting clocks.

This push-and-pull between reality and fantasy is also evident in the oeuvres of René Magritte and Ives Tanguy. The Son of Man, a later painting by Magritte, and Indefinite Divisibility, a piece by Yves Tanguy, illustrate this sentiment and showcase the artists' ability to simultaneously employ a realist style and a surreal approach to subject matter.

Still, some Surrealists did not work in this photograph-like style, as apparent in The Elephant Celebes by Max Ernst and The Harlequin's Carnival by Joan Miró. Though, aesthetically, these pieces bear little in common, both perfectly capture the artists' painterly, almost naive approach to typically Surrealist subject matter. 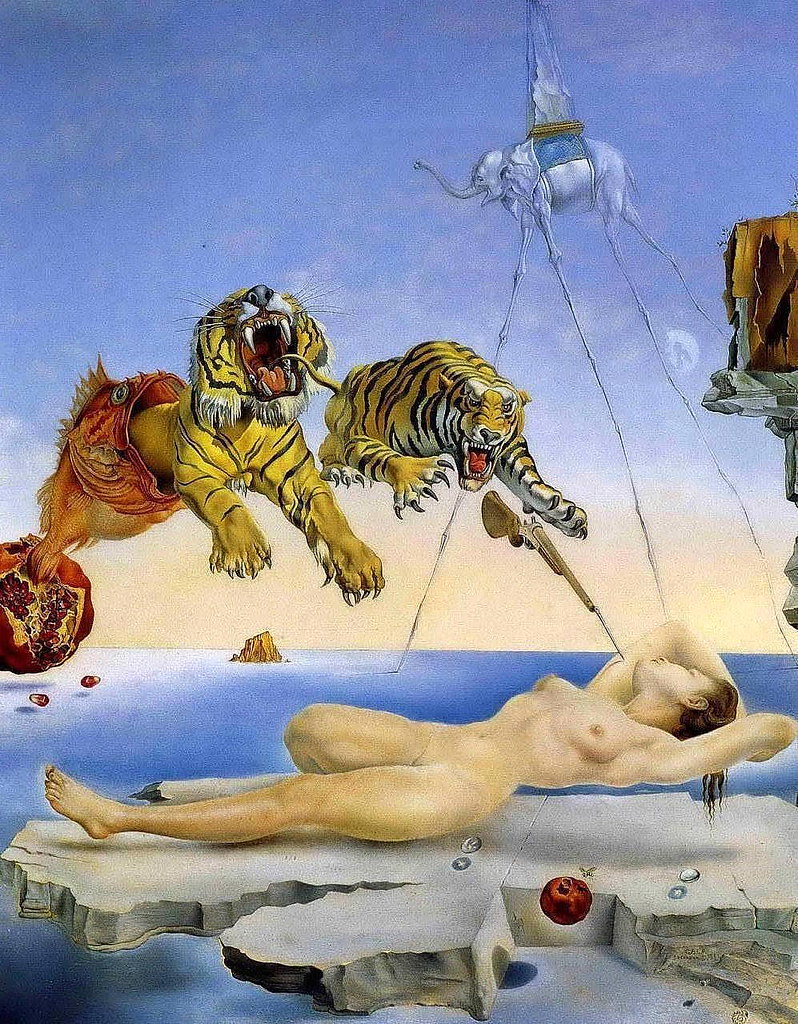 With a career that spanned more than six decades, Salvador Dalí (1904–1989) is undoubtedly one of the most famous artists in the world. Although he explored a variety of mediums during his lifetime, including sculpture, printmaking, fashion, writing, and even filmmaking, Salvador Dalí’s paintings stand out as particularly epochal. In particular, the artist developed his own visual language for depicting his own inner world, dreams, and hallucinations. 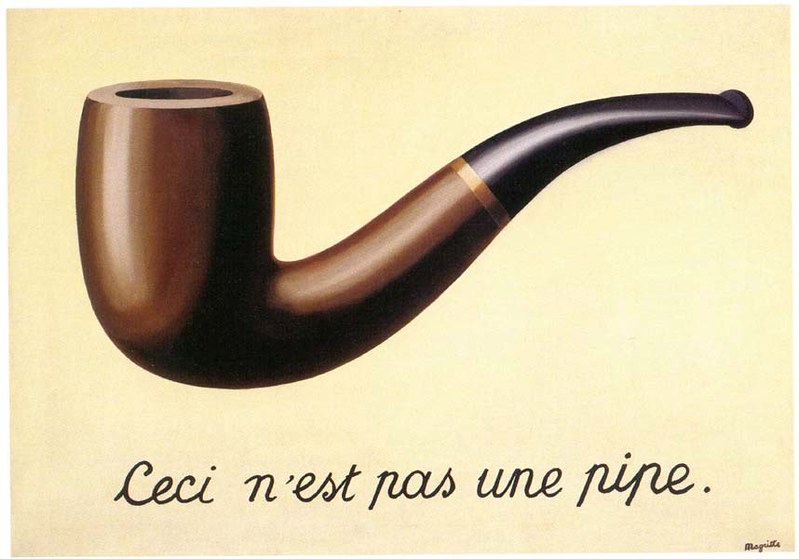 René Magritte (1898–1967) defined his unique artistic style that critics called “Magic realism.” Throughout his long career, he produced paintings that blurred the line between reality and fantasy and invited the viewer to question what they thought they knew. 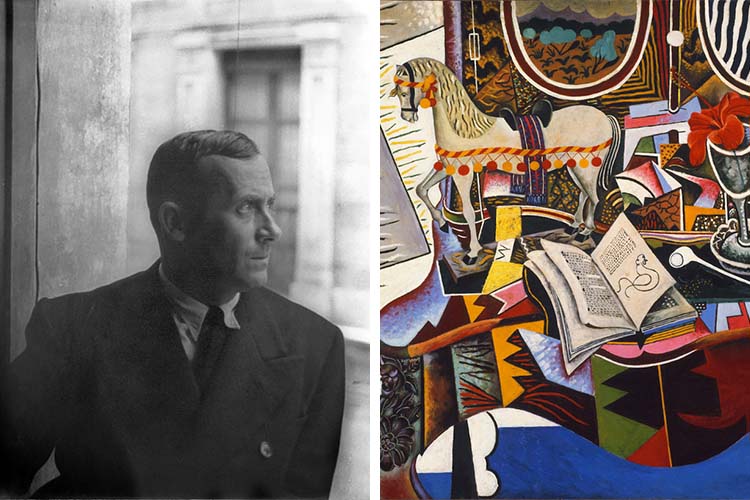 Spanish painter and printmaker Joan Miró is associated with early Surrealism, but he also had an influence on abstract expressionists and color field painters. He developed his own radical style—featuring signature abstract shapes, biomorphic forms, and pure colors—that expressed his own imagination, as well as his childhood memories. 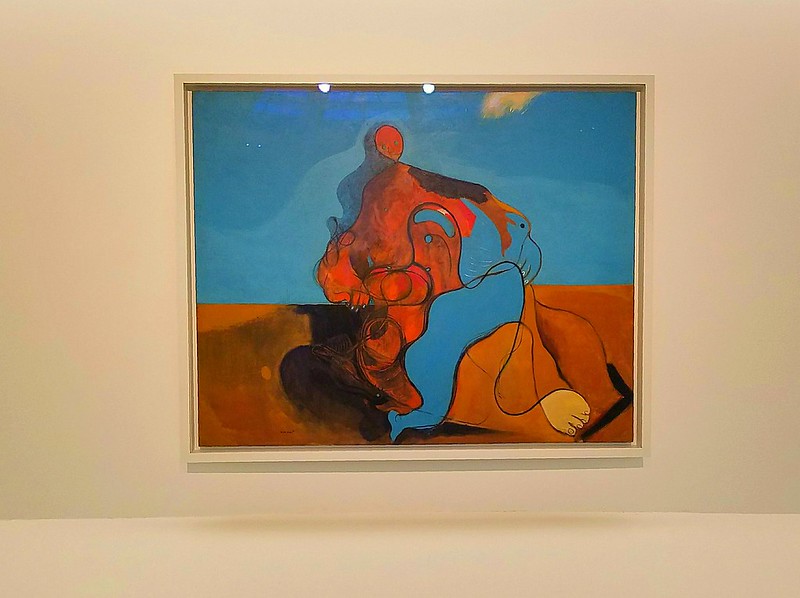 German painter and sculptor Max Ernst (1891–1976) rejected social conventions and traditional art in favor of creating freely from his inner psyche. He was one of the founding members of the Surrealist group in Paris. He explored his childhood traumas and his innate thoughts through painting, drawing, and collages, resulting in strange non-representational works without any clear narrative or meaning. 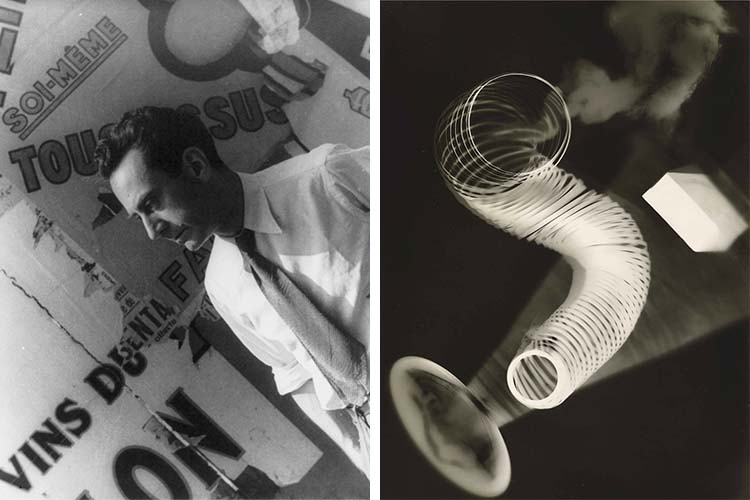 American artist Man Ray (1890–1976) was one of the most prominent artists of both the Dada and the Surrealist art movement. Proficient in many different types of media, he is best known for his experimental photography and paintings. In particular, Ray produced eye-catching and enigmatic photograms, which he called “rayographs” after himself.

The Surrealist movement was a time for experimentation. In addition to painting, many artists began to explore different avenues of art, including sculpture, photography, and film. Among the more prominent figures who dabbled in Surrealist cinema are Marcel Duchamp, Fernand Leger, Luis Buñuel, and Salvador Dalí. While their approaches to filmmaking varied, each one expressed an interest in bringing their dream-inspired imagery, absurd concepts, and modernist mindsets to the silver screen. 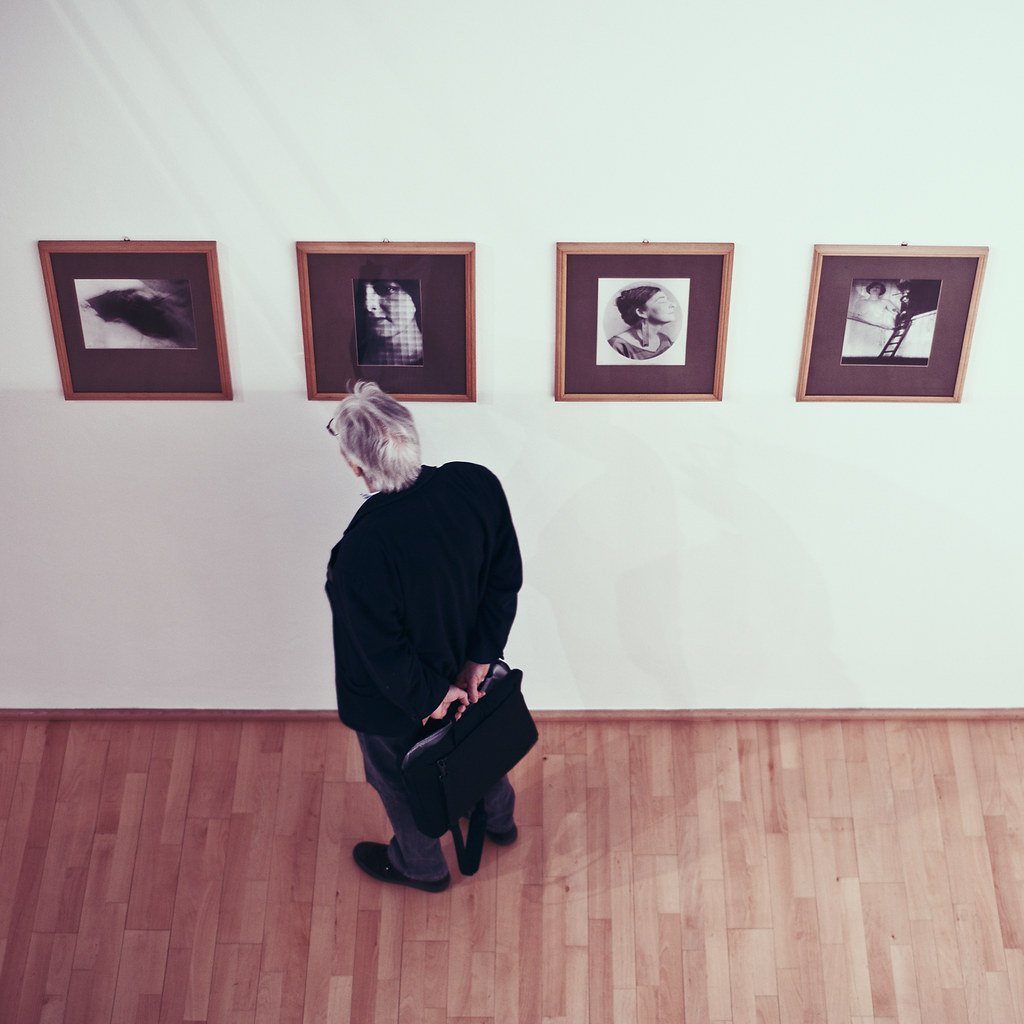 Today, Surrealism is seen as one of the 20th century's most influential movements. In addition to introducing the public to the unconventional side of art, Surrealist pioneers proved that the ability to be an artist transcended traditional fine art forms. “Attractive to writers, artists, photographers, and filmmakers from around the world who shared this aggressive rejection of conventional artistic and moral values, surrealism quickly became an international movement,” the Tate explains. “It exerted enormous impact on the cultural life of many countries in the interwar years and later.”

This influence is evident in contemporary art. Today, many creatives continue to keep the Surrealist tradition alive through their dreamy depictions. Like the artists that inspire them, many of them produce works of art rooted in the subconscious, ensuring that the Surrealist legacy lives on no matter the medium. 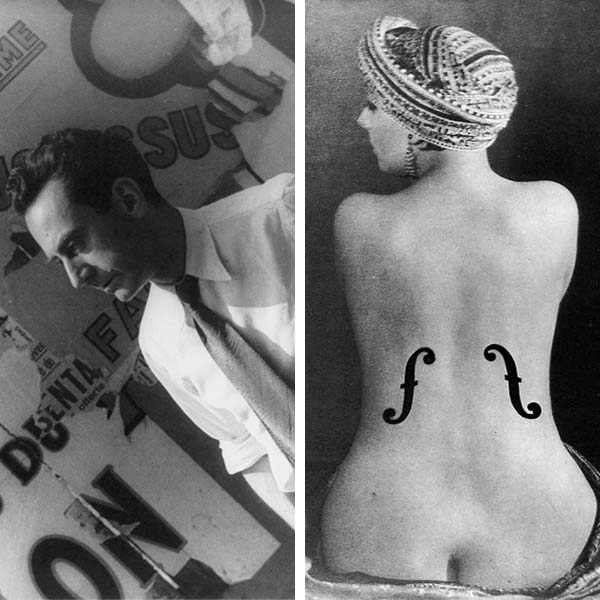