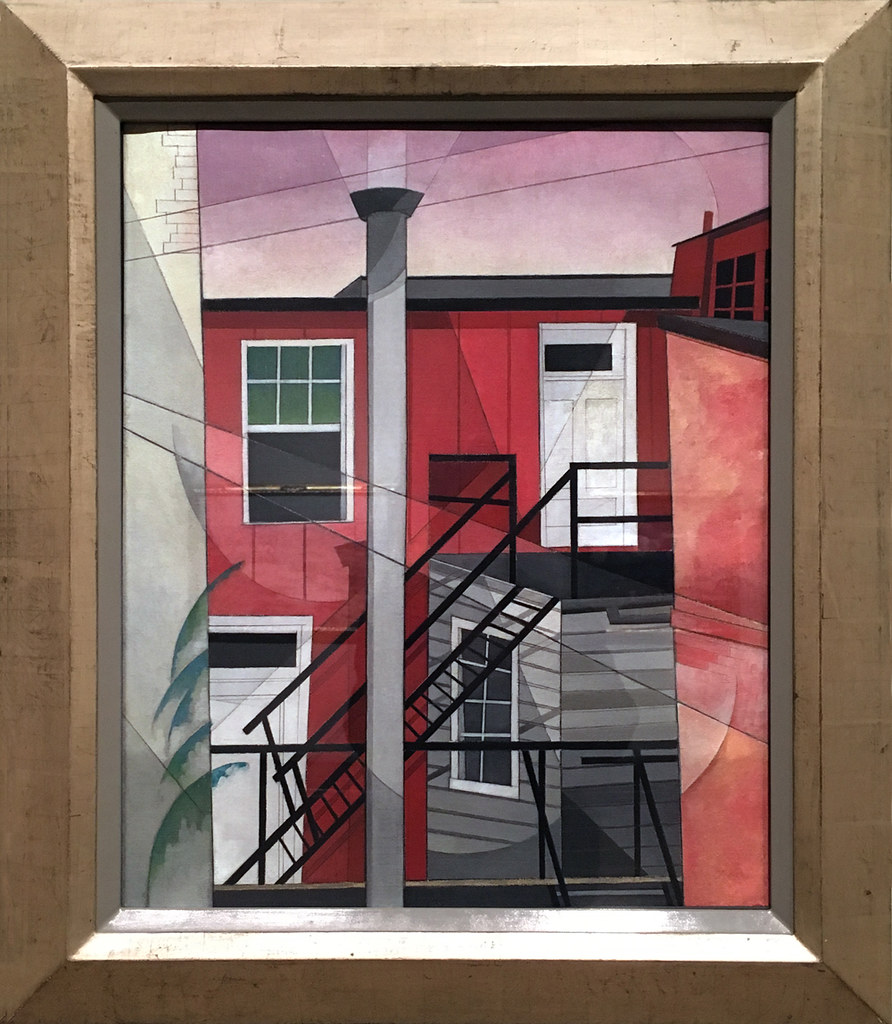 In the 1920s, forward-thinking artists began looking to the glitz and grit of industry for inspiration. This fascination with new technologies was particularly prevalent in the United States, where artists adapted international movements driven by industrialization, like Art Deco and Mexican Muralism. In addition to these borrowed practices, however, some artists worked in a style that was all-American: Precisionism.

Though influenced by European sensibilities, Precisionism is indigenous to the United States. In fact, it is even credited as the country's first modernist movement—a role that underscores the importance of this underrated movement. 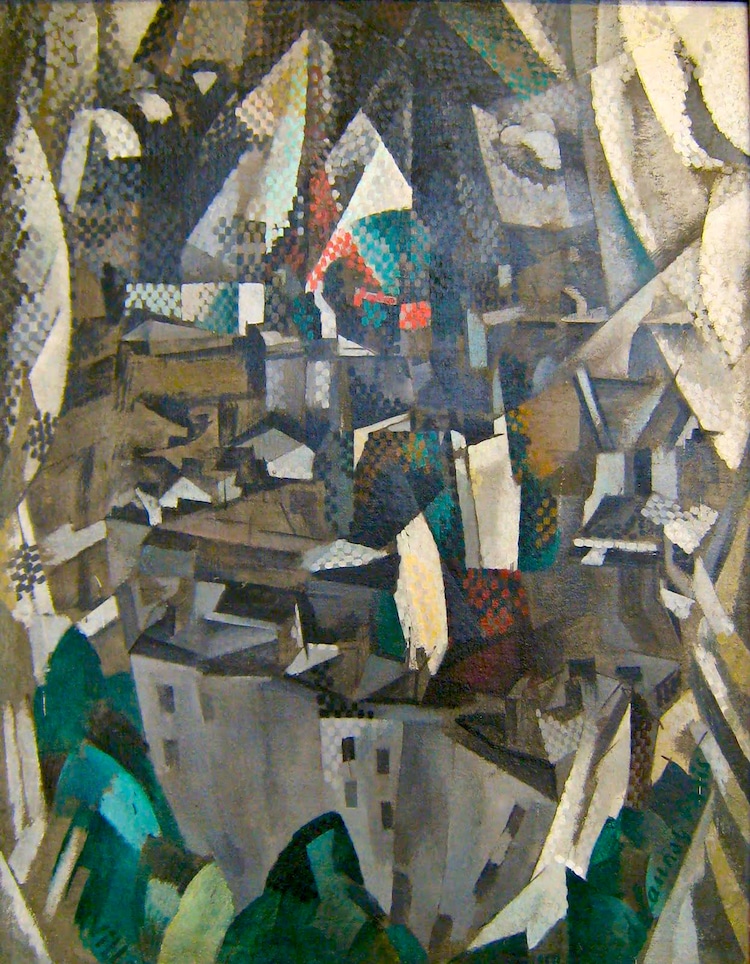 Precisionism marked the United States' first foray into a homegrown style of modernism. However, it was heavily shaped by two European movements: Cubism and Futurism.

Pioneered by Pablo Picasso and Georges Braque, Cubism made its debut in 1907. This style is characterized by deconstructed, fractured compositions that allow singular subjects to be seen from multiple angles simultaneously. Precisionists adapted this simplified approach to form. Rather than fracturing their compositions, however, they appropriated Cubism's skewed perspectives, sharp angles, and abstracted forms.

Futurism emerged in Italy in the early 20th century. Led by art theorist Filippo Tommaso Marinetti, Futurists strived to capture speed, dynamism, and movement in their work. To achieve this, Futurist artists often looked to modern technology for artistic inspiration—a move that paved the way for the like-minded Precisionists. 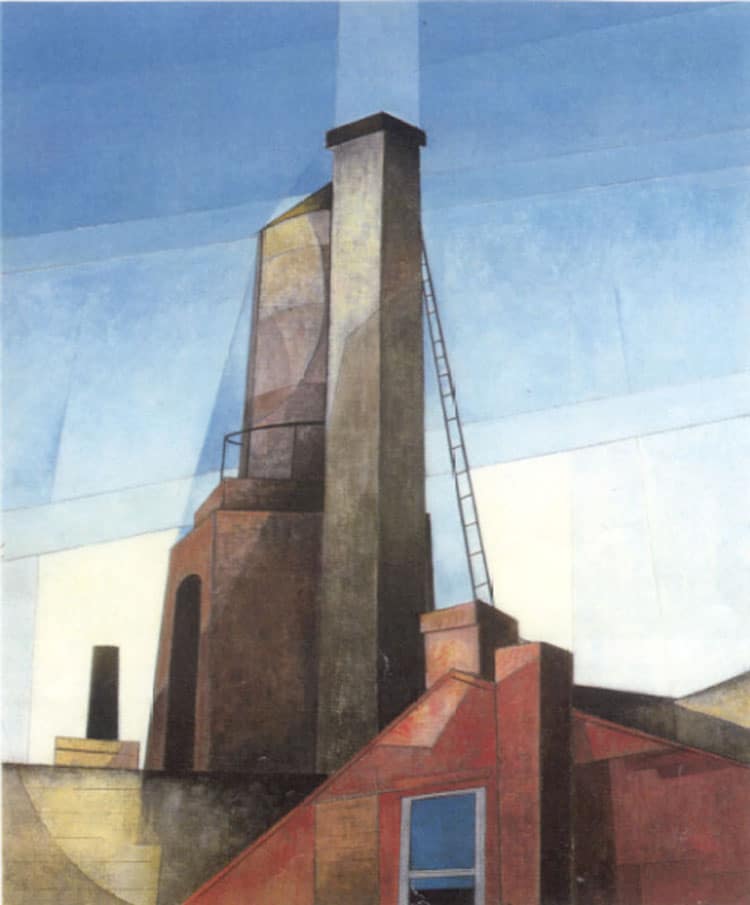 By 1920, both Cubism and Futurism were well-established around the world. Though the movements were no longer at their peaks, the Precisionists—a title coined by Alfred H. Barr Jr., MoMA’s first director, in 1927—quickly kickstarted their legacy.

While these artists—including Charles Sheeler, Charles Demuth, Georgia O'Keeffe, Stuart Davis, and other avant-garde American figures—never formally banded together, they crafted an unofficial movement driven by a shared interest in industrial iconography and a style concerned with “precise” lines and forms.

Towering skyscrapers, urban factories, and modern machinery are among the industrial concepts explored by the Precisionists. Often, these subjects were abstracted, culminating in simplified compositions rendered in minimal detail and geometric forms.

I Saw the Figure 5 in Gold by Charles Demuth, for example, depicts a firetruck speeding through the streets as a cluster of red shapes and converging parallel lines overlaid with a series of sleek, gold numbers. 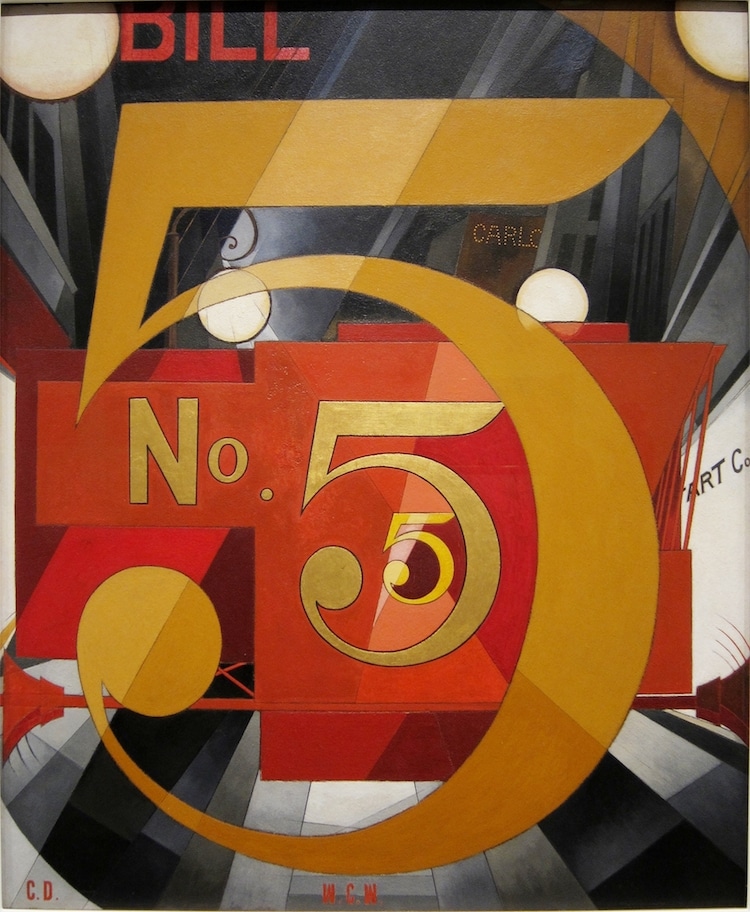 Some Precisionist artists, however, deviated from this aesthetic to produce more straightforward representations of their industrial subjects. Charles Sheeler often worked in this style, as evident in Conversation—Sky and Earth, a realistic depiction of the Hoover Dam. Painted from a photograph, this piece demonstrates Sheeler's attention to crisp detail and his ability to transform seemingly mundane objects into transcendent subjects worth painting—and even worshipping.

“Every age manifests itself by some external evidence,” he explained. “In a period such as ours when only a comparatively few individuals seem to be given to religion, some form other than the Gothic cathedral must be found. Industry concerns the greatest numbers—it may be true, as has been said, that our factories are our substitute for religious expression.” 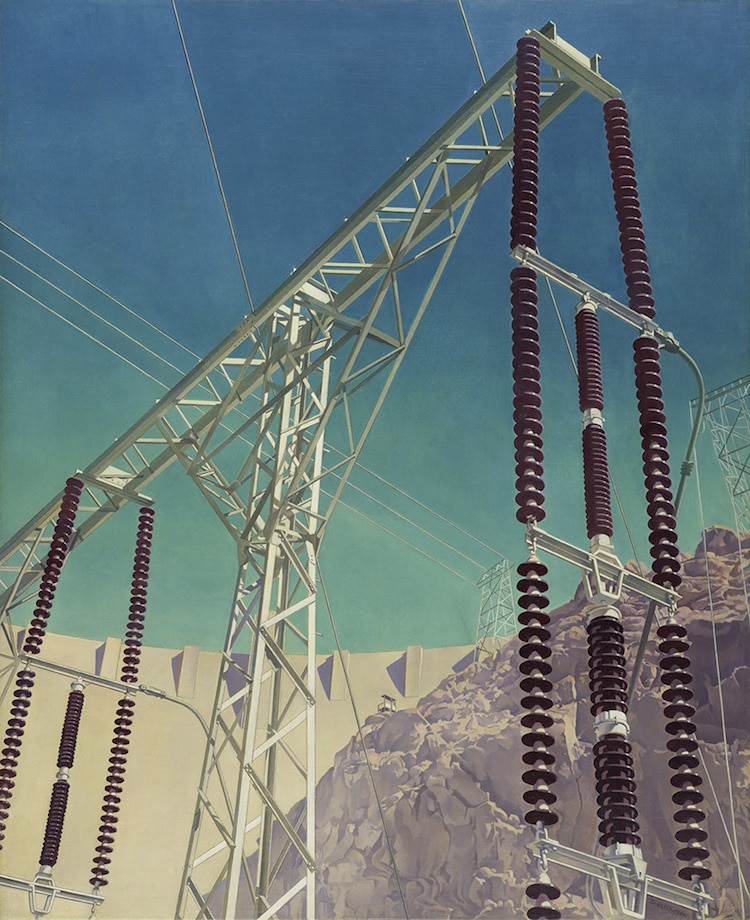 This artistic approach was heavily influenced by contemporary photography—namely the groundbreaking work of Alfred Stieglitz, Georgia O'Keeffe's husband, and Paul Strand, who helped elevate documentary-style photography to an art form. Specifically, the artists found inspiration in Stieglitz's expert use of cropping and Strand's approach to choosing subject matter. “The artist's world is limitless,” he said. “It can be found anywhere, far from where he lives or a few feet away. It is always on his doorstep.” 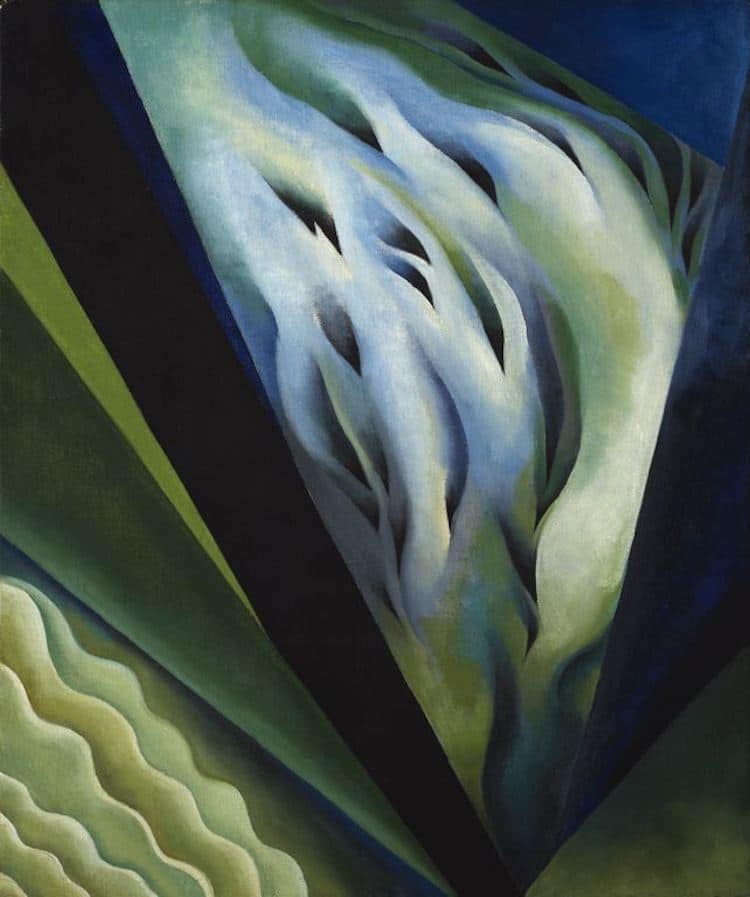 Precisionism remained popular until the 1940s, when the realities of World War II forced the American public to consider the downsides of technology. While Demuth, Sheeler, and a few other artists retained the Precisionist mindset for the bulk of their careers, others, like Georgia O'Keeffe, adapted their approach and adopted new subject matter.

Although Precisionism's popularity fizzled, its influence can be found in succeeding movements. With a focus on accessibility, Pop art championed Precisionism's interest in everyday scenery; Abstract Expressionism built upon its simplified approach to subject matter; and Minimalism took the movement's focus on industry literally, culminating in works crafted from concrete and steel.

Though Precisionism is largely overshadowed by these movements, their very existence proves its importance—and, ultimately, keep its legacy alive.