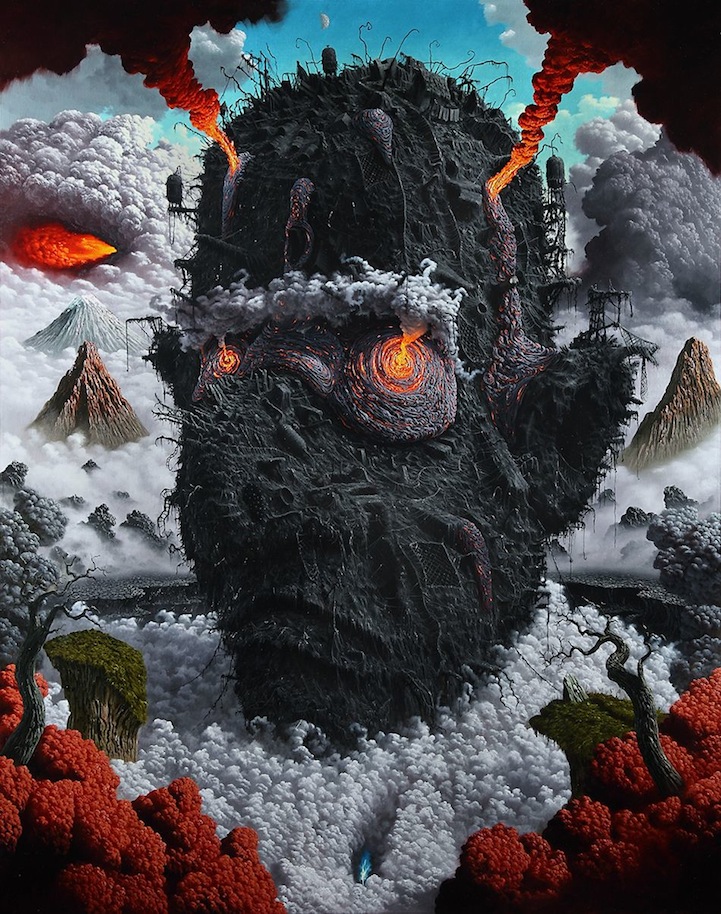 Enter, if you dare, the dark and mysterious world of Fulvio di Piazza. The Sicilian artist creates fiery volcanic surreal scenes that look like they belong in a Tim Burton movie. Piazza's work is inspired by the 1980 book Entropy, written by Jeremy Rifkin, in which he associates thermodynamic activity with sociological patterns of economic and environmental decline.

According to his press release, he “also points out the interesting dichotomy of ash, being the remains of matter consumed by fire as well as the beginning for a new cycle of matter. This interpretation signifies the potential for renewal beyond the end of days. Once this world has burned, perhaps the proverbial phoenix will rise.”

If you're in New York City, you can catch his solo show, Ashes to Ashes, at Jonathan LeVine Gallery through July 28, 2012. 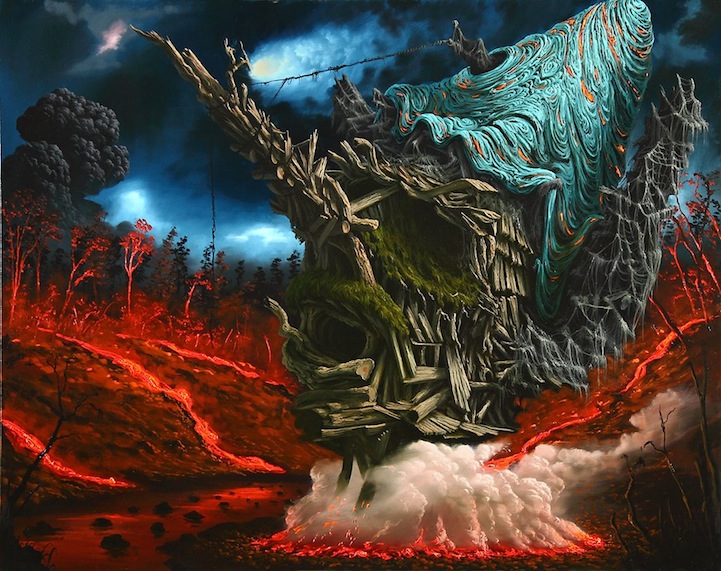 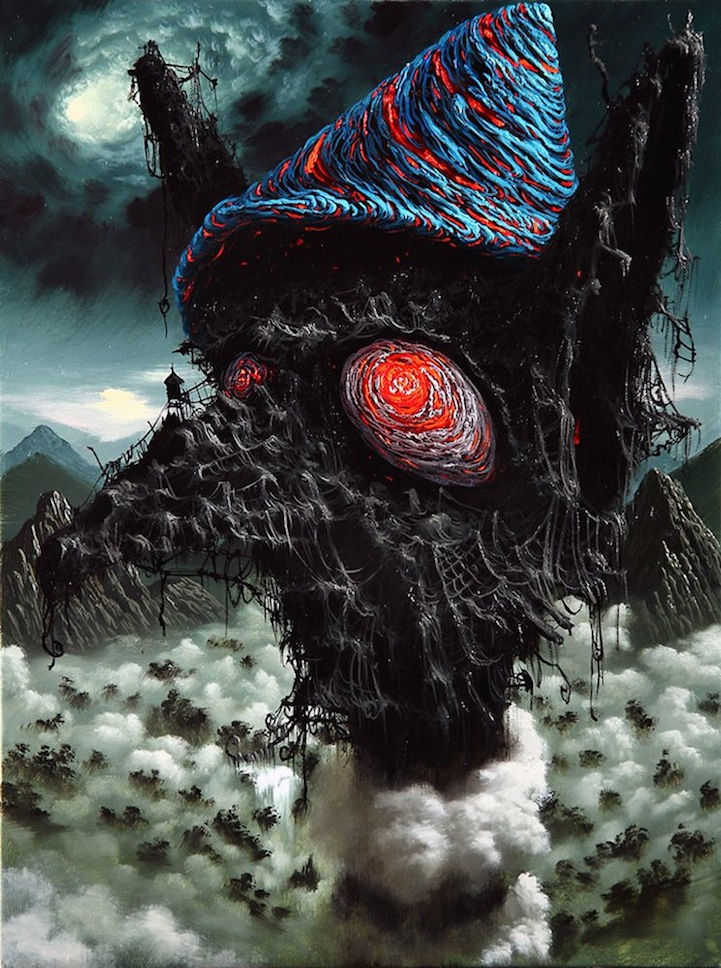 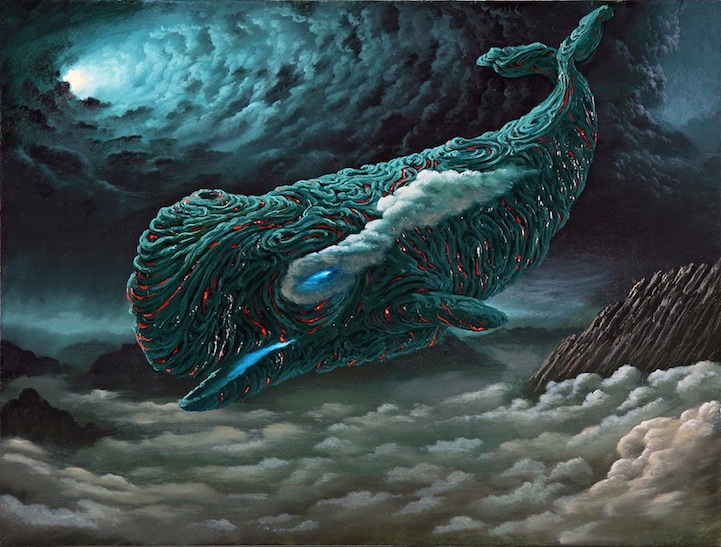 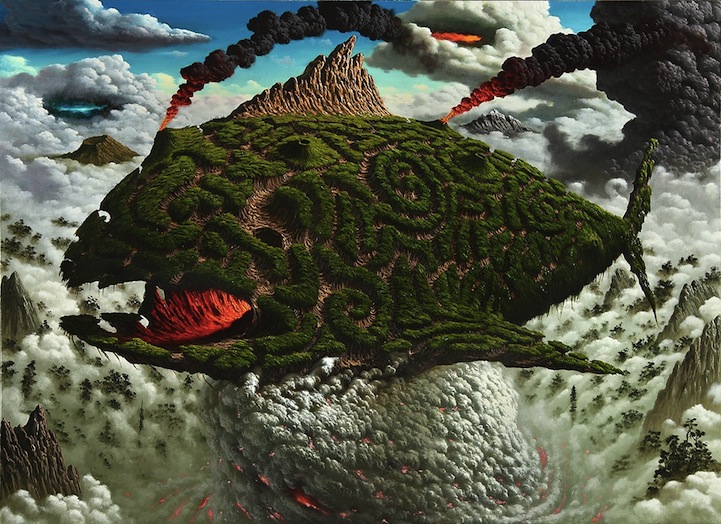 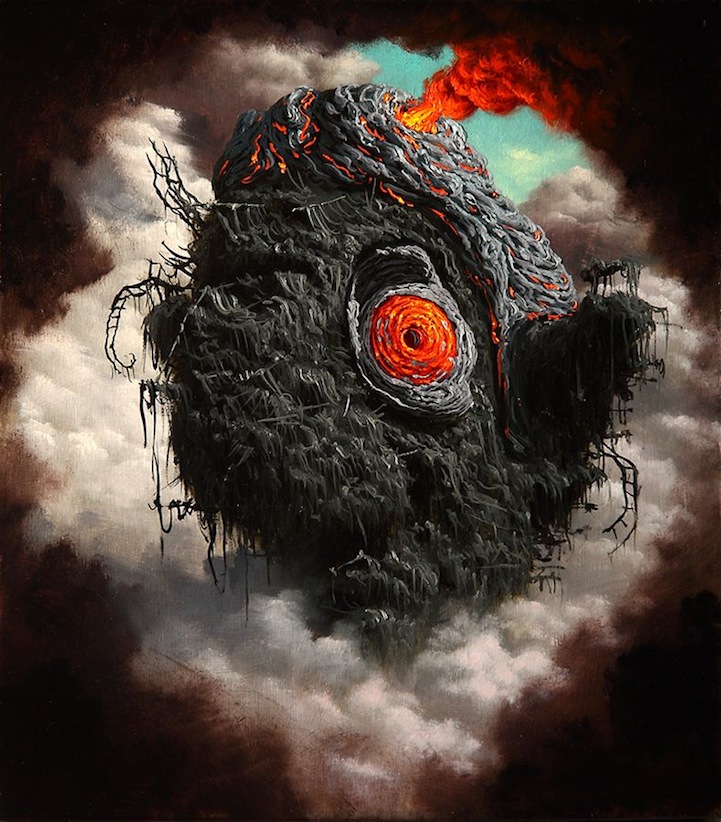 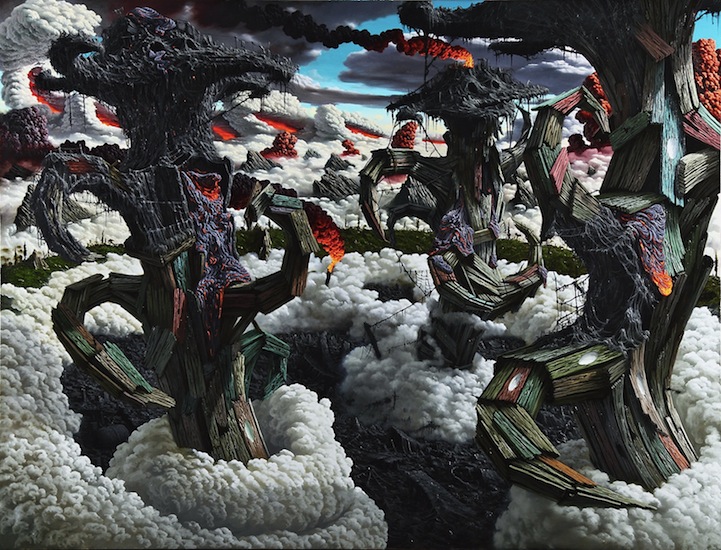