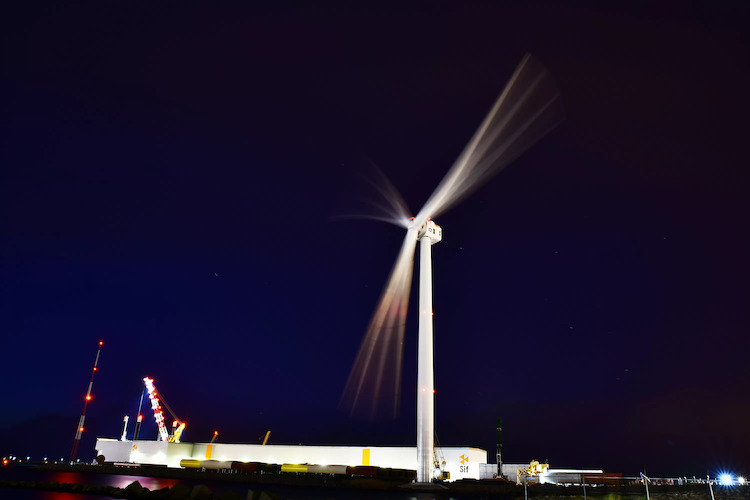 General Electric, or GE, is almost ready to begin the distribution of Haliade-X—the most powerful offshore wind turbine in the world. It is also the most efficient ocean-based design, which will help mitigate cost that often makes offshore wind power a difficult sell. The turbine includes either a 14 MW, 13 MW, or 12 MW capacity (measured in megawatts), a 722′ rotor (220 meters), and a 351′ blade (107 meters). Aside from these fabricated elements, digital capabilities help manage the turbines by allowing them to run diagnostics and monitor the production without needing to go out into the water. But just how much better is the actual performance of the Haliade-X than other wind turbines?

The capacity factor of a wind turbine is an important metric of its performance. It is the relationship between the average amount of energy produced and the maximum amount of energy the turbine is capable of generating. This is usually measured by the values of these factors over the course of a year. Haliade-X’s capacity factor has been calculated at 60–64% percent, well above industry standard. 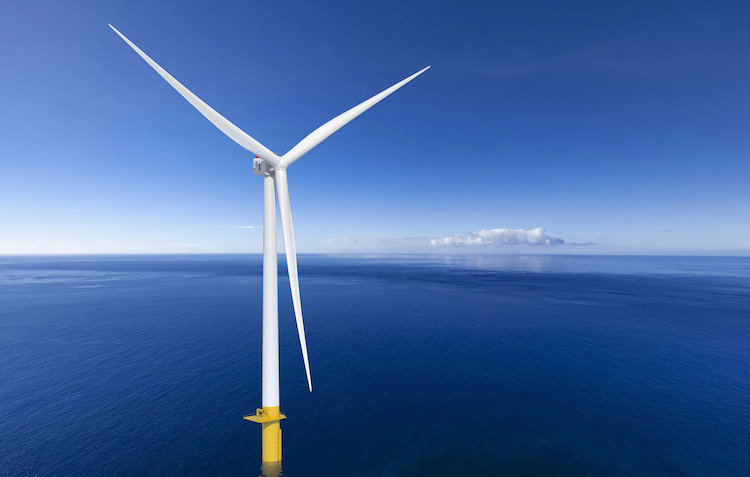 GE explains that each point of improvement in capacity factor means approximately $7 million for their customers over the wind farm’s life. The higher capacity factor translates into the ability to generate power even from when wind speed is low—addressing yet another concern about offshore wind production. Just one Haliade-X 14 MW turbine can produce up to 74 GWh of energy annually. This would save approximately 52,000 metric tons of CO2—about the same as emissions from 11,000 vehicles over the course of a year. GE even claims that “a single rotation of the turbine could generate enough power for one UK household for two days.”

A Haliade-X 12 MW prototype was built at Rotterdam Port in the Netherlands. Other images included are of the first built pieces of the offshore wind turbine in Saint-Nazaire, France where the company’s production site is located. Now, GE is working on Type Certification that will allow the company to start shipping these units and officially get their new technology on the market.

Though offshore wind power has been steadily growing in popularity over the last 10 years, it still only accounts for about 1% of the world’s energy. This incredible leap in wind generation technology is an important step for increasing offshore wind farms and expanding usage of this renewable energy. First units of GE’s Haliade-X will be shipped to customers in 2021. 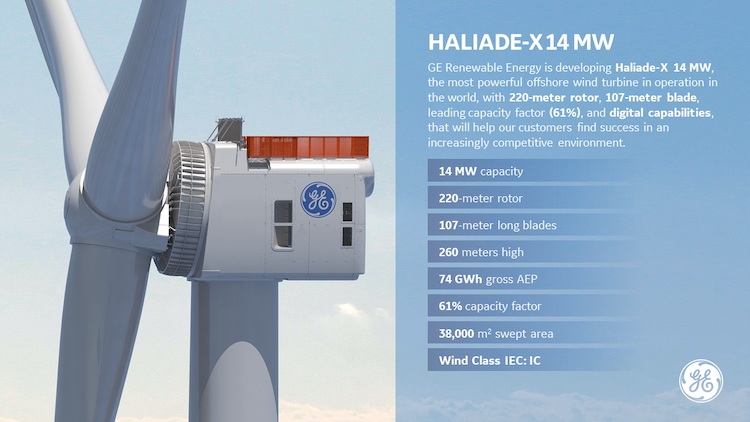 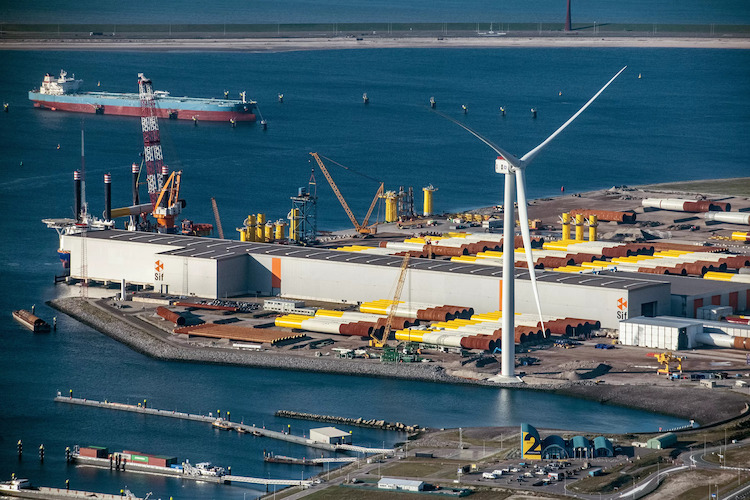 Just one Haliade-X 14 MW would save approximately 52,000 metric tons of CO2—about the same as emissions from 11,000 vehicles over the course of a year. 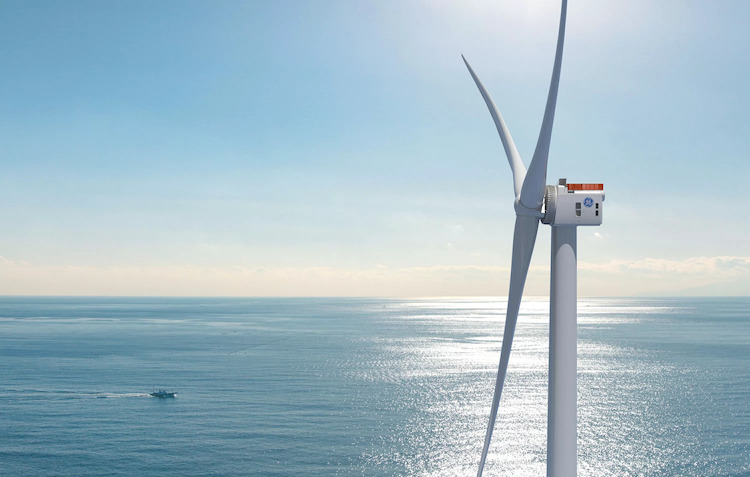 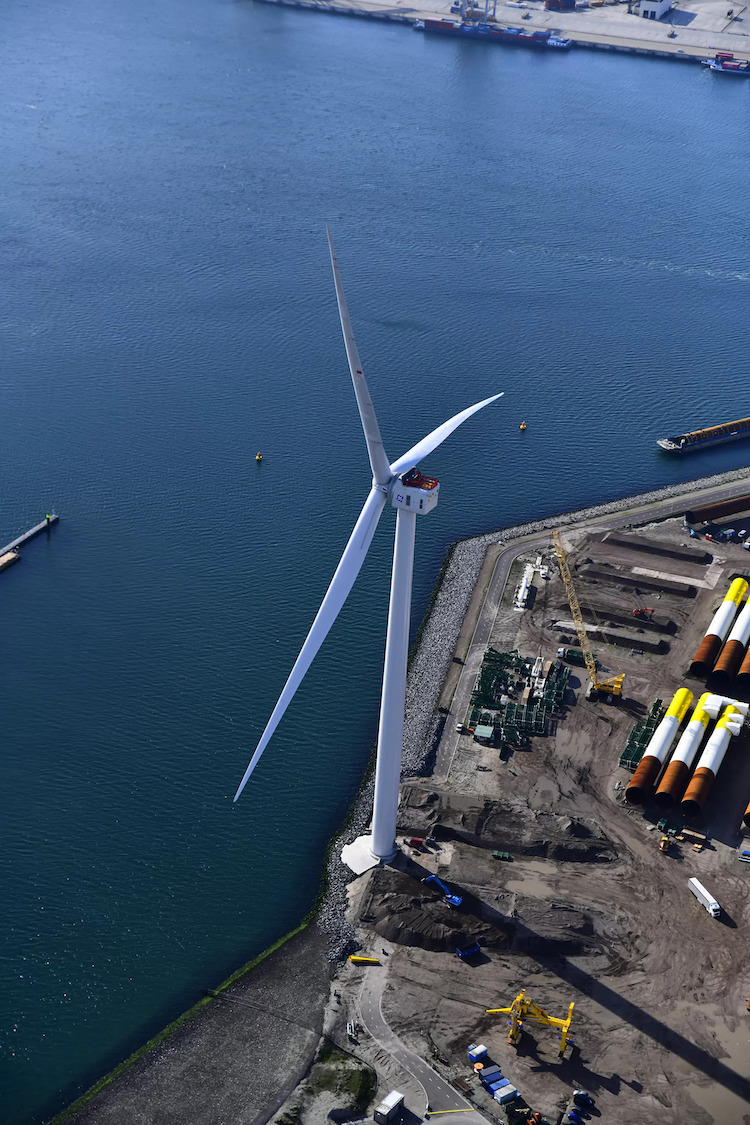 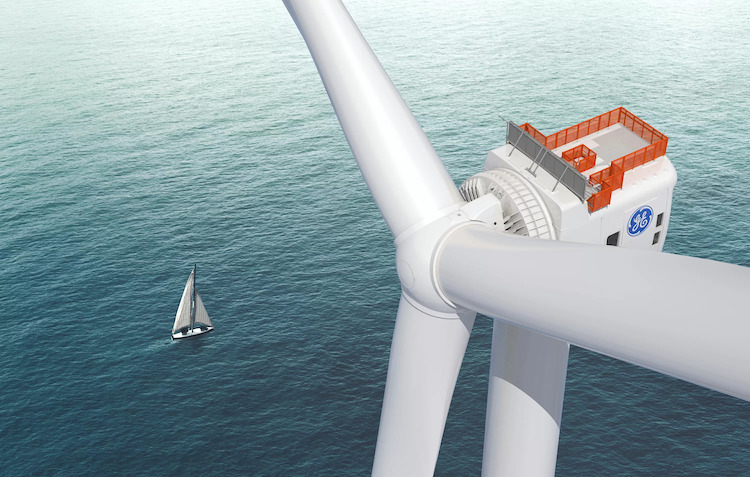 All images via GE.