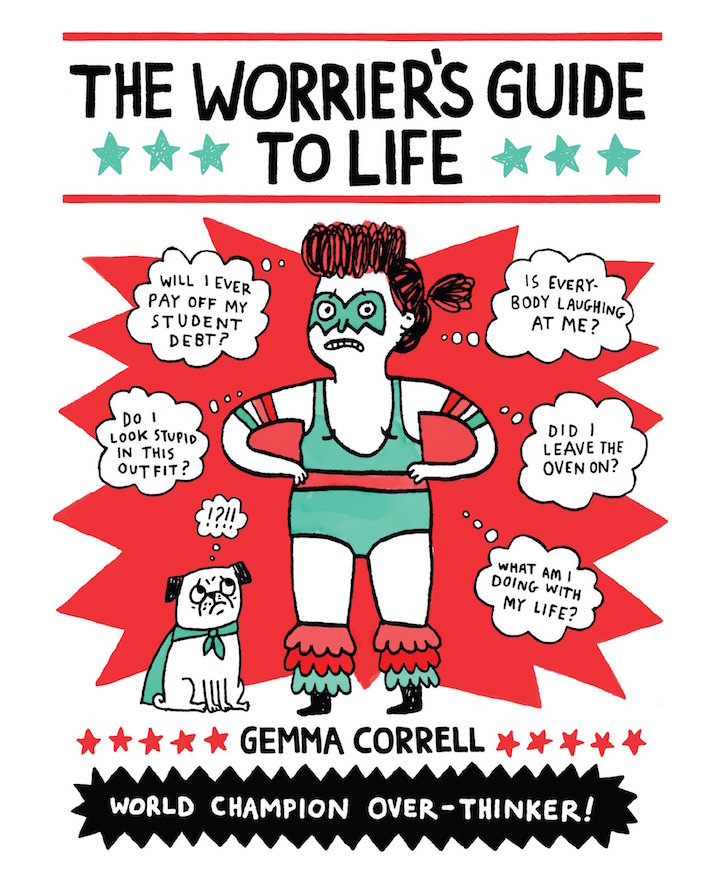 British illustrator Gemma Correll combines art and humor to cope with the depression and anxiety disorder she's dealt with throughout her life. Globally, 1 out of every 13 people are affected by anxiety (the most common form of mental illness) and depression impacts an estimated 350 million people–so the artist definitely isn't alone in her struggles. That's why she began to create comical illustrations, paving the way for others to start conversations about mental health. “The illustrations were all inspired by my own anxieties and neuroticism. I suffer from clinical anxiety and depression and I find that the best way to deal with it is to find humor in it,” Correll told Mashable. “I honestly think that humor can be a savior at times of distress or, if you just live with a constant level of anxiety and depression like I do.”

Through her artwork, Correll hopes to tackle the stigmas that have attached themselves to mental illnesses such as anxiety and depression. Mainly, she wants people to freely discuss the mental issues that affect their lives and decisions on a daily basis. “I think that it's a lot more prevalent than people realize,” Correll states. “I know that I would have felt a little better as an anxiety-ridden teenager if I knew that I wasn't completely alone in my fears.” Luckily, the artist's illustrations fill this gap by showing those with anxiety and depression that they aren't as isolated as they feel. Moreover, Correll's work demonstrates that our darkest moments can be transformed into something as positive as her comical illustrations. 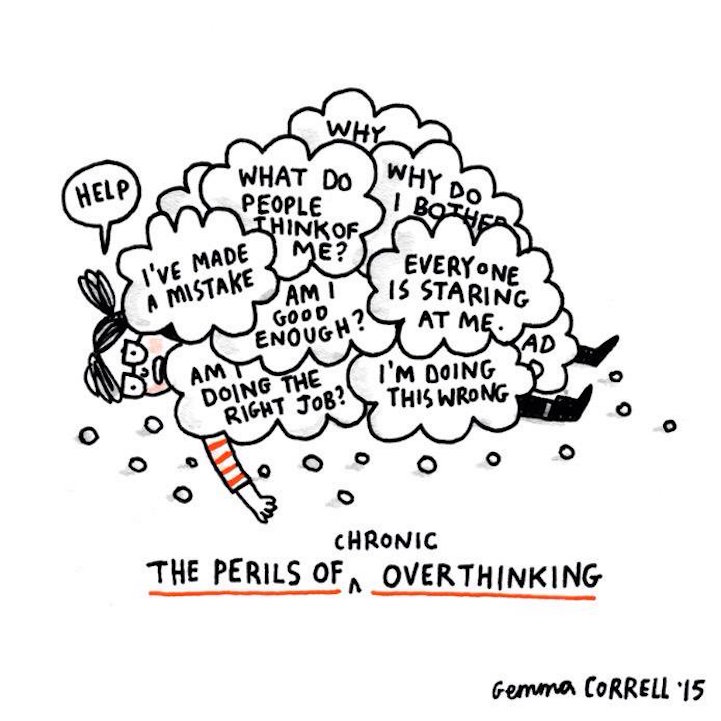 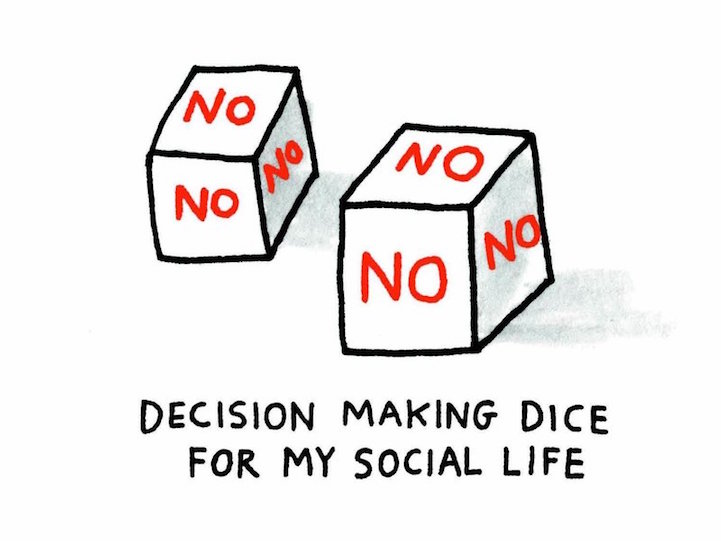 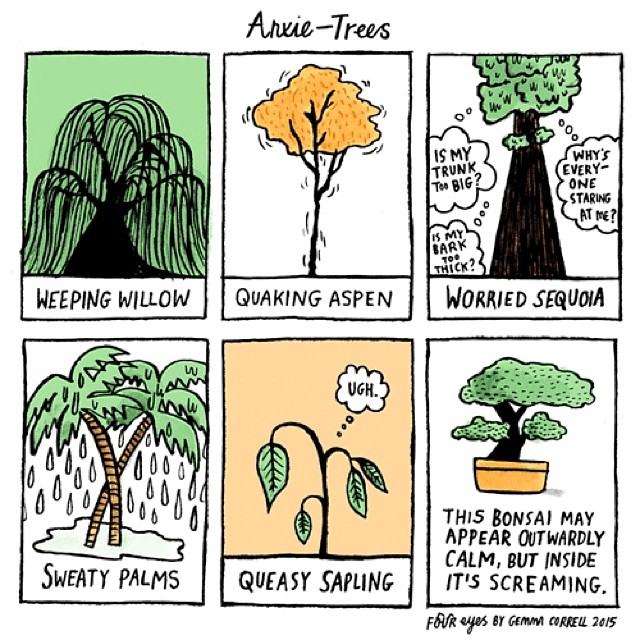 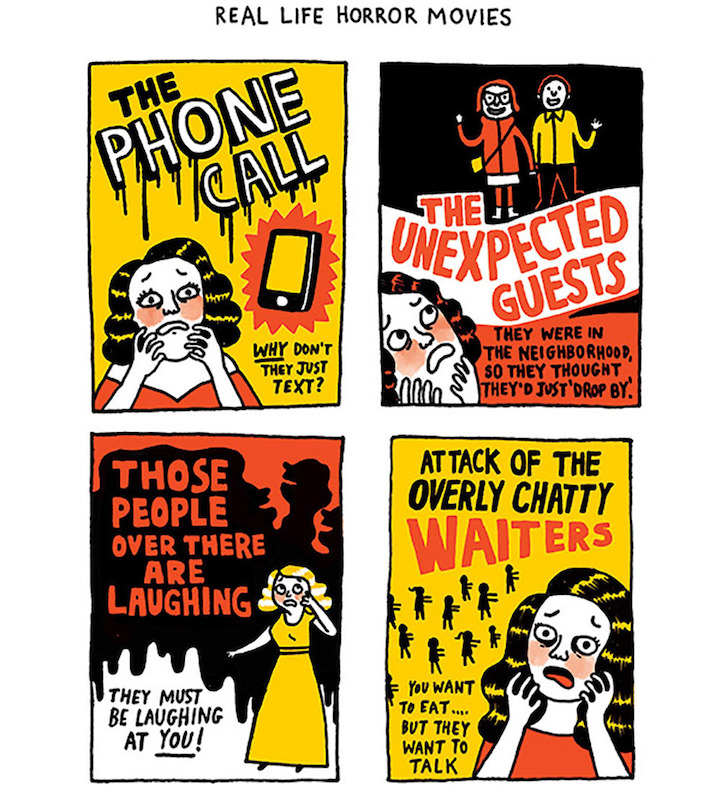 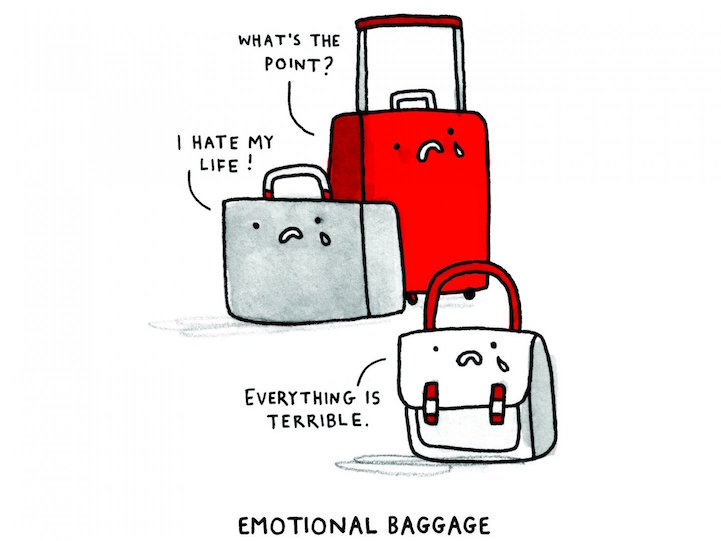 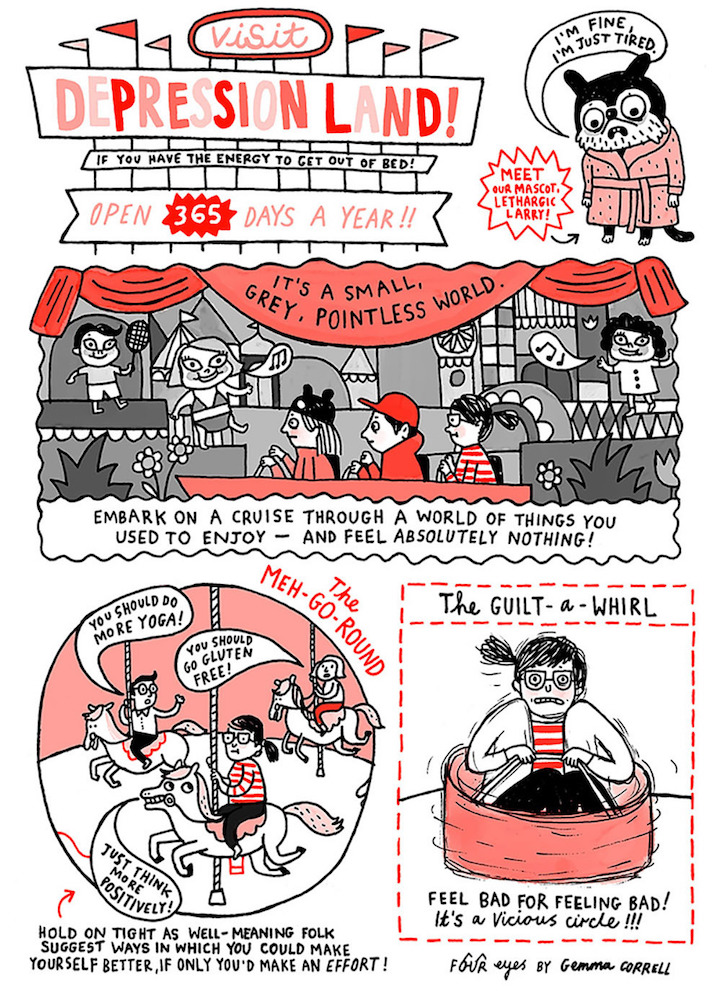 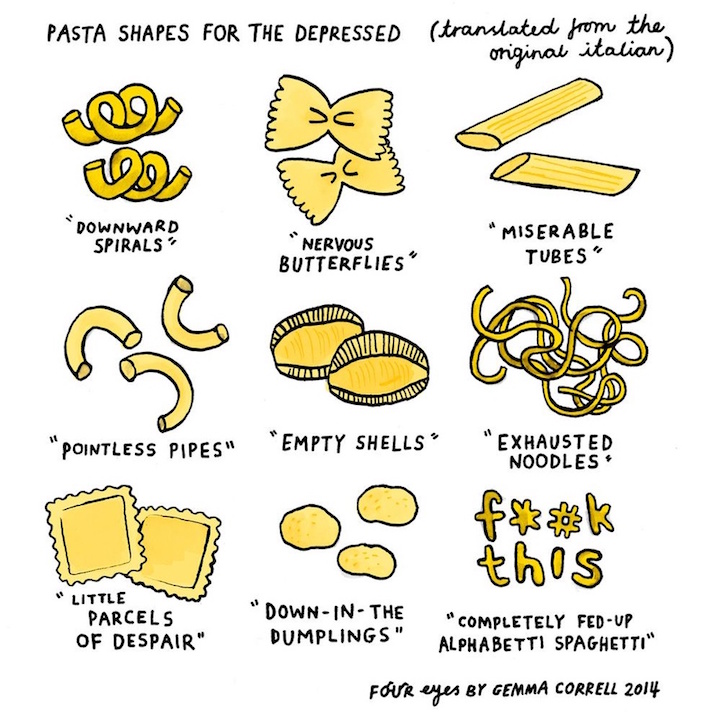 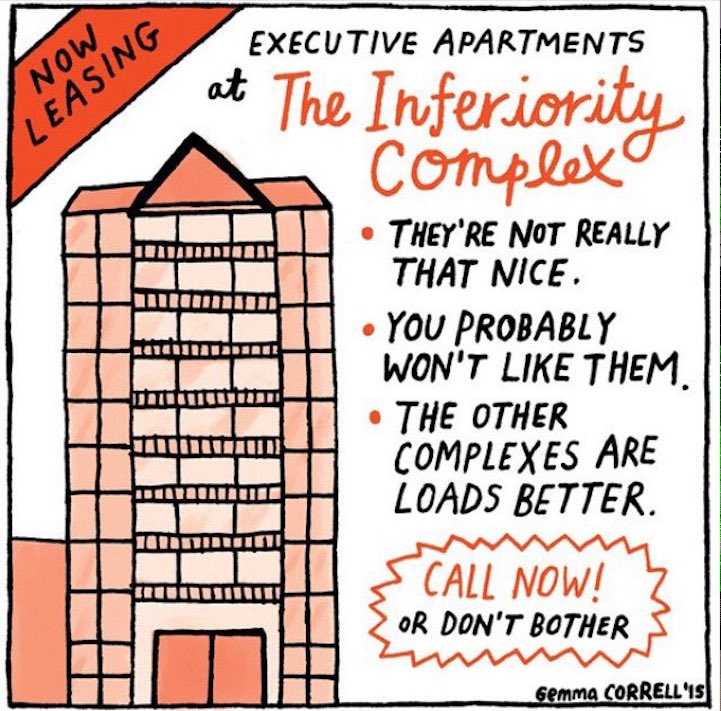 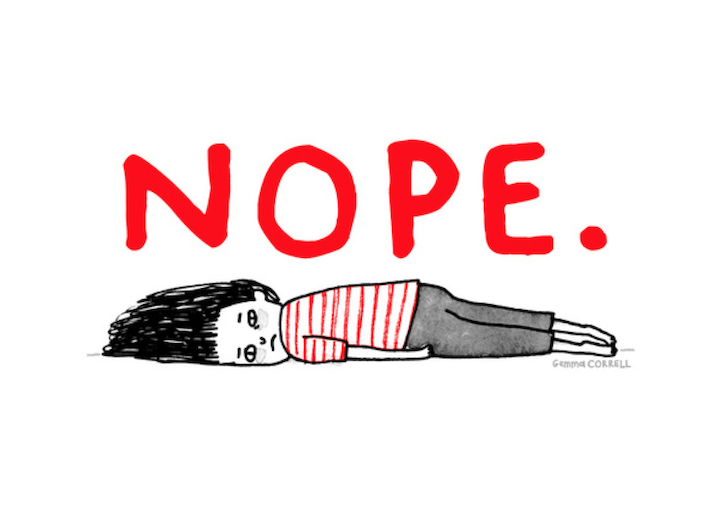 All images via Gemma Correll.