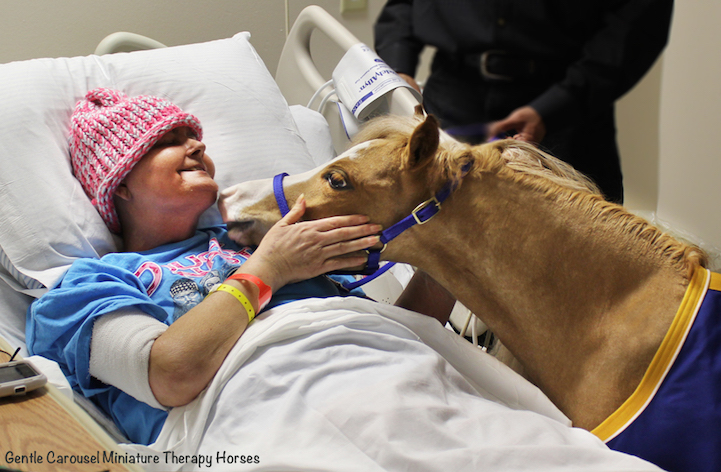 Animals can offer a powerful form of therapy for those who have suffered a traumatic experience. Dogs are common companions, but there's also a lesser-known creature who makes a big impact–miniature horses. They're tiny equines at just two-and-a-half feet tall, and they're known for having a calm demeanor. Gentle Carousel Miniature Therapy Horses is a non-profit organization who works with 25 of these adorable animals, and over the past 20 years, they've helped thousands of people, including: survivors of the Sandy Hook shooting, victims of the 2013 Oklahoma tornadoes, as well as those in nursing homes and hospices.

The creatures' small stature is a big part of their charm and ultimate success in providing therapy to those in need of a pick-me-up. “While a large horse can be intimidating to a small child or a fragile senior, the miniature horses were easier for them to trust and befriend,” Debbie Garcia-Bengochea, co-founder of Gentle Carousel, told The Huffington Post.

One of the organization's stars is named Magic, an all-black horse with a white spot on its snout. She was recognized by Time magazine as one of the top 10 heroic animals in history. Their reason for including her on the list stems from the instant, powerful connection people have felt with the horse. In one heartwarming instance, Magic was visiting a patient living in an assisted-living facility who hadn't spoken to anyone during her three years there. As soon as the woman saw Magic, however, that all changed. Without missing a beat, she said, “Isn't she beautiful?” This moment was deeply affecting for all involved, and the activities director was so surprised to hear the woman speak that she began to cry.

Gentle Carousel is headquartered in Florida, but has expanded across the world. They have bases in New York, California, and Greece, where each is run entirely by volunteers. 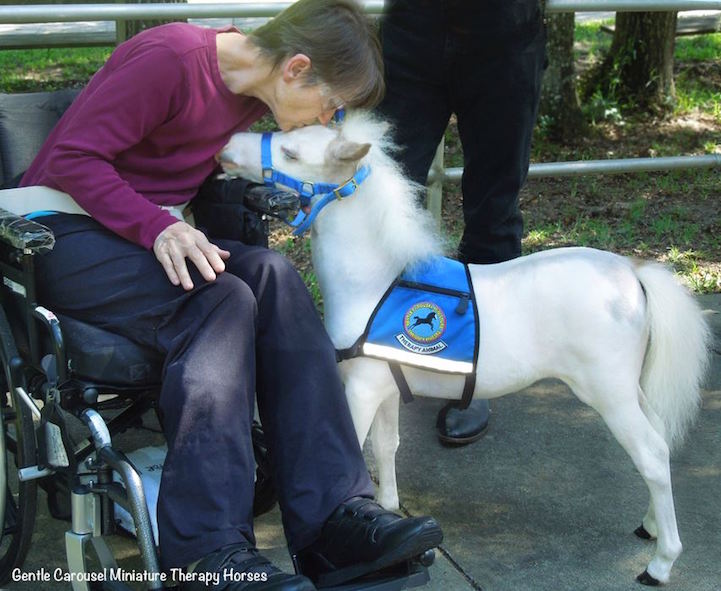 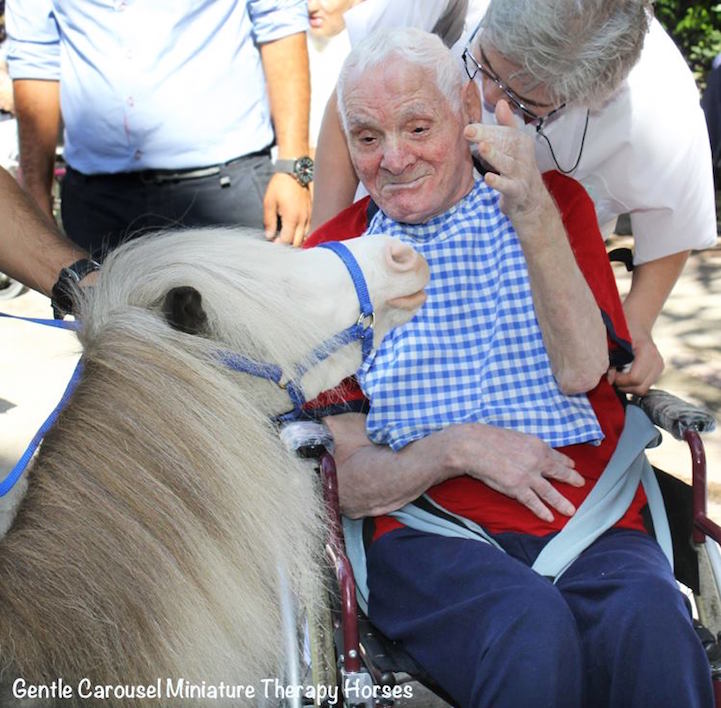 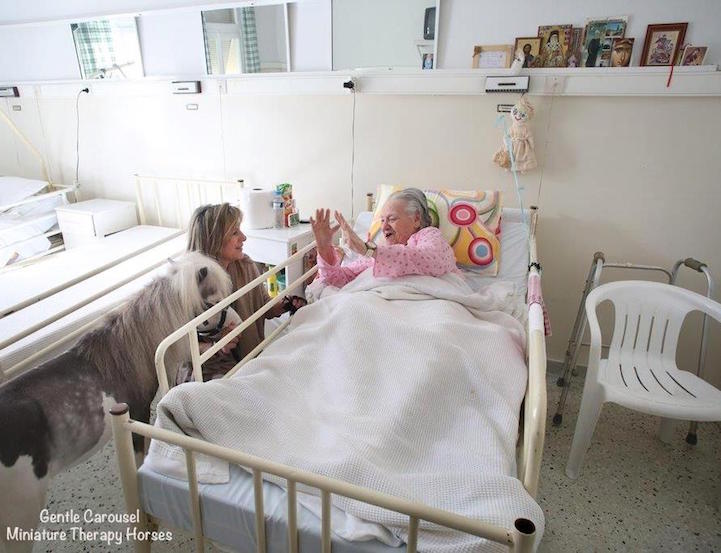 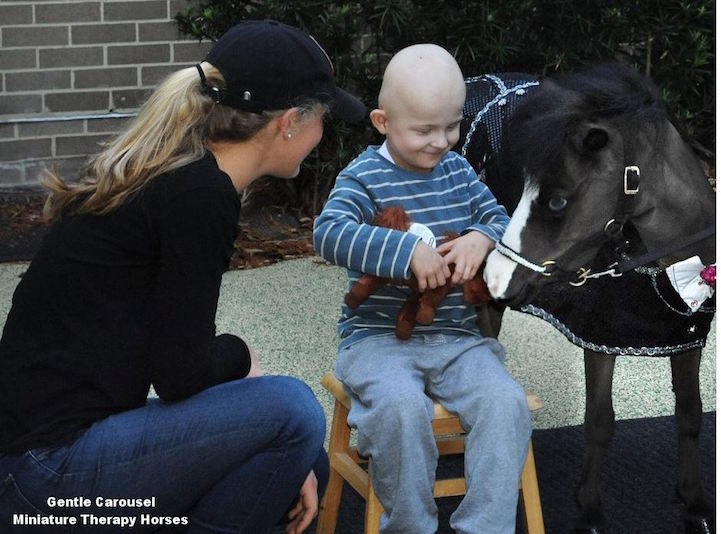 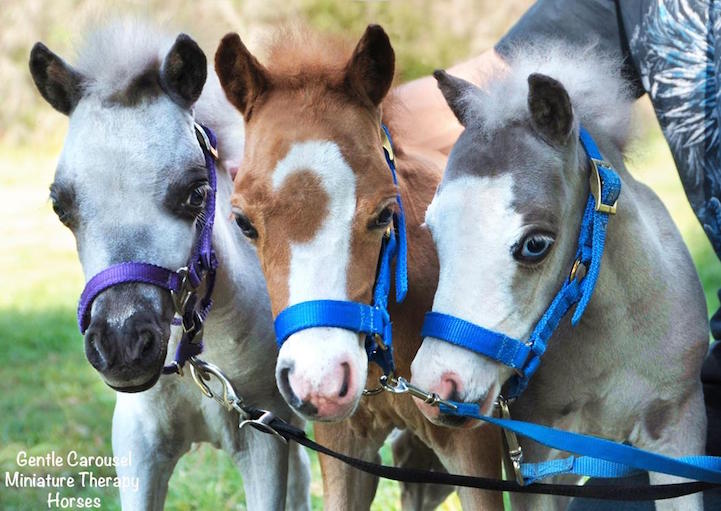 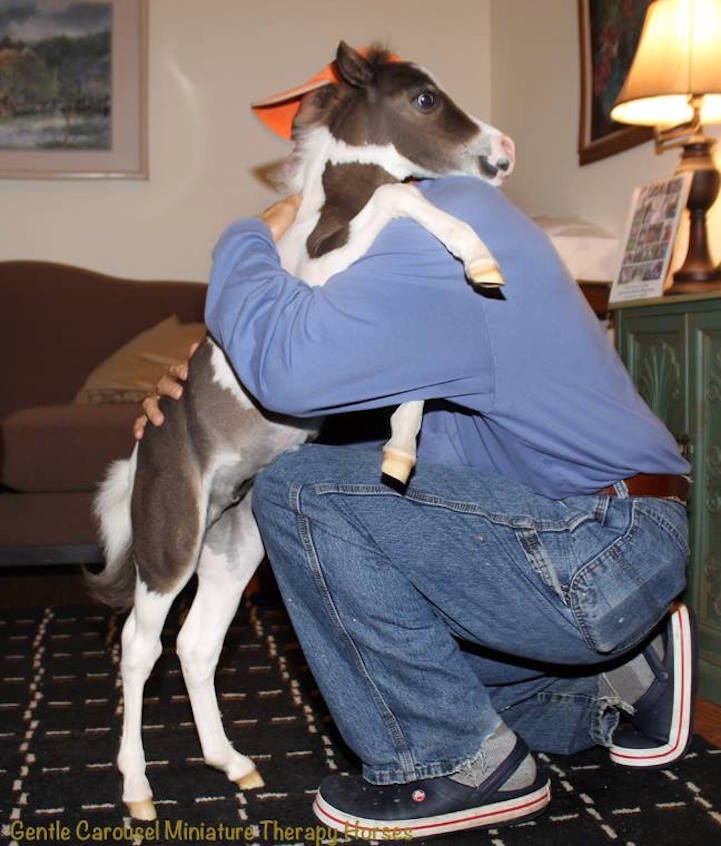 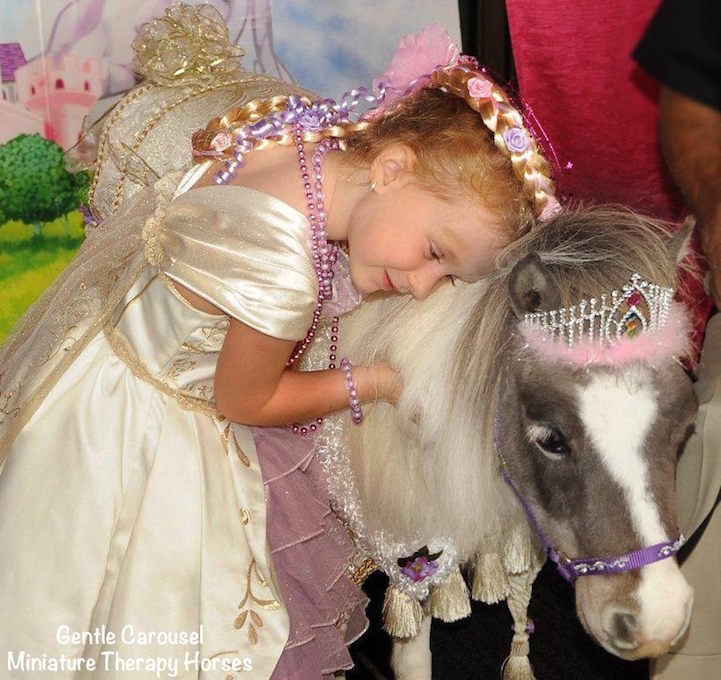 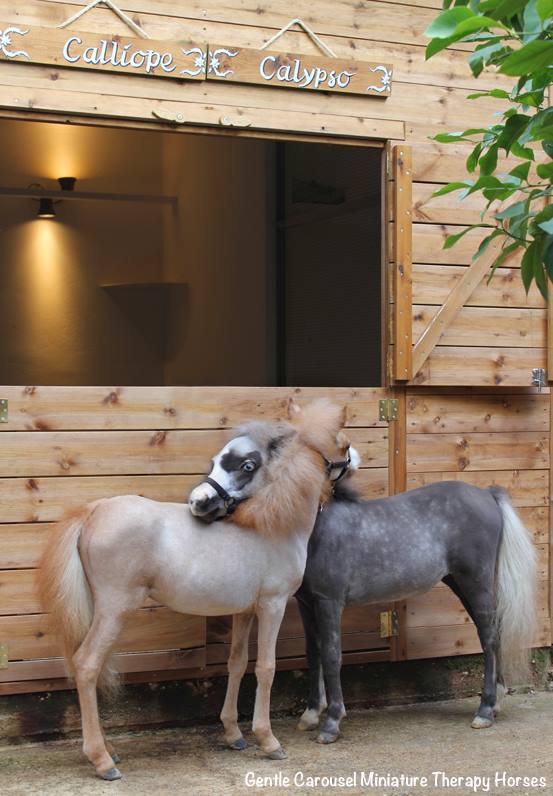