George Zimmerman Portrait Made with Skittles 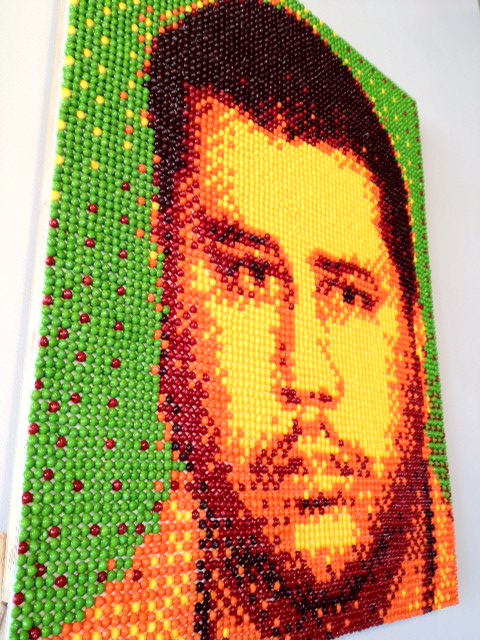 Denver art student Andy Bell has made a controversial portrait of George Zimmerman, the man charged with second-degree murder in the shooting death of 17-year-old Treyvon Martin, with 12,250 Skittles, the candy that Martin was carrying when he was shot. The artist took Zimmerman's famous mug shot and then used Photoshop to map out his pixelated portrait. With the help of his wife and friends, he then glued the candy to a 36″x 48″ of plywood and then covered it in varnish. Displayed until June 1, 2012 at RedLine Gallery in Denver, the piece is called “Fear Itself.”

“I wanted to do all I could to raise awareness about the case,” Bell said. As the Denver Post states: “The piece isn't about condemning Zimmerman, but a way of tapping into the conversations that have sprung up in a country divided by judgment on the case. Some believe Zimmerman killed an innocent kid. Others think he was acting in self-defense.”

Below is a detailed shot. 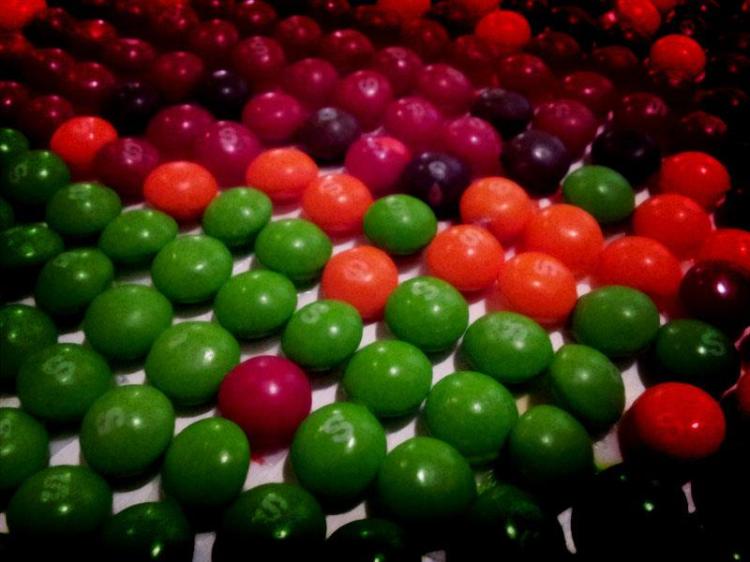