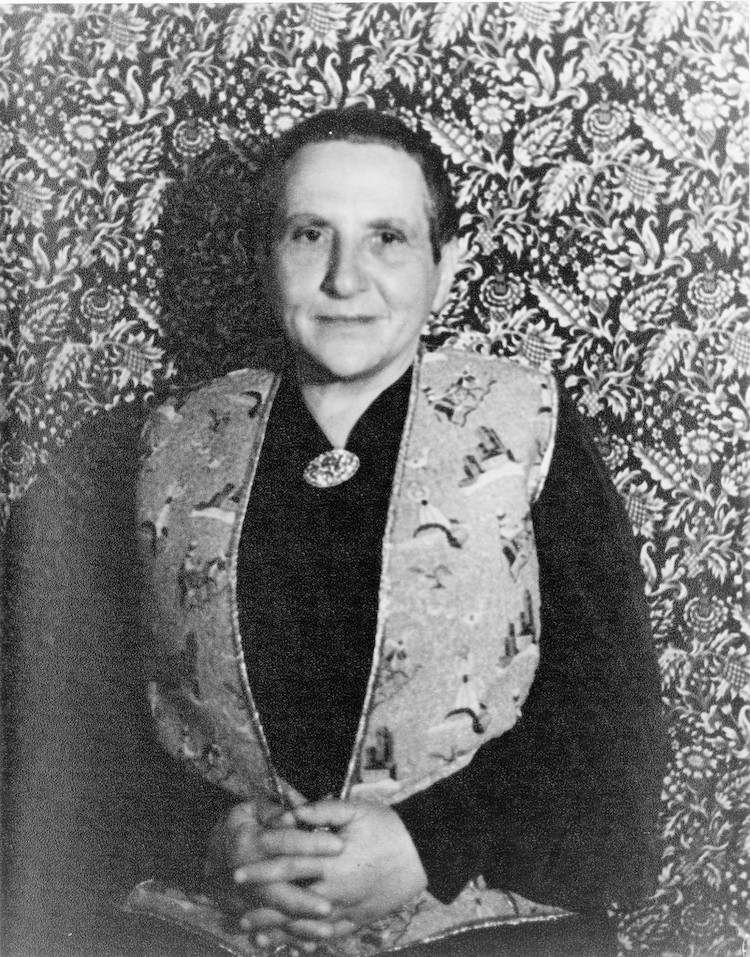 Few collectors have had as great an impact on modern art as Gertrude Stein. Living and liaising in early 20th-century Paris, Stein had connections to some of the period's most important artists. Her close-knit relationships with figures like Pablo Picasso and Henri Matisse enabled her to foster incredible friendships while building a world-famous art collection.

Curious to learn more about the exceptional life and work of Gertrude Stein? Read on for a selection of facts that trace her biography and paint a picture of the pivotal role she played in the modern art movement. 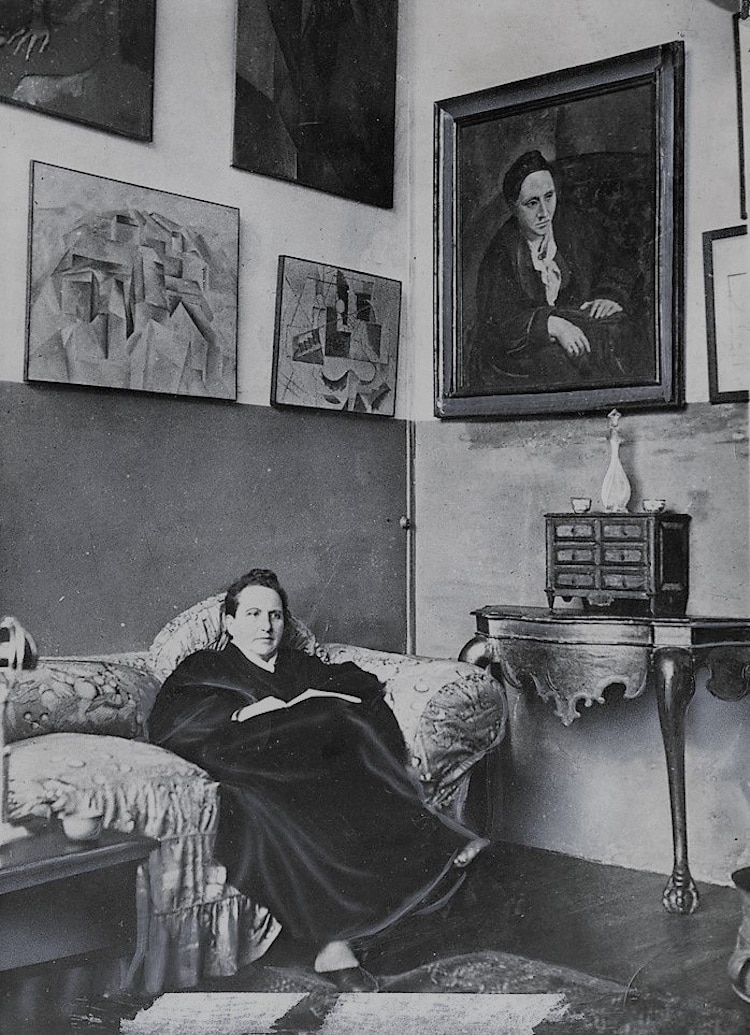 Gertrude Stein sitting on a sofa in her Paris studio, with a portrait of her by Pablo Picasso, and other modern art paintings hanging on the wall behind her (Photo: Wikimedia Commons Public Domain)

Stein lived in Europe for a year as a toddler.

In 1903, when Stein was 29 years old, she made a permanent move to Paris. This, however, was not her first time living in Europe. When she was just three years old, her family relocated from her birthplace in Allegheny, Pennsylvania to Vienna and then Paris. Here, her parents hoped that she and her five older siblings would absorb the art and culture of the continent.

While they remained abroad for just one year before moving to Oakland, California, this sojourn undoubtedly had a lasting impact on Stein, who, shortly before her death, noted that, “from almost a baby on,” she “always wanted to be historical.” 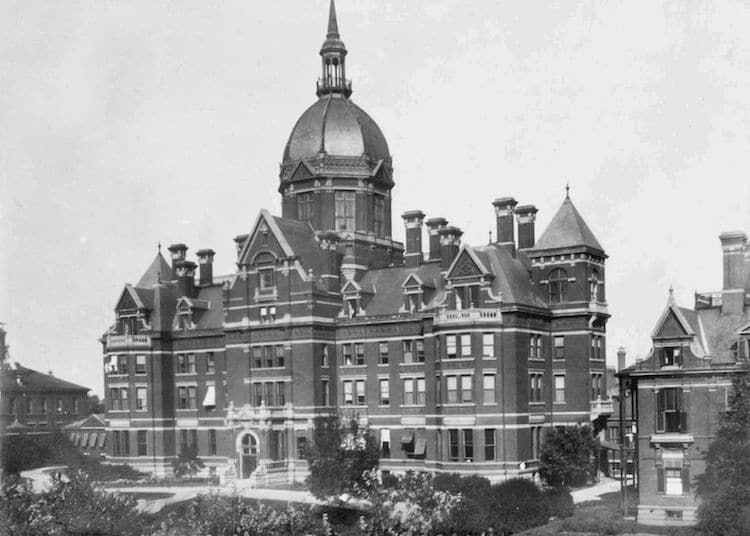 Prior to working in the realm of art, Stein had stints in both psychology and medicine. Encouraged by William James, a prominent American philosopher and psychologist who also served as her mentor, Stein enrolled in Johns Hopkins School of Medicine in 1897. During her fourth year, however, she failed a key exam and dropped out of school.

She started her famous collection with her brother. 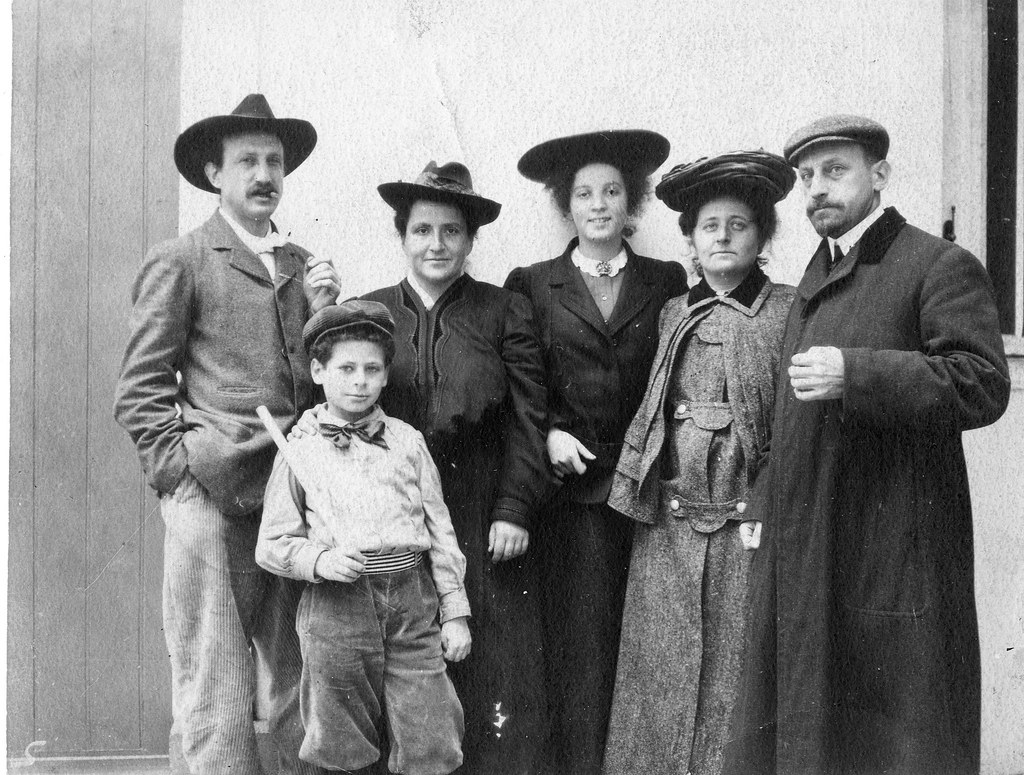 Shortly after abandoning her studies, Stein decided to accompany her brother, Leo, to London, where they lived for one year. After this stint, they moved into an apartment on the Left Bank of Paris. Using connections Leo had made during his travels in the early 1890s, they quickly began collecting contemporary works, with Paul Cézanne‘s Bathers and Paul Gauguin‘s Sunflowers and Three Tahitians among their first acquisitions.

In their Paris apartment, the Stein siblings would regularly host avant-garde artists and groundbreaking writers, including Ernest Hemingway and F. Scott Fitzgerald. Due to the nature of these gatherings, their flat would become known as the “Stein Salon”—a name that stuck even after Leo Stein moved out in 1914.

She sat for Picasso over 80 times while he painted her portrait. 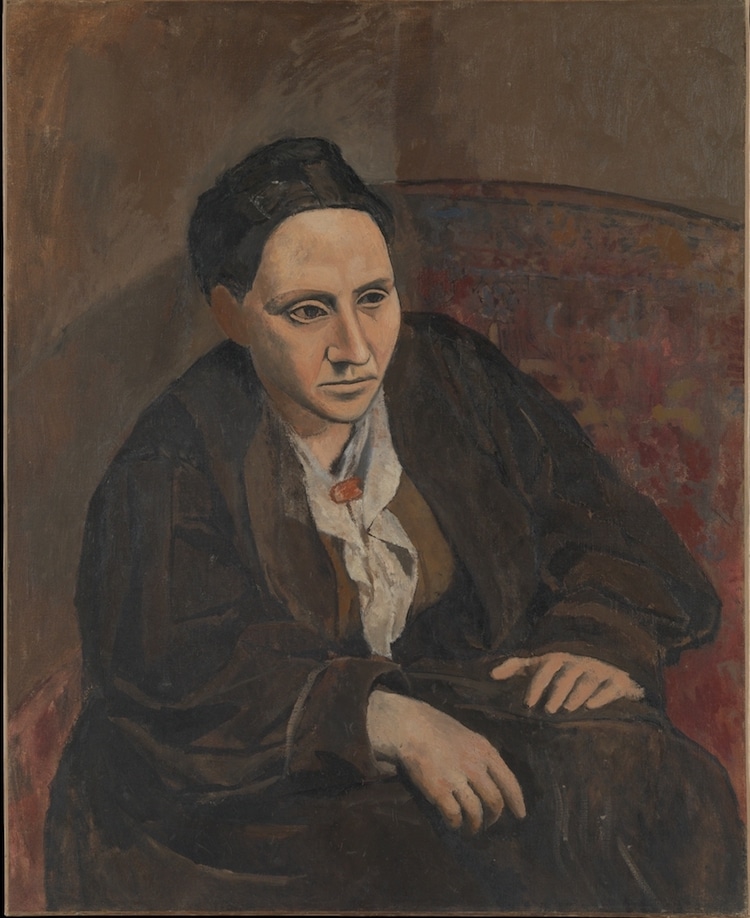 One of the most frequent visitors to the Stein Salon was Pablo Picasso. As one of the artist's most outspoken supporters, Picasso credited Stein's patronage as a catalyst for his early success. Their relationship was solidified as early as 1905, when the Steins acquired their first painting by Picasso and, seemingly as a “thank you,” the artist decided to paint a portrait of the younger Stein.

Rendered in a style typical of his Rose Period—a phase characterized by Picasso's use of warm tones and “primitive” influences—this painting reimagines Stein as a monumental figure with a face reminiscent of an African or Iberian mask. Because of this aesthetic, contemporary critics argued that the portrait did not resemble the sitter. Stein, however, disagreed, noting that, during the “80 to 90” times Picasso asked her to pose for the portrait, he perfectly captured her likeness.

“I was and I still am satisfied with my portrait, for me, it is I, and it is the only reproduction of me which is always I, for me,” she wrote in her book, Picasso.

She wrote a children's book. 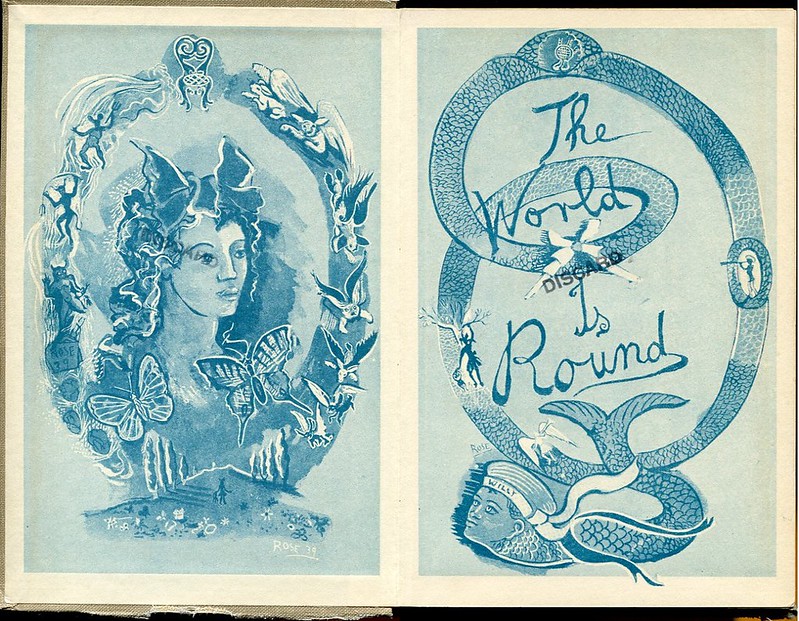 Stein had a successful career as a writer. Among her most well-known works are The Autobiography of Alice B. Toklas (a memoir of her life told from the perspective of her life partner, Alice B. Toklas), The Making of Americans, and Tender Buttons. On top of these longer works of prose and avant-garde poetry, she also wrote The World is Round, a little-known children's book.

The World is Round was written in collaboration with Clement Hurd, the American artist who illustrated Goodnight Moon. In fact, it is Goodnight Moon‘s author, Margaret Wise Brown, who encouraged Stein to write a book for younger audiences in the first place. While working at W. R. Scott, a children's literature publishing house, Brown asked numerous contemporary writers to pen books for children. Stein agreed, culminating in the creation of The World is Round, “a whimsical tale that delights in wordplay and sound while exploring the ideas of personal identity and individuality.”

She was buried in Paris’ famous Père-Lachaise Cemetery. 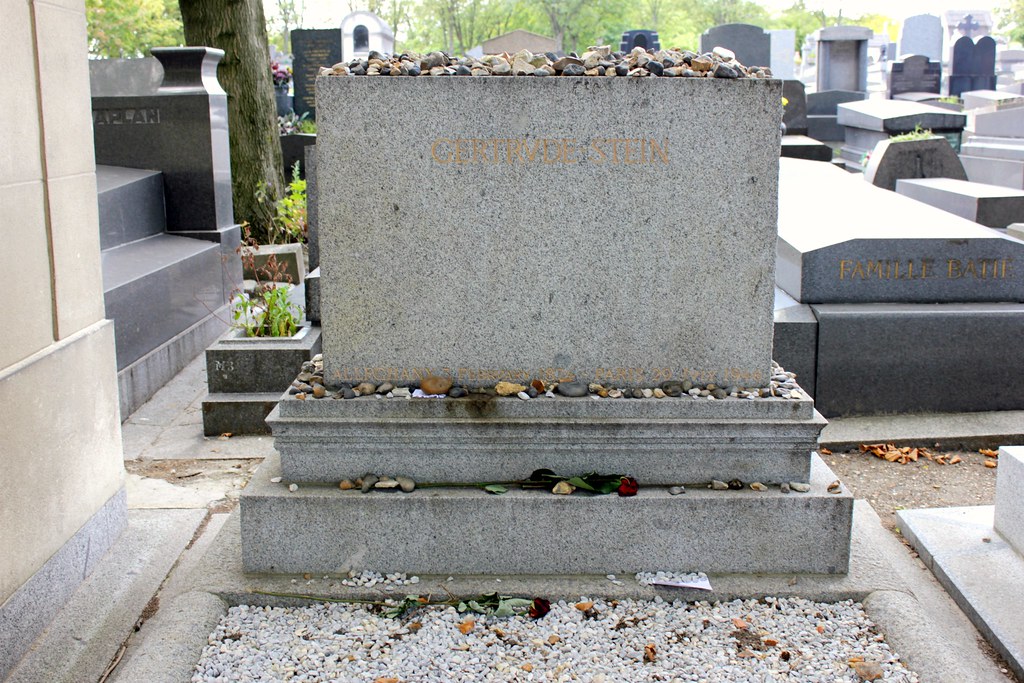 Stein continued to collect art, host salons, and write for the remainder of her life. In 1946, she passed away in Paris. She was laid to rest in Père–Lachaise, “the most prestigious and most visited necropolis in Paris” that houses the tombs of France's most important figures, from Molière to Edith Piaf.

When Alice B. Toklas died in 1967, she was buried beside Stein. Today, people can visit their side-by-side graves to pay their respect to Stein—and celebrate her contributions to modern art.