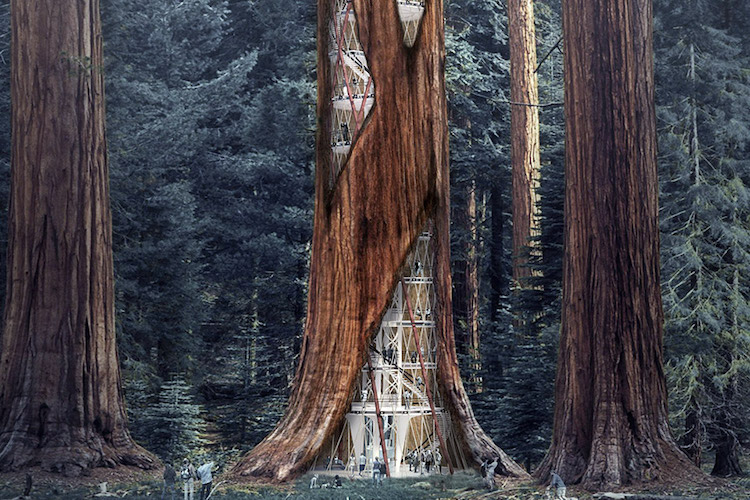 Architecture and design journal eVolo focuses on innovative design based on technological advances of the 21st century. Since 2006 they have run an annual Skyscraper Competition, inviting architects from around the globe to unleash their fantasy and create the skyscrapers of the future.

One of 444 projects received was the Giant Sequoia Skyscraper by a group of South Korean architects, which won an honorable mention. The architectural concept plays on the idea of man's continuous desire to overtake nature, as manifested in deforestation. The collective attempts to find balance and harmony with its skyscraper, and selected the impressive sequoia tree as their vessel.

Noting that modernization has chipped away at the lifespan of sequoias, the concept takes advantage of the empty trunks of these dying giants. The man made structure replaces that which has been lost, providing a living space for humans. “It then becomes active as an artificial organ to replace the trunks rotten away. Only occupied in the void is the minimal gesture necessary for human occupation,” the architects write. “The project attempts to educate visitors about these natural wonders while feeling infinitely small among these giant creatures of 100 meters in height and of 27 centuries of history.”

This conceptual skyscraper lives inside the dying shell of a giant sequoia tree. 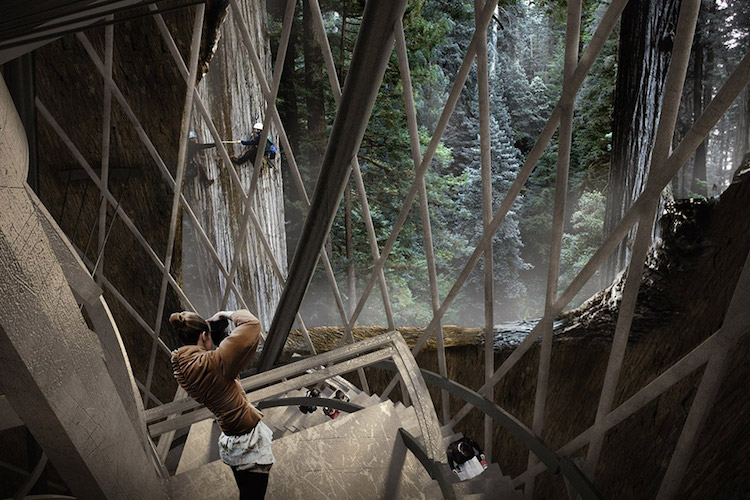 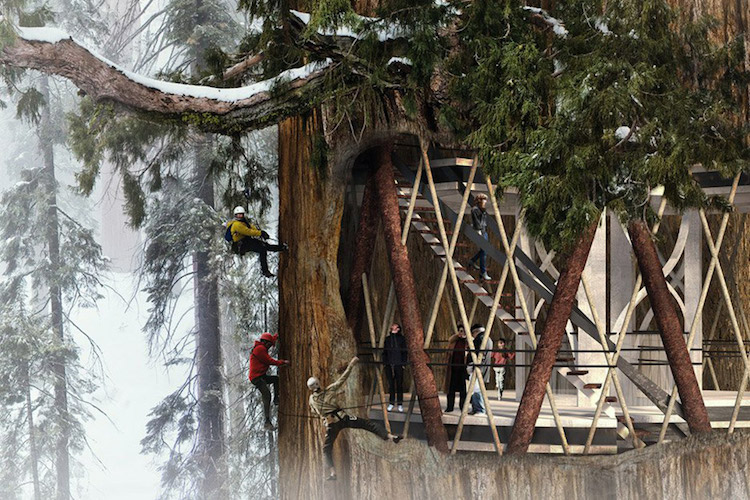 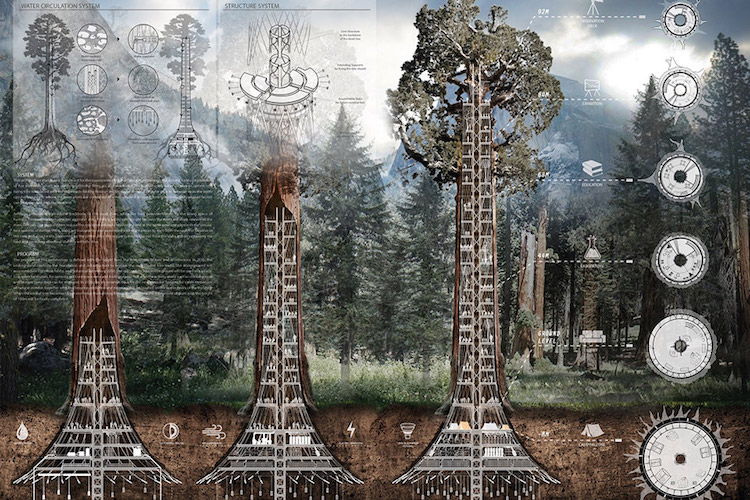 All images via eVolo.